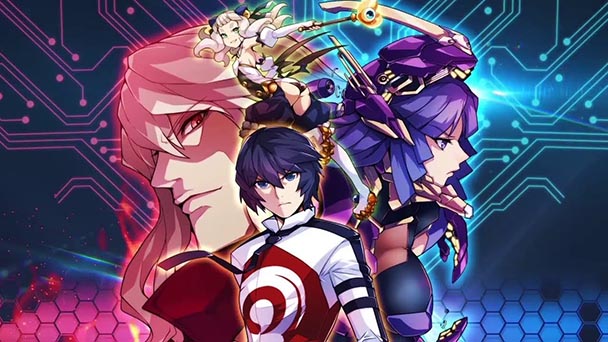 Just a few years ago, quality fighting games were exceedingly scarce on Steam. But then publishers like Arc System Works starting bringing entries from the Guilty Gear and BlazBlue franchises onto PC. Alongside the prominent pugilistic efforts, a number of smaller titles followed, introducing audiences to titles like Under Night In-Birth: Exe Late and Melty Blood Actress Again Current Code. Success meant that not only would personal computers receive new fighting game releases alongside their console counterparts, but our rigs would also be privy to a growing library of previously issued fighters.

Such is the case with Taiwan-based FK Digital’s Chaos Code. Originally introduced to Japanese arcades, the title was subsequently published on the PlayStation 3, where its quirky cast of fourteen characters and accessible mechanics helped to alleviate the absence of online play. With the recent release of follow-up Chaos Code: New Sign of Catastrophe, net-based competition has been built-in, allowing PlayStation 4 and PC owners to square off across a multitude of creatively themed stages. 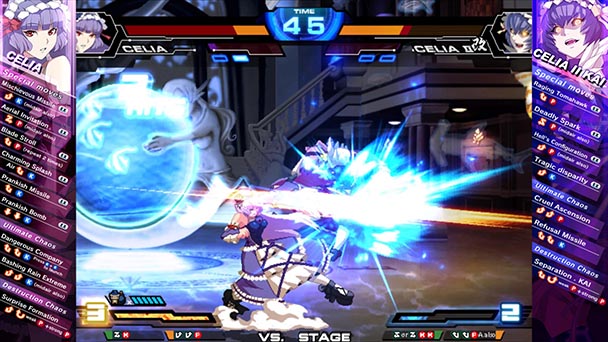 At its heart, Chaos Code is an approachable fighter, whose four button combat system facilitates combo-driven gameplay. Beyond assembling strings of strikes from quarter and half circle maneuvers, there are also a few nuances that require players to be mindful. A stun gauge increases every time a combatant takes a hit, and once filled, characters are stunned and susceptible to assault, goading gamers into blocking. Following genre tradition, the title’s flashiest and most punishing moves are tied to another three-part meter, which when filled allows players to release a devastating Destructive Chaos or even an Exceed Chaos assault, which are both as damaging inducing as they sound.

While many of Chaos Code’s mechanics will be familiar to fighting game fans, the title does have a few novelties of its own. After players choose a character, they are allowed to select any two of four Extra moves which are integrated into the fighter’s repertoire. Gamers also determine if their pugilist should use a run or step movement speed, which can send characters either darting across the screen, or gradually hopping toward opponents. For advancing fighting aficionados, New Sign of Catastrophe also has all the intricacies of a top-tier title, allowing cancels, guard breaks, and tactical parries. 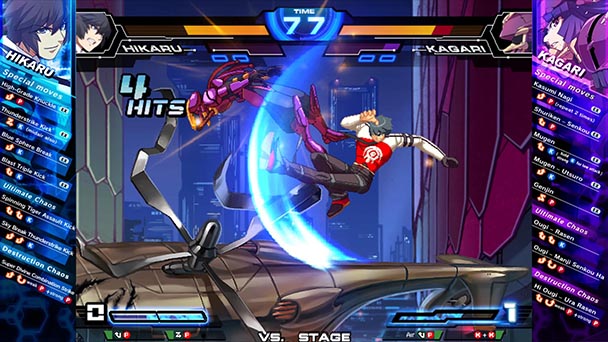 Just as importantly, a diverse and distinctive roster of combats is ready to heed a player’s commands. Each of the title’s sixteen fighters channels a bit of Arc System Work’s trademark quirk. There’s Catherine, a gender-bending cosplayer who transforms into everything from a mischievous schoolgirl to a bride who bops their opponent with bells and a cardboard husband. Cait and Sith are a pair of twins capable of delivering tag-team strikes, while Bravo is a brawny chef who attacks with noodle plates and has a strike which drops opponents into a simmering stew pot. Fan service comes in the form of Gothlolis like Celia (who also has a demon-neko alternative design) and Cthylla, as well as the requisite pantsu-exposing character, the nimble Rui. Echoing the eccentric character design, Chaos Code’s madcap matches feel unique, thanks to the title’s oddball strikes and staccato flow.

What isn’t quite as fun are the absence of a few fighting game essentials. For newcomers seeking a bit of guided experience before jumping into the game’s challenges, there’s an austere practice mode and character commands on screen borders, but no real tutorial is to be found. While most of Chaos Code’s fighting is fluid enough to please contemporary competitors, occasionally sprite animations are a bit too sparse. Primarily, you’ll notice this when throwing opponents, with New Sign of Catastrophe using just a few frames of animation to exhibit the move. 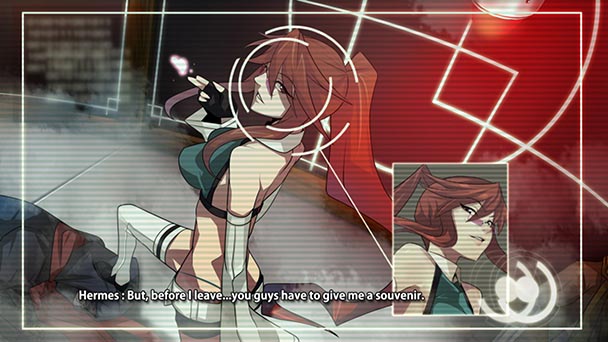 These two deficiencies are rather surprising given the game’s robustness in other areas. There’s certainly a satisfying selection of play modes for single players, who can attain pieces of Chaos Codes’ narrative through the bits of text that bookend battles in Arcade Mode. Additional amusement can be mined from the Survival, Mission, and a Score Attack variants, with the latter supporting an online leaderboard. For those seeking to test their mettle in multiplayer, there are local and online variants, but given the size of the community and the quality of the net-code, most players will probably retreat back to Catastrophe’s other components. 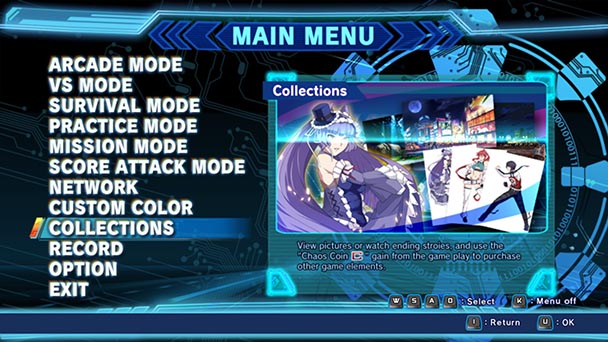 Visually, the game shows its six-year old age. Although fighters are fairly detailed and exhibit enough frames of animation to articulate personality, players should expect the lithe fluidity of a game like Guilty Gear or BlazBlue. Backgrounds undoubtedly channel the charm of Street Fighter II, offering up simple comical dioramas often filled with spellbound spectators. Sonically, there’s little fault to be found in the Chaos Codes’ persistently upbeat mixture of different musical styles. But error is exhibited in localization with a number of careless typos found through the game.

While entries in the Guilty Gear and BlazBlue franchise should be your de facto selections when picking up a PC fighter. But if you already have the bulk of Arc System Works’ development efforts, then Chaos Code is a competent choice. Sure, it might feel a bit dated and the online community will likely remain undersized, but with a noteworthy roster and enjoyable mechanics, New Sign of Catastrophe is a second-tier fighter that’s worth owning. 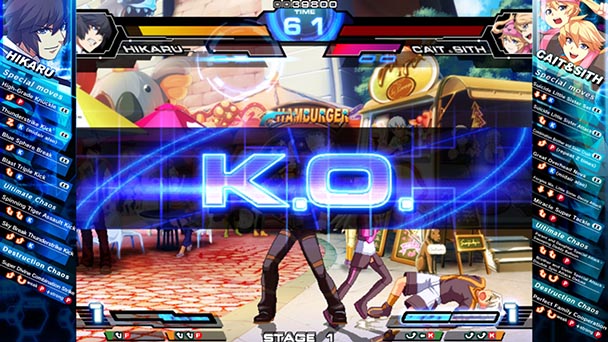 Chaos Code: New Sign of Catastrophe was played
on PC with review code provided by the publisher.

Summary : Chaos Code: New Sign of Catastrophe might not be an essential part of Japanese game history, but it an engaging fighter with plenty of unlockables and well-heeled play.