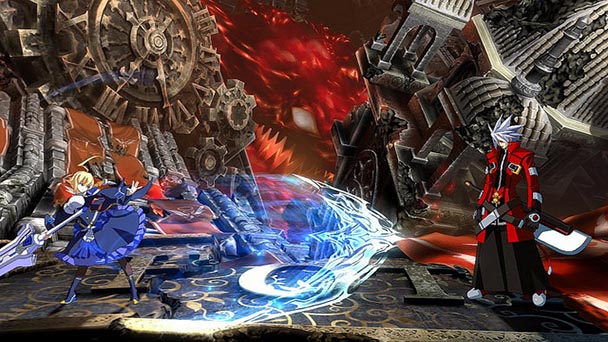 When a prospective opponent would interrupt a Street Fighter II match, the game enthusiastically proclaimed, “Here comes a new challenger”. Although the seminal title helped establish fighting game doctrine, competition transcended the crowds of pugnacious players. There were also a steady succession of corporate adversaries attempting to topple Capcom’s crown. But like a top-tier Ryu player, Street Fighter steadily shoryuken-ed its rivals, leaving only a few fighting franchises standing in the ensuing years.

Beyond Mortal Kombat, Chun Li and company have also had a tumultuous time trying to K.O. Arc System Works’ combo of fighting game finesse: Guilty Gear and BlazBlue. The former is rightfully revered, with a prolific history encompassing fourteen games across an eighteen-year span. But, it’s the latter game that has resonated with players in a remarkable way. Inspiring light novels, manga, anime, and even a radio show with voice actors recreating their “Teach Me, Miss Litchi” roles, BlazBlue has persistently shamed Street Fighter in one oft-neglected area: it’s storyline. 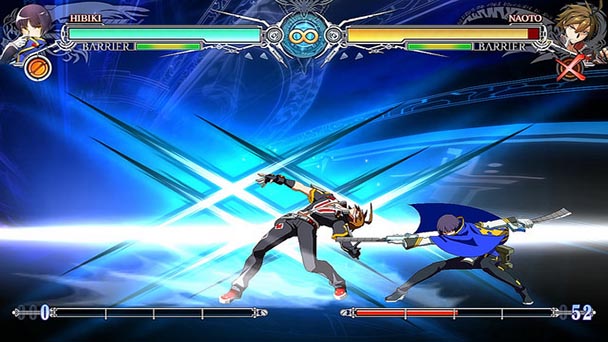 With a subtitle like Central Fiction, it’s obvious that Arc System Works is playing to its strengths. Delve into the game and you’ll find an enormous amount of exposition, bringing a conclusion to the Azure Saga story arc which began in 2009’s Calamity Trigger. For those skeptical if series stalwarts Toshimichi Mori and Yūki Katō and will bring closure to the long-running events, know that there are several plot points that definitively wrap-up the winding narrative, even if some of the secondaries are confined to the peripheries during the process.

Unsurprisingly, perpetually brooding cover star Ragna the Bloodedge receives the bulk of the spotlight, through a protracted storyline that can be both confounding and contenting. Make no mistake, the density of the lore and sheer number of characters easily outstrips Tolkien or Herbert, and the occasional instance of silliness or the employment of amnesia as a plot device is bound to put off more than a few players. But for those willing to make a substantial commitment, Central Fiction pays dividends, extending finality to Ragna’s trek and providing several side stories that further flesh out both characters and mythos. 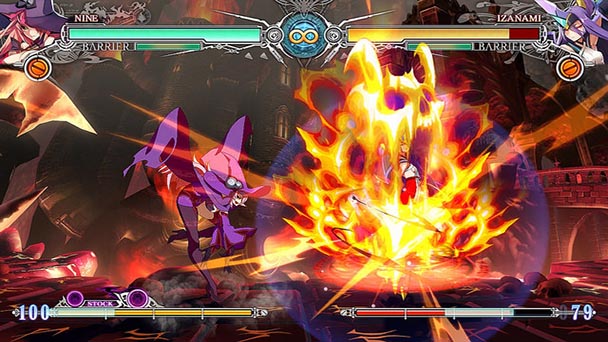 Hospitably, Central Fiction offers a half-hour abridged summary of the events leading up to the storyline. Supplementing that further is an in-game reference, which offers an encyclopedic database of characters, location, powers, weapons, and even fighting game terminology. Pleasingly, the compendium uses a tabbed interface, allowing curious combatants to quickly digest morsels of the game’s minutiae. But even when combined with the synopsis, players might want to seek out additional resources online to fill in any knowledge gaps.

Novices will also appreciate Central Fiction’s tutorials, which do more than just demonstrate the fundamentals of the game. Satisfyingly, there’s a character-specific curriculum, with Central Fiction grads likely fluent in each fighter’s own brand of punishment. Although the seminars might lack the verve exhibited by Guilty Gear Xrd -REVELATOR-’s training, they are a relatively painless way to learn the essentials of engagement and significantly surpass the efforts of Fiction’s peers.  For players that lack the patience for instruction, the game’s “Easy Automatic” setting effectively simplifies input. 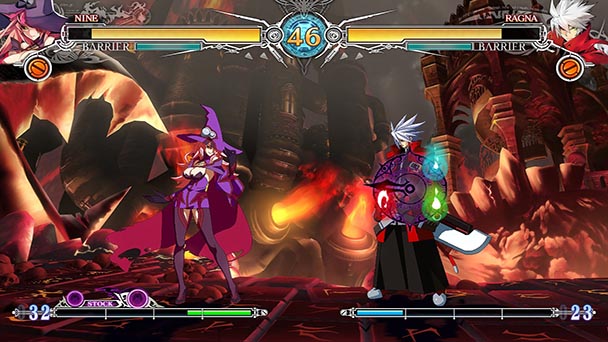 Likely, trainee will discern some of the elements that give Central it’s distinction. Exceed Accel is a devastating Distortion Drive variant that is exceptionally formidable, but subsequently ends a combatant’s Overdrive. Active Flow, is a counterpart to Blaz’s continuous Negative Penalty. Here, fighting aggressively produces an attack boost, and both speeds the recovery of your special attack meter and intensifies the damage of an Exceed Accel. Quite useful is the addition of a countdown gauge which shows just how long Overdrive will last. Collectively, the tunings might seem minor, but have a tangible effect on gameplay, with online competitors escalating their offensive game.

Perhaps the more conspicuous augmentation in the increase in roster size with Central Fiction adding seven new fighters, bringing the count to thirty-five playable characters. The caveat is that two of the new combatants are paid DLC. Voluptuous, hair-antennaed Mai Natsume makes the jump from the Blaz manga while Es, the frilly star of XBlaze – Code: Embryo and Lost: Memories rounds out the pay-to-play cast. While fans of the two Blaz visual novels might have a difficult time snubbing Es, the quality of Central Fiction’s other newcomers should make for a nice distraction. 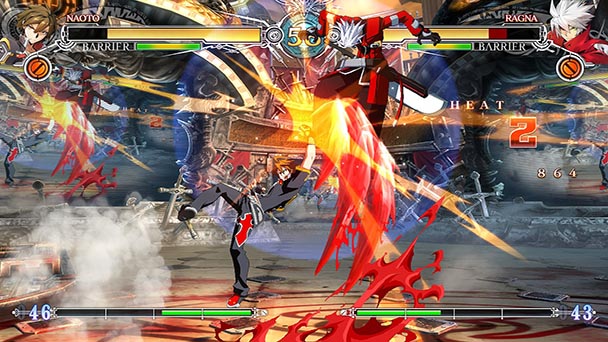 Embodying the sexy witch archetype that fits flawlessly into the BlazBlue universe, Nine the Phantom is poised to become a player favorite. While her move-set can be tricky to master, with over twenty different spells, she’s a fluid and unpredictable opponent who’s adept at bewildering opponents. Hibiki Kohaku’s speed gives an obvious advantage, while his cloning abilities are fated to stymie the easily frustrated. As the protagonist of Bloodedge Experience novels, Naoto Kurogane attacks with his own blood, extending his mobility with ranged strike. Hades: Izanami is one of the few fighters able to float, and with the ability to switch drive modes, extends versatility. Gratifyingly, each new fighter feels unique and when unlockable character Susano’o is added to the equation, the Wheel of Fate is certain to turn anew.

Coupled with a visual and aural output that sears screens and speakers, BlazBlue: Central Fiction is definitely a requisite experience for fighting game fans. Even for onlookers, rebels converge on sensory overload, with nuance lurking beneath a brilliant layer of flash. Like any top-tier entry in the fighting genre, Central Fiction has both the technical prowess and the aesthetic expertise to enthrall aficionados for weeks at a time. 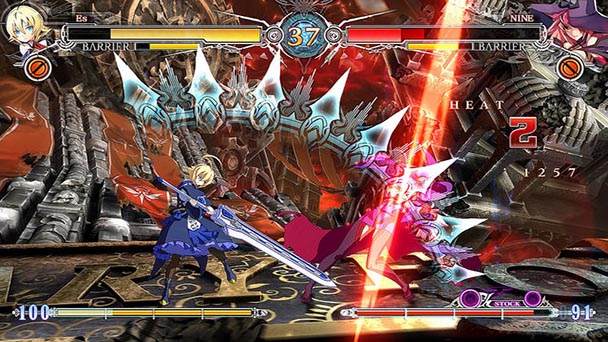 BlazBlue: Central Fiction was played on the PlayStation 3 and
PlayStation 4 with review code provided by the publisher.

Summary : A fitting send-off for the Azure Saga story arc, BlazBlue: Central Fiction combines a massive plotline, a bevy of play modes, and a roster of favorites into one of the year’s best fighting games. Countering a growing trend in fighters, there’s an amazing amount of content contained within. 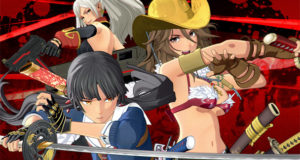 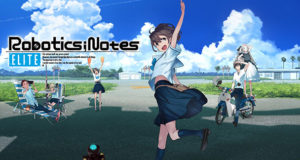