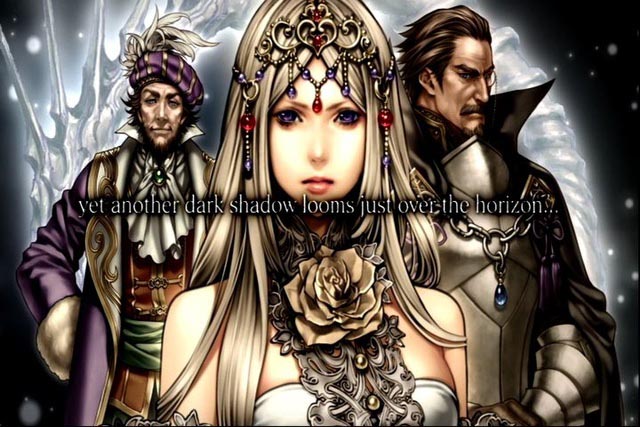 When I say “first person role-playing,” what game comes to mind? Nowadays, it is more than likely a game like Elder Scrolls: Oblivion or Fallout 3. These games use a first person perspective as a means to immerse the player in a different world, but 20 years ago, this was not the case. Early first person RPGs, like Phantasy Star or Wizardry, used the first person perspective as a means to save disc space while creating vast dungeons. By switching out sprites with every step, entire dungeons could be mapped out using only a handful of sprites, meaning the dungeons could stretch for miles without filling up a cartridge. Now, playing through a game one step at a time seems silly and cumbersome, but it seemed like a good idea at the time.

Wizardry: Labyrinth of Lost Souls attempts to recapture the magic of those old games with a painstaking recreation of the first person dungeon crawling we once knew and loved. Unfortunately for some, it may hold its 30 year old roots a little too dear. Just like its age old predecessors, LoLS’ dungeons are traversed 1 step at a time – meaning each time you press forward on the directional pad, you take exactly one step. Each step has an equal chance of igniting a random, turn-based battle, which sounds irritating, but can create a lot of tension when four of your party members are dead, and the exit is three very treacherous steps away. The battles themselves are turn-based, and should feel very familiar to anyone that’s ever picked up a JRPG. With a party of up to six adventurers, whom you can roll any way you’d like at the game’s offset, combat can be very tactical and quite customizable. 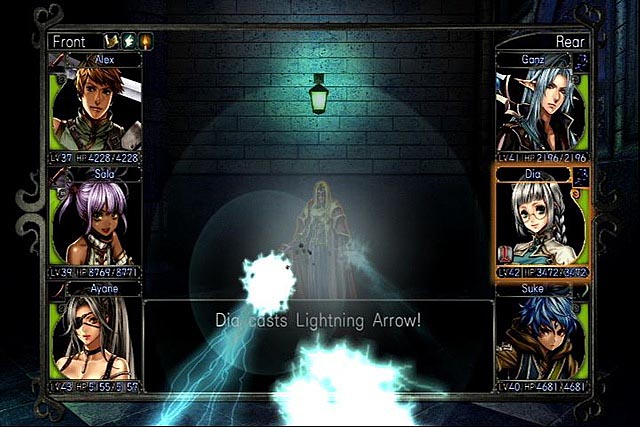 The decision to keep the core mechanics so similar to the original Wizardry formula poses a strange contradiction when presented next to the bazaar modern design choices used throughout the game. Gone are the hand-drawn sprites used to represent the basic modules of the dungeon, instead replaced with polygonal halls. Although this allows for a greater variety in the environments, it also illuminates the unnatural feeling of taking one step at a time. The battles I mentioned earlier offer almost no animation whatsoever, instead resorting to a text readout of the action taking place with nondescript flashes and screen shakes to represent action. Even in the 16 bit era, portrait-based battle systems were able to avoid looking stiff and lifeless – look at Phantasy Star IV. 15 years later, I expect at least as much from that style of animation. This is type of limp, lifeless presentation I bemoan on the PSP, and it looks even worse on the big screen.

LoLS presents an almost impenetrable difficulty curve, but I’m not so sure I would list that as a negative. Understanding that the goal was to recreate the experience of an old PC game, it makes sense that a Wizardry game would drop you into a town with little direction and have you stumble, unprepared, into the nearest dungeon. There are no tutorials and no warmup fights. If you find yourself up against a hoard of imps 3 steps into the first quest (like I did) you had better run (like I did not) or you’ll be starting over. Also, there is no automapping, which again, I can’t describe as a negative since fans of the genre would say that it lends to authenticity, but since I haven’t needed graph paper since high school, making my own map seemed like a lot more trouble than it was worth most of the time, but I couldn’t find my way out of even the smallest caves without it. 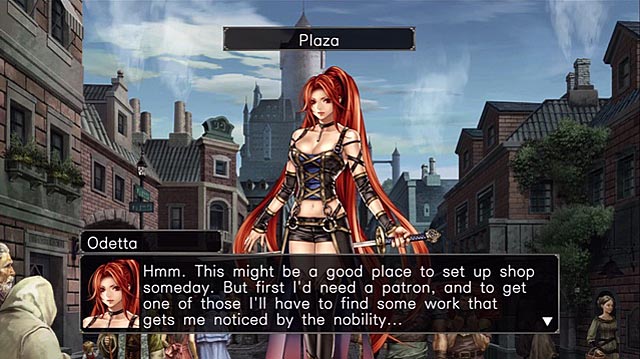 In the end, my opinion is torn as to whether or not I can recommend Wizardry: Labyrinth of Lost Souls. On the one hand, I have a lot of respect for the fact that they attempted to resurrect a dead genre with such zealous attention to mechanics. On the other hand, the game is incomprehensible to newcomers, and it highlights a lot of the reasons that this genre evolved into something better. Still, if you are a fan of these kinds of games, and you’ve already played though all the good ones (Phantasy Star, I’m looking at you) then this may be one of the last times you will ever see this type of a game on your home console. Although I would have rather seen the genre brought a little deeper into the 21st century, it does make me wonder what other game types might benefit from the same treatment. At $10, it’s worth a curious look.