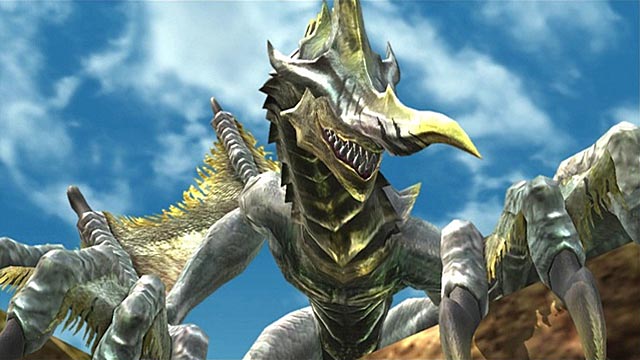 Reviewers tend to approach sequels and expansions differently. Expansions carry with them an understanding that the would-be purchaser is not only familiar with the original title, but actually enjoyed it enough to consider spending additional time and money expanding the experience. Sequels on the other hand offer no such pretension. It is generally best practice to recap the general concept of the series before making comparisons to the original work, since most sequels offer a good jumping-off point for newcomers as well as veterans. White Knight Chronicles 2 has situated itself in a bizarre no-man’s land in between. More than a typical expansion, but not quite a stand-alone – the number “2” in the title only makes things more complicated.

In Japan, White Knight Chronicles 2 was treated as a 30 hour expansion for the original game. In order to begin playing the second game, players would have to finish the 30+ hour main quest of the original White Knight Chronicles. In order to increase availability of the original, as well as to curtail the used game market, WKC2 shipped with a gratis copy of the first game, with stream-lined combat and additional content included on the new disc. The end result is that Part 2 is essentially a special re-release of Part 1 with a 30 hour bonus episode at the end. Now in the US, we hear “two” and think “new,” so the folks at D3 Publishing added a feature that lets you skip forward to the new content without playing the first title, which makes it feel more like a sequel, but I cannot recommend NOT doing this enough. As it was approached as an expansion, White Knight Chronicles 2 offers very little in terms of story recapping, and no tutorial whatsoever. Players that wish to start the second game with no previous cleared-game save are greeted with a party of level 35 characters, one of which has no abilities assigned to him, and expected to run from there. It’s not a very appealing option if you’re a beginner, and honestly you’re skipping over half of what you paid for, so you’ve essentially wasted $30 out of the gate. 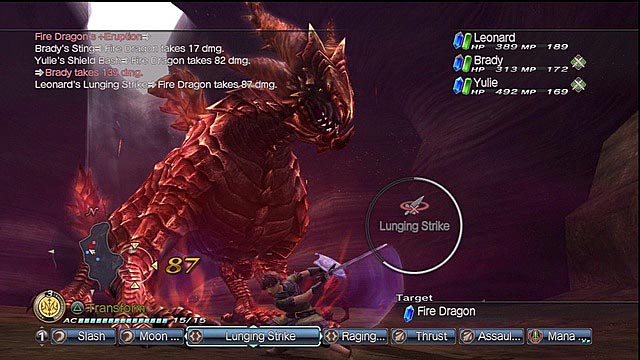 Since this is an all inclusive package, let’s review White Knight Chronicles. You follow a young man named Leonard and his friends as they discover the secrets of the Incorruptus – ancient sets of giant armor that can only be activated by their chosen “pactmakers.” Their first excursion sees them travelling the world to rescue Princess Cisna from the Magi, a group of Magic users that are trying to track down all of the Incorruptus. The plot sounds generic on paper, but WKC approaches its story with an unashamed self-respect that we don’t see a lot from Japan. Effort normally given to regurgitating awkward tropes and goofy, immature love triangles is instead spent on fleshing out an interesting world with a comfortable, but unique flavor that kept me interested without resorting to a lot of cheap skits and slapstick. It felt like I was playing a colorful fantasy game, rather than watching a Saturday morning cartoon, and I don’t see enough of that in games.

The second game directly continues the story-so-far without changing anything about the gameplay. Supposedly, the battle system has been enhanced since the original’s release, but to be honest, the difference is hardly noticable. Combat and exploration will be familiar to anyone who has played a hybrid-style JRPG, like Final Fantasy XII. The player controls a party of three, but only directly interacts with one of them while the computer takes the reigns of the other two combatants. Actions are cued up while an active timer fills, then dispatched on command. There are a variety of attack types, such as slashes, piercing blows, etc. and finding which type works best on each enemy provides ample strategic depth for the first few hours of the game, but the system takes a hit once the White Knight and other Incorruptus are introduced. 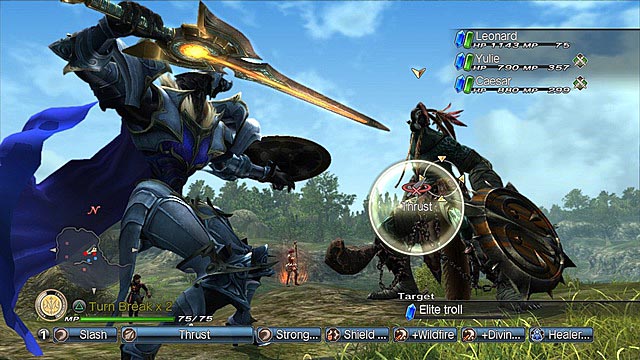 Transforming into an Incorruptus makes the player about 4 times as fast and powerful and also offers the option to attack larger enemies’ out-of-reach weak spots. It gives a great feeling of power and serves as a nice analog to forming Voltron or the Megazord to punch out a tough boss or giant creature. The problem is that the price of admission is a little too high, and starts to effect the standard meat-and-potatoes combat. Beyond your most basic attacks, actions cost MP and AC to perform. However, transforming into an Incorruptus costs a fistful of AC and uses your MP as a vitality bar – meaning in order to make the most out of a transformation you need to have a ton of AC and full MP. Most bosses are designed with the Incorruptus in mind, so the end result is that you spend most of you dungeon crawling performing boring, basic attacks so that you can save up to have an awesome boss fight. The boss fights really don’t make up for the other 75% of time spent hacking at monsters in the field. Luckily, this gets better as you level up and upgrade your max MP, but early dungeons can feel monstrously tedious as you are required to babysit Leonard’s MP and AC rather than cast cool spells or combos.

The game is also weighed down by cumbersome menu and levelling systems. Every level earns you points which can be applied toward various skills and spells. Once a new skill is learned, you then go to a different set of menus to assign the skill to an action slot, where it can be used in combat. The theory is nice, offering a great deal of customizability to both the characters and the overall gameplay, but the execution is slow and irritating. Menus are slightly over animated, meaning that each selection you make takes a little too long. Also, the online-style of gameplay means that menus don’t pause the action, so you may have leveled 3 or 4 times before it’s convenient to assign new abilities, and the only thing worse than spending a half an hour retooling your party is spending a full hour retooling them because they’ve all got 36 unassigned points. 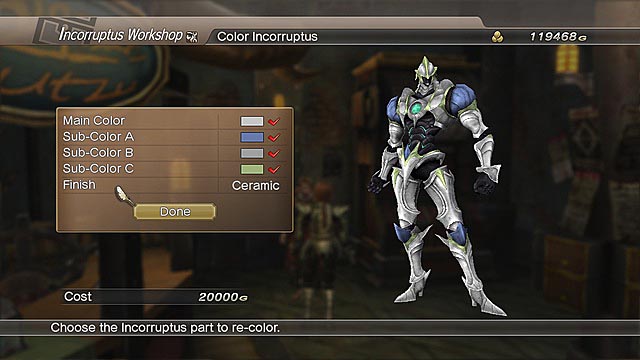 As with the first game, White Knight Chronicles 2 offers an online mode, known as Georama, which allows players to send their created character on multiplayer quests. The most notable improvement to this mode is that the party size has been expanded from 4 to 6 players. Its an interesting way to earn some gold and rare items, but is in no way critical to the story. Most of the rare items I found while adventuring on the Internet were comparable to things I found in shops throughout the game, so it never felt like these side quests gave me the upperhand, aside from leveling up my mute avatar.

Although the sequel by itself offers nothing above a typical expansion, overall White Knight Chronicles 2 is a solid package, and deserving of a second look from JRPG fans. Despite clunky menus and a few deep combat lulls, I managed to enjoy what felt like a truly unique world and I appreciated how seriously it took itself. Still, half of the game is over 3 years old, and I can’t help but use the “if you’re into that sort of thing” qualifier when recommending it. At $60 for well over 100 hours of content, White Knight Chronicles 2 might be the first time I ever call a $60 disc a “good deal.” 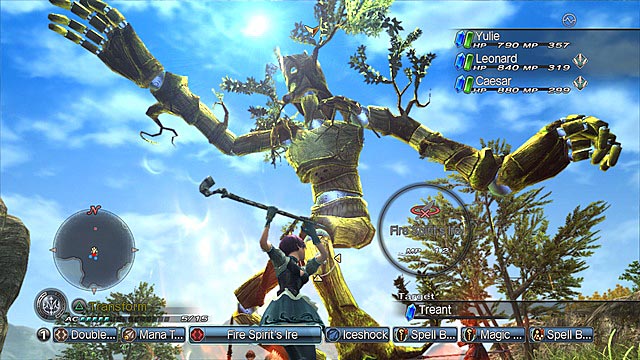