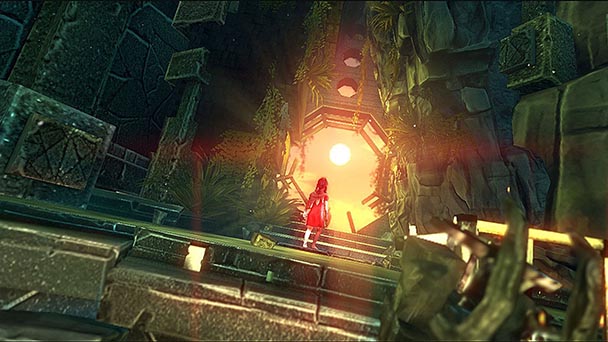 Modern hardware has the ability to render fantastical worlds. Yet, all too often that power is used to generate homogenous battlefields, dungeons, and cityscapes. Fortunately, that’s not the case with Toren, the inaugural effort from Porto Alegre, Brazil-based indie studio, Swordtales. Here, image and sound intermingle synergistically, producing a number of achingly beautiful environments which seem culled from the dreams of the development team. One moment, players will descend a steep staircase suspended above a mirage-filled desert landscape. Immediately after, they’ll be bounding across subaquatic reefs filled with a kaleidoscopic array of sea anemones, all while a Vangelis-inspired score offers a haunting electronic melody.

Fittingly, Toren’s plotline is just as poetic as some of its aesthetics. Drawing inspiration from the biblical parable of the Tower of Babel, the game envisions a man-made spire which reaches so far into the heavens that it draws divine ire. The last bastion of hope is found in Moonchild, a young girl who was born into the tower and is fated to spend her lifetime scaling the structure, ultimately slaying the evil dragon that seeks to inhibit her metaphorical ascension. Deftly, Swordtales storyline is painted in broad, ambiguous strokes, using swaths of poetic script to tell its tale. Even more interesting is the title’s intermingling of the familiar with the fresh. While the game’s context feels rooted in a myriad of mythologies, there’s still a strong sense of wonder as both the tower and other ethereal locals. 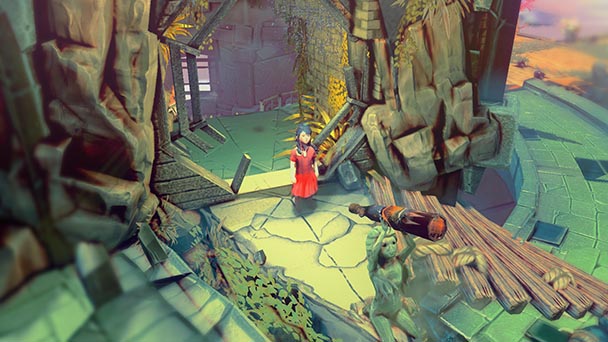 What most refreshing about the Toren’s storytelling is Swordtales’ desire to have player put together the pieces of the game’s plot. Far removed from the typical heavy-handed exposition of so many modern games, the title’s amalgam of allegory, imagery, and light prose feels refreshingly fragile. Since bit of the narrative are conveyed via optional dream sequences and through interaction with certain objects, players might even want to play through Toren twice to appreciate how the different story strands are weaved together into an evocative tapestry.

Woefully, Toren’s lofty ambitions aren’t always realized in execution. At its core, the title incorporates an assortment of popular play mechanics, from push and pull puzzles, light platforming and combat, as well as a bit of stealth. Certainly, the basic design of these elements is well implemented, using a trio of button to jump, interact with objects, or look. The last option is particularly worth a mention, providing players a bit of navigational guidance as the camera pans to where the protagonist should go. 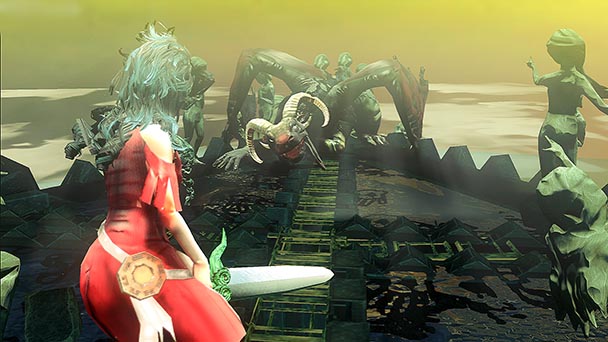 But when it comes to performance, things sporadically falter. Moving around is hindered by the occasional instance of faulty geometry that can cause Moonchild to fall right though the environment. Jumping is functional, but feels a bit floaty, while your sword’s diminutive reach and uncooperative swing animation makes confronting enemies a chore. Even on a high-end PC, Toren can sputter about, and tweaking the scant number of visual customization options won’t prohibit the framerate from dipping at regular intervals.

There are also a handful of other niggling issues. Occasionally, a single error will lead to Moonchild’s demise, pushing her back to a distant checkpoint. While missteps should result in repercussions, here than can feel a bit too punitive, which detracts from the game’s impact. 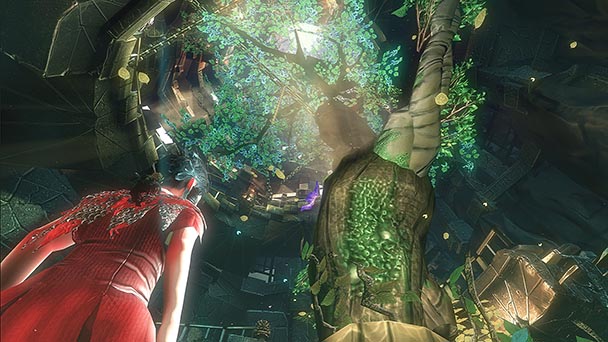 As much as these missteps tarnish the experience, there always seems to be some element capable of pulling players back into a blissful state of wonder. From the depiction of a blazing sun as a hyper-combusting, incessant witness to a gentle deer that emits a soothing bleat when the protagonist reaches to pet the gentle beast, Toren is teaming with the type of moments that most games generate all too infrequently.

While these sights are sounds are dulled by less than polished play mechanics, players seeking an ambitious and thoroughly imaginative experience should seek Toren out. Considering the critical acclaim lavished on Team ICO’s output, it’s a bit surprising that more developers haven’t sought out to make more thoughtful, relaxed experiences. Although Toren can’t quite compare to Ico or Shadow of the Colossus, its shows a prodigious amount of potential from a first-time developer. 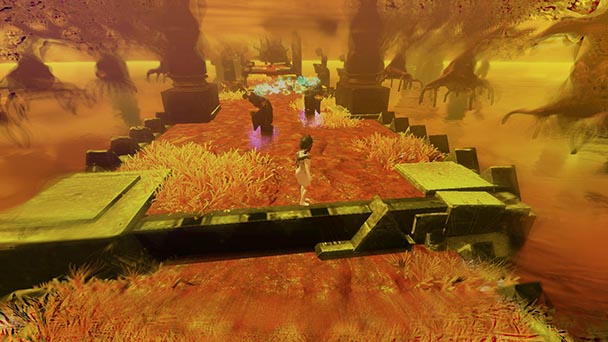 Toren was played on the PC with review code provided by the publisher.

Toren
Platform: PC
Developer: Swordtales
Publisher: Versus Evil
Release date: May 11th, 2015
Price: $9.99 via Steam
Toren review
Modern hardware has the ability to render fantastical worlds. Yet, all too often that power is used to generate homogenous battlefields, dungeons, and cityscapes. Fortunately, that&rsquo;s not the case with Toren, the inaugural effort from Porto Alegre, Brazil-based indie studio, Swordtales. Here, image and sound intermingle synergistically, producing a number of achingly beautiful environments which seem culled from the dreams of the development team. One moment, players will descend a steep staircase suspended above a mirage-filled desert landscape. Immediately after, they&rsquo;ll be bounding across subaquatic reefs filled with a kaleidoscopic array of sea anemones, all while a Vangelis-inspired score offers&hellip;

Summary : Look past the gameplay quirks, and Toren will reward players with a thoughtful, aesthetically involving experience. $10 is about the right price for this exquisite, three-hour journey.