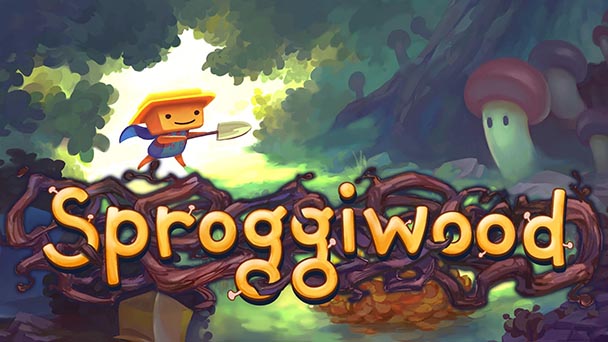 Over the last decade, indie developers have become increasingly enraptured by the Rogue-like. From turn-based descendants like Paper Dungeons and Quest of Dungeons or action-driven variants like Full Mojo Rampage or The Weaponographist, Rogue’s procedurally-generated environments and concept of perma-death are pervasive in contemporary gaming. Titles like Crypt of the NecroDancer have even mixed these mechanics with the cadence of a rhythm game- creating a remarkably creative hybrid. But with so many games relying on Rogue’s tenets, it’s getting harder for new divergences to garner the attention of the gaming public.

At first glance, Sproggiwood might seem like an unremarkable entry in an already crowded genre. Screenshots reveal a lone protagonist making their way through gridded hallways, with remote areas obscured by a fog of war. While the overhead perspective might be familiar, Sproggiwood does beguile the retinas with a tenaciously cute art style. Eschewing the pixelated aesthetic that’s ubiquitous to the Rogue-like, Sproggiwood’s world is composed of cell-shaded, warmly-hued characters and appealing environmental blocks. The game’s six type of adventurers all sport giant, boxy heads, resembling Danbo, Amazon Japan’s cardboard mascot. Jellies look like cubes of butter set upon a saucer, a set of eyes their only anthropomorphized feature. 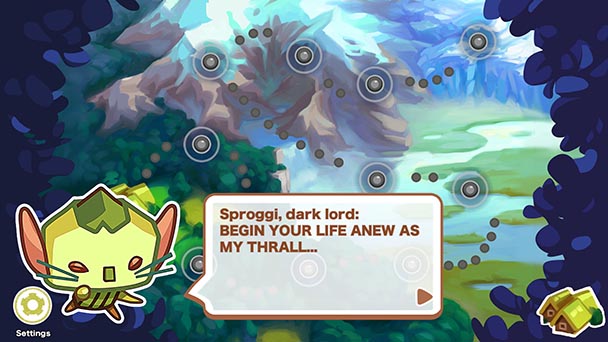 Fortunately, Sproggiwood’s qualities transcend mere visual charm. There’s a refreshing tactical element that complements the typical resource management requirement of most Rogue variants. Moving through the game’s randomly generated dungeons, players have to be persistently vigilant. Jellies, for example, leave a leave residue on the floor that can send the player sliding- or even worse, taking damage as they tread over acidic remains. As an archer, players have to predict where foes will fall, not wanting caustic enemy corpses to impede an ingress. The game’s collection of antagonists follow distinctive patterns, whether it’s the goat-man that will charge players or red jellies which explode in patterns of Bomberman-esque flames.

As tricky as traversal can be, players have a wealth of resources at their disposal. Each type of adventurer can level up, learning new offensive and defensive kills. Pleasingly, each character feels distinctive and plays quite differently. Knights are able to power their way through dungeons, relying on formidable melee abilities and HP-reviving skills to persevere. Archers have the ability to roll their way out of danger and shoot through walls, making them most effective at long-ranges. Although special capacities are constrained by the use of a mana gauge, Sproggiwood nails the balance- pushing players into being prudent, while still making them feel like powerhouses. The sole catch is that these abilities must be procured with every outing; characters only get to keep acquired gold once they’ve defeated the level boss. 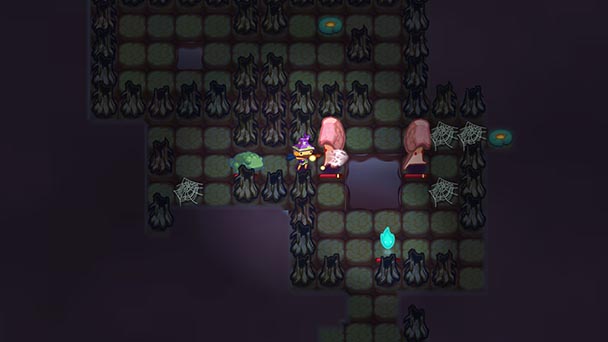 Cleverly, there are a number of elements that help to offset the tedium of repetition. Any found weapons or armor materialize in the town shop, allowing players to permanently acquire items for a bit of coin. Revisiting dungeons with other characters not only pays out a bonus, but fills the title’s collection of ten stages with more recently seen enemies. While there is a bit of grinding as you work to outfit your roster with an effective arsenal, there’s enough randomness to ensure each jaunt remains entertaining.

Where Sproggiwood stumbles is in its city-building. Acquired gold can be used to construct new buildings, which in turn adjusts stats, or unlocks new additional adventurer classes. Players also have the ability to embellish their town, adding bridges and roads as they see fit. But largely, it’s an overly simplistic affair that’s devoid of the any strategic duties. Ideally, you would be more involved, overseeing farms and shops that could contribute to your coffers. Although overseeing your city offers a nice break from dungeon crawling, since there’s so little to do it feels like a missed opportunity. 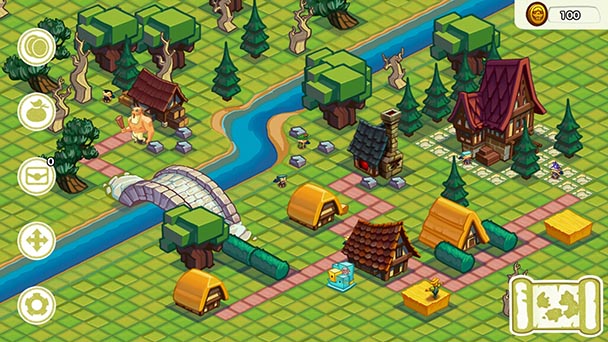 Faring better is the game’s light-hearted storyline, which is driven by the antics of Sproggi, the game’s quirky, and morally ambiguous spirit. Purported rooted in Finnish mythology, the plot is playful but can be a bit hard to follow in the introductory stages. Some of this stems from the game’s expository methods which don’t divulge insights into each character too quickly. That said, developer Freehold Games keeps the length of the dialog sequences under control, ensuring the next dungeon skulking bit is never more than a few minutes away.

Released on Steam last October, Sproggiwood has made its way onto iOS devices without concession. On PC, the user interface seemed designed for mobile play in mind, due to an on-screen compass that was superfluous given the game’s keyboard and full controller support. With support for swiping, a virtual direction-pad, keyboard, and MFi controller, the iOS iteration provides the same functionality, allowing for effortless navigation, combat, and spell casting. Across the Apple ecosystem, Sproggiwood is a battery drainer, depleting half the typical eight-hour charge on an iPad and Macbook Air in about ninety minutes. Unfortunately, the title doesn’t offer any cloud-saving capabilities, so you’ll have to restart your civilization-building endeavor from scratch on each system. 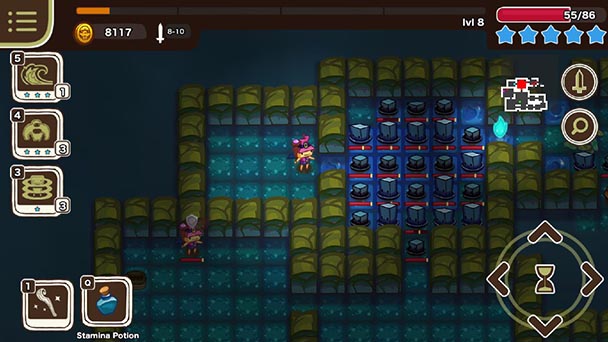 Although there’s a wealth of Rogue-likes on the market, Sproggiwood ranks as one of the better efforts. Elevated by character classes that play divergently, each adventurer faces tense turn-based decisions that transcend simple item management. With ten stages that are breezy enough for mobile play, the title offers enough incentive to revisit the randomly-generated locales, offering just enough exploration to warrant the asking price.

Sproggiwood was played on the PC and iPad with review code provided by the publisher.

Sproggiwood
Platform: iOS and PC
Developer: Freehold Games
Publisher: Freehold Game
Release date: October 14th, 2014 (PC), May 22nd, 2015 (iOS)
Price: $9.74 via Steam, $9.99 via the App Store
Sproggiwood review
Over the last decade, indie developers have become increasingly enraptured by the Rogue-like. From turn-based descendants like Paper Dungeons and Quest of Dungeons or action-driven variants like Full Mojo Rampage or The Weaponographist, Rogue&rsquo;s procedurally-generated environments and concept of perma-death are pervasive in contemporary gaming. Titles like Crypt of the NecroDancer have even mixed these mechanics with the cadence of a rhythm game- creating a remarkably creative hybrid. But with so many games relying on Rogue&rsquo;s tenets, it&rsquo;s getting harder for new divergences to garner the attention of the gaming public. At first glance, Sproggiwood might seem like an unremarkable&hellip;

Summary : While there’s plenty of Rogue-likes out there, Sproggiwood nails almost off the fundamentals of a dungeon crawl, making it a worthwhile purchase on either Steam or the App Store.