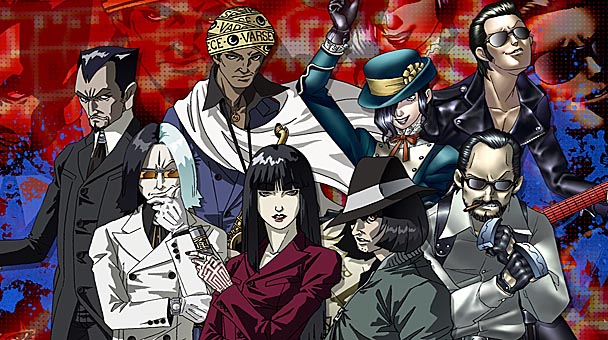 While contemporary gamers can depend on the localization of most popular Japanese role-playing games, this business decision wasn’t always so consistent. Amidst the last 1990’s, publishers’ intentions were frequently rejected, forcing a number of remarkable titles to languish in Japan. While the burgeoning popularity of the Shin Megami Tensei series meant that games such as SMT: Nocturne, SMT: Digital Devil Saga, and SMT: Devil Survivor Overclocked eventually came stateside, some of the franchise’s earliest entries seemed destined for obscurity. One of the unlikeliest candidates for adaptation was Shin Megami Tensei: Devil Summoner: Soul Hackers, a game which would appear to have become woefully antiquated by the release of newer, more advanced MegaTen titles.

Fifteen years later, Atlus has done the unexpected- not only bringing Soul Hackers onto 3DS screens, but also adding a number of agreeable amendments. Although the lengthy interval in bringing the title to the U.S. would seem to expose a certain amount of creakiness, the title succeeds by flaunting the same tantalizing tenets that have gone on to become Shin Megami Tensei fundamentals. While Soul Hackers’ core mechanics may feel familiar to franchise fans, there’s enough plot-based divergence for devotees. Newcomers with a bit of role-playing experience should appreciate that the title is one of the easier entryways into the Shin Megami Tensei universe. 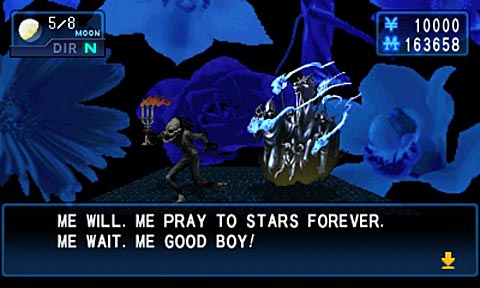 Soul Hackers is set in Amami City, a sprawling metropolis unified by a burgeoning broadband network. Primarily, players follow the exploits of the Spookies, an amiable gang of hackers that have just procured access into to the Paradigm X beta- offering entry into the virtual city. As MegaTen fans may predict, this new gateway is accompanied by the discharge of demons and soon the appearance of an evil faction opposed to the Spookies efforts. Although the title is steeped in the type of neon-hued aesthetic which was representative of late ‘90s sci-fi, revisiting this milieu isn’t as embarrassingly awkward as it seems. Like walking through the cue at Disneyland’s Space Mountain ride, there’s a certain charm in dated futurism, especially when Soul Hackers prophesies about online identities or our dependence on their internet. One of the game’s brightest narrative choices is the inclusion of Vision Quests, brief branches which allow players to step away from the main protagonist, and see the world through a another character’s perspective. The way these missions intersect with Soul Hackers’ main plotline is well conceived, with the actions of individuals often influencing the deeds of the Spookies.

Echoing previous MetaTen games, the story unfolds across two venues: an overhead city map as well as first-person environments. The former are simplified city diagrams permitting obligatory dialog with NPC’s as well as a way to navigate through Amami City. Far more time will be spent skulking though Soul Hackers’ dungeon-like locales. Here, the mix of exploration and occasional puzzling is assisted by the 3DS hardware, with the bottom screen displaying an invaluable map of each site’s floor. Naturally, each venue is seething with MegaTen’s signature compendium of foes compiled from multicultural folklore. One of the franchise’s strengths is a bestiary which allows the Chinese goddess Xi Wangmu to fight alongside a Valkyrie from Norse mythology, creating a mythos that is unequivocally peerless. 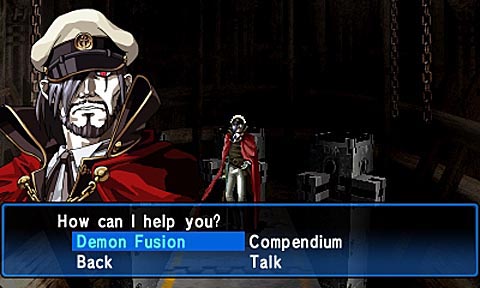 Being a MegaTen game, players aren’t always eliminating each enemy that they encounter. Instead, initiating a conversation with a demon can prove beneficial- with dialog providing peace, presents, and even an offer to join the player’s travelling party. Of course, convincing many of the game’s creatures toward an alliance isn’t easy. Players need to take into account each demon’s behavior, moral alignment, and even the lunar cycle, lest the creature lash out at the team with tempestuous fury.

Defying genre trend, your demonic party member doesn’t level up. Instead, your treatment of each demon governs their loyalty- which in turns influences their effectiveness. Force a benevolent spirit to attack or a magic-using deity to replay on physical attacks and they’ll offer up a sardonic comment. Press them further and the demon will likely defy a direct order and even leave the party. Nicely, Soul Hackers isn’t punitive; sporadically a compassionate creature will need to take arm against an enemy. As long as players have developed rapport with the demon, they’ll be happy to dish out a bit of pain for the benefit of the party. 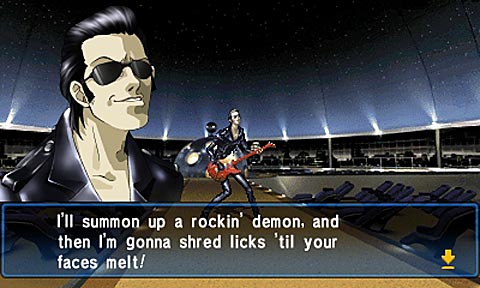 Between the depiction of distinctive personalities and the option for autonomy in battle, one of Soul Hackers best qualities is the representation of characters. Given the game’s late ‘90s origins, enemies and allies feel like more than just stat-driven drones, each entity having its own idiosyncratic temperament. Occasionally, these dispositional conflicts mean players will have to play coach, ensuring that teammates work well together or fusing demons to create noteworthy, new hybrids. The one requirement for demon management is the game’s supply of Magnetite, a currency which regulated everything from the summoning , healing, and maintenance of your monster party.

Pleasingly, Atlus worked into a few supplements to ensure that Soul Hackers would be more than a barebones port. English voice-overs for a majority of the conversations are a satisfying addition, with capable actors supplying an adept delivery. Whereas the original PlayStation iteration of Soul Hackers used the PocketStation peripheral to provide a demon training division, now the 3DS’ StreetPass functionality is employed. Connecting with other Soul Hackers owners bestows D-Souls, a currency which can be used to augment Nemechi, a spritely fiend. Nicely, even those not fated to cross paths with other 3DS owners may still evolve the creature and purchase thirty additional demons by dipping into their supply of Play Coins. Another interesting side activity is supplementing the GUMP, a computer which also doubles as a firearm. With applications which allow for everything from saving anywhere to translating the native tongues of demons into English, the Gun Computer becomes an invaluable tool. 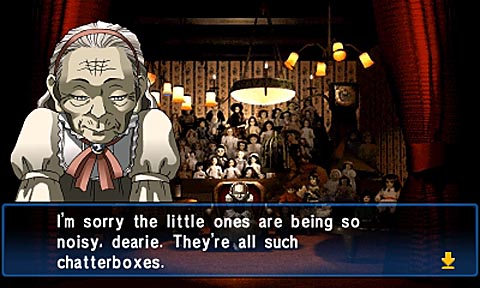 Although Devil Summoner: Soul Hackers isn’t the pinnacle of the Shin Megami Tensei series, seventeen years after its original release the game remains an engaging adventure. Elevated by a magnificent menagerie of creatures from across mythology and a demon management system that is deep without being too dense, the title would make a welcome addition to any JRPG aficionado’s library. One caveat for prospective purchasers: opt for the cartridge-based version, as the download takes up gargantuan 14,000 block footprint. 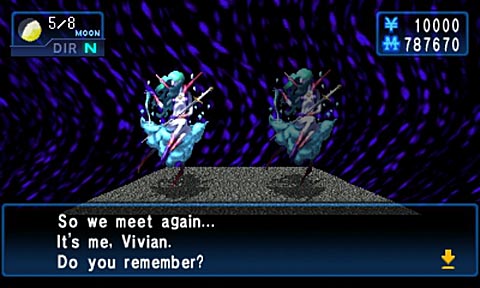 Shin Megami Tensei: Devil Summoner: Soul Hackers Review
While contemporary gamers can depend on the localization of most popular Japanese role-playing games, this business decision wasn&rsquo;t always so consistent. Amidst the last 1990&rsquo;s, publishers&rsquo; intentions were frequently rejected, forcing a number of remarkable titles to languish in Japan. While the burgeoning popularity of the Shin Megami Tensei series meant that games such as SMT: Nocturne, SMT: Digital Devil Saga, and SMT: Devil Survivor Overclocked eventually came stateside, some of the franchise&rsquo;s earliest entries seemed destined for obscurity. One of the unlikeliest candidates for adaptation was Shin Megami Tensei: Devil Summoner: Soul Hackers, a game which would appear to&hellip;

Summary : While you might expect a seventeen-year old RPG to be traumatically archaic, Soul Hackers has aged exceptionally well. Atlus’ vigilant augmentations improve, rather than pervert this demon developing diversion.

Previous: New Releases for the Week of May 8th-14th, 2013
Next: Soul Sacrifice Review