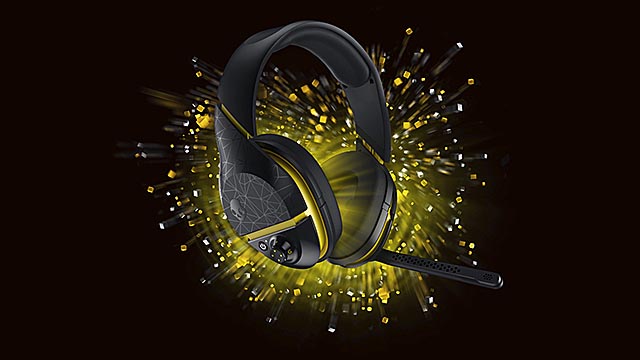 While pampering the eyes with an oversized, high-definition television is now a common indulgence for most gamers, our ears often forgo a similar spoiling. For those who don’t live in apartments, dorms, or share their space with a significant other or roommate, the solution is simple: invest in a sound system capable of delivering ear-coddling fidelity. For the rest of us, a quality gaming headset allows players to enjoy the aural opulence that sound designers toil over- without initiating an argument prompted by the steady staccato of machine-gun fire.

Back when Turtle Beach dominated the marketing, choosing a headset was relatively uncomplicated. Now, gamers are faced with a multitude of options. From the extravagance of the $300, 7.1-pumping, A50 wireless set to the economy of a tethered, off-brand set of cans, choices abound. Following their acquisition of Astro Gaming last April, headphone and audio accessory manufacturer Skullcandy has entered the heated gaming headset battle. While the company’s high-end devices will continue to flaunt the Astro moniker, the new SLYR, PLYR 1 and PLYR 2 lines are aimed at the midrange market. Each offers a slightly different blend of attribute and affordability- while collectively delivering superior sonic output. 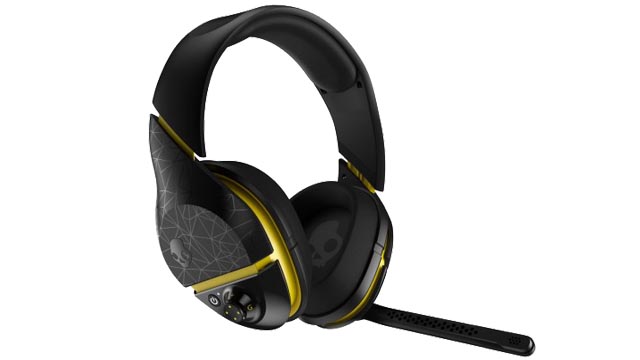 At an $80 price point, the SLYR is Skullcandy’s most basic headset, offering notable sound quality, albeit through a corded connection. Alternatively, the $180 PLYR 1 nearly converges on the Astro market, delivering enchanting wireless 7.1 Dolby Surround Sound. Situated between these two selections is the PLYR 2, which sacrifices the directional fidelity of its brethren, but retains wireless functionality. Considering the unit’s solid build quality, pleasing aural performance, and a reasonable $129.99 MSRP, Skullcandy’s headset is worthy of consideration.

As the succinct trifold manual suggests, setting the unit up isn’t particularly complex. Although the headset is designated as wireless, two physical connections must be made between the console and the GMX Transmitter- a small device which beams sound between a console and the PLYR 2. Included in the box are two RCA pass-through connectors which split the audio, as well as a USB cable that powers the transmitter. Those with a lack of unoccupied AC outlets should appreciate that the device doesn’t burden players. One piece of hardware which would have been welcome is mini-stereo connector cable, for those who have use an HDMI connection or have access to an auxiliary audio input. 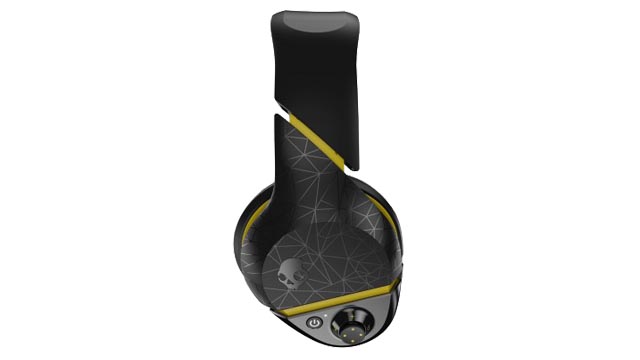 As the Skullcandy marketing indicates, the PLYR 2 can be connected to an Xbox 360, PlayStation 3 or PC. Although unpublicized, the headset can receive output from nearly any audio source, allowing players to receive sound from their Wii, Wii U, portables, iPhones and Android phone and tablets- although they won’t be able to utilize the PLYR 2’s built-in microphone.  Regretfully, a few blemishes can detract from the overall experience. PC output is inexplicably constrained to monaural delivery, while the headset’s microphone lacks sensitivity. In execution, I ended up having to talk much louder with the PLYR 2 than with the Tritton Pro+ set I normally use for gaming.

Although Skullcandy’s Supreme Sound technology seems like strategically ambiguous ad-speak, in execution it means the PLYR 2 delivers a rich sonic output. Grumbling low frequencies articulate the bombast of an exposition without distortion, while the set’s highs are perpetually crisp. More importantly, the headphones don’t subsist in the mushy midrange, contributing vibrant timbres from across the sonic spectrum. For those who want to tweak their sound, the bottom of the PLYR 2 hides a three-position switch, allowing for a bit of variance in tonality. 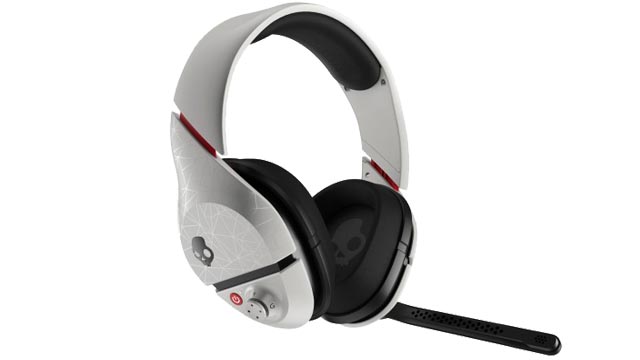 Complementing the headset’s solid aural fidelity are a number of savvy decisions designed to maximize player comfort. Beyond being able to adjust the aperture of the headset, the ear cups swivel on the vertical axis to accommodate nearly any size cranium. Both a cushion pad at the top of the headset as well as the padding around each air is constructed with soft fabric, which might turn out to be a welcome reprieve from the typical vinyl padding once temperatures increase. The downside of the cloth ear cups is that that permit a bit of noise leak; not only do they fail to soften ambient noise, but sound can be heard by others in the adjacent area. The PLYR 2’s deftest choice is to allow gamer to mute their headset by putting the boom in an upright position. This method sure beats fumbling around for an in-line controller.

Pleasingly, the charging duration for the PLYR 2 is blissfully short, while life for the embedded rechargeable battery is better than expected- lasting about 20 hours during our tests. Range shouldn’t be an issue for gamers with the largest homes, the 2.4 Ghz wireless transmitter was able to reach over a hundred feet before signal quality degradation set-in. During at last 40 hours of testing, the headset demonstrated no signs of interference from devices using neighboring bandwidth. 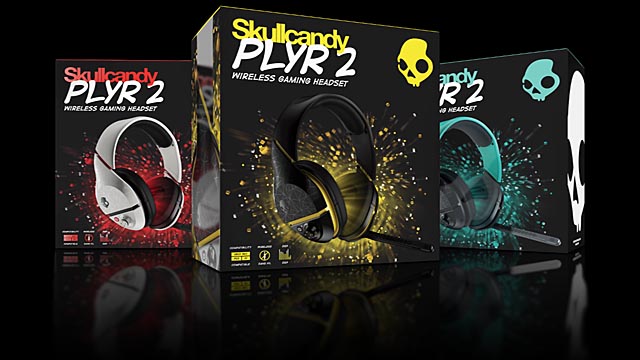 Considering that Dolby Surround Sound on a set of headphones is often a dubious design choice, the $130 Skullcandy PLYR 2 headset commendably bridges the gap between functionality and affordability. If the manufacturer can correct a few blemishes such as middling microphone quality and mono PC output, the gaming headset could be given an unreserved recommendation. As it currently stands, the PLYR 2 is comparable and in some cases superior to its similarly priced peers.