Seed of the Dead review 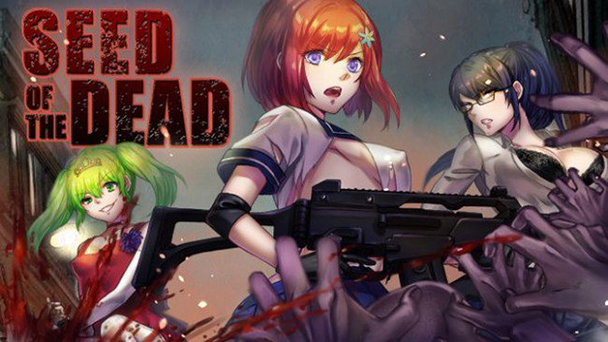 Consoles are delightfully convenient devices. Built around dedicated hardware, technical chores like driver updates and patches are largely handled in the background, producing a ‘power on and play’ experience. But the downside is that a console’s software library is curated by the platform holder, who approves every piece of software before it’s put up for sale. As such, there are instances where the publishers can bowdlerize content. Recently, Sony refused to publish Super Seducer, instigated the cancellation of Omega Labyrinth Z, and forced Senran Kagura Burst Re:Newal’s creators to remove its Intimacy Mode component.

There was a time when Steam was just as prudish. But last June, the platform adopted a new stance when Valve executive Erik Johnson wrote, “We’ve decided that the right approach is to allow everything onto the Steam Store, except for things that we decide are illegal, or straight up trolling”. While the floodgates have opened, explicit game have just started to trickle out slowly. 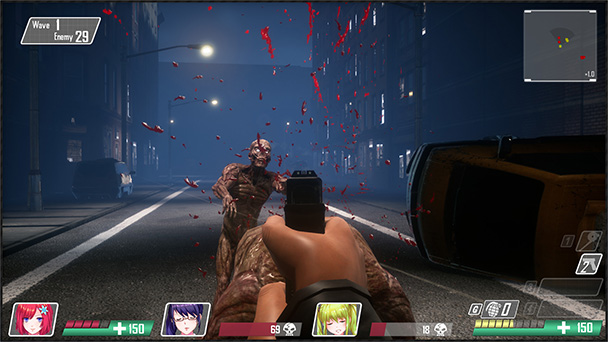 With the recent Steam release of TeamKRAMA’s Seed of the Dead, players are in for some cheeky lasciviousness. But they’ll also have to put up with some amateurish mechanics as well. Sure, it’s comical to see characters get busy in the middle of the street, while zombies stumble around nearby. And being built on the fourth iteration of the Unreal Engine, the stage-ending scenes demonstrate some spicy motion capture and advanced liquid physics modeling. But like many hentai games, the core gameplay is just south of mediocre. Remove the sex and there would be little reason to give Seed of the Dead a second look.

A brief conversation at the beginning of the game articulates the archetypes of the three female leads. Bespectacled Aya Kagano is the eldest of the bunch. Before the outbreak, she studied medicine which explains her clinical outlook on things. Sporting a crimson bob, Hikari Kondo is a runner who has a cheery attitude that inspires positivity. Then there’s resident rich girl, Kirara Suzune, whose father runs a large corporation. Her inherited wealth permits the blonde to bring an enormous Gatling gun to the zombie apocalypse. But in execution, its not radically more effective that the weapons wielded by the other two girls. 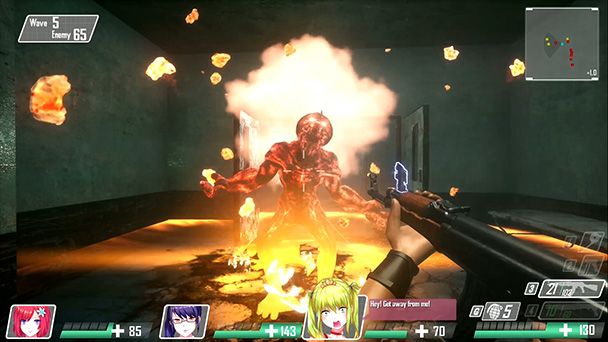 Whereas most of the population has succumbed to the Z epidemic, the three girls and the male lead survive because their immune systems carry an antibody. While they won’t turn into a Z after a bite or scratch, their generous health pools will dwindle when attacked. For the girls, that means their clothing will gradually tear as the game’s four enemy types assault them. Fortuitously, sex is an easy remedy. Initiate intercourse by holding hold a trigger button and you’ll engage in a mini-game that’s supposed to mimic the timing of pelvic thrusts. What you don’t want to do is let a girl’s health bar deplete. When this happens, they slump to the ground, naked, and become susceptible to the desires of the bipedal zombies.

Gameplay That Only Barely Excites

Predictably, there’s the obligatory exposition that occurs after each act. While there is the occasional comic banter, where the girls balance their need for sex with their end-of the-world image, most of the conversation exists to advance the plot. So most of the time, it’s a set-up for a series of wave-based attacks, time-based defensive undertakings, and navigational undertakings. One act has Kirara picking the lock that guards a hospital door. Despite taking what seems like an eternity to open the entrance, she’s mocked by the other girls for her thief-like abilities. TeamKRAMA seems to appreciate these contradictions. Later, when it’s time for the post-level sex scenes, the developers situate them in some of the grimiest environments possible, which feels pretty transgressive.

Bu in order to witness back-alley fallatio or toilet-top doggy style, you’ll have to survive some pretty lackluster combat. The protagonist unfailingly carries a sawblade wedged in a baseball bat as well as a pistol with unlimited ammo. These offer a choice of melee or ranged conflict, but neither feels visceral. You’ll also be able to pick up ammo-dependent arms like SMGs and shotguns and while these pack more punch, there’s little physicality when gunning down the Zs. You’ll eventually uncover some weapons that are bit more enjoyable, but since Seed of the Dead is a three-hour affair, the gratification is short-lived. 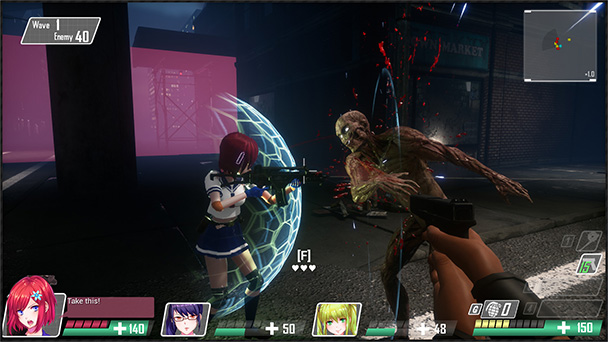 You’re fighting for interludes with each of the girls and a concluding harem sequence. Here, Seed of the Dead permits full camera control, so you can watch the deed go down from almost any angle. However, you won’t see any genitalia since the Steam version obscures things with mosaics. But you’ll undoubtedly discern what’s doing down. Similar to the freedom offers by the game’s camera, you’ll see these acts broken down into smaller events, which you can rewind, replay, or just let loop and increase Steam’s time tracking with the title.

With Steam adopting a more relaxed approach to software, it’s refreshing to see adult games become available on the platform. While Seed of the Dead’s third-person sex scenes are rousing, the first-person violence won’t create much excitement. Like when the offer arises for sex atop a filthy toilet, you’ll want to proceed with caution. 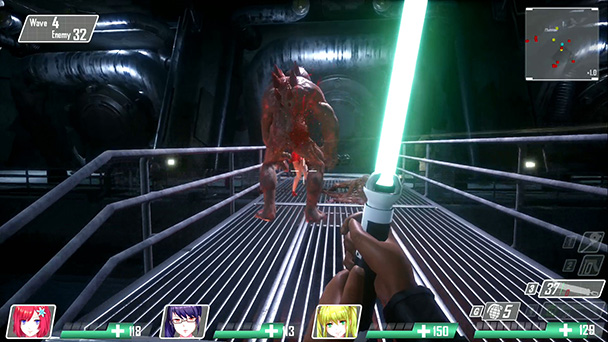 Seed of the Dead review
Steam Sanctioned Sexiness Consoles are delightfully convenient devices. Built around dedicated hardware, technical chores like driver updates and patches are largely handled in the background, producing a &lsquo;power on and play&rsquo; experience. But the downside is that a console&rsquo;s software library is curated by the platform holder, who approves every piece of software before it&rsquo;s put up for sale. As such, there are instances where the publishers can bowdlerize content. Recently, Sony refused to publish Super Seducer, instigated the cancellation of Omega Labyrinth Z, and forced Senran Kagura Burst Re:Newal&rsquo;s creators to remove its Intimacy Mode component. There was a&hellip;