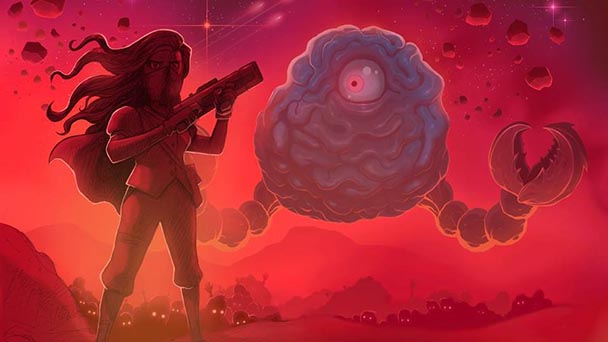 As Grand Theft Auto demonstrated, advancements in hardware technology haven’t always changed the way we interact with game worlds. With the last several iterations of the franchise have been set in an intricately detailed, three-dimension cities, the bit-mapped municipalities of the original games (as well as Brian Provinciano’s Retro City Rampage) flaunted the same fundmamentals of running, shooting, and vehicular mayhem. Likewise, Tikipod’s Rock Boshers DX validates this assertion, imagining how the contemporary action shooter would look on a 1980’s-era ZX Spectrum computer.

A whimsical set-up imagines Queen Victoria sneaking away from the monarchial monotony of Buckingham Palace, for the opportunity to visit Mars. But the excursion turns out to be little more than a ruse to enslave ‘Rock Boshers’ the eponymous workers who are exploited to cultivate the red planet’s stony surface. Unsurprisingly, the absconded Queen becomes the focal point for a rebellion, making her way through a succession of single-screen stages which blend action, puzzling, and prioritization. 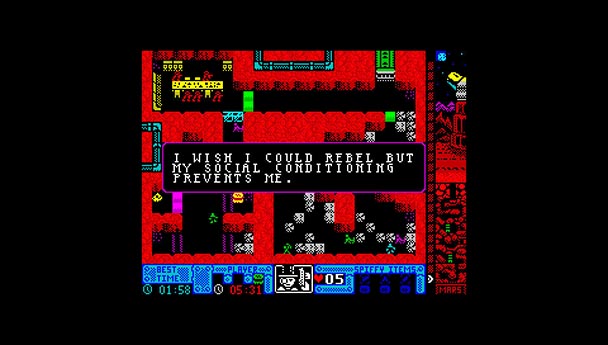 Following the prologue that establishes the ruler’s taste for Earl Gray tea, cheddar cheese, and jammy scones (which become concealed collectables in each level), our Queen picks up her first weapon, a pistol with unlimited ammo. Although both the PlayStation 4 and PS Vita versions of Rock Boshers DX utilize both analogs to guide Victoria and allow her to fire in eight directions, the title isn’t concerned with replicating the speed of modern twin-stick shooters. Instead, the game’s pace harks back to games like Shamus, compelling players to asset the importance of encroaching threats, instead of merely relaying on razor-sharp reflexes to eliminate danger.

Pistol-toting guards initially come gunning for the player, with their angled shots prompting the Queen to take cover behind indestructible walls. Despite its primitive visual output, Rock Bosher DX echoes the firefights of modern shooter, prompting players to send a stream of bullets toward any foes foolish enough to step into the line of fire. Soon, throngs of Martian zombies complicate matters, with hordes shambling and surrounding players in constricted hallways. Sure, the rate of fire might be repressed, but the intensity is elevated, as gamers alternate between targets approaching from multiple directions. 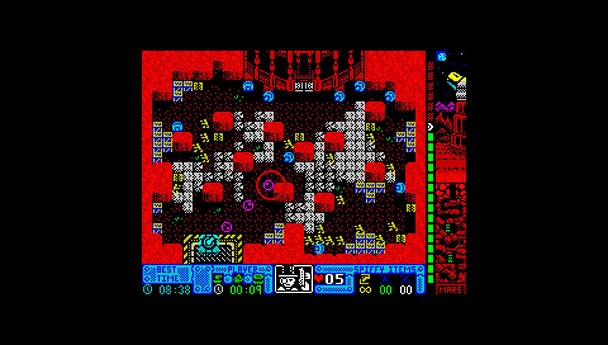 Wisely, Rock Boshers DX is just more about shooting, with each stage tasking players with deciphering the systematic method of achieving success. Some of this is fixed, with players collecting keys which open color-coded doors or interacting with terminals. In other instances, it’s up to players to figure out the easiest approach, often thinning out groups of foes, instead of facing near-certain death by an unmanageable, angry mob. Beyond the basic pistol, the Queen receives additional devices in her arsenal, but each is regulated by power-up which supply a meager amount of ammo. In execution, it’s all part of the puzzle, as players must determine which targets are best enfeebled by rapid machine gun fire or coal-powered rockets.

For those old enough to remember home computing during the Reagan/Thatcher-era, Rock Boshers DX is poised to play the harp strings of nostalgia. Opening with a screen that parades the shrill screeching and garbled borders of ZX Spectrum cassette-loading, the title’s offers a flawless recreation of play on Sir Clive Sinclair’s popular computer. But for those without an appreciation for technological history, many of Boshers’ virtues may be lost, as the game does have an antiquated aesthetic. Socially, the game’s soundtrack seems to veer from authenticity, with a plucky selection of chiptunes that exceed the humble single-voice output of the ZX. 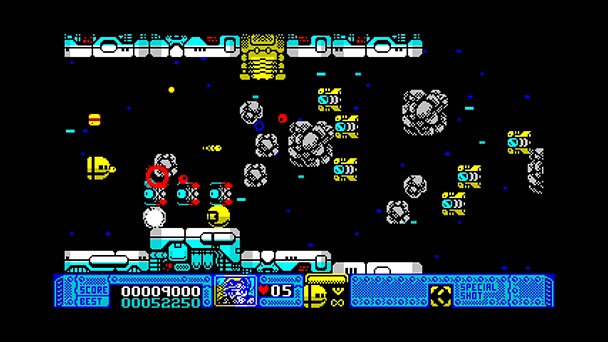 Building on the original PS mobile iteration, this director’s cut offers a number of improvements and amenities. The slight pause which occasionally interfered with the flow of gameplay is now gone, with both the PS4 and Vita offering an appropriately smooth experience. Collecting the aforementioned goodies offer more than a reason to revisit previous played stages, with the lure of mini-games extended to players. Without sullying the surprise, we’ll say this: one of the unlockables offers an engaging demake of a popular Tikipod property. Beyond the enticement of crossbuy between versions, PlayStation 4 owners are also privy to a multiplayer component, which offers a competition between four Victorian-era luminaries.

Rock Boshers DX Director’s Cut was played on the PlayStation 4 and PS Vita with review code provided by the publisher.

Rock Boshers DX Director’s Cut review
As Grand Theft Auto demonstrated, advancements in hardware technology haven&rsquo;t always changed the way we interact with game worlds. With the last several iterations of the franchise have been set in an intricately detailed, three-dimension cities, the bit-mapped municipalities of the original games (as well as Brian Provinciano&rsquo;s Retro City Rampage) flaunted the same fundmamentals of running, shooting, and vehicular mayhem. Likewise, Tikipod&rsquo;s Rock Boshers DX validates this assertion, imagining how the contemporary action shooter would look on a 1980&rsquo;s-era ZX Spectrum computer. A whimsical set-up imagines Queen Victoria sneaking away from the monarchial monotony of Buckingham Palace, for the&hellip;

Summary : With wry humor, engaging action, and a wailing soundtrack, Rock Boshers DX could easily be mistaken for a tragically forsaken Mastertronic title. Give the game a try if you value either the history of gaming, appreciate retro throwbacks, or just want to contemplate how far (or little) design has evolved. 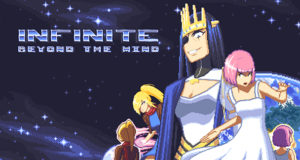 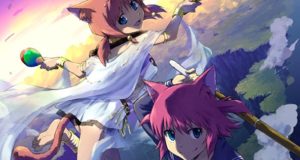 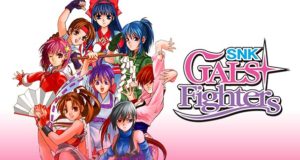