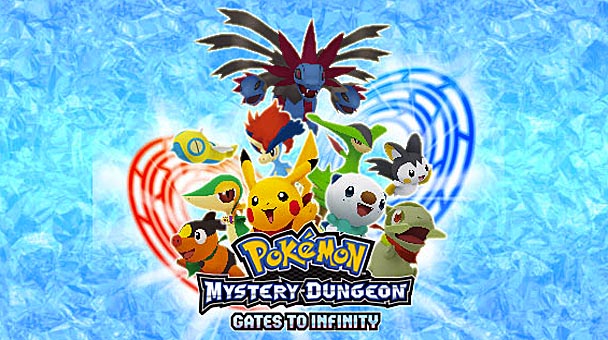 By all accounts, I should revere Pokémon Mystery Dungeon: Gates to Infinity. As someone who has defeated gym leaders and cultivated teams of Pocket Monsters across a procession of portable systems, I’ve become infatuated by Game Freak’s light role-playing mechanics and reoccurring challenge to ‘catch them all’. Likewise, Rogue-likes have regularly captivated, supplying a sense of edgy exploration as my avatar was guided through perilous, procedurally-created labyrinths. Although the fusion of these two genres should supply a synergistic mix of absorbing creature development and dungeon skulking, in execution, Gates to Infinity proves to be a tepid mashup. Fans of either game type are unlikely to embrace the title’s decision decisions, while the game’s additions won’t be substantial enough to excite series stalwarts.

Following a plot path etched by previous franchise iterations, Gates to Infinity commences with the main character inexplicably transforming from a human into a Pokémon. Rather than washing ashore, as in Explorers of Sky, entry into the world is through a tumbling decent from the clouds. During the plunge, the protagonist hears a mysterious plea for help, accompanied by the vision of a Hydreigon in dogged pursuit of a Munna. Following an unscathed landing, players find themselves in the Unova region, a backdrop that should be familiar to fans of the Black/White series. Soon, the players meet their first Poké-partner, who articulates an ambition to improve the land, giving Gates to Infinity its core impetus. 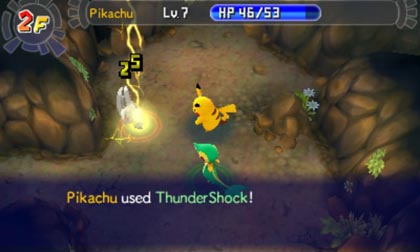 Narratively, the Mystery Dungeon series has always benefited from its perspective. Rather than forcing players to become human trainers which manage Pocket Monsters, the franchise allows gamers to become Pokémon, providing an immediacy that’s not present in Game Freak’s core titles. With Gates to Infinity, this viewpoint is complemented by an engaging incentive, where benefiting shops can be built, permitting players to buy new items, open treasure chests, and refine their moveset, through the gathering of new materials.

While these pursuits are undeniably engaging, there are also buried under monotonous, long-winded conversations. The first three hours of Gates to Infinity are especially tedious, marked by dialog that seems to indicate the writers were paid by the word rather than by the assignment.  Although the loquaciousness isn’t quite as oppressive later in the game, the title makes the indefensible error of not allowing players to adjust the speed of text or even skip previously read conversations. While the game skews toward a younger demographic, I can’t help but feel that the front-loaded dialog may turn off Gates to Infinity’s most adamant fans. 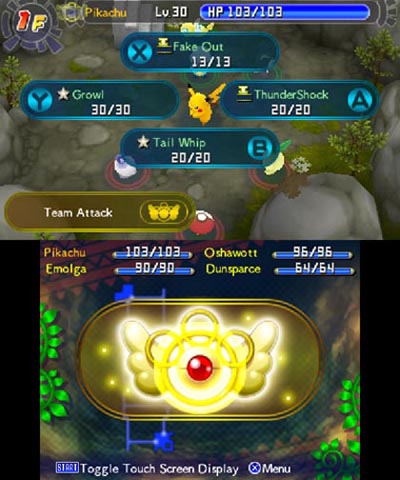 Similarly, exploring the game’s randomly generated Mystery Dungeons fails to stimulate. In town, two bulletin boards offer errands of normal and elevated difficultly. But despite the fluctuation in challenge level, assignments are far too similar- with missions typically tasking players with item retrieval, ally rescue, or the defeat of a foe. While the title’s turn-based combat should be tense, a few problems tarnish the sensation that success springs from the player’s own decisions. Although players lead a party of four Pokémon, they only directly control the lead character; all others are managed though command options. Regretfully, the creatures habitually disobey guidance, naively engaging enemies with an elemental advantage.

Other problems stem from some of the changes Gates to Infinity has made to the series battle system. Evidently, in order to make the game more accessible, the franchise’s hunger system has been removed. Whereas this mechanic aroused apprehension as players fretted over keeping their Pokémon nourished and healthy, now players can easily regain health without worrying about any repercussions. Although PP (a stat which apportions special attacks) management might appear to be a simple substitute for the tension, the modification merely obliges players to use their weak normal attacks. In execution, it just drags out the duration of every encounter. Ideally, the title would have followed Fire Emblem Awakening’s lead and offered multiple difficulty settings for players of varying experience levels. 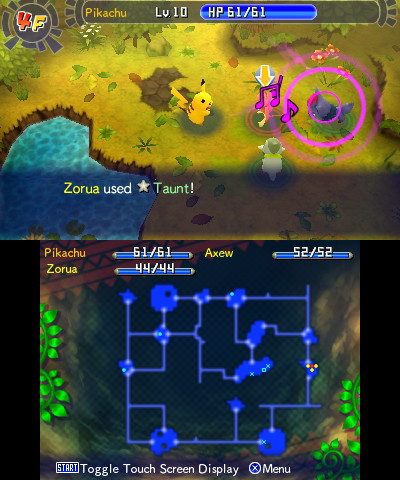 Certainly, Gates to Infinity’s dungeon aren’t blameless. While aesthetically dissimilar, there is an architectural homogeneity to the layout of each labyrinth, with networks fashioned from long halls and nondescript rooms. While an adept dungeon crawl persistently pushes players to explore each recess with the lure of superior loot, Gates to Infinity provides few alluring scant risk/reward alluring. Most of the time, players will be speeding toward the staircase, since there are few incentives worth chasing.

With the transition upon Nintendo’s new platform, Gates to Infinity ushers in a few additions, although few prove to be essential. StreetPass functionality allows good Samaritans to revive a fallen team member, while using the 3DS camera to photograph circular objects opens Magnagates. These portals send a random Pokémon through a discrete dungeon, where items and currency can be sent back for use in the main campaign. Gamers seeking additional exploration may download DLC dungeons, with a single free maze available until the end of April. 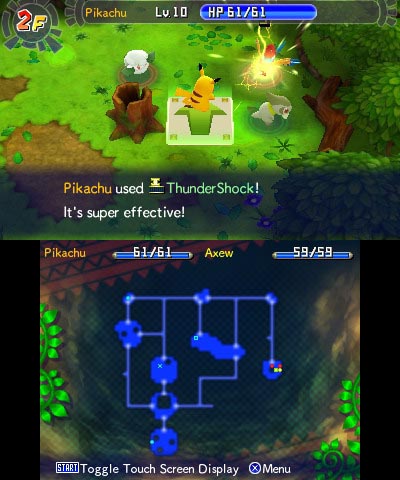 Visually, Gates to Infinity offers a commendable adaptation, transforming Game Freak’s traditional sprites into well-rendered polygonal models. While the game’s conversion of 150+ Pokémon is substantial enough to offset tedium during the main journey, the lack of any additional creatures during a post-campaign play is a bit disappointing. Sonically, the game’s melodies run the gamut from melodic to charming, capturing the cheery vibe that has propelled the Pokémon franchise.

While the idea of combining pocket monsters with Rogue-like elements has resulted in a number of appealing entries in the Pokémon Mystery Dungeon franchise, the release of Gates to Infinity dilutes the formula significantly. While the tension eventually escalates around the game’s midpoint, players seeking a truly engaging dungeon crawl are encouraged to seek out either Mystery Dungeon: Shiren the Wanderer or Izuna 2: The Unemployed Ninja Returns. While Pikachu is nowhere to be found in either title, both offer the type of edgy exploration which should please gamers. 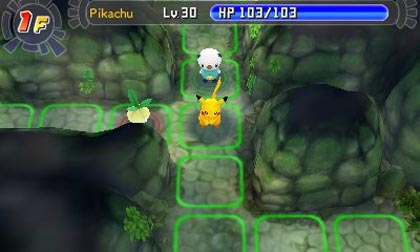