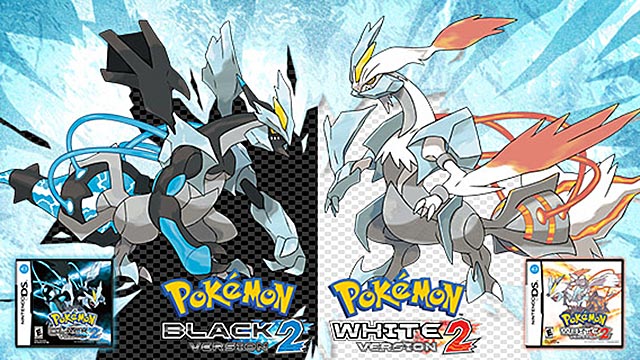 Whereas Game Freak’s menagerie of pocket monsters evolve at a robust rate, the actual Pokémon franchise develops languidly, with each new iteration typically ushering in a restrained set of refinements. The reason for this protracted pace is obvious- both the developer, as well as publisher Nintendo, are careful not to tamper with the series’ enduring success. That said, the recent releases of Pokémon Black 2 and Pokémon White 2 offer one of the more substantial sets of changes in the franchise’s fourteen-year legacy. Although the cartridges don’t represent an upheaval of Trainer tradition, both titles deliver cautiously cultivated charms certain to please both newcomers as well as diehard Pokéholics.

Shirking series convention, the storyline of Black/White 2 isn’t a new narrative. Instead, the title continues the plotline of the 2011’s Pokémon Black/Pokémon White, delivering the franchise’s first true sequel. Set two years after the events of the previous games, Unova’s environments and inhabitants have undergone radical transformation, while Team Plasma has regrouped after a stinging defeat. Although the absorbing debate over the ethics of Pokémon training has waned, the emphasis on providing a hearty plot remains- imparting an impetus for all the monster battling. 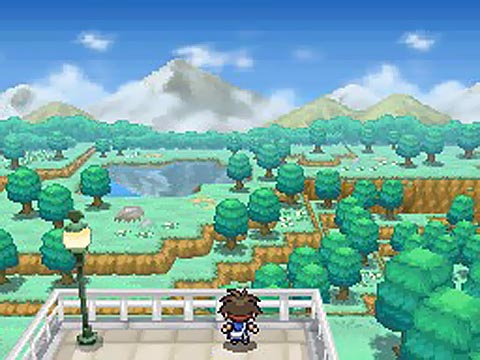 Although players will revisit many of the same locales on their quest for eight gym badges and a victory against the Elite Four of the Pokémon League, the sequence of towns has been thoughtfully altered, while five new towns are scattered across Unova’s landscape. For players who completed Black/White’s storyline, the title’s Memory Link function allows the import of their save data, conferring new side quests, flashbacks, and a few poignant references to previous events. Pleasingly, players who don’t own a pair of dualscreen portables won’t miss out on the supplements, provided they can link up with a friend over wi-fi. This time out, players won’t have to finish the game to capture creatures from the first four generations. From the game’s commencement, you’ll encounter some prominent Pokémon which help diversify the game’s already enormous roster of three hundred creatures.

More importantly, Black 2/White 2 scales to its divergent audiences. Extending a friendly welcome to beginners, the title’s offers the traditional genial opening selection of five level 5 creatures, explaining each Poké-principle in protracted detail. For veteran EV trainers, the game allows players to skip the lessons, inquiring if you’re acquainted with the series’ mechanics. 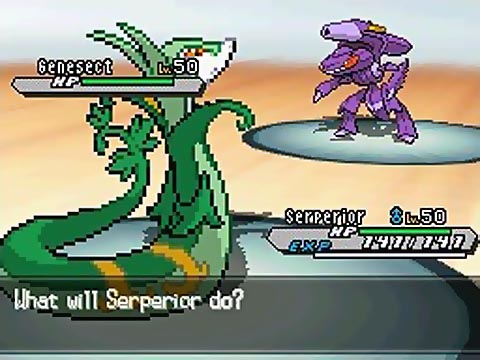 Previous Pokemon entries have allowed for a bit of game customization, with Diamond and Pearl’s Pokétch, as well as Black and White’s C-Gear providing assistive functions for trainers. With Black/White 2 the C-Gear returns, accompanied by some clever additions. Completing the game and capturing specific creatures rewards players with keys. Once procured, these can be used to adjust the game’s difficulty level, provide access to Black City and White Forest (two areas which have traditionally been edition exclusive), and even allows players into areas where particularly elusive Pokémon reside. To encourage a sense of camaraderie, gamers can even trade keys via IR and Wireless functionality, giving a helpful hand to fellow trainers. Additionally, 3DS owners who purchased Pokémon Dream Radar, have the option to import 21 additional creatures into the game and even five more if they play the eShop title when Black/White is in the cartridge slot.

Turn-based skirmishes have been one of Pokemon’s core tenants; for Black 2/White 2 the series receives a few modifications. Gym battles have been given a much-needed revitalization, with each skirmishes inspired by the personality of the leader. Expect to battle Roxie’s band mates, walk along the catwalk to confront Unova’s resident diva, Elesa- or even control the movement of a dragon by defeating a certain leader’s minions. With additional trainer (as well as player) sprites, new battle animations, and a redesigned combat menu, conflicts are visually engaging- providing a suitable sendoff for what might be one of the DS’s final first-party titles. 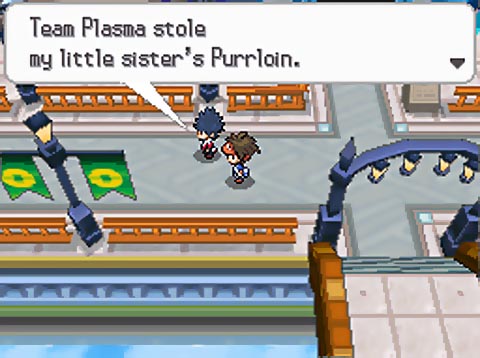 Replacing the musicals of the past iterations, are the trips to Pokéstar Studios, where your team of creatures receive film roles, tasking players with following the guidelines of a script while testing their comprehension of elemental advantages. Obsessives will certainly appreciate the inclusion of a Habitat List- an addition of the Pokédex which allows players to track their captures by location. The system offers a color-coded system which details what areas have been captured to capacity, giving gamers who need a few more ‘dex entries a specific location to search. The game’s multiplayer component allow interactivity across ad-hoc, bluetooth, or wireless but the obligations of persistent saving and friend codes might alienate the game’s younger fan-base. For patient players, the game still links to the Pokémon Global League, a web-based portal that functions as a catch-all community for fans of Nintendo’s portable titles, anime, and card-based games.

Out of battle, a few pleasing additions exist. Unova now experiences four seasons, delivering heaps of fallen leaves, a frosting of frozen powder, or puddles that a remnants of a spring shower. For dedicated completionists, catching them all is no longer the sole conduit of compulsion. Black 2/White 2 offers in-game achievements, referred to as “medals” which reward players for fulfilling a myriad of different tasks ranging from buying large quantities of items to success in a tournament. 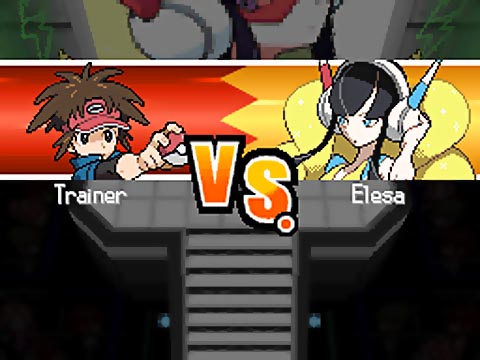 Following fourteen years of simmering progression, it’s no surprise that Pokémon Black 2/Pokémon White 2 are painstakingly polished experiences, enriched by colossal quantities of player feedback. What is remarkable is Game Freak’s ability to please players of two increasingly divergent audiences. Masterfully, the Black 2/White 2 straddles that divide like no other franchise, dispensing a diversion that capable of seizing the leisure time of children, adults, and retirees. Such is the paradox of Pokémon– in trying to ensnare a roster of creatures- the game has in turn, captured us all.