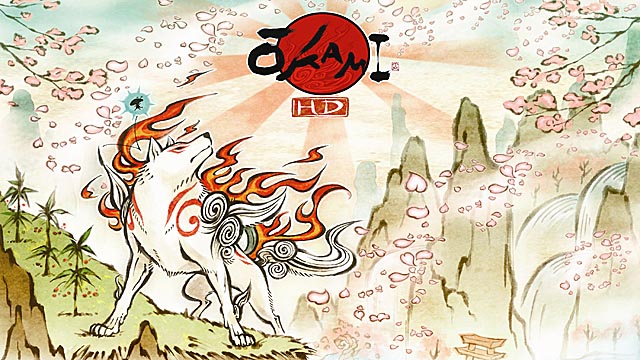 Creativity is like a flower: exquisite when in bloom, but also despairingly fragile. The aptly-named Clover Studio (its moniker a portmanteau of Creativity Lover) created three remarkable franchises in as many years, before splintering under the burden of lofty sales expectations. While both Viewtiful Joe and God Hand delighted gamers with their imaginative mechanics and whimsical plotlines, Clover’s 2006 release of Ōkami will likely be considered their magnum opus.

Although Clover shuttered their doors in 2007, Ōkami still sprouts determinedly. In 2008, the game was remade for the Wii, while in 2011 a capable redeux named Ōkamiden was crafted for Nintendo’s dual-screen portable. Now, PlayStation 3 owners can savor the studio’s work, with the release of Ōkami HD, which adds 1080p widescreen output, trophies, as well as support for the Move controller. Although a few past-gen niggles weren’t assuaged, the title shows a remarkable resilience to the ravages of time. 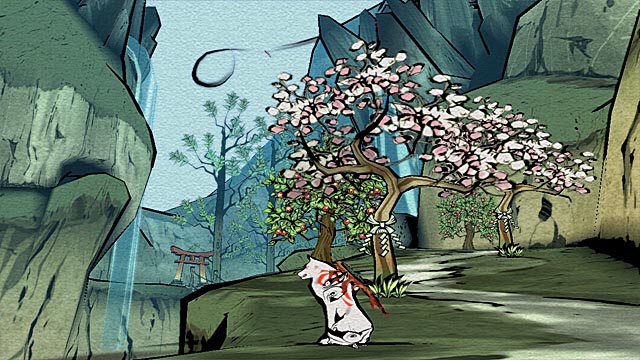 With many contemporary Japanese games coming under scrutiny for having muddled plotlines and a plethora of disposable characters, a revisit to Ōkami might reveals how these tenets can be conveyed without sinking into convolution. Crammed with eccentric, yet critical, personalities and a sprawling narrative that segues into episodic adventures following an introductory arc, Ōkami’s plotline seems culled from classic literature rather than the cinematic reverence shown by most modern games. While the journey is steeped in Japanese folklore, a light and irreverent tone prohibits the story from ever becoming too esoteric.

The game’s opening cinematic, told through an exquisite sumi-e aesthetic that imitates washes of ink on textured rice paper, is one of the game’s few somber moments. The intro articulates the tale of Shiranui, a wolf along with Nagi, a local swordsman, who fought together to save a village from the scourge of a head-headed demon known at the Orochi. Espousing the principals of honor and selflessness, Shiranui sacrifices herself to entrap the beast, and subsequently becomes entombed by the thankful villagers for her valiant acts. 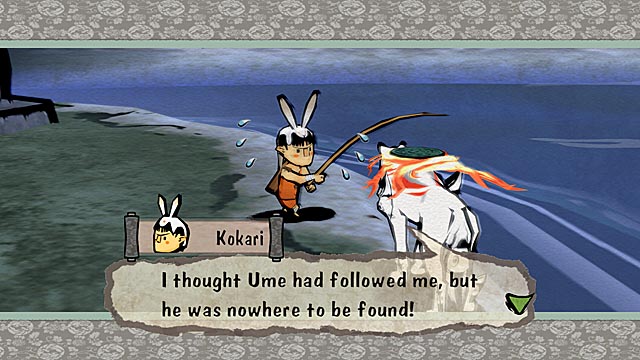 Eons later, a shadowy figure inadvertently releases the Hydra from entrapment, forcing the village’s resident spirit guardian to plead with Amaterasu, the sun goddess, for assistance. Naturally, she adopts the form of Orochi’s most reviled foe, giving impetus for the white wolf’s forty hour+ exhibition. Throughout the game’s duration the tension of a goddess inside a wolf’s body is unswervingly exploited.

Even without the up-resing, Ōkami was a tenacious charmer. Amaterasu’s interaction with the world is persistently pleasing, whether the wolf leaving patches of vibrant flora in her path or passionately digging to unearth some kind of trinket. When she’s not engaging or alternatively avoiding enemies, she’s using her celestial brush to solve puzzles. Through Amaterasu’s adventure, she’ll acquire thirteen different abilities- from drawing a circle in the sky to generate a life-giving sun to repairing the framework of a broken bridge. 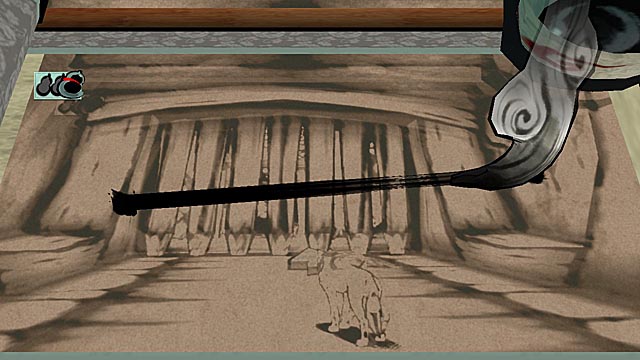 The title was always lenient with controller-based brushstrokes, allowing haphazard blobs to pass as suns, so the addition of Move support proves unessential. In some ways, the controller is actually harder to use. Drawing a slash through an enemy was effortless with an analog stick, but now requires a steady hand with Sony’s orb-topped peripheral. Players hesitant to pick up Ōkami because they don’t own a Move controller, should disregard any reservations; the game was designed to be played with a DualShock.

Those expecting a large leap in visual fidelity might be a bit disappointed. Ōkami ‘s stylized delivery certainly benefits from a higher resolution, but a noticeable number of modestly detailed textures and the menace of pop-in remain. While developer HexaDrive (Rez HD, The 3rd Birthday) remained staunchly loyal to the original game, it would have gratifying if the developers augmented the Simish-esque language spoken by characters in the game. Expect anyone in the adjacent room to ask you to turn down the volume, yet doing so would drown out the game’s sumptuous collection of taiko drum, lute, and koto-driven melodies. 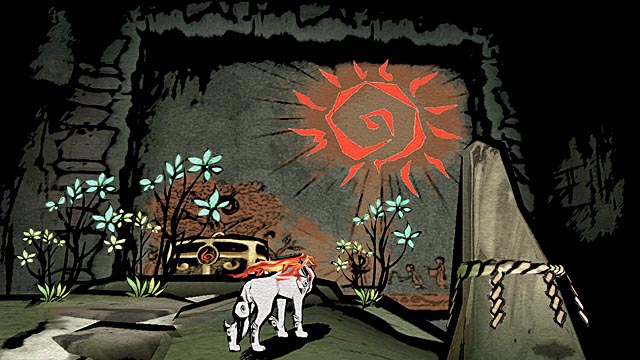 Yet, criticizing Ōkami HD’s aesthetics seems like denouncing the dusty jacket found on a copy of The Tale of the Heike. Scampering up the winding, bamboo-lined ascents toward a temple is exhilarating, as are the game’s overwhelming snowstorm and appearance by an awe-inspiring sea creature. However, the title’s true beauty is internal; tucked away in the procession of collectable gathering, upgrades, dungeons, puzzles, and boss battles. While Ōkami’s semblance to The Legend of Zelda has been widely noted, reexamining the title after six years allows the subtle differences to reveal themselves. In retrospect, Ōkami’s journey is more linear and lyrical- endowing the adventure with a stirring sense of poignancy.

Fittingly, Ōkami’s subtext is about restoring faith. For anyone that’s grown fatigued by the endless procession of slipshod licensed titles, homogenous first-person shooters, or role-playing franchises that have remained relevant by legacy rather that conscientious labor, Ōkami HD is a requisite purchase. Although the title two previous iterations have sold modestly, Clover Studio’s stirring title deserves attention; conceivably germinating a new generation of auteurs. 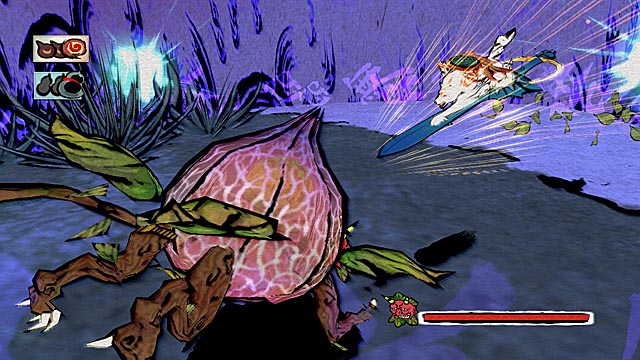