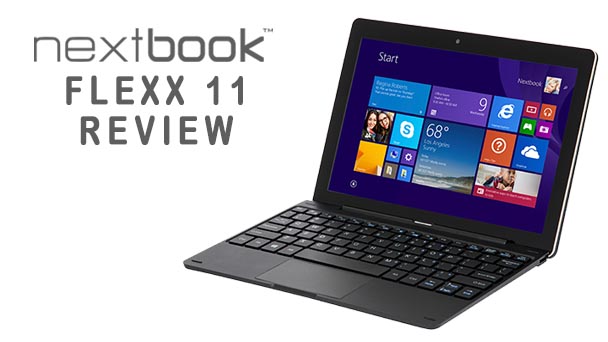 From blazing fast CPUs, discrete graphics processors, and SSD drives, high-end laptops have enjoyed a number of evolutionary elements across the last few years. But some of the most substantial changes in portable computing have been at the other end of the spectrum, with consumers able to purchase Atom-powered machines for little more that the price of a Windows 8 license. While these modest machines are no match for herculean tasks likes video editing or playing Crysis 3, they are economical, light, and typically exhibit extraordinary battery life, extending a remarkably tempting proposition.

Undoubtedly, the Asus T100TA was the hardware that led the charge, paving the road for a horde of two-in-one hybrids that offered a Windows tablet attached to a keyboard. Soon after, competitors started trickling in, attempting to improve of Asus’ design. From the vibrant screen of the Acer Aspire Switch 10 to the 1920 x 1200 IPS display and extended battery life of the Lenovo Yoga Tablet 2, each had a well-articulated advantage. Unfortunately, each had one of more significant drawbacks as well. 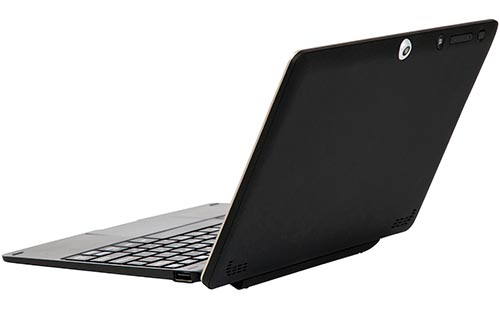 With the Nextbook Flexx 11, the competition grows fiercer. While the machine might not have the name recognition of Asus, Acer, or Lenovo- make no mistake, this the two-in-one is a mighty competitor, extending a number of conspicuous advantages over its opponents. While the system isn’t perfect, revealing a number of non-crippling shortcomings, the $227 tablet and keyboard combo makes for a very compelling traveling companion.

As out of the box experiences go, the Flexx 11 provided a completely painless one. Windows 8.1 came preloaded on the tablet, while our test unit had a battery charge that was almost at full capacity. E Fun, the company that markets the machine recommended an additional half-hour of charge time before using the unit, which is easily handled with the built in AC adaptor. When the Flexx 11 is completely out of juice, the instruction manual informs of a five-hour charge span. In reality, ours was closer to four.

With our machine filled to capacity, a button press on the back of the unit brought the Flexx 11 to life, where were we greeted with the desktop, rather than the usual Windows set-up procedure. Here, the Nextbook made a prodigious first impression. At 2.97 pounds, the hardware is a bit heftier than its rivals, but the Flexx 11 also flaunts an impressive, sturdy build quality. When closed, the unit’s matte rubberized exterior was mistaken for customized, tiny Mac Book Air. Although the Nextbook isn’t immune to fingerprints, clean hands leave a minimal amount of marks on the exterior.

Input with One Insufferable Quirk

Once the unit is opened, the Apple comparisons came to a halt. Largely, the Flexx 11’s keyboard is functional, extending flat chicklet keys with a short throw. In execution, my usual 65 WPM typing speed dropping to the mid 40’s, as keys offered a minimal amount of spring. At first glance, the Nextbook seems to offer backlighting, with a number of LEDs illuminating the plastic backing of the keyboard. But alas, the tops of the keys aren’t translucent, so the net result is a glow that only complements the radiance of the tablet. Flanking the bottom of the keyboard are a pair of USB 2.0 inputs; when the tablet is detached from the keyboard, users will have to use a solitary micro-USB port for input.

While the keyboard isn’t ideal, the Flexx 11’s trackpad is even worse. Like its rivals, the machine forgoes discrete buttons. As such, left and right clicking wasn’t always distinct, and operations like highlighting text often changed the zoom level in Microsoft Word. Although input isn’t nearly as bad as the Yoga Tablet 2, editing a spreadsheet and drafting documents produced moments of frustration. A mouse alleviated most of the tribulations, but devalued the standalone portability of the Nextbook. 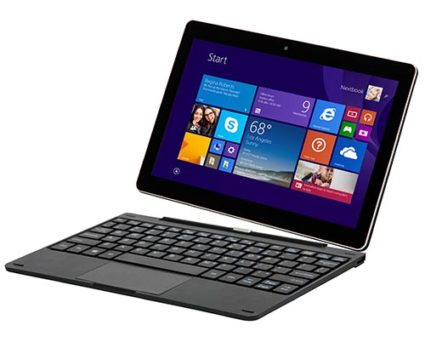 Boasting a 1280 by 800 IPS touch display, the Nextbook is a looker, with a bright screen bounded by an average-sized bezel. In execution, resolution is satisfactory, with movies and animation delivering good image quality. As with most tablet’s outdoor use was limited, with the reflective screen turning into a makeshift mirror when used in bright sun. On the plus side, the slate’s screen is much harder that a standard laptop display, making it much harder to mar.

With the Nextbook’s two tiny speakers positioned on the back of the unit, audio can lack loudness, but at least the sonic output offers clarity.  Elsewhere around the tablet, there’s a mini-HDMI output, a 3.5 headphone jack, volume rocker as well as a micro SD slot that allows users to supplement the tablet’s 64 gigabytes of internal storage. The machine’s two 2 megapixel cameras don’t demonstrate remarkable fidelity, but they’re adequate for video chat. Inside, there’s two GB of RAM- enough to seamlessly web browse with a half-dozen tabs open. Like most two-in-ones, the notable hum of a fan is missing, with the Atom CPU generating only a modicum of warmth on the back of the tablet. 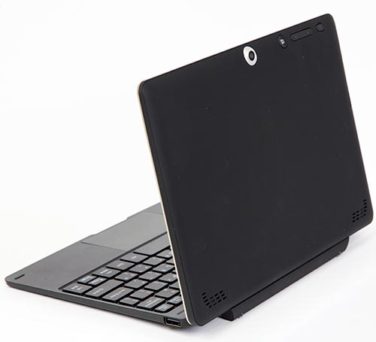 Two-in-ones like the Nextbook obviously aren’t designed for workman performance. Simply generating a blank five by seven inch image in Photoshop took a few sounds. But as long as user keep their aspiration in check, the Flexx 11 can be a capable performing. For light duties like word processing, e-mail, and budgeting, the tablet executed each task with ease.

While the budget hybrid can’t obviously can’t handle cutting-edge, three-dimensional games, older and two-dimensional games played well. Free Live’s Broforce ran fluidity from the microSD card, and Hearthstone: Heroes of Warcraft operated with nary a single hitch. Though the Flexx 11 isn’t a gaming rig, those hoping to enliven a few minutes of downtime will be happy to know that most pre-Nintendo 64 emulators run at a healthy rate, while the majority of GOG’s catalog is well-suited for Atom CPUs. 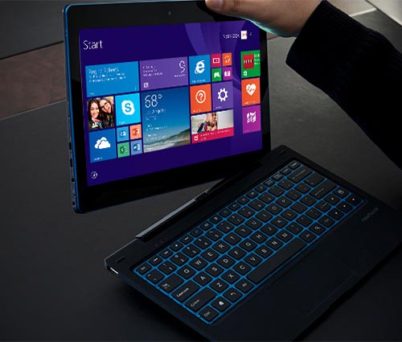 Pushing pixels is a good way to burn through battery, but despite a variety of assignment, the Flexx 11 showed respectable running times. Browsing at 70% brightness lasted 7 hours and 14 minutes before the Nextbook needed a recharge, while watching video through VLC dropped the duration to 6 hours and 22 minutes. Although the machine can’t measure up to the Asus X205TA’s eleven hour lifespan, it easily trumped the Acer Aspire Switch and competed quite closely with a Bluetooth-enabled Dell Pro Venue 8.

In the heated hybrid rivalry, the Nextbook Flexx 11 is a consummate competitor, extending an attractive 11.6 inch display, a frugal, power-sipping CPU, and 64 gigabtyes of memory all housed in an attractive, rubberized casing. Factor in a MSRP of $227 dollars and the Flexx 11’s only real challenger is the Asus XT205TA, which forgoes a touchscreen and 32 gigabytes of storage but can be found for as little as $149.

Nextbook Flexx 11 review
From blazing fast CPUs, discrete graphics processors, and SSD drives, high-end laptops have enjoyed a number of evolutionary elements across the last few years. But some of the most substantial changes in portable computing have been at the other end of the spectrum, with consumers able to purchase Atom-powered machines for little more that the price of a Windows 8 license. While these modest machines are no match for herculean tasks likes video editing or playing Crysis 3, they are economical, light, and typically exhibit extraordinary battery life, extending a remarkably tempting proposition. Undoubtedly, the Asus T100TA was the hardware&hellip;

Summary : The Nextbook Flexx 11 might not be musclebound, but makes up for its lack of brute force by offering a protracted battery life, light weight, and affordable price tag.