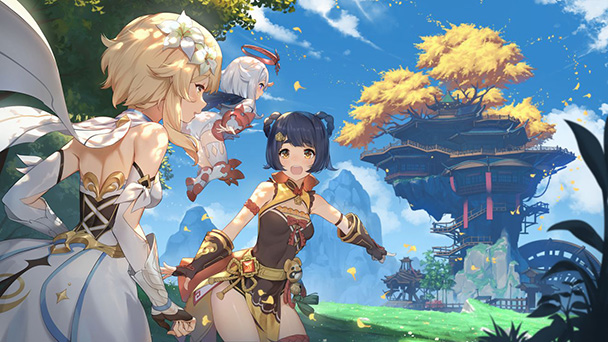 From Genshin Impact’s “fantasy open-world action role-playing diversion with gacha hooks” (or as I like to call the genre, FOWARD-GAH!), a remake of 2004’s Mafia, this week has several notable new titles. Given appearance of vertical shooter not seen since the Xbox 360 era (Ginga Force) and a free version of the RollerCoaster Tycoon 3: Complete Edition remaster, there’s also plenty of variety this week as well.

Robert’s Pick: As a sucker for open-world games set in the twentieth century, I’ll be keeping my eye on Mafia: Definitive Edition. As the high-point for 2K’s franchise, the inaugural game introduced a number of interesting mechanics to sandbox play, with cars that would sustain damage realistically to a pair of Freeride modes that let you ignore the campaign, new assets that reflected the a shift into the 1930s. Of course, you could also overlook the campaign, and raise hell across Lost Heaven is a pair of Freeride modes. My only concern is that the game arrives without a scourge of enthusiasm-killing bugs. Hanger 13’s last major effort was Mafia III, which suffered from numerous technical issues at launch.

I’ve been playing Bartlow’s Dread Machine, which isn’t flawless, but interesting enough to mention. Imagine a twin-stick shooter but realized through one of those old-time, mechanical arcade games. Your character is confined to physical tracks that restrain movement, forcing to approach each shoot-out in new ways. Save for the difficulty of aiming from a low-slung perspective, it gets surprisingly intense, as you watch enemies close in your position. Finally, a shout-out to Undead Darlings ~no cure for love~, which has been a labor of love for developer Nick Doerr for years. But determination pays off this week, with the title’s arrival on Switch and PC, courtesy of Sekai Project. 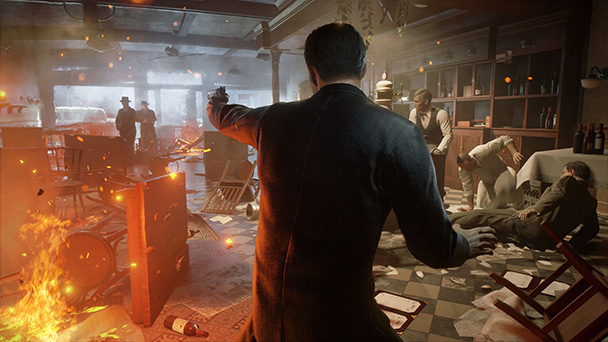 Matt S’ Pick (Editor, DigitallyDownloaded): It’s a big-time simulation/strategy week for me – my other favourite genre. I mean, sure, it’s a genre that doesn’t feature cute girls in swimwear (why, I do not know), but I do love myself a good thinky game or two.

And this week I get two. The first is Port Royale 4, a game that simulates the colonial-era Caribbean as you go about setting up a trade empire for coffee, bananas, and other resources from this resource-rich area. Putting aside the rather unpleasant reality of that era (England, Spain, France and the Netherlands were not exactly benign in their treatment of the area and their colonies), and the fact that the game doesn’t engage with that, it is an excellent trade simulator, combined with some light city-building and even tactical battles with pirate ships and boats from other factions. It’s been a fair wait since the last Port Royale, and Port Royale 4 delivers.

The second is an oldie, but a goodie. RollerCoaster Tycoon 3 is a classic of the genre, and it is coming to Nintendo Switch. From building the best, most terrifying coasters, through to gouging customers over the costs of drinks (hey, if they want to stay hydrated…), RollerCoaster Tycoon 3 combines all the strategic depth of a good simulation with a very fun theme – who hasn’t wanted to run a theme park? To this day the Switch has been under-done with good simulators too, so this game will go a long way to remedying that. 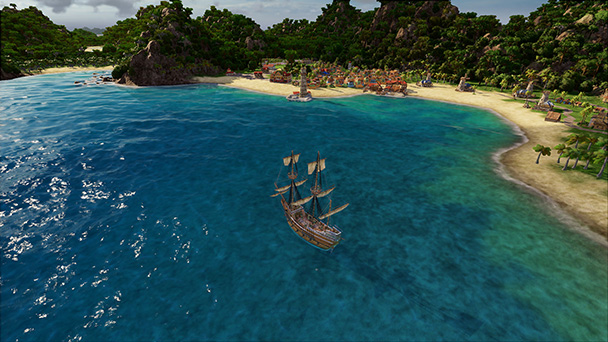 Ryan’s Pick: Gacha games are the latest craze and have been for quite some time in Japan, and for the past three years I have been quite the fan. This week one particular game that is free to play is my choice. At the surface, Genshin Impact may appear to be a Breath of the Wild clone, but there are some important differences that set it apart far enough apart from The Legend of Zelda that make it distinct. The fact that it is indeed a gacha game does change how the mechanics of the game will play, so I think that having an open-world gacha will actually be pretty fun. In general in my experience, content is what drives gacha games and their whales to continue to pay the chance at the latest items and characters, so I do have high expectations for the amount of sheer content we’ll see for this one.

I really like the character art as well. I feel like the character models are on the same level if not better than some AA japanese publishers, plus they have been using some of the top tier voice actors from Japan for this game. I think in general it will be worth a look, especially if you haven’t really tried a gacha game in the past. My only advice is to figure out via the game community when the best time is to pull for new items/characters, as it’s pretty easy to blow through all the freebie starter currency if you aren’t smart. Oh and one last really important fact, is that this game is also available on mobile outside of PS4 and Switch. While I feel like graphically it may be better to let the consoles play this one, you technically can run it from your phone if you dare.

Lastly, I just have to comment on the Mafia series. I had a lot of fun playing it, but I just couldn’t believe they had speed limits in the first game. I got pulled over so much, and to this day I still get brief flashbacks while playing GTA to the fact that there were repercussions for breaking traffic rules from that game. 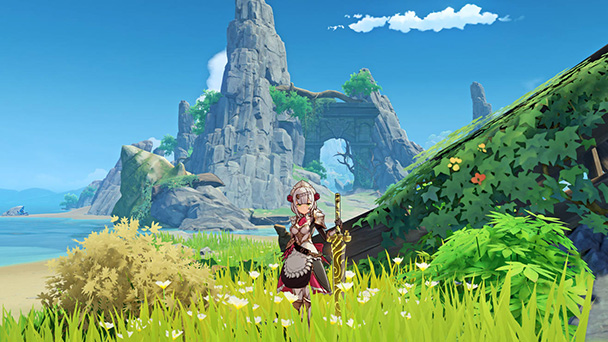 This new release comes with some graphical enhancements, support for newer PC hardware, and a revamped user interface for Switch, but beyond that, it’s the same RollerCoaster Tycoon 3 that you know and love from 2004. It’s got the same sense of humour, the same scope for creating ridiculous roller coasters, and the same surprisingly deep business management aspect. It’s also being published by Frontier Developments—the original developer—rather than Atari, so that’s a promising sign.

I’m also really looking forward to Genshin Impact. I’m not really a big fan of gacha games (despite my current preoccupation with SINoALICE…), but Genshin Impact’s gorgeous world, impressive character designs, and what looks like a very enjoyable approach to the classic action-adventure framework might just make it worth putting up with a bit of gacha nonsense. 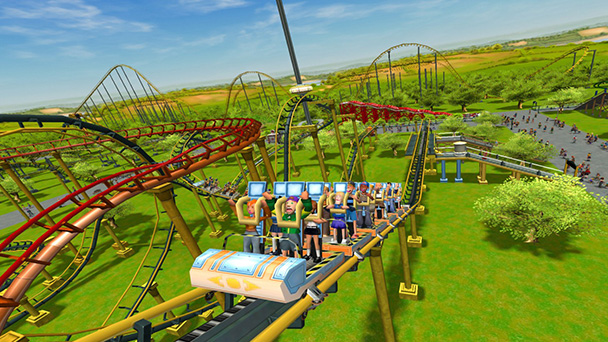