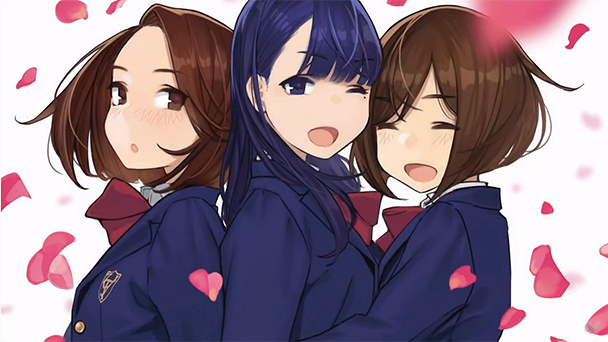 From a trio of Atelier remasters, a remake of the original Nier, and the emergence of several notable visual novel compilations on Switch, this week has a number of remarkable new releases. For those seeking new experiences, Touhou Hyouibana ~ Antinomy of Common Flowers offering fighting between Reimu, Marisa, and the girls, while ASOBU Tights offering a match three-based veneration of stockings.

Rob’s Pick: While many were introduced to Yoko Taro through 2017’s Nier: Automata. But the director has quite a magnificent resume, having worked on Time Crisis II and the Drakengard series. Born as a spin-off from one of the endings of the original Drakengard, 2010’s Nier demonstrated Taro’s unconventionality. While the Japan-only title tasked players with protecting their sister from an illness known as the Black Scrawl, the alternate version we received in the West featured an aged protagonist protecting his daughter.

Despite middling reviews by many Western reviewers, there was a lot to appreciate about the game. Its tone felt melancholic, removed from the cheerful treks of many action-RPGs. Foreshadowing Automata, play was refreshingly varied yet didn’t feel disjointed, which was quite a balancing feat. Perhaps what I liked most about it was the storytelling. Writers Sawako Natori and Hana Kikuchi avoided the obviousness associated with many games. Sporadically, the storyline required inference from players, which felt invigorating given the tendency of games to (over)explain every minute detail. This week, NieR Replicant ver.1.22474487139… offers an astute recreation of the original title, revising combat while preserving the tone and plotline. There are narrative additions of course, and a helping hand  from PlatinumGames’ Takashi Taura, that help modernize combat. If you’re looking for an inroad to the series or just appreciate creativity in your games, it’s the unquestionable highlight of the week.\ 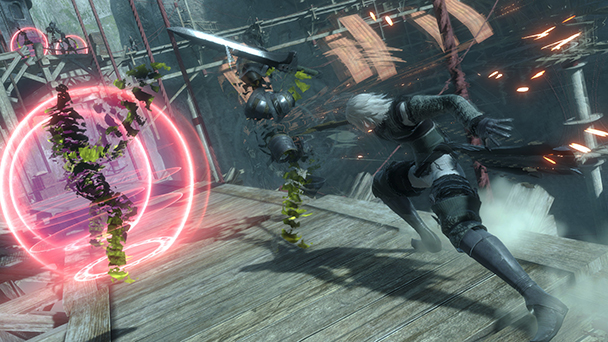 Matt S’ pick (Editor, DigitallyDownloaded): There’s only one possible choice this week. It’s unfair to the Atelier releases, particularly since Atelier Firis is one of them and it’s my second favourite Atelier of all (after Meruru) AND Firis has a DLC costumes like swimwear and school uniforms for extra aesthetic appeal, but NieR is the best game of all time and NieR Replicant ver.1.22474487139 is… well… that same game.

Okay, so that’s being a little disingenuous to the amount of work that has gone into refreshing NieR. The developers have worked hard to make this much more than a simple “HD Remaster”, and it looks substantially better (while maintaining the melancholic aesthetic), and plays like a dream compared to that raw, unpolished gem of an original.

But NieR was always about more than the entertainment value from hitting buttons and the art budget. NieR is one of those rare examples of a genuine artistic masterpiece, where the art comes before the game. From the deep dive into philosophies as far reaching as Taoist theology to existentialist thought, through to the dark and dry sense of humour and clever characterisation, and on to the highly experimental gameplay mechanics, in which Yoko Taro pulls at the very threads of game development to help us all understand it better, NieR is not pretentious – Yoko Taro isn’t a pretentious auteur (though he assuredly is an auteur) – but NieR certainly respects the intelligence of the players enough to challenge them as a play from Shakepeare or Stanley Kubrick film does. 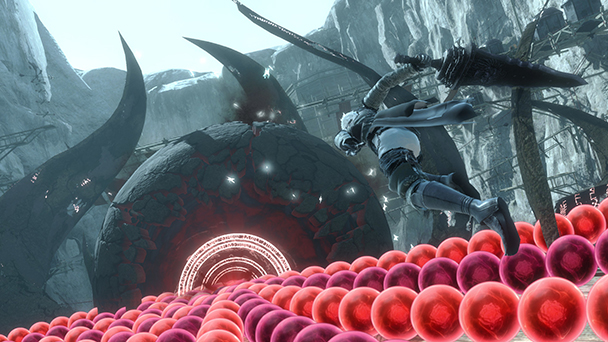 Ryan’s Pick: To be brutally honest I’m a bit torn this week between a few games. If I only had to choose just one, I believe that NieR Replicant ver.1.22474487139 is going to be my choice. I did not play the original, so for me personally I think it would be enjoyable to play the remastered version of the game to learn a bit more about the series. The sheer fact that they are willing to go back to remaster an older game is testament to the popularity of the series, and its potential for the future.

The other two games that I am considering contain substantially less polish than a Square Enix game, however, they do have their own allure. I’ve been following a few Japanese dojinshi artists on Twitter for a few years now, and one artist that has become extremely popular is Yom with their web anime “Miru Tights”. The game ASOBUTIGHTS caught my eye because I’ve seen their art a lot over the years on social media, so I was pretty surprised to see their game making it to Switch outside of Japan. While it does appear to be a fairly simple match-3 game, I feel as if western fans will definitely look past that to enjoy the game’s art.  Here’s hoping they somehow find a way to make a Ganbare, Douki-chan game. Lastly, there is always room in my palette for Visual Novels, so Sutekina kanojo no tsukurikata takes last place on my proverbial leaderboard today. While it doesn’t seem like the game has had too much of a localization budget, I still find the art to be pretty well done, and the fact that the main protagonist is a yandere certainly helps. 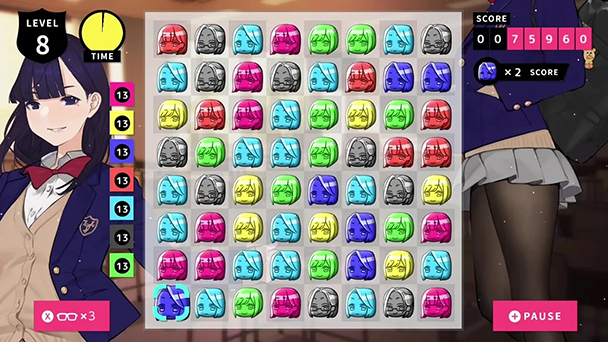 Matt C’s pick (editor, Shindig): It can only be NieR Replicant ver.1.22474487139. I’m one of those people who got my Yoko Taro introduction with NieR Automata, so having the chance to see where it all (sort of) began is a treasure. And for all the love I have for Automata, I think I might like Replicant even more.

This is the game where a lot of the ideas that Automata built upon came to be. That means they’re a bit less refined and a bit more experimental, and I love that. This isn’t to say that this Replicant doesn’t go to great lengths to tidy up some of the clunkiness of the original, because it certainly does—with plenty of new features, too—but it’s still got the raw, unrestrained energy of a game that really pushed the boundaries of the medium and its capacity to tell stories and explore ideas.

Replicant also has Kaine, one of the most enchanting characters I’ve met in a game in a long time—and I’m not (just) talking about her particular style of dress. Her story of being hated and discriminated against, of isolation and loneliness, of a desperate fight for revenge, and of clinging to hope and humanity despite all of that is bittersweet, heartbreaking, and so, so beautiful. She’s emblematic of NieR’s thoughtful approach to characterisation across the board, but I don’t think there’s anyone else, across Replicant and Automata both, that captures the beauty and complexity of humanity quite like Kaine. 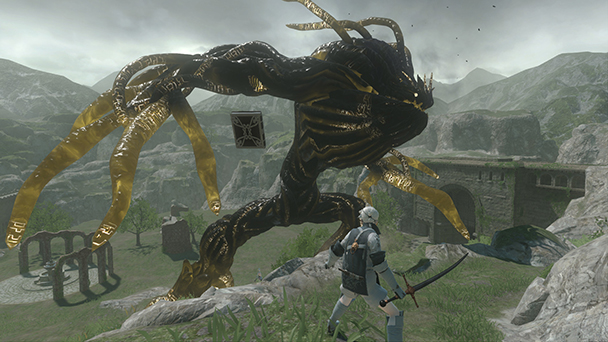