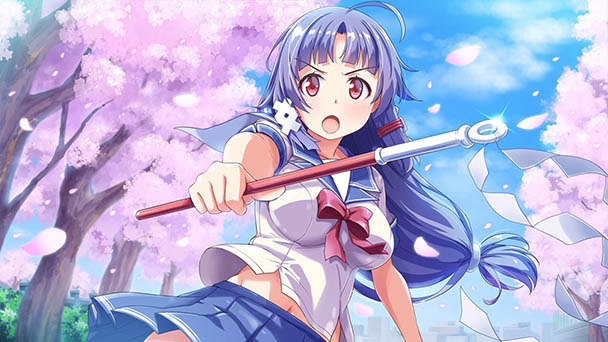 Rob’s Pick: When Super Mario 3D World was released in 2013, it showcased what I love about Nintendo’s first-party output. It’s a perpetually cheerful title, where stages felt like vibrant playgrounds crammed with ideas. Co-director Kenta Motokura took a unique approach during development, with the team contributing dozens of ideas. Many were programmed in, tested, and if the mechanic felt fun, it was left in. Some concepts were serendipitous, with Double Cherry ‘cloning’ the byproduct of adding an extra character model into the game. If other studios adopted this approach, the end result would likely be a hot mess, but Nintendo EAD Tokyo’s expertise is only rivaled by Nintendo’s own Kyoto branch.

Had Super Mario 3D World + Bowser’s Fury been merely a direct port of the Wii U game, it would have been a requisite purchase. But the promise of a new campaign brings additional incentive. Sure, Bowser’s Fury’s reported three-to-six-hour playtime is much shorter than 3D World, but the game’s new stages push the core game’s ideas ever further. Ingenuity is pervasive and that kind of creativity is inspiring. Sure, I love fan-servicey stuff like Gal*Gun Returns and Azur Lane: Crosswave, but it’s efforts like Super Mario 3D World that renew my enthusiasm for the medium. 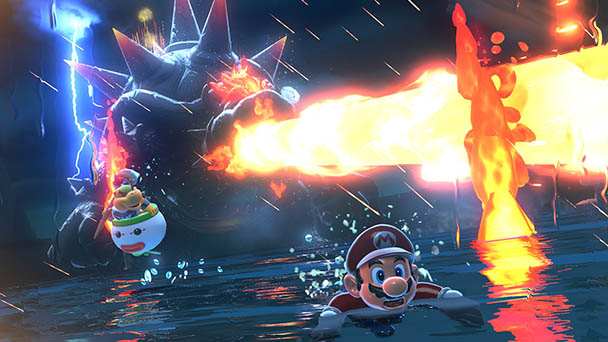 Matt S’ pick (Editor, DigitallyDownloaded): If we’re going to talk about the pure quality of a game, then Super Mario 3D World is, of course, the #1 choice this week. The fact that Bowser’s Fury is a “bonus” when it very much deserves to be a game in its own right shows just how all-out Nintendo has gone with this one.

On the other hand… panties. Mario don’t have those. Well, at least as far as we see.

Look. Gal*Gun has a singular reputation that I don’t believe it deserves. Because the action in it is quite pacey, it lacks the pinup voyeuristic quality of, say, Dead or Alive Xtreme 3, and I don’t think that it really works as a “perv” game as a result. I also don’t think the developers even wanted to do that, because Gal*Gun is clearly satirical in tone and direction, rather than titillating. Throw in Inti Creates’ raw talent for game development, and you’ve actually got something really good here. It’s a slick arcade shooter at its core, and it never forgets that, and while it might not be the most content-rich game that will be released this year, you’re going to have fun with this one. 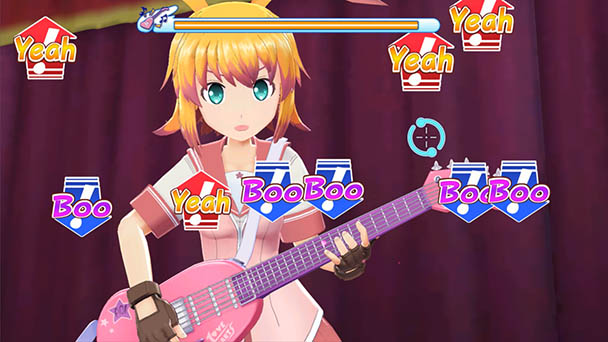 Ryan’s Pick: Perfect practice makes perfect. I suppose that’s been an ongoing theme with my picks as of late. Speed Limit is the embodiment of this idiom, as the game makes you employ that mantra to move through it. I think that it builds upon the really challenging model that Hotline Miami helped to bring back with the ‘one hit and you’re dead’ style gameplay. Developer Gamechuck has taken that model and then added various perspectives and added different genres with fast-paced gameplay as you escape and shoot your way out. Some of the perspectives definitely remind me of some great older games, like Desert Strike, which was one of my favorite games on Genesis.

This particular genre will require you to replay each part until you make it to the next checkpoint, which may be frustrating for some, but I personally love these types of game. The part I also like about these games is to see what the developer throws at you to try and get you to die at key points before the checkpoint, coupled with unexpected unscripted things that can happen. Oh and of course the self-induced leg-slapping for stupid mistakes that I make as a player – there’s that as well. Sure they can be a bit frustrating, but it’s still very satisfying to make it through to the next checkpoint and part of the game. If you are looking for a more relaxing game that isn’t a AAA title, I’d go for Onnanoko Keeper 2. It has a bit of a Gals Panic style gameplay where you can utilize a small robot to unlock 2D female anime art. It won’t be as involved as say firing a barrage of well-placed Ecstacy Shots like in Gal*Gun, but it should be just the right mix of light action and moe for any anime fan. 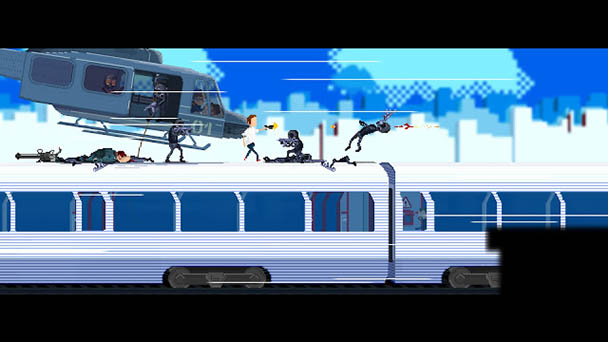 Matt C’s pick (editor, Shindig): I’m certainly not going to play Gal*Gun Returns, no sir. Gal*Gun: Double Peace was banned in New Zealand, so it’s only a matter of time before Returns is, too, and I won’t fool around with such contraband. I won’t enjoy a slick rail-shooter / dating sim mash-up, or a hilarious, satirical twist on fanservice tropes. I won’t enjoy the thrill of score chasing in a game that brings some neat new ideas to the rail shooter formula, nor will I enjoy a story that, despite its over-the-top nature and comically exaggerated fanservice, is surprisingly heartfelt when you get down to it. I won’t, I won’t, I won’t. Not me, definitely not.

But I will enjoy Super Mario 3D World + Bowser’s Fury, a good, wholesome, honest game without a panty in sight. This is a game that takes inspiration from both the 2D and 3D iterations of Super Mario and mashes those influences together in fascinating ways that don’t involve even the slightest hint of lewdness. This is a game full of joy, the sort of good, honest, wholesome joy you get from jumping on the heads of angry mushroom-creatures. And just when you thought you’d seen everything (not in that way!), there’s a whole lot more to see: a whole new side-game that could just as well be its own standalone thing. Good, clean, unadulterated fun is what you expect from Mario, and what you get in spades from Super Mario 3D World. 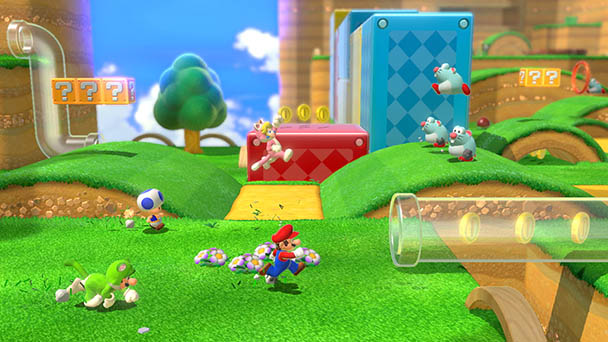