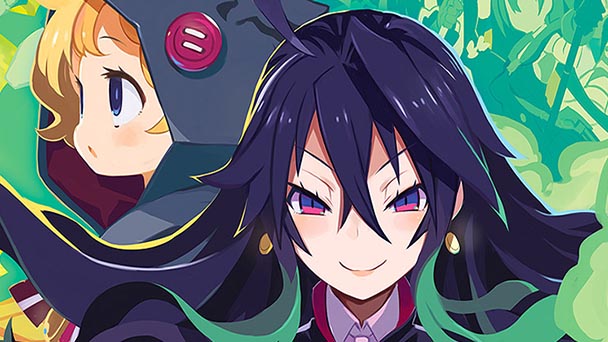 With a rich history that spans almost four decades, dungeon-based role-playing games (or DRPGs) have been especially prevalent across the last few years. Standout titles like Stranger of Sword City, The Lost Child, Ray Gigant, Mary Skelter: Nightmares, as well as franchises like Demon Gaze and Etrian Odyssey have pushed the genre to the forefront, fostering a legion of fans who enjoy the merits of an absorbing dungeon crawl. At first glance, the PlayStation 4, Switch, and PC release of Labyrinth of Refrain: Coven of Dusk might look like yet another foray tour through subterranean environments. But this one earns distinction by espousing the creativity associated with Nippon Ichi’s internal development team.

Visual novel-like cutscenes flaunt Takehito Harada gorgeous character art as well as the signature banter that are often at the core of N1’s titles. Here, players are introduced to Dronya the Dusk Witch, a mean-spirited servant of the King, who is hell-bent on exploring the game’s eponymous lair. Much like Etna, the scheming she-demon who’s juxtaposed against the good-natured Flonne in Disgaea, she’s juxtaposed with Luca, her naïve assistant. But as much as Dronya is irritating by Luca’s childlike behavior, she also needs her. Like any resolute-minded enchantress, she’s far too preoccupied with grand pursuits that to be burdened with the duties of cooking and maintaining the pair’s horse-drawn caravan. 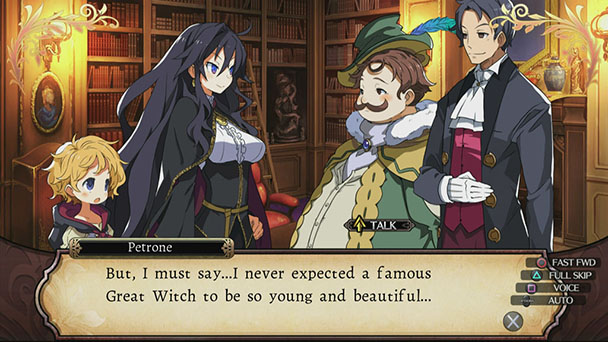 The third lead is Tractatus de Monstrum, a book that holds of the spirit of the sole human to narrowly escape from the Labyrinth of Refrain. Like many locations that hold great power, the great maze is protected by a miasma capable of killing any human who dares to enter its depths. As such, Tractatus (or as Luca prefers, “Tractie”) is tasked with exploration, but since he’s an appendage-less tome without any kind of fighting skills, he’s forced to use Luca’s handcrafted, sentient puppet soldiers to confront the labyrinth’s guardians.

Because Dronya and Luca can’t enter the perilous underground areas, there’s a bit of disconnect between their role and Tractatus’ tasks. But allow the narrative to develop and Coven of Dusk provides justification for its cast, allowing for the type of spirted script that Nippon Ichi does so well. Just don’t expect the lighthearted monkeyshines of the Disgaea series. Beyond the occasional lascivious comment, there a number of wretched personalities on display. We’re not supposed to identify with any of them, but instead find humor in their vile depravity. But given that The Witch and the Hundred Knight mined similar narrative territory to mixed reactions in the West, its possible that many might not appreciate its ambitions. 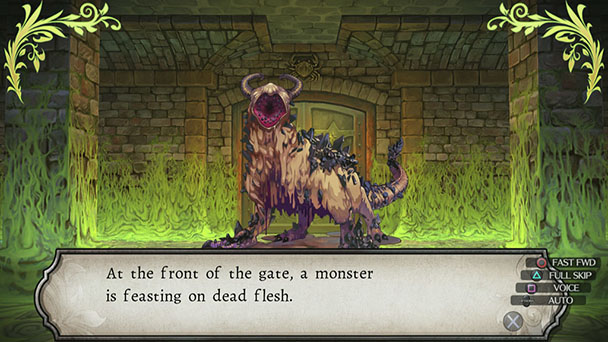 Much like how Mary Skelter employed literary characters in its storyline, Coven of Dusk channels the primary versions of the Grimm Brothers fairytales. Before these become innocuous fodder for children, the tales were holdovers from oral tradition, filled with pulpy bloodletting and a myriad of torturous acts. Coven of Dusk draws inspiration from these yarns, reveling in the actions of its merciless witch and an oversexed nun. While the storytelling might not delight everyone, those unhappy that Disney’s sanitized versions have become canon should appreciate the game’s sinister antics. Expectedly, longtime N1 composer Tenpei Sato’s music complements the events with his characteristic style. Listen, and you’ll inspiration that ranges from from Claude Debussy to Danny Elfman’s film score.

Much like Disgaea, Coven of Dusk’s combat might be rooted in a traditional turn-based approach, but offers an ample amount of flexibility, goading players into experimentation. Like many Japan-born role-playing games, there’s a playful nomenclature, but get past the imaginative names and you’ll quickly recognize the familiar systems. Here, your five squad of puppet soldiers are referred to as covens, and each of them can contain up to eight characters, extending an exhibition party that can up to forty members deep. 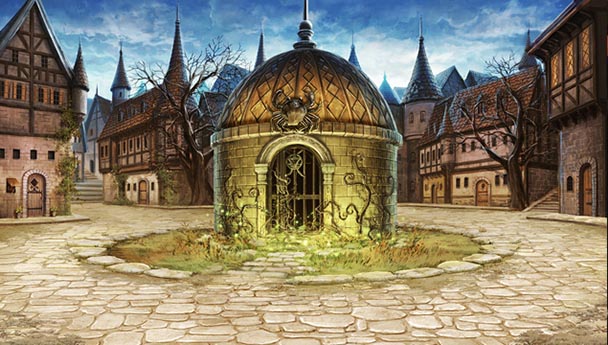 With twelve character types split into six distinct classes (called facets), Covens that offer different balances between attack and support characters, you’re given an invigorating amount of agency. While some will bemoan the limited number of enemy types across Labyrinth of Refrain, the constrained creature variety helps players from becoming overwhelmed when trying to gain the upperhand. With options for traditional melee attacks, magic attacks called ‘donum’, the ability to inflict criticals on weak points, and even arranging your covens in different formations, the smaller bestiary isn’t much of an issue until the game’s waning hours.

PC Comparison
On the PC, Labyrinth of Refrain has a 17.5GB install size, which is remarkably larger than the 2.1 GB footprint on the Switch. Expectedly, the bump offers a tangible improvement in visual quality with an option for 4K texture available from the main menu. Selecting this comes with a warning for underpowered rigs- although in execution, we witnessed nimble framerates on a 4K, GTX 1050 Ti-powered laptop.

With HD framerates, Refrain is an unmitigated performer. On a modest m3-powered GPD Win 2 with integrated graphics the game consistently put out more than seventy frames per second. Even on a Celeron-based two-in-one, the game looked unswervingly fluid. Beyond options for resolution, windowed, borderless, or full-screen play, players can toggle v-sync, bloom, and depth of field effects, potentially permitting the game to run on almost an PC released in the past five years.

Upon release, the Steam version of Labyrinth of Refrain was troubled by bugs that was cause the intermittent crash, especially in the Umbra dungeon. This was disheartening as players could lose a significant amount of time in the process. Pleasingly, the latest patch seems to repair the issue, as we’ve only had one crash since the update, and that was with a number of other applications running simultaneously.

The amount of player control also extends to the game’s dungeon, which is spread across areas connected by antechambers. Traditionally, these kinds of environments are maliciously engineered to funnel you through puzzles and give developers control over the experience. But spend a bit of your Reinforcement Points (RP) and you’ll be able to break down wall, accessing isolated rooms or even devising shortcuts. It’s a simple idea but that endows players with an invigorating sense of freedom, especially if you’re spent years reconnoitering environments with permanent partitions. 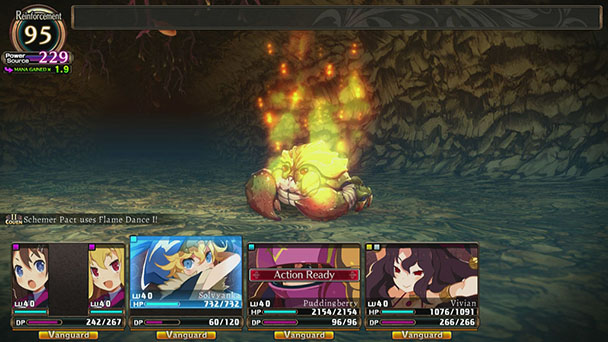 Naturally, you won’t be able to complete demolish dungeons, as your RP is limited and also used for other skills. Learned outside of the labyrinth, skills are a valuable aid during adventuring. Much like combat, the game extends a pleasing amount of autonomy and you’re able to pick from a multitude of perks that can soften some of the difficulty of dungeoneering. Pleasingly, these compel a bit of foresight from players. While it’s possible to progress with all choices, prudent decisions feel rewarding.

Dungeon-based role-playing games have flourished across the last few years, raising the bar for these kinds of exploratory experiences. Although Labyrinth of Refrain: Coven of Dusk doesn’t dethrone the Etrian Odyssey franchise, Nippon Ichi’s ingenuity undoubtedly makes this an adventure that fans of the genre won’t want to overlook. 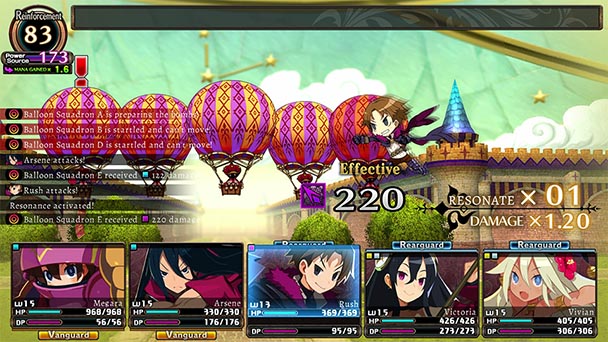 Labyrinth of Refrain: Coven of Dusk was played on the
Switch and PC with review codes provided by the publisher.

Labyrinth of Refrain: Coven of Dusk review
With a rich history that spans almost four decades, dungeon-based role-playing games (or DRPGs) have been especially prevalent across the last few years. Standout titles like Stranger of Sword City, The Lost Child, Ray Gigant, Mary Skelter: Nightmares, as well as franchises like Demon Gaze and Etrian Odyssey have pushed the genre to the forefront, fostering a legion of fans who enjoy the merits of an absorbing dungeon crawl. At first glance, the PlayStation 4, Switch, and PC release of Labyrinth of Refrain: Coven of Dusk might look like yet another foray tour through subterranean environments. But this one earns&hellip;

Summary : Labyrinth of Refrain: Coven of Dusk outclasses most of its competition with a darkly comic narrative and flexibility in combat. Art from Takehito Harada and music by Tenpei Sato add another layer of richness to the experience.