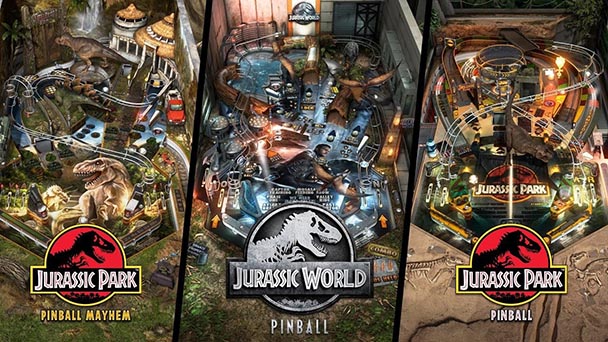 When Pinball FX 2 was first launched in 2010, the franchise earned a passionate legion of fans thanks to its technical prowess. While eschewing recreations of real-world machines, the series offered a prolific roster of fantastical tables that offered a stunning simulation of actual pinball. Elevated by a meticulous physics model, a supple framerate, and deft design decisions, it’s little wonder that Zen Studio’s persistence would achieve critical and commercial acclaim in the ensuing years.

2017’s Pinball FX 3 continued the developer’s ambitions, adding elements like asynchronous multiplayer challenges and tournament-style play. The effort also doubled down on Zen’s licensing efforts, adding tables inspired by notable Universal properties like Back to the Future, E.T. The Extra-Terrestrial,  and Jaws. With the release of Jurassic World Pinball, the developer has crafted another trio of tables based on the studio’s well-liked franchise, bringing digital dinosaurs onto playfields filled with flippers, bumpers, and sinkholes. 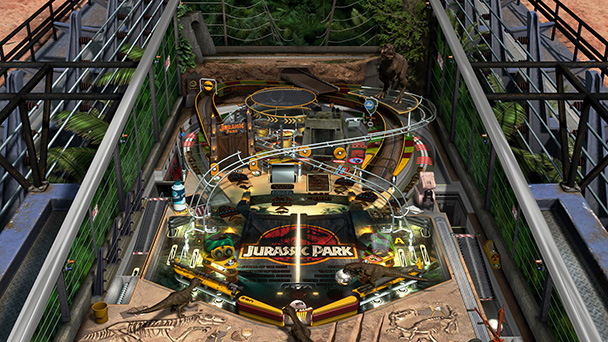 Drop into bundle’s Jurassic Park table, and you’ll discover the one of two faux-machines based on the 1993 Steven Spielberg film. If you’ve acquainted with Zen’s table designs, then Jurassic Park might be a bit of a surprise. Drawing on the shallower playfields of the past, the table is squatty, with the top containing a labyrinthine space filled with spiraling habitrails and ramps.  As such, expect the chrome orb to travel at high speeds, and the dreaded drain can happen in a fraction of a split-second.

Feature-wise, the field offers a few remarkable targets. Hitting an objective on the left side of the screen opens a raptor pen, permitting a trio of baby dinos to break loose, and snap at a nearby ball. Bashing at the iconic front gate, opens and alley. Send the sphere hurtling down this lane, and you’ll slowly push a toy jeep at the top of the field along, resulting in a cinematic payoff if you push the vehicle to the edge. Activate the table’s perimeter fence and balls can become electrified, moving around erratically. 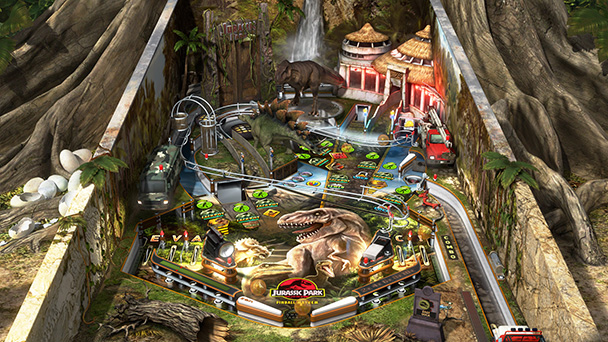 Staying with the famous film, Jurassic Park Pinball Mayhem shirks the cautionary yellow coloring of the Jurassic Park table for a playfield lined with vibrant green flora. Along the leftmost outlane is a glowing meter which represents the number of evacuees in different sections of the island. Unsurprisingly completing some of the table’s side mission permits people to flee the park, elevating your overall score.

Another remarkable feature are the animated dinosaurs on the table, which extend a variety of skill shots. Hitting the tail of the stegosaurs rewards an ample amount of points, and if players are able to precisely catch the exterminate in the right position, they can send the ball careening toward a T-Rex. Precise aim is also needed when a work truck on the playfield grabs the ball, dangling the orb around the table for a tempting scoring opportunity. 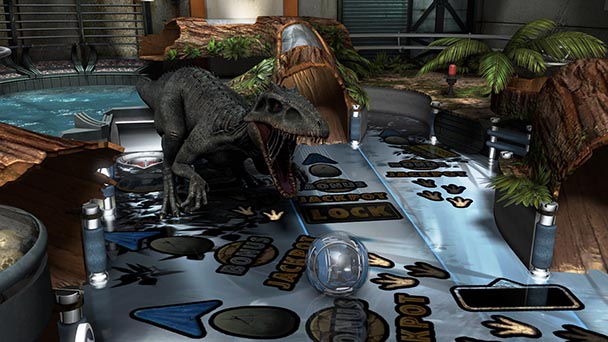 Arguably the pack’s best component in the Jurassic World table, which offers a number of welcome details. When you begin a game, you have a choice of tackling challenges in the order of the 2015 Colin Trevorrow -helmed film or selecting the sequence of trials yourself. Pleasingly, there are a multitude of different goals that range from hitting bumpers to hatch dinosaurs to making Owen train Blue, Charlie, Delta, and Echo, the four young, impressionable raptors from the film.

Aesthetically, there’s a lot to like about the table. The top left corner contains a shimmering pool of water, and well-aimed shot can send the ball zip-lining across the feature. The aquatic area even contains a hidden Mosasaurus that will surface if players rotate a spinner, thereby releasing bait. But the most pronounced element on the playfield is the Indominus Rex which sways menacingly at multiple places on the table. 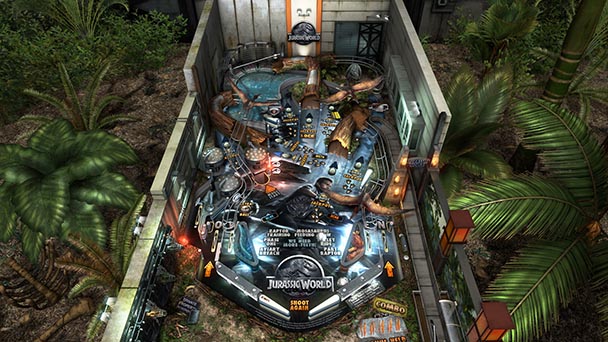 While Jurassic World aims to nail the atmosphere of the movie, with sound bites from Chris Pratt’s character, the pack’s other two tables offer a dissonant mix of actual clips and imitations, that sporadically overlap. And while the Jurassic Park tables attempt to channel the splendor of John William’s score, it seems Zen couldn’t license the actual music. As such, the music is evocative, but lacks the characteristic refrains. The only other issue centered around the tables remaining inaccessible and ‘greyed out’ on the main menu after purchase. When the game prompted us to “download and play”, we were unceremoniously greeted with a content not found message from the PlayStation Store. Eventually, the problem worked itself out after deleting and reinstalling Pinball FX 3, but was a bit vexing in the interim.

With the Jurassic World Pinball pack for Pinball FX 3, Zen Studios upholds their impeccable track record, extending a trio of tables that not only evoke the popular film franchise, but are marvelously fun to play even if you somehow missed the films. Here’s hoping that the developer gets to adapt other Universal properties into pinball form. We’d love to see a Pacific Rim, Hellboy, or Conan the Barbarian table. 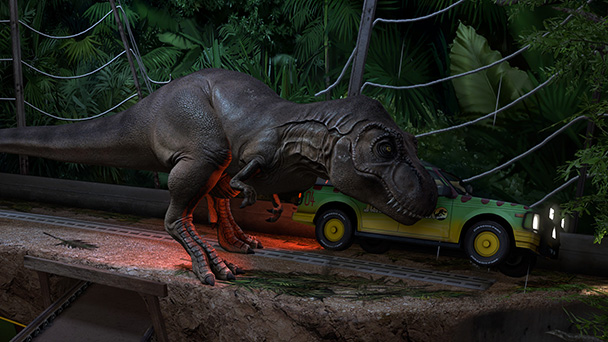 Jurassic World Pinball was played on the PlayStation 4
with review code provided by the publisher.

Summary : Save for the omission of John William’s score from the two Jurassic Park-based tables, Zen Studio’s latest collection of tables is a rousing success and just as much fun as the source material.