Zombotron is all about reconnoitering underground recesses filled with the angry undead. Here, we are the invader, making our way deeper into the labyrinthine depths. With Assault on Metaltron we switch to a defensive role, protecting our precious crystals from aggressors. Now matter what side you are on, IndieGo 15 examines two recently releases titles from modestly sized studios. 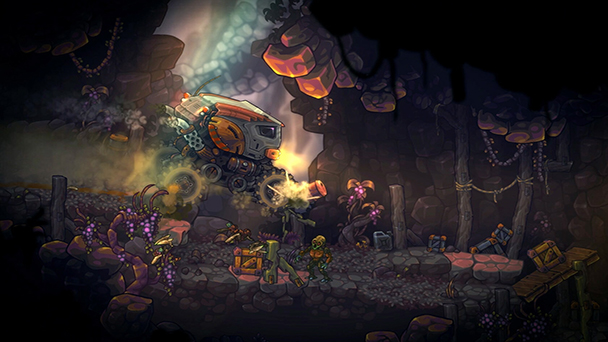 Mixing the frantic action of run-and-gun titles like Contra, Gunstar Heroes, and Metal Slug with the explorational quality of the Metroid franchise, Zombotron’s inspirations are admirable. Unsurprisingly, the recent PC release doesn’t outshine any of the aforementioned titles. But give the game a few minutes, and you’ll likely be smitten by the game’s bursts of intensity, or one of the gratifying physics-based kills.

Originally a Flash-based game that dates back to 2011, the Steam version of Zombotron runs on Unity. Like many two-dimensional games that employ the engine, Zombotron’s characters are made from numerous sprites and animate with a noticeable marionette-like quality. Players assume the role of a mercenary named Blaze Rush, whose moniker accurately describes his demeanor. Investigating a destress signal, he’s lured into the bowels of a labyrinthine complex filled with enraged zombie-like creatures. Luckily, there’s an ample supply of arms and ammo to help clear the subterranean passageways. 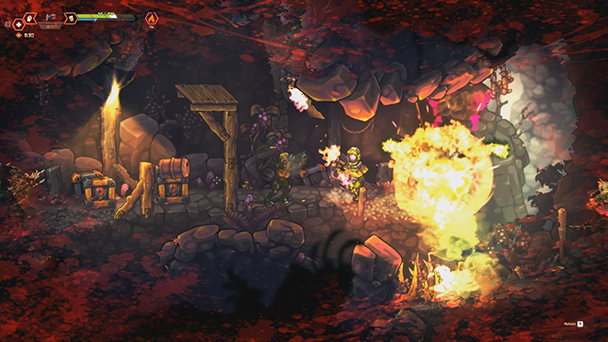 Whether you opt for keyboard-and mouse or controller input, your guns behave rather realistically. With the mouse or the right thumbstick you can freely aim a reticle in any angle. But your bullets travel in cone-like trajectories, possessing less accuracy the further away your target is. Since headshots can stop a zombo in their tracks, you might be tempted to let some of the undead draw near. Just don’t don’t let the spear-lobbing ones get too close to you.

But with limited ammo supplies, you’ll occasionally want to be sparing and use environmental elements to eliminate enemies. Fortunately, they’re unexpectedly fragile, and a falling barrel or bridge can kill them instantly. There is also an abundance of explosive containers, which denote with enough force to kill a small ground of foes. Just be aware of the residential flames, or you’ll be forced to use a heal that tied to a cool-down timer. 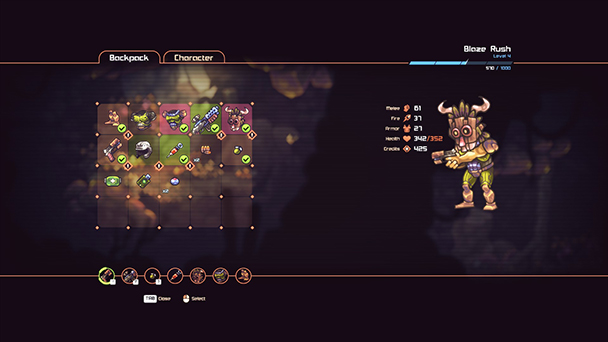 The original Zombotron was a technical delight with a robust physics system that made play novel; you never quite knew how shooting an explosive would turn out. That carries over into this version, which ups the fidelity, weapon count, and environmental size. Gratification comes from the sense of polish, which helps overcome the frustration of losing your equipment after an unsuccessful boss battle.

Recommended for: Players who welcome a sense of exploration as well as bursts of intense action. 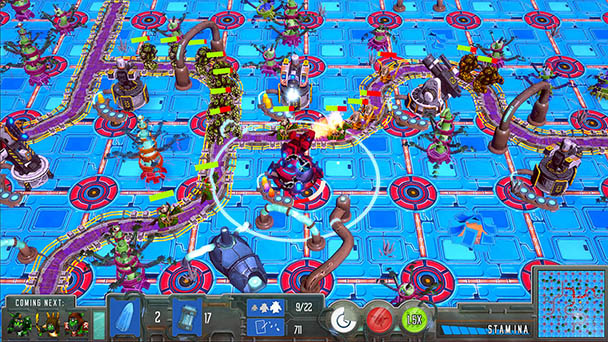 With titles like Defense Grid 2, PixelJunk Monsters 2, and Zotrix: Solar Division, the Switch already has a handful of solid tower defense titles. But if you’re a devoted fan of the genre, you might want to give Assault on Metaltron a try. With plenty of tower types, a difficulty that doesn’t demand perfection, and a reasonable price, the title certainly has a number of positive attributes.

What is doesn’t have is any type of story. Move through the game’s single-players or cooperative campaign and you’ll encounter a noncompulsory tutorial that explains the fundamentals. But what you won’t receive is any kind of explanation of why Metaltron’s monsters are attacking, why the robotic protagonist has gorilla arms, or why the landscape is so garish. But you’ll probably quickly overlook the lack of storyline as soon as the first procession of enemies march toward your stack of what resembles blue crystals. 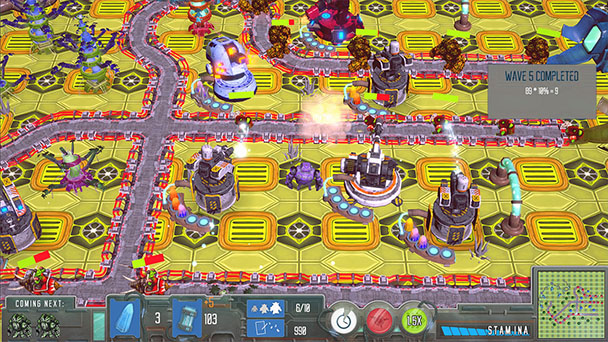 The strange-looking tree-like objects that dot the path toward the gems are where you can build your defensive towers. Expect the typical array of machines like lasers, heavy guns, and turrets that can slow down adversaries. Additionally, there are elemental tower that can set foes blaze, poison them, or strike them with electricity. Then there are the miscellaneous outposts, that can remove cloaking from invisible adversaries or slowly farm currency for you. Much like PixelJunk Monsters, your character can dance on a tower to power them up. Alternatively, you can spend money to improve their power, range, or firing speed.

For better or worse, Metaltron doesn’t lock advanced towers behind a skill tree. Everything is available from the onset of each round, if you have the cash. This stance large duplicated by the game as well. While success opens new levels, each providing new path layouts and color schemes, Blue Sunset Games doesn’t provide the typical drip feed of novelty. But the game is surprisingly resistant at growing stale. Save for some of the latter levels, balance is quite fair and tactical planning will ensure your crystals are unharmed. Additional entertainment is found in the game’s randomized skirmish battles, where you can customize elements like the map, number of waves, and the amount of gold you start with. Save for an inversion of the word ‘loading’ when resetting a stage, Metaltron runs solidly. 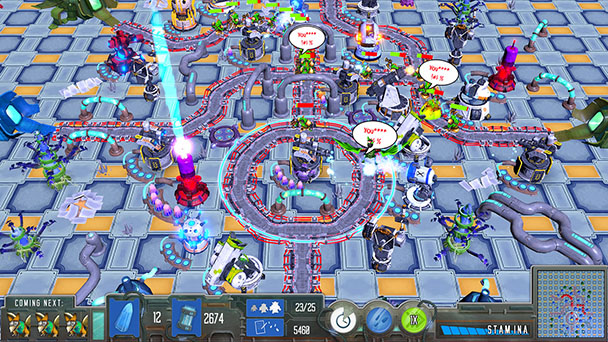 Recommended for: Players who like their tower defense accessible and affordable.