We travel the cosmos, putting an end to hostility in Galaxy of Pen and Paper, which simulates the feeling of playing a table-top, role-playing games. In, Zotrix: Solar Division, we serve as protector, safeguarding space stations against processions of marauders. 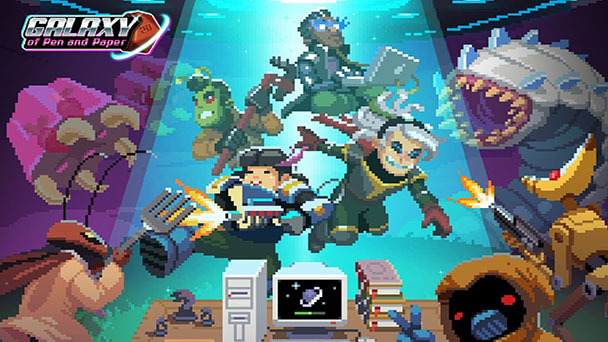 In 2013, Beyond Studios developed Knights of Pen and Paper. It was an intriguing title that merged the turn-based combat of role-playing games with a meta-game which simulated the conversation of table-top games. Instead of crafting a sequel to their successful title, the studio went on to create Chroma Squad, enabling Kyy Games to concoct the follow-up. For the third iteration in the series, Beyond returns, offering just enough variation to advance the franchise.

At the beginning of the game, you’ll be tasked with creating a Galactic Master (or GM) and two characters. The former isn’t playable, but serves as a storyteller, pushing the plot along and delivering a steady succession of comical sci-fi refences. Characters serve as active participants in the GM’s narrative, and have stats based on their race, class, and selection from one of thirteen-different role-playing archetypes. 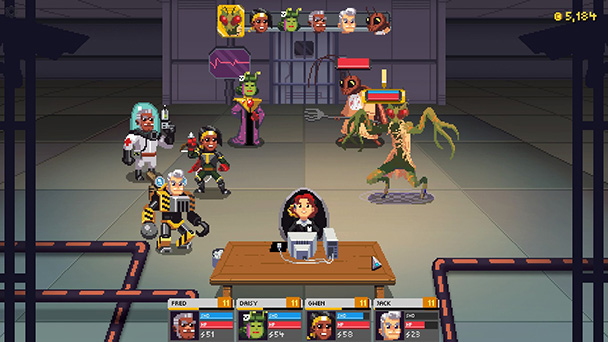 Like the original Knights of Pen and Paper, players from multiple paths toward character growth, with errand that range from enemy eliminations to escort assignments. Regardless of bearing, players are thrust in battle at regular intervals. When fighting most subordinates, you’re able to determine just how many foes your party will take at once, with bonuses like extra currency or experience offered to risk takers. For Galaxy, players can freely select up to four different skills for use in combat. While this injects some strategy into the game’s challenging boss battles, the game provides so many abilities at the start that a sense of progression is undermined.

While the game’s group and space-based battles become repetitive during the eight-hour campaign, Galaxy’s ship-based battles remain appealing across the duration. Here, you’ll be randomly engaged when flying between planets and settlements, summoning a split-screen showdown between vessels. Here players roll dice to determine the quantity of skill points that can use. Since you’ll gradually collect new dice during the main plotline (ranging from four to twenty-sides), there’s a sense of development for your vessel that feels gratifying. 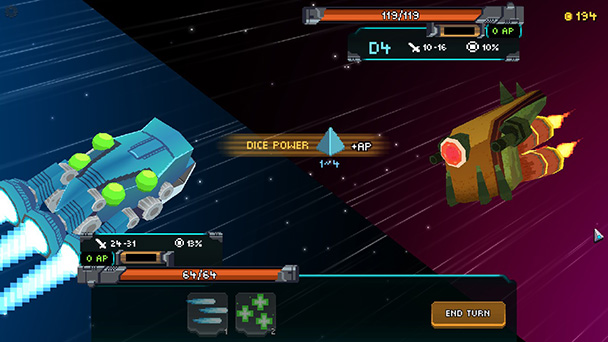 The PC iteration of Galaxy of Pen and Paper still contains several bugs that can damped the experience. But if you’re able to peer past these, the game offers an interesting and moderately autonomous take on role-playing tradition. Certainly, some will be dazzled by the game’s chiptune soundtrack, which extends a number of synthesized charmers. 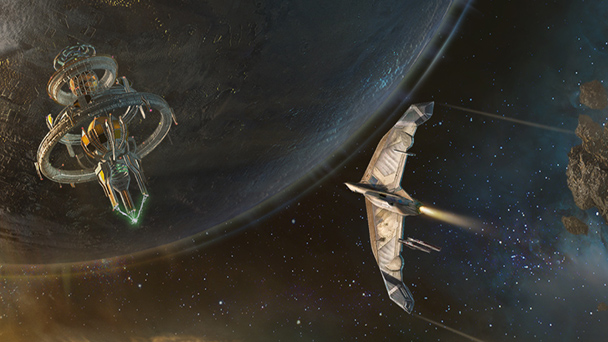 First, the discouraging news: Zotrix: Solar Division is a PC port with an abnormally cumbersome user interface. Largely, the controls favor clunky inputs like pressing down on the left and right analog sticks to make menu selections. Whereas most games employ face buttons for basic commands, Solar Division opts for the triggers. Fundamental elements such as stage selection are unintuitive and will undoubtedly confound players until they learn the game’s convoluted ways. While there’s touchscreen support, many of the game’s on-screen buttons are too small for adult fingers.

That said, Zotrix: Solar Division is easily the best tower defense title on Nintendo’s Switch. Many genre entries begin as mobile games before being ported over to consoles. But Solar Division’s PC pedigree means that it’s much more sophisticated than its contemporaries. As such, you can expect to have a high degree of control over your turrets and a play screen that’s filled with information. Pleasingly, there’s a lot of variation to be found too, with players able to tackle stages in six different ways. 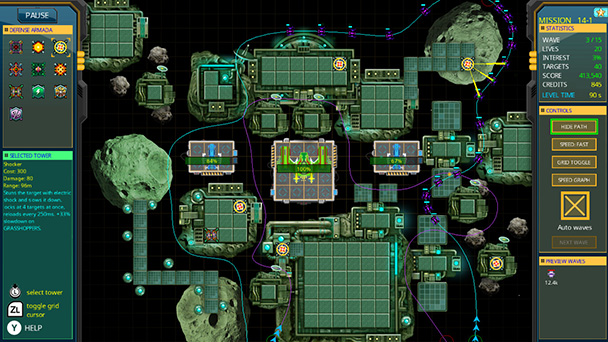 Another upside stems from Solar Division’s shirking of light puzzle aspects. Generally, the game won’t surprise you with an enemy type that resistant again you’re defense network. Instead, challenge stems from the invaders that have a multitude of hit points, inciting players to create chokepoints where arrangements of defenses wear them down. Undoubtedly, there’s originality in your arsenal. Beyond the basic TD tower types, there are turrets that travel between two points on the map, which help cover gaps in the terrain. Missiles are especially helpful, quickly homing in on toward another foe when their target is destroyed.

Solar Division’s forty-five missions gradually intensify the difficulty and sporadically add variation, with tasks like protecting moving ships. Whether you’ll enjoy tackling them hinges on your tolerance toward user interfaces. While I was frustrated every time I accidently canceled a tower placement, Zotrix’s nuance and engaging campaign kept goading me along. If developer ZeroBit ever revises the interface, Zotrix: Solar Division might be able to attract more than just hardcore fans of the tower defense genre. 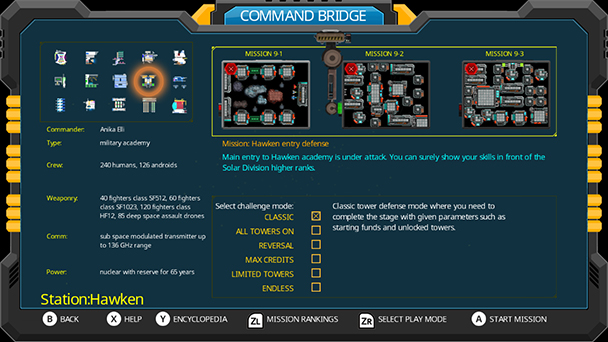