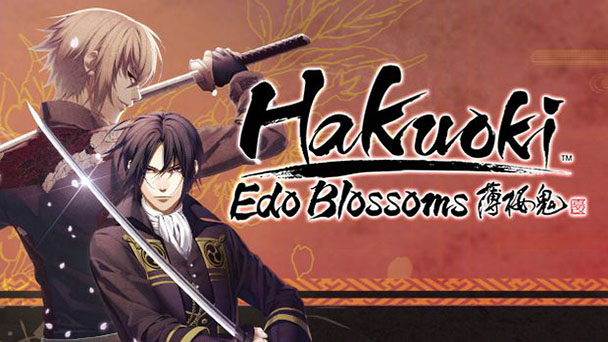 Although the conflict only lasted for four days, the Battle of Toba-Fushimi was a pivotal moment in Japanese history. Following the forced opening of the Hakodate and Shimoda ports by Commodore Matthew C. Parry, tensions grew between the Imperial loyalists in Kyoto and the Tokugawa shogunate. After securing over two centuries of political and economic stability, as well as a cultivation of the arts, the latter was understandably resistant to change, inspiring a splinter group of thirteen loyalists to protect the interests of the shogun. Although these fighters, known as the Shinsensumi lost at Fushimi, their spirit and fortitude still resonate in contemporary media. The release of Hakuoki: Edo Blossoms for the PS Vita and Steam continues their tale which began with last year’s release of Kyoto Winds.

Sure, Hakuoki: Edo Blossoms adds a substantial amount of supernatural mythos to the story of the battle-beaten Shinsensumi, with many of the group’s actual founding members now becoming half-vampire, blood-thirsty creatures known as furies. In execution, the mythical elements serve as another inroad into Edo Blossoms, inviting those without a dedicated interest in Japanese history. But for those who are interested in the dawn of Meiji period, will appreciate the game’s incorporation of political and cultural elements. 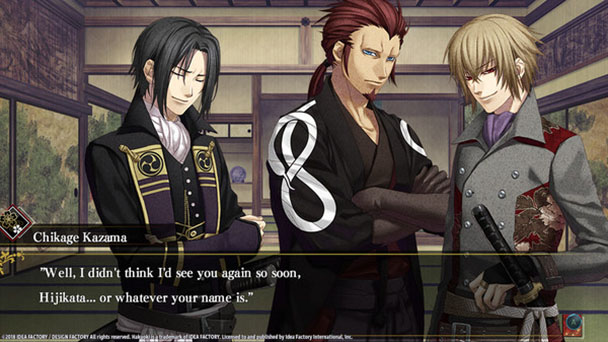 One requisite for enjoyment exists for Edo Blossoms: a journey through it’s predecessor. Kyoto Winds introduced players to Hakuoki’s protagonist, Chizuru Yukimura, a young woman who came to Kyoto to locate her missing father. Soon after arriving, Yukimura inadvertently witnesses an incident. To ensure the Shinsengumi’s secrecy, she’s compelled to travel with the group dressed as a boy. Throughout Kyoto’s storyline, the heroine inevitably connects with one of the dozen Shinsengumi warriors, as the couple careen toward foreseeable tragedy.

With Edo Blossoms, the faction is reeling from the loss at Fushimi and retreating toward Edo. At the start of the game, Yakimura is able to accompany any of the twelve Shinsengumi, along with a route that reflects a solitary perspective. Interestingly, one of Kyoto’s fallen combatants makes a return, extending an enthralling alterative reality. In lieu of the romancing routes of Kyoto, Edo offers a comparable component. Here, you’ll have the option to share blood with your significant other, offer a makeshift elixir to suppress the thirst, or relinquish bloodletting, knowing your companion will suffer. This ethical quandary helps determine which of the thirty-plus ending you’ll receive at the end of each route. 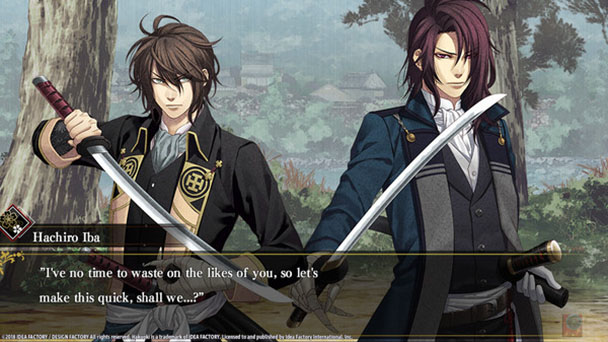 In tone, Hakuoki: Edo Blossoms is quite divergent from Kyoto. Overwhelmed by the loss at Fushimi and the implications of the changes to comes, each warrior deals with the situation different, offering an insightful mosaic of perspectives of an uncertain future. And while Yukimura’s character development was rather constant in the first game, here we see different faucets of her personality that arise from her interactions with each Shinsengumi member. To Otomate’s credit, there’s a gratifying amount of diversity across each route, with little of the homogeneity that can occasionally stifle an otome. The shift in context between game also prompt a change in timbre by the localization team. While both Edo and Kyoto are free from the typos that seem to afflict many contemporary adaptions, a move toward more vernacular language is noticeable this time out.

Navigation through Edo is a breeze thanks to some prudent design decisions. Beyond being able to bypass parts of the story you’ve already seen, you may also jump back in time. This permits exploring different routes of each forking route, permitting readers to easy read all of the visual novel’s adept storytelling. Pleasingly, the different routes offer a length that allows for exposition while also being accessible for single (albeit protracted) play sessions. Expect each path to be about three to five hours in length, dependent on your reading speed. And even if you’ve journeyed though Hakuōki: Stories of the Shinsengumi, the PS3 and 3DS release which extended both parts of the Kyoto/Edo narrative, reading this version is counseled. With numerous additions and subtle tweaks to the script, this two parter pays extra dividends when it comes to emotional impact. 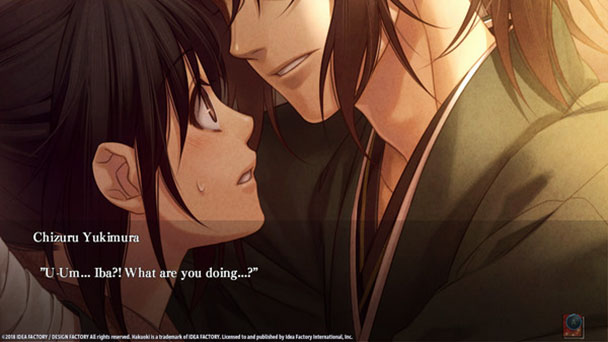 Whether you trek through Hakuoki: Edo Blossoms on the PS Vita or via the Steam release, you can expect sumptuous aesthetics. If you’re a fan of feudal-era interiors, where the utility of fusuma (configurable sliding doors) is balanced with the splendor of painted depictions of flora or the urbanized streets that foreshadow the development of the capital city, Edo’s backdrops are consistently evocative.  But even more appealing in the gorgeous character art, which highlights the requisite unruly strand of Shinsengumi hair or the exposed shoulder prepared for bloodletting in an unswervingly attractive manner. There are plenty of pleasing subtleties to be found as well, like the shift toward Westernized battle dress and weaponry. Musically, the visual novel’s soundtrack is just as adept, offering tuneful instrumentation that evokes the era.

While romance plays a significant role in Hakuoki: Edo Blossoms, it’s only one constituent in a game that proficiency blends from a variety of elements. History buffs will revel in the game’s rich context and themes of valor and trust, while those with an interest in the supernatural will undoubtedly appreciate the tribulation faced by the furies. But above all, Edo’s characterization are the novels ultimate draw, offering an intriguing cross-section of personalities that will linger in hearts and minds after the credits have rolled. 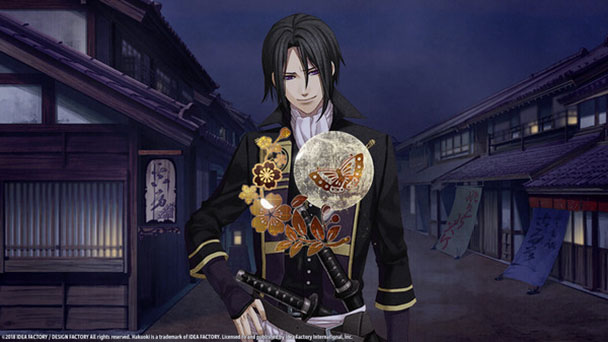 Hakuoki: Edo Blossoms was played on the PS Vita
and PC with review code provided by the publisher.

Hakuoki: Edo Blossoms
Platform: PC, PS Vita
Developer: Otomate, Idea Factory
Publisher: Idea Factory International
Release date: March 13th, 2018
Launch Price: $39.99 via physical and digital (Vita), $29.99 via Steam (PC)
Hakuoki: Edo Blossoms review
Although the conflict only lasted for four days, the Battle of Toba-Fushimi was a pivotal moment in Japanese history. Following the forced opening of the Hakodate and Shimoda ports by Commodore Matthew C. Parry, tensions grew between the Imperial loyalists in Kyoto and the Tokugawa shogunate. After securing over two centuries of political and economic stability, as well as a cultivation of the arts, the latter was understandably resistant to change, inspiring a splinter group of thirteen loyalists to protect the interests of the shogun. Although these fighters, known as the Shinsensumi lost at Fushimi, their spirit and fortitude still&hellip;

Summary : Hakuoki: Edo Blossoms extends a gratifying conclusion to Kyoto Wind’s opening, permitting players to explore the array of personalities across the Shinsengumi is more detail. As such the two visual novels are inseparable, producing a bond as rich as the most devoted of lovers.