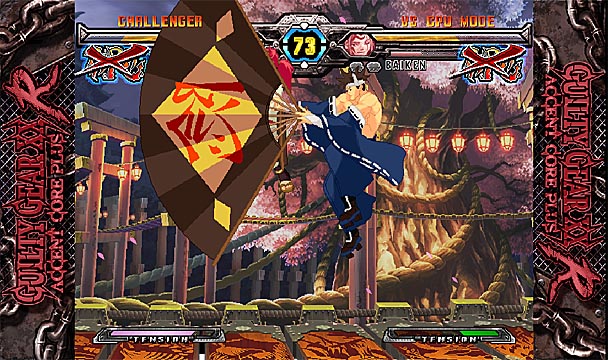 It was just a little over a month ago that Tech-Gaming’s number one reviewing tag team reunited to critique the Xbox LIVE and PSN release of Guilty Gear XX: Accent Core Plus. In that review, I said “Accent Core Plus has enough offline modes to justify the price of admission without ever setting foot online.” At the time, it was intended to be a light-hearted assessment of the game’s single player offerings. I didn’t think it would be a scenario that PS Vita owners would actually have to face when the game hit the platform. Maybe it would be best if I start with the good news.

The original Accent Core Plus was a beast as far as content is concerned and Plus R is no different. In addition to Plus R‘s under-the-hood tweaks, almost everything from ACP returns for a second (at the very least) tour of duty. The roster is, quite literally, Jam-packed with twenty-five off-the-wall fighters. This time, two characters that were unlockable in vanilla ACP, Kliff and Justice, are available from the get-go. Being the portable game that it is, Plus R delivers a healthy line-up of offline modes for on-the-go gaming. Arcade, Medal Of Millionaire, Story, Survival, Team Battle, Versus, and more provide a decent amount of replayability, which is a good thing since a genre main-stay is M.I.A. 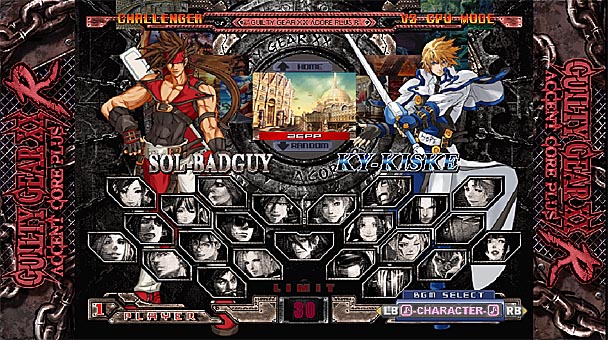 The online multiplayer mode has been completely stripped out of the Vita version. If you don’t have a buddy with a copy of the game sitting right next to you, the only opponents you’ll be facing have artificial brains. While GGXX:ACP‘s net-code was not without its faults, the lack of online multiplayer of any sort is bound to be an unforgivable omission to most. With every traditional fighting game on the Vita offering up online play, it’s hard not to view Plus R as anything other than the bottom of the totem pole.

Performance-wise, Guilty Gear XX: Accent Core Plus R does a respectable job on the Vita. Though, if I may be so blunt, a 2-D game with a 4:3 gameplay aspect ratio better run well on the Vita. Fights are as chaotic as ever, with no apparent sign of slow-down. Character sprites benefit from the smaller screen, resulting in a cleaner overall look. There was one thing I did, however, come across. During the Arcade mode boss fight against I-No, I noticed a split-second skip in the character animation of Dizzy while I was backing away from a special move. It was like a single frame of her retreating animation was skipped. I tried to recreate the issue, but did not encounter it again. While this was most-likely a graphical anomaly, and a small one, at that, I felt it was worth mentioning since I did notice it. 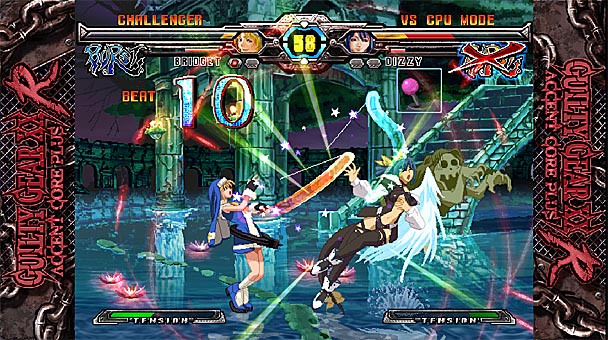 Save for maybe a pizza grease-stained arcade cabinet, fighting games are best played on home consoles. Through the magic of the Internet, players from all over the globe can beat the tar out of each other for bragging rights. It’s how the vast majority of the fighting game community operates now. Portables haven’t been big platforms for the genre because most of the games released were offline-only, and those that did have online play weren’t anything to write home about. That changed with the current generation of portables. Both, the PS Vita and the Nintendo 3DS, had fighting games with online multiplayer at launch. Great ones, as a matter of fact. Furthermore, the Vita has games that support Cross-Play; online fights against PlayStation 3 players. The walls that stood between console players and portable players for years have been torn down. The standard for fighting games on portables has been redefined to include online modes, making titles like Guilty Gear XX: Accent Core Plus R that lack the feature, low-priority releases.

It’s not that Plus R is a bad game, it just ranks below everything that’s already out there on the Vita. Arc System Works cut the most important corner possible, and in doing so, they plowed the R.M.S. Guilty Gear straight into an iceberg. Making Plus R an even harder sell at $14.99 is the fact that the Vita version of BlazBlue: Continuum Shift EXTEND, a superior game in practically every way, will be joining PlayStation Plus’ Instant Game Collection later this month. Unless you’re a hardcore fan jonesing to play Guilty Gear on the crapper at work, your money’s better spent on the PSN/XBLA version of Accent Core Plus, especially if it gets updated with the Plus R enhancements. 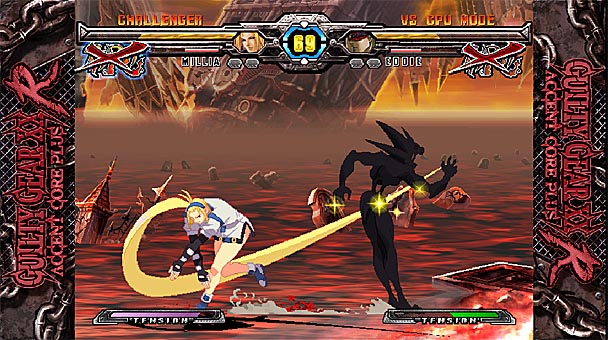 Guilty Gear XX Accent Core Plus R Review
It was just a little over a month ago that Tech-Gaming's number one reviewing tag team reunited to critique the Xbox LIVE and PSN release of Guilty Gear XX: Accent Core Plus. In that review, I said "Accent Core Plus has enough offline modes to justify the price of admission without ever setting foot online." At the time, it was intended to be a light-hearted assessment of the game's single player offerings. I didn't think it would be a scenario that PS Vita owners would actually have to face when the game hit the platform. Maybe it would be best&hellip;

Summary : In a genre that's already heavily saturated on the Vita, Guilty Gear XX: Accent Core Plus R fails to differentiate itself in a positive manner. The lack of online play, in conjunction with the $14.99 price-point and 4:3 visuals, dooms this release to obscurity.