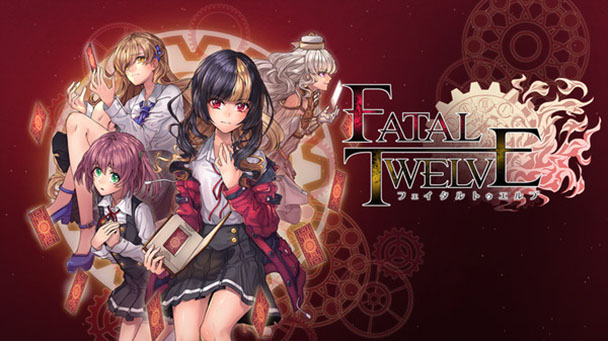 Portrayals of teen deathmatches resonate with the public across a multitude of mediums. Both Koushun Takami’s Battle Royal and Suzanne Collins’ The Hunger Games started as books, before being transformed into films, while the Danganronpa franchise consists of a trio of games that have been adapted into manga and anime. While not as renowned as the previously mentioned properties, Future Diary (Mirai Nikki) pitted a dozen diary holders against each other, with the winner able to avert an imminent apocalypse. Clearly, we enjoy watching a cross-selection of youth embody Nietzsche’s will to power, offering insight into the struggles- which after thousands of years of civilization, continue to dominate human behavior.

This type of conflict is also at the core of Fatal Twelve, a recently released visual novel from aiueoKompany, the developers of Sound of Drop: Fall into Poison. Pleasingly, the experience doesn’t just focus on adolescent aggression, delving into a variety of genres. From slice of life observations, a lingering sense of mystery as elements are steadily explained, to yuri romance that evades feeling like gratuitous fan service, Fatal Twelve is an involving, multifaceted work. Those who appreciate a bit of existentialism in their novel will undoubtedly appreciate aiueoKompany’s ambitions. 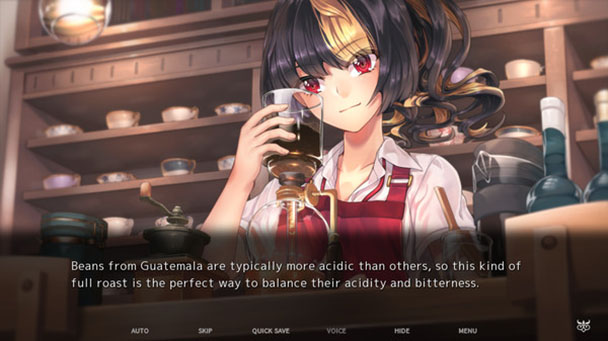 The story opens with first-person narration from Rinka Shishimai, a student at the prestigious Amecha Girls’ University High School. But her naturally two-toned hair led most of her fellow classmates to assume Rinka is a delinquent. But instead of trying to confront the misconception, she adopts a dismissive assessment of the majority her peers, preferring the company of a close circle of friends. If you’re a visual novel fan, there’s a chance you’ll be able to relate to Rinka’s status as a bit of an outsider, which can intensify the plot. Others might find charm in the quaint charm of the Lion’s House, a relaxed café owned by her grandmother, which hosts a revolving group of regulars.

One occasional visitor to the café is Naomi Hitsuji. One day, when Rinka and Naomi are riding the Yamanote-sen train home, the clumsy friend bumps into a taciturn foreigner, closely clutching a backpack. While the incident seems unremarkable, several minutes later, Rinka notices the girl’s bag is open, revealing an explosive device. Before she has a moment to warn her friend, the bomb detonates, with Rinka doing her best to protect Naomi from the blast. With a vivid description of her flesh melting off her skin, Rinka perishes, creating a rather remarkable introduction. 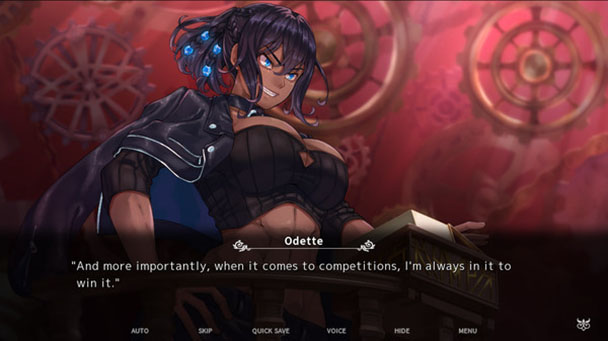 To reveal much of the aftermath would be a disservice to the skillfully written plotline, which envisions an eccentric girl named Parca presiding over a contest called the Divine Selection. Here, twelve participants exist in an alternative dimension, each competing to undo their own death and the events that caused their demise. Advancement through Devine Selection is done by discovering their fellow competitors name, cause of death, and regrets. Given the recent backlash of Facebook’s slipshod approach to user privacy, the protection of person information has an eerily timely feel.

Satisfyingly, Fatal Twelve isn’t limited to a single, first-person viewpoint, with several junctions which exhibit the perspective of other characters. Periodically, you’ll encounter the opportunity to make decisions which influence the direction of the storyline. While many of the early selections have minor consequences, some of choice in the later part of the novel with affect which of the game’s ending you’ll see. Fortunately, Fatal Twelve offers plenty of save slots as well as the ability to speed through large swaths of dialog, allowing you to painlessly see everything. 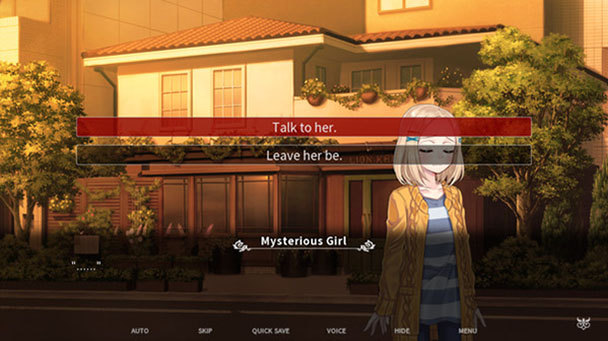 And you’ll definitely want to explore and potentially revisit Fatal Twelve. There’s a wealth of poignancy in the two endings I’ve seen, with the developers understanding that an emotive song played at the right moment can really amplify any sentiments. And skillfully, the title sidesteps the conventional hero/villain dichotomies, opting for a cast that conveys a more realistic depiction of morality and motivation. Yes, that’s means there might be some unexpected empathy across the journey, which is almost always an advantage for a plotline.

Largely, the localization is competent, with a handful of grammar errors being the most conspicuous issue. Those who understand Japanese will likely appreciate the literal approach to translation, with the omission of honorifics being another slight issue. But that said, the voice acting is consistently top notch, with the cast really nailing the emotional range of each character. Unfortunately, reaction fundamentally has to be conveying through writing and voice work. While Fatal Twelve’s character portraits are consistently attractive, there are a limited number of facial expressions. 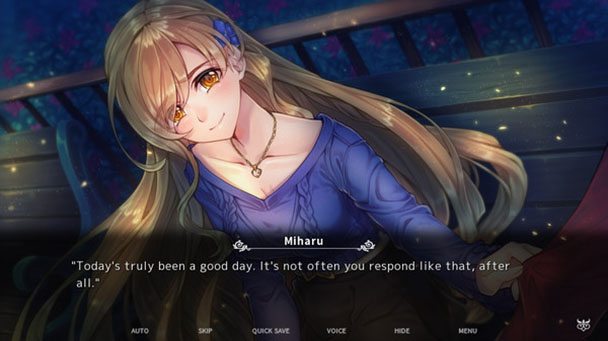 Similarly, there’s the occasional disconnect between speech and image- like when the girls state a train is filled with people, while the CG shows an empty passenger car. But any issues with visual dissonance are almost pardoned by the game’s stunning soundtrack, which offers everything from an affecting piano-drenched melody to stirring numbers during moments of dramatic tension. Twelve’s user interface is another treat, offering elegance and speed to players. The only problem is the inability to view previous passages of text.

With a contest centered around survival, it might seem that Fatal Twelve plumbs familiar territory. But in execution, the visual novel offers novelty, both in the depiction of interesting and realistic characters, as well as the examination of the human condition. Fans of the medium will likely appreciate the title’s execution, while Fatal Twelve can show newcomers the capacity of the visual novel. 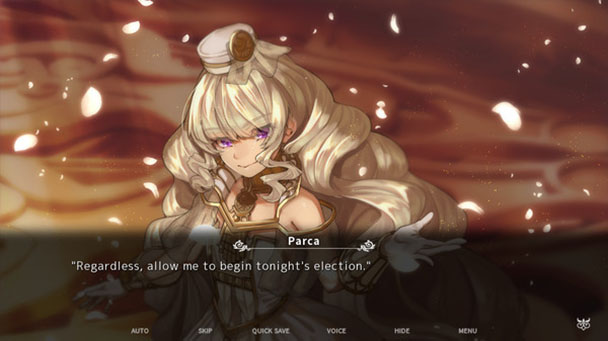 Fatal Twelve was played on the PC with
review code provided by the publisher.

Fatal Twelve
Platform: PC
Developer: aiueoKompany
Publisher: Sekai Project
Release date: March 30th, 2018
Price: $19.99 via Steam
Language: Japanese voice, English text
Fatal Twelve review
Portrayals of teen deathmatches resonate with the public across a multitude of mediums. Both Koushun Takami&rsquo;s Battle Royal and Suzanne Collins&rsquo; The Hunger Games started as books, before being transformed into films, while the Danganronpa franchise consists of a trio of games that have been adapted into manga and anime. While not as renowned as the previously mentioned properties, Future Diary (Mirai Nikki) pitted a dozen diary holders against each other, with the winner able to avert an imminent apocalypse. Clearly, we enjoy watching a cross-selection of youth embody Nietzsche&rsquo;s will to power, offering insight into the struggles- which after&hellip;

Summary : Fatal Twelve offers a fascinating rumination on life, love, sacrifice, and regret. Those with even the slightest interest in visual novels should experience this rich blend of quality characterization and attractive art, that complemented by a first-rate soundtrack.