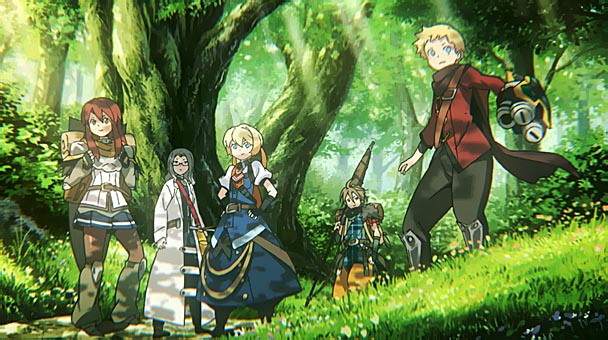 When the original Etrian Odyssey shone across Nintendo DS screens in 2007, the title was a salient reminder of role-playing’s early qualities. Beyond combat which echoed the thorny turn-based battles of Wizardry, the game also simulated pen-and paper mapmaking. In an era where the ubiquity of auto-mapping has removed much of the thrill from dungeon exploration, the Atlus-developed title reminded players of the satisfaction culled from cartography- as touchscreen based etchings became the catalyst for your survival. Much like the user-created protagonists of each subsequent sequel, Etrain Odyssey endured- and in the process, the franchise’s most antagonistic mechanics gradually became assuaged.

With the release of Etrian Odyssey Untold: The Millennium Girl for the Nintendo 3DS, Atlus revisits the original Labyrinth of Yggdrasil, adding a number of modification and additions which make the game an ideal starting point for newcomers. Pleasingly, this isn’t the prototypical cash-grab employed by many publishers. The Millennium Girl prudently integrates the visual sumptuousness and advanced map mechanics of Etrian Odyssey IV: Legends of the Titan, while offering the option of an overarching narrative. 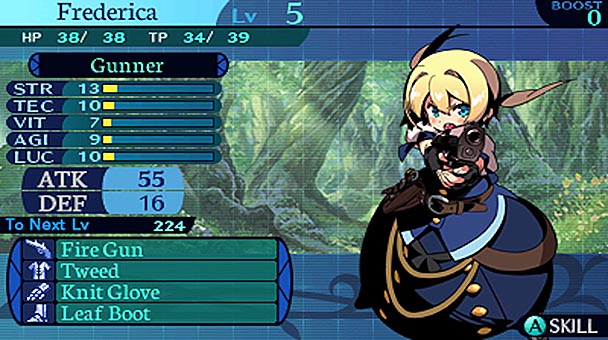 For series stalwarts, Etrian Odyssey Untold’s possibility for plotline may seem a bit odd. The franchise has habitually shirked providing premade characters, allowing players to cultivate their own harmonized blend of classes. Fortunately for purists, the title’s Classic Mode bequeaths the latest Etrian amenities without the expository bits. With the polygonal enemies, stereoscopic effects, new navigational elements, and revised dungeons, The Millennium Girl effectively renders a search for the original DS cartridge into a fool’s errand.

Alternatively, the game’s Story Mode weaves an entertaining tale around its roster of pre-built protagonists. Players assume the role of the taciturn Highlander, who is asked by the leaders of Etria to investigate the cause of earthquakes which have been upsetting the town. During an initial exploration of a derelict ruin, the Highlander meets a trio of reconnoiters with a similar ambition as well as an amnesiac girl who is woken from a state of suspended animation. Expectedly, malevolent forces in the environment unite the adventurers, bringing together a reckless alchemist, analytical medic, and hard-drinking Canadian with the lead character and Millennium Girl.

Although the characters can feel like the usual troop of game tropes, the developers avoid many of the pratfalls which mar other role-playing storylines. Conversation is mercifully succinct, conveying sentiment on key events while avoiding the protracted prattle which juts into tediousness. Sporadically, dialog between party members hint at what players should do next, or suggest inspection in the alcoves of each of the game’s two dozen-odd maps. Most astonishingly, Story Mode doesn’t feel awkwardly shoehorned into The Millennium Girl, retaining each of the game’s mechanics. For players who earn to explore the abilities of additional classes, the narrative-driven campaign extends the Grimoire Stone system. Here, players have the chance of randomly earning one of these items during battle. Once appraised, the Grimoire Stones give characters with abilities outside of their pre-set classes, endowing the ability to use different weapons, equipment, or even enemy skills. The sole downside is that the system isn’t explained all that well in the game, encouraging players to either experiment or consult the title’s digital manual.

Regardless of whether players pursue Etrian Odyssey Untold’s Classic or Story Mode, they’ll find themselves involved in the same absorbing gameplay cycle. Players venture into each dungeon with almost no information; gradually they’ll use the handy charting tools to construct a map, sketching walls and dropping icons to indicate the locations of doors and items. At first, a protracted pace through each milieu is preferred. Not only will players be confronted by random wandering monsters but Formido Oppugnatura Exsequens (or FOEs) follow preset paths- with a fastidiously drawn dungeon diagram serving as the best defensive measure against these devastating behemoths. 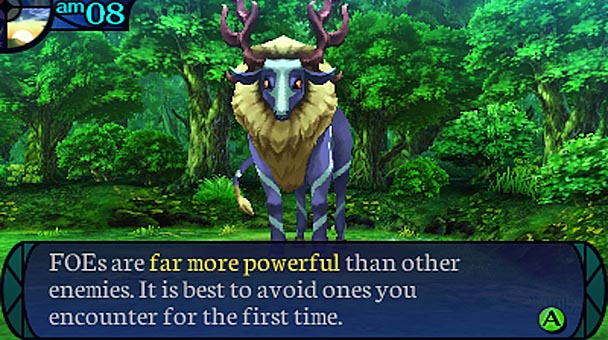 Gradually, maps begin to take shape, taming a wild network of enemies and corridors into a precise chart which players can use to navigate. In the process, there’s a pleasing sense of accomplishment to conquering each environment, which feels radically different that the archetypal weakness exploitation which fuels the role-playing boss battle. For The Millennium Girl, the strict carrying limit still requires frequent trips back to town. However, the game’s Floor Jump feature is a blessing, allowing players to teleport to a descending staircase once they have unearthed the outlet.

Thankfully, Etrian Odyssey Untold makes some adjustments to the original game’s unbending difficulty level. Being beaten in battle no longer forces players to lose their progress in each dungeon, now defeated party can simply restart the skirmish. Multiple difficulty levels help to take some of the bite out of battles, with the title’s Picnic level permitting Etrain apprentices to enjoy the game without the constant threat of annihilation. The ability to use a suspend save while in a dungeon is a welcome addition for portable players. Unfortunately, the game’s main save system only offers one slot, making a simultaneous play of Story and Original Mode impossible. 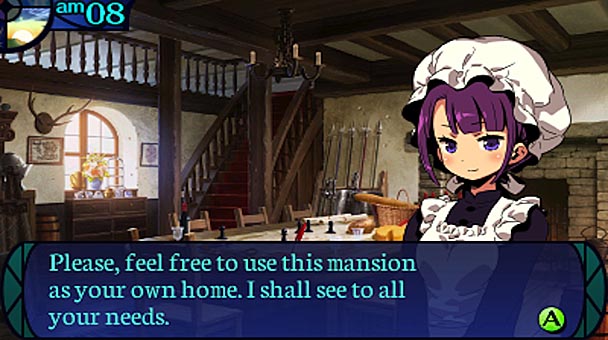 Although the original Etrian Odyssey has many enjoyable mechanics, the game was housed in a cantankerous exterior, making completion an exceptionally arduous task. Not only does Etrian Odyssey Untold: The Millennium Girl remedy nearly all of those quandaries, but the game also updates the aesthetics, and contributes an engaging (and optional) plotline. While remakes often feel motivated by fiscal rather than artistic reasons, this is the uncommon game which truly warrants a renovation. Thankfully, Atlus delivered an exceptional reconstruction.

Etrian Odyssey Untold: The Millennium Girl Review
When the original Etrian Odyssey shone across Nintendo DS screens in 2007, the title was a salient reminder of role-playing&rsquo;s early qualities. Beyond combat which echoed the thorny turn-based battles of Wizardry, the game also simulated pen-and paper mapmaking. In an era where the ubiquity of auto-mapping has removed much of the thrill from dungeon exploration, the Atlus-developed title reminded players of the satisfaction culled from cartography- as touchscreen based etchings became the catalyst for your survival. Much like the user-created protagonists of each subsequent sequel, Etrain Odyssey endured- and in the process, the franchise&rsquo;s most antagonistic mechanics gradually became&hellip;

Summary : A seamless blend of dungeon crawling and cartography, Etrian Odyssey Untold: The Millennium Girl is a must-own game for role-playing enthusiasts.