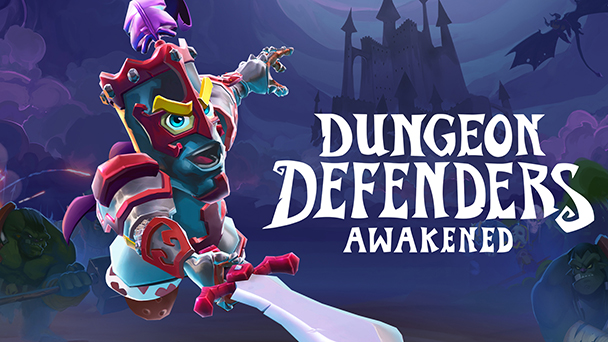 Dungeon Defenders: Awakened offers visual polish and a few quality-of-life improvements but follows the original game’s formula a bit too closely. Still, if you were a fan of the first action/tower defense title or just looking for some cooperative fun, this Early Access release is shaping up into something satisfying.

Across the last decade, the industry has witnessed two key developments. Unmistakably, computational power has grown, boosted by the advancement of CPU and GPU technologies. Gaming also has demonstrated a fondness for rekindling older properties through the release of sequels, remasters, and remakes. When these two tendencies dovetail, you find an abundance of yesteryear’s titles coated with a lavish layer of new paint. Games like the recent Early Access release of Dungeon Defenders: Awakened might lack innovation, but they’re rebuilt on tried-and-true foundations.

For many, Dungeon Defenders’ follow-ups failed to match the quality of the original game. 2014’s Dungeon Defenders Eternity aimed to rebalance its predecessor, but the lack of a single-player component and the inclusion of micro-transactions at launch alienated fans. A year later, Dungeon Defenders 2 pivoted to a free-to-play model, but behaviors like pushing daily quests and a deficiency of bug-quashing meant it never acquired a large and lasting audience. After raising more than $338,000 through crowdfunding, Dungeon Defenders: Awakened aims to revisit the roots of the 2011 title. But for some, it might merely feel like a glossy retread. 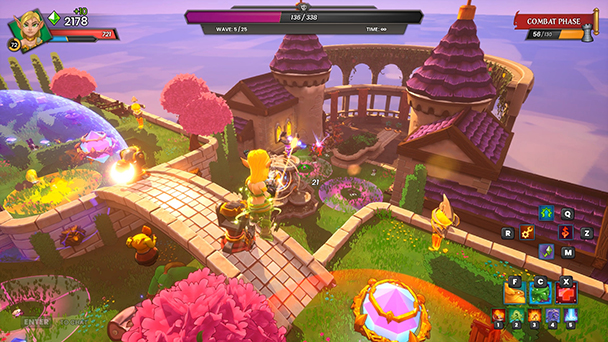 First, the good news: the shift to Unreal Engine 4 provides advantages. Head back to the Deeper Well map and you’ll immediately appreciate the higher fidelity, and increased draw distances. Defender’s cartoonish aesthetic was always eye-pleasing, but now it’s been hoisted a notch or two, with elements like ceiling texturing and luminous lighting from crystals and other environmental features. Animations are improved too; the Monk now swings his staff more confidently and less robotically. 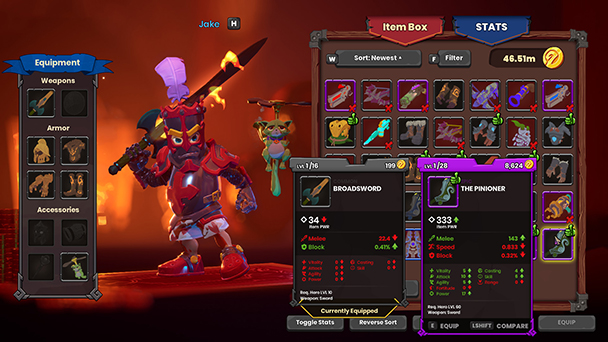 Largely, navigation has been improved with the incorporation of a double-jump for each character. Dungeon Defenders blends action with traditional tower defense elements, so responsiveness is imperative for survival. And save for getting snagged on the occasional environmental obstacle, movement is fast and fluid, with an unwavering 60fps on rigs with a midrange graphics card (the minimum is a GTX 750 or an equivalent). Pleasingly, there’s enough graphical options to scale things down for lower-end cards.

Another change is found when laying down defenses. Whereas the first Dungeon Defenders used a functional but inelegant radial menu, now controller users will use directional pad inputs to build, repair, and upgrade their turrets. There’s still the slight delay while your defenses are constructed but laying down a succession of traps or mending existing one in preparation for the next wave is stress-free. Still, I’d love to see a ‘repair all function’ to help speed things along. Whereas you were once forced to level up each character separately, Awakened employs a ‘Hero Deck’. If you enjoy grinding up each combatant individually, you can still pursue that endeavor. But others might want to create additional character cards, with each member earning experience uniformly. 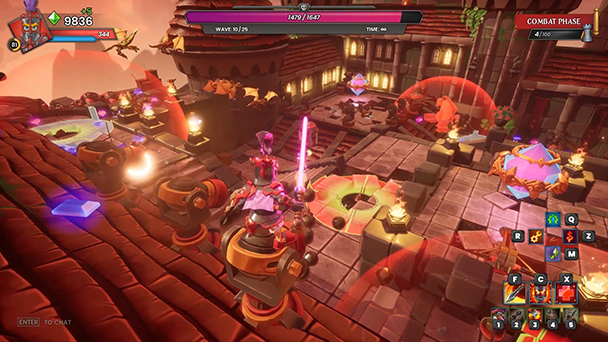 Small, helpful tweaks have been made. No longer do characters have limited gem-carrying abilities, forcing players to shift between collection and construction. Enemy processions are clearly marked with highlighted trails. Currently, you can still get surprised by foes who successfully make their way to the crystal. There’s a text warning when you’re under siege and you can still open a practical map, but a smaller, simplified picture-in-picture tracker would help find those those incensing stragglers.

Yet, much of Awakened draws from first game. While there are plans for new maps, the majority of what’s available is recycled from the first game. The same goes for most monsters and defenses, distributing a nagging sense of familiarity as you level up your characters. Sure, there are a few divergences to be found, with new bosses (who still lumber toward your Eternia Crystal, soaking up mountains of damage). But for returning players, expect a strong sense of dungeon déjà vu. 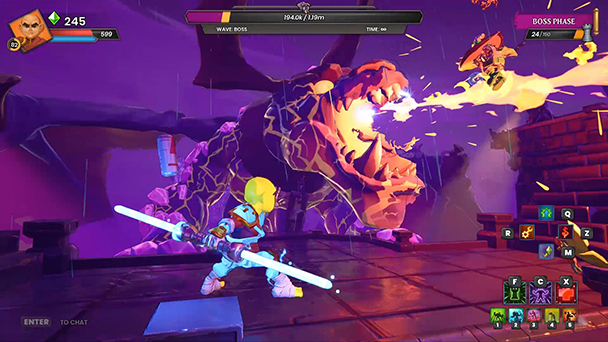 Unfortunately, some of same faults are present too. While it’s understandable for an inventory system to reveal some blemishes in an Early Access title, Awakened loot system contributes very little to the game. Currently, you’ll gain a wealth of weapons and armor from enemies as an end-of-wave reward. But very little makes any difference to play. I’m sure all those single-percentage point increases are boosting stats, but they seem imperceptible during play.

And that’s another core fundamental issue with the game. While the development team has concisely favored accessibility, stimulating risk/reward mechanics aren’t abundant in Dungeon Defenders. If you’re the kind of tower defense player who gets a thrill out of seemingly cheating the system, watching elemental damages stack up and decimate opponent health bars, the game can be a bit simplistic. I’d love to see tech trees or the kind of mutable tower types found in DG2: Defense Grid 2 contribute a bit of strategy. Mostly, Awakened is just about maxing your DPS (damage per second) output and getting things ready for that massive fifth and final wave. 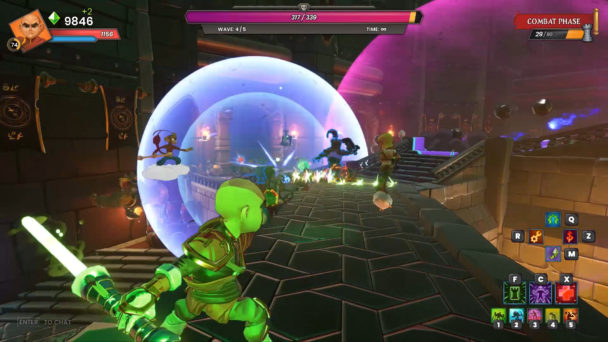 Despite these grievances, Dungeon Defenders: Awakened is lot of fun and might just outshine its predecessor. In order to do that, developer Chromatic Games is going to have to do more than merely offer a lustrous reboot of the original title. To gain the esteem of returning fans, new towers, monsters, maps, and even a character or two should be added. Sure, seeing the franchise get back on track is assuring, but the team needs to challenge themselves and Defenders serves deviation not just replication.

Dungeon Defenders: Awakened was played on PC with code provided by the publisher