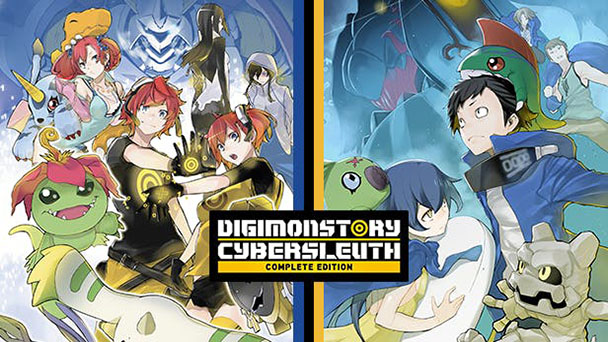 Not long after the turn of the millennium, a prominent gaming site referred to Digimon as the “poor man’s Pokémon”. As a follower of the anime and game franchise, I found this remark to be painfully reductionist.  Although Akiyoshi Hongo’s creation might not have reached the stratospheric level of popularity enjoyed by Game Freak’s work, Digimon had a number of enriching attributes.

For one, the property had a more mature tone, with storylines that focused on malicious-looking villains hell-bent on large scale destruction. Consequences were elevated too, with characters dying or even worse- cast out of the Digital World, unable to interact with their Digimonsters ever again. Since these creatures could talk, tender bonds frequently formed between protagonist and partners. 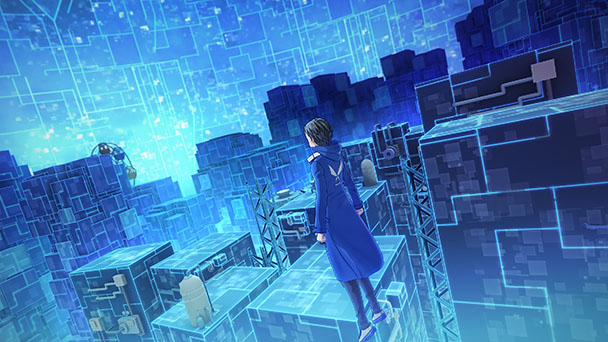 But when the number of localized releases gradually slowed in the ensuing years, I too began to doubt Digimon. Fortunately, the recent release of Digimon Story Cyber Sleuth: Complete Edition demonstrates the potential of the property, contextualizing its characters and creatures in a thoroughly contemporary context.

But even better that the backdrop, Cyber Sleuth proves to be a proficient blend of role-playing and monster nurturing.  With at least seventy hours of play between the bundling of the original Digimon Story Cyber Sleuth and sequel, Digimon Story: Cyber Sleuth – Hacker’s Memory, this is a substantial package, capable of entertaining the average player for weeks. If it wasn’t for some asset recycling in Hacker’s Memory, this could have the span could have been ever longer. 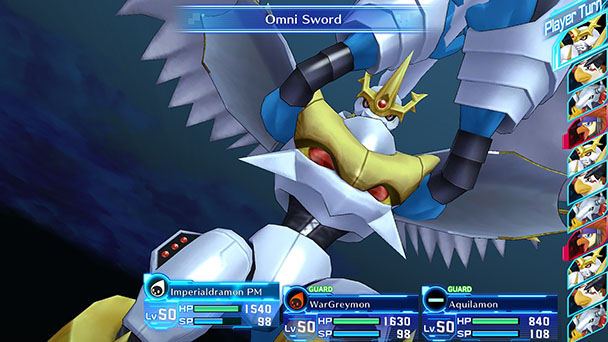 Our Time in EDEN

Echoing the tone of the anime, Cyber Sleuth’s foray into the virtual world is largely stimulating. The promise is rooted in the creation of EDEN, an online destination which has attracted both the business sector as well as a bevy of hackers. After prowling through the lawless lower levels of EDEN, the protagonist (players can choose either a male or female lead) earns the ability to capture and manage Digimon.

But the serenity of skulking around with your digital companion is soon spoiled by the appearance of an Eater who attacks the player, leaving you partially digitized, your existence split between real and virtual worlds. When back in Shinjuku, your glitching body grabs the attention of a detective, plunging players into a succession of investigative missions. 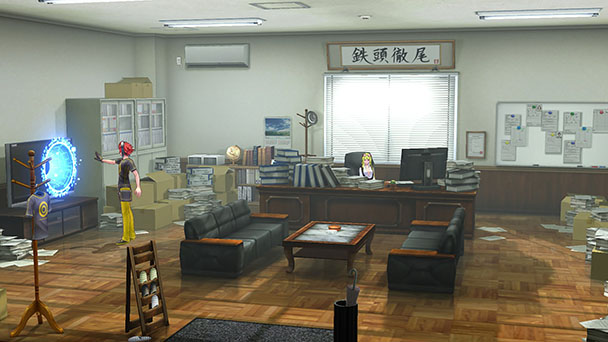 Advantageously, Cyber Sleuth requires no knowledge of Digimon lore, explaining its nuances through an accessible storyline that thoroughly explains all the pertinent details. And while some of the adorable digital monsters on the title screen might seem to signify a trek for the pre-teen set, the title dexterously tackles a number of darker and sophisticated themes.

From exploring society’s growing dependence on the internet and the emergence of cyber-criminals, the storyline feels smart and conveys gravitas. However, save for the sporadic instance of mildly revealing attire, Digimon Story remains accessible to a pre-teen across a range of audiences. Much like the game’s stars, the game’s title might also be a bit misleading. Come into Cyber Sleuth expecting a methodical point-and-click mystery and you’ll be disappointed. Instead the title is unabashedly traditional, offering mostly linear dungeon crawls with the sporadic branching path. 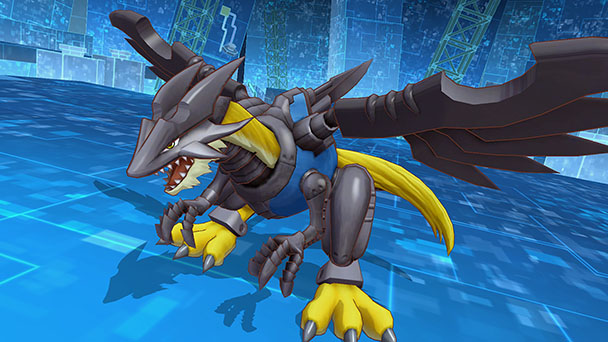 Combat doesn’t veer from retro role-playing convention with encounters following a turn order, as players issue commands for their creatures to execute. While that might not be an issue for everyone, those accustomed to the deviation of some modern RPGs might find themselves fighting foes as well as tedium. Much later, there’s also an issue where your Digimon overpower most enemies- but by the time gamers reach that stage, Cyber Sleuth‘s campaign is already starting to wind down.

While combat largely follows convention, raising your digital warriors offers a few a number of interesting decisions. Combat allow you digital monsters to grow, augmenting their abilities and sturdy skillset, but to bypass their natural limits, players will need to Digivolve their roster. Here, your Digimon evolves into a new physical form, the change accompanying by a stat boost and ability improvements. But if you’re not content with the new form, there’s always the option to DeDigivolve, returning the sidekick to its previous form, albeit their experience level will be reset. With 341 (249 from Cyber Sleuth, and an additional 92 new ones from Hacker’s Memory) different forms, taking each Digimon all the way to the Mega level will take a lot of time. 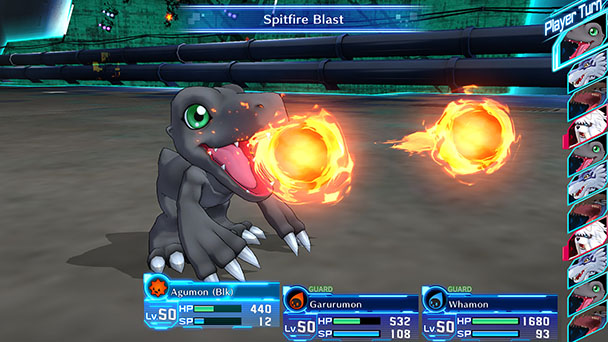 Players can also opt to set their sidekicks to an island-based training facility.  Here, you’ll be able to set a regimen for your digital monsters, research new items, and assign your roster to scour for side-quests. When it’s time to rendezvous with your squad mates, that’ll likely have enough experience to Digivolve or at least earn a prized spot on the main or reserve teams. The method of acquiring new Digimon feels fresh too, with each encounter of a specific monster variety increasing your scan quantity. At 100%, the scan becomes complete and you can add the creature to your team. But wait until the figure hits 200% and you’ll be presented with an enticing statistical boost for your new acquisition.

Heading into Hacker’s Memory sets up a curious concept, with the game occurring at the same time Cyber Sleuth takes place. That said, it’s obvious that it’s a retro-con, since you won’t see any Memory character in the first game. At least you do witness some obliging cameos in the latter, though. This time out, the protagonist falls for a phishing attack and ends up getting his EDEN account stolen. Accused of being a hacker and lacking any options, he ends up joining a hacking group out of desperation. With a script that closer to the incredulousness of Michael Mann’s Blackhat than say, Mr. Robot, don’t expect much in the way of social commentary. But at least there’s a number of comic sequence and side-missions that have you performing ridiculous tasks. 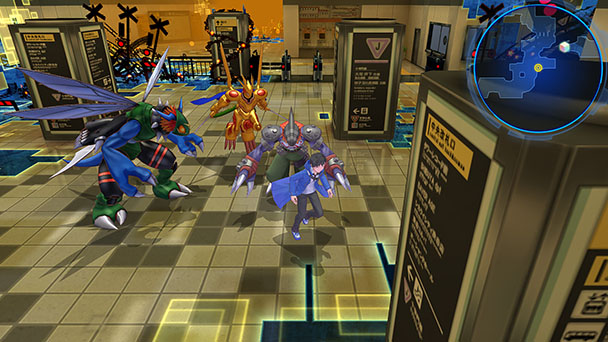 But the fundamental issue with Hacker’s Memory is repetition; there’s far too much asset recycling.  The majority of Digimon carry over from the first release, there’s a near undistinguishable version of EDEN, and combat is quite similar. Save for the inclusion Dominion Battles, where teams battle for control of areas on a board game-like playfield, the game’s variations are too muted.

Digimon enthusiasts who have felt jilted by the property’s second-class status should thoroughly enjoy Cyber Sleuth: Complete Edition. As an adept amalgam of classic role-playing mechanics and creature cultivation, it’s one and a half enjoyable adventures. Skillfully, it also works an introduction to franchise, potentially uniting two generations of the DigiDestined.

Digimon Story Cyber Sleuth: Complete Edition review
Not long after the turn of the millennium, a prominent gaming site referred to&nbsp;Digimon&nbsp;as the &ldquo;poor man&rsquo;s&nbsp;Pok&eacute;mon&rdquo;. As a follower of the anime and game franchise, I found this remark to be painfully reductionist. &nbsp;Although Akiyoshi Hongo&rsquo;s creation might not have reached the stratospheric level of popularity enjoyed by Game Freak&rsquo;s work,&nbsp;Digimon&nbsp;had a number of enriching attributes. For one, the property had a more mature tone, with storylines that focused on malicious-looking villains hell-bent on large scale destruction. Consequences were elevated too, with characters dying or even worse- cast out of the Digital World, unable to interact with their Digimonsters&hellip;

Summary : Built around a solid set of gameplay components, Digimon Story Cyber Sleuth: Complete Edition is one of the property’s best efforts. Offering a thoroughly gratifying campaign as you track down 341 digital creatures, this will be a irresistible package to DigiDiehards.