Diary of a Monster Rancher 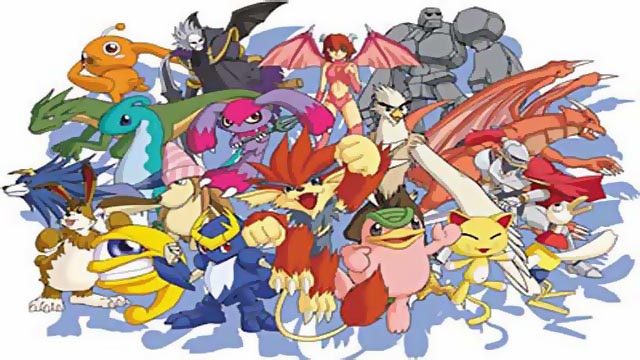 I think every gamer has a short list of games or franchises that they’re curious about, but have never played for whatever reason. Monster Rancher is one of those franchises for me. Since I first heard about Monster Rancher‘s unique disc-swapping mechanic, I’ve wanted to play it. Recently, I came across a copy of Monster Rancher 2 for the outrageous price of ninety-five cents and decided to pick it up. “Every CD you own contains a monster!” said the game case, but does EVERY CD truly contain a monster? I decided to try it out with my Sailor Moon: Super Best soundtrack album. Sure enough, out popped a monster, which I chose to name “Moon” for obvious reasons. Unfortunately, it was soon after this point that I realized that the memory card in my PS2 was, in fact, a PS2 memory card and not one for the PS1.

While starting over wasn’t something I cared to do, it did allow me to put the game to the test. I was curious as to whether the same monster would spawn from the same CD on a completely different play session. In order to get a monster from a CD, you must go to the game’s temple and, when prompted, open the system’s lid, remove the game disc, place a CD into the PlayStation for the game to read it, and then put the game disc back in the system. To my surprise, when I placed Sailor Moon: Super Best back in, the same monster appeared. While there are over 300 hundred monsters to spawn, you can only train one monster at a time. 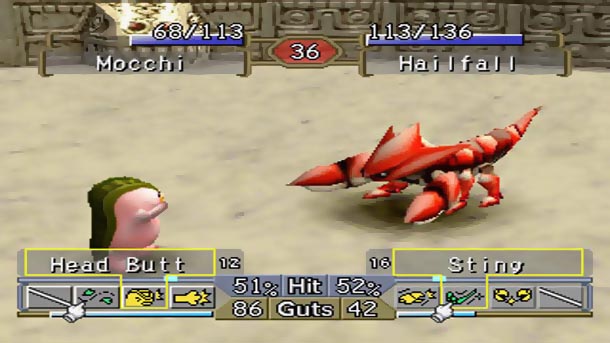 After you have your monster, you take it back to the ranch where you begin training it for battle. Each week, you can choose to train it in a way that will increase a certain stat or stats(life, power, speed, defense, skill, & intelligence), sometimes at the expense of other stats. These training sessions are just small cutscenes where you do nothing but watch the outcome. You monster’s performance determines the increase or decrease. There are times where your monster will even cheat during a training session, which requires you to scold it. One training session lasts one week in the game.

Another option for training your monster is to send it off to an “Errantry”, where they train your monster for you for a high price. There’s even a special monster that your monster can fight at these errantries. If your monster wins the fight, you get prize money. The risk is that this monster could potentially kill your monster. This was a risk I was not willing to take, so I went about training it myself. 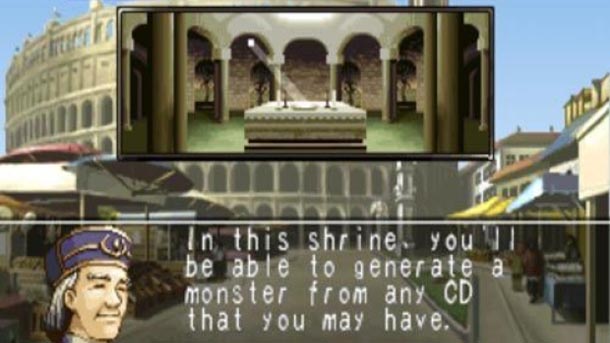 Tournaments for monster battling are held every month. In these tournaments, monsters face off against each other in either elimination or round-robin matches. This is where the somewhat basic battle gameplay begins. You can instruct your monster to move forward or backwards and which of their four (or less) attacks to use. Attack effectiveness is largely dependent on the stats of both your monster and the opponent’s, as well as the monster’s condition (stressed, tired, etc.). Whether the monster actually does attack as instructed or not depends on its loyalty to you. If it isn’t very  loyal, it will do “foolery” instead of a move. Another factor that decides if the monster attacks is something called the Guts meter.

The Guts meter is a bar and number along the bottom of the screen that is the Monster Rancher equivalent of “PP” from Pokemon. Attacks require a certain amount of Guts to be pulled off. This number regenerates pretty rapidly, but that doesn’t mean you should go on the offensive constantly. Sometimes putting distance between your monster and the opponent’s after striking them is the best course of action. Matches only last 60 seconds, less if a monster is knocked out or the white flag is waved. At the end of the 60 seconds (if no KO or surrender happens), the winner is determined by the percentage of health remaining. Whoever has the highest percentage wins. 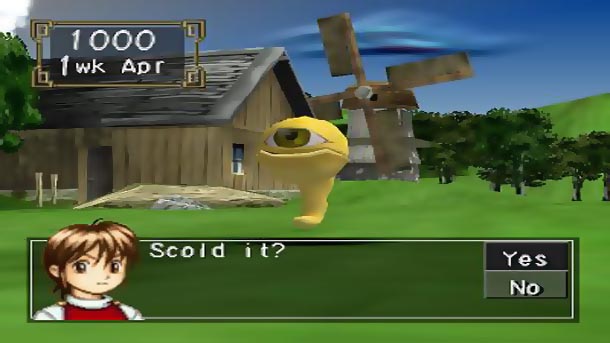 After your monster wins some tournaments and gains popularity, it can go on adventures. I’ll have to take the instruction manual’s word on this as Moon isn’t a very good fighter. During the entire duration of my play session with Monster Rancher 2, Moon didn’t win one tournament. He won his fair share of matches, but never came in first place in any of the tournaments. If you’re the kind of person who is hell-bent on winning tournaments, but have a monster like that, you can always sell the monster at the game’s market and get a new one from another CD.

One word popped into my head while playing Monster Rancher 2; “Tamagotchi”. The game allowing you to train just one monster at a time made it feel less like Pokemon and more like those battery-operated LCD toys from the 90’s (which I had a couple of). For the time, Monster Rancher 2 wasn’t a bad game. Even now, it’s still entertaining. However, I don’t feel compelled to keep playing it. This could be because of the monster I used. Perhaps one of my Fooly Cooly or Trigun soundtrack CD’s will birth a better monster?

Previous: New Releases For the Week of July 24, 2011
Next: Here’s Looking at You, Kid- Bastion Review