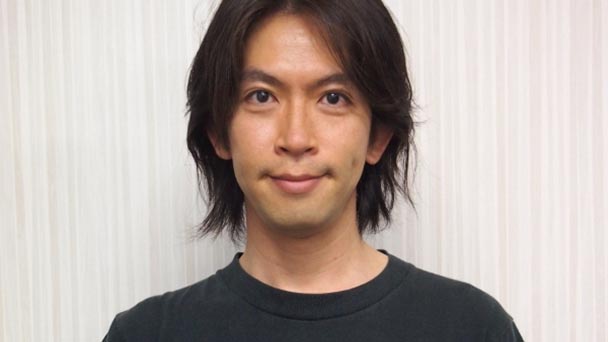 Tech-Gaming: Let’s start with the original Guilty Gear which offered a really exhilarating deviation from 2D fighters of the era. Can you describe the impetus of the project as well as the development process?

Daisuke Ishiwatari: Basically, when we started making the game we took a look at the existing fighting games. It seemed like the characters in these games always had one specific fighting style that they used. When we were thinking about making our own I looked at things like Dragon Ball and saw that they didn’t necessarily have a particular fighting style, it was more that they were like super human or very superhuman type characters. When we were making the game, I wanted to make a game that was more focused on the action rather a specific fighting style or the fighting itself, so it was more of an action concept rather than a fighting concept.

T-G: Purportedly, the game took about two years to complete (editor: it was closer to a year and a half). Did you anticipate this kind of development time?

Ishiwatari: For each game, we really don’t have any idea how long it’s going to take. 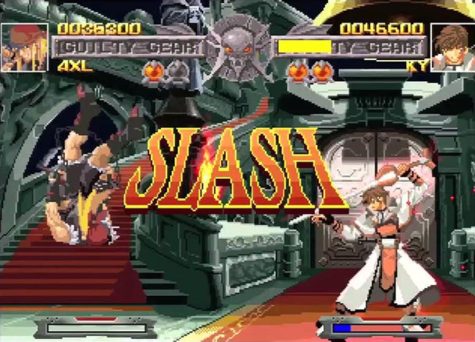 T-G: Now obviously you are a fan of fighting games, what other games did you grow up playing?

Ishiwatari: After I kind of came into my own in the fighting game world or in terms of how much I liked them, I got into first person shooters. I don’t know if you’re familiar with Morrowind, the RPG, and once I started playing PC games I got into more games from outside of Japan like Warcraft and other RTS’.

T-G: One of the more remarkable elements of Guilty Gear was how the game drew inspiration from a variety of media not just videogames but also manga and anime. What titles served as inspiration for the game?

Ishiwatari: In Japan, there was a manga called Bastard!! and it had a very unusual kind of fantasy feeling about it. I really got a lot of inspiration from that kind of fantasy world.

T-G: Now often designers that work in particular genres have distinct philosophies about a type of game, what are some of your beliefs about fighters?

Ishiwatari: It’s kind of hard to say any kind of core beliefs I have in particular. I feel like when I’m creating a game, depending on the game, my beliefs and my feelings change with the times and what’s going on in the world. One thing I can say it’s really based on my feelings. For Xrd specifically, there has been a trend where in the past we had the philosophy of for special moves in particular for the characters. If it was too hard for the person to actually execute, we kind of figured ‘well, that’s okay people that can do it, can do it and people that can’t we’ll just leave them by the wayside.’ Now however our philosophy is that’s not okay and so our belief is that we would like to include those people and we’ve also been thinking about how to make it more fun and interesting for everyone. 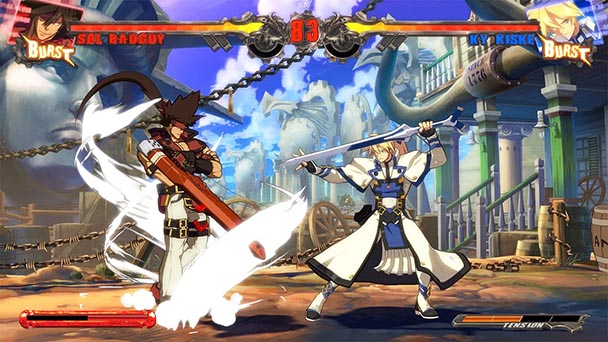 T-G: Now often each character’s theme music tells as much about their personality as their appearance, their clothing, or even their fighting style. How do you go about composing a piece for a particular character?

Ishiwatari: There are a couple different patterns, first we have a general image or idea of the character we want to create and from there we decide based on our image whether we want the song to be fast or pop-y or things like that. Once we’ve decided the kind of music we want to create, there’s usually two patterns from there. There’s one where we just instantly get inspiration and say ‘okay this is what kinda song I wanna make.’ And when the inspiration doesn’t come up I just start playing notes one by one and see where it goes.

T-G: A piece I want to talk about in particular, Holy Orders III (Be Just or Be Dead) from Guilty Gear XX. It often seems like you are challenging yourself, in that piece you are seamlessly blending violin with electric guitar. In what ways do you push yourself to succeed?

Ishiwatari: I always try to make really enjoyable songs but the ones most people seem to like are the ones that follow the pattern of ‘things that I just kind of came up with’ where the inspiration just kind of came out of thin air. This is more so than the ones I have to make note by note. 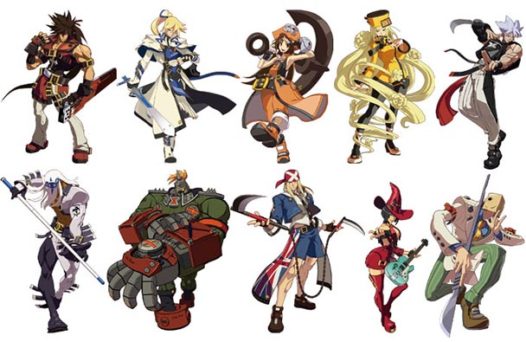 T-G: If we can talk about your musical background, where did you study or how did you gain your musical expertise?

Ishiwatari: To tell the truth, I was in technical school before I started working and I saw on the list of classes that there was a music class. I thought that sounds fun I’ll take it. The only problem was when I went to the class, the teacher said the class had been canceled. I really wanted to learn more about music and the teacher gave me this little kind of device. It was like a synthesizer or some kind of music device. I didn’t do a whole lot with it until I started working but once I started working I discovered music theory and started learning more about music and how to compose and all that while I was working.

T-G: Can you walk us through the process of character creation from the Guilty Gears series from concept to final product? 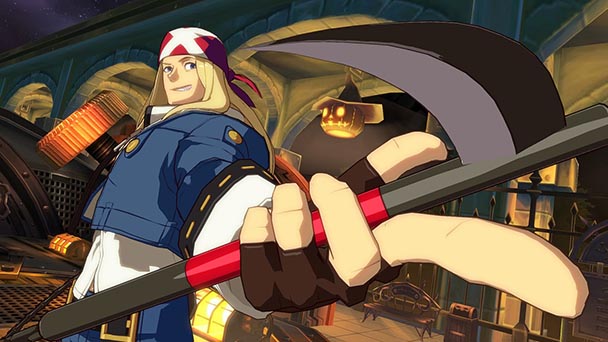 T-G: You’ve mentioned Queen as one of your musical influences, are they any other artists or groups that have been influential?

Ishiwatari: In terms of specific genres, basically anything other than rap or reggae I like listening to. My favorites would be heavy metal and hardcore rock, bands like Iron Maiden but that being said I also enjoy listening to jazz and movie soundtracks.

T-G: Last question: in the United States, arcades have kind of withered away with most players playing fighting games either locally or online. What are your feelings on this, ideally how would you like to see your works experienced in the United States specifically?

Ishiwatari: For example with Xrd right now, we are doing things like figuring out commands so it’s okay if you’re not 100% technically accurate when you press buttons. The focus is on easier execution especially now that we have Netplay and things like that. The way I wish it would be is for players to experience it in the arcade where they have to execute more carefully. However unfortunately in Japan as well as the United States arcades are becoming less and less popular. 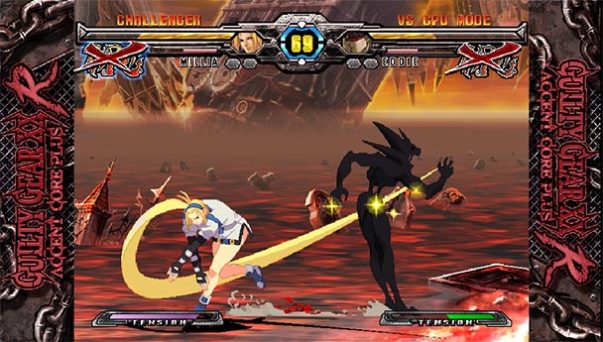 Tech-Gaming would like to thank Ishiwatari-san, Arc System Works, Patrick Yee, and Jillian Kwong for their assistance.