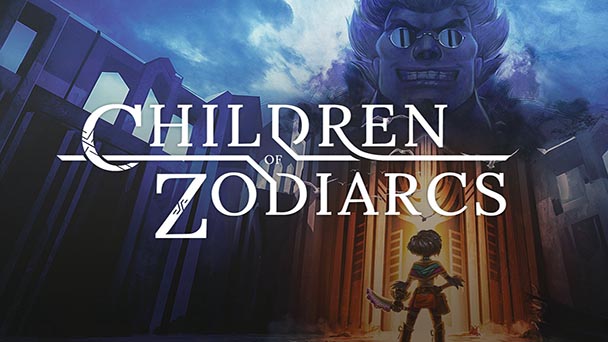 Even the most devoted strategy-role-playing game devotee will admit that there’s not a whole lot of variation across the genre. Instead, distinction is most often made in the subtle divergences from formula, whether it’s the importance of unit direction in Final Fantasy Tactics, terrain elevation bonuses in XCOM: Enemy Unknown or the use of movement circles in Phantom Brave. The recent release of Children of Zodiarcs pushes tactical tenets- requiring players to not only worry about the typical movement and attack ranges, but also to micromanage random elements introduced through cards and dice. While it’s a bit too succinct, with play time padded by difficulty, it’s still a strategy-rooted experience that fans will not want to overlook.

Instead of a long-winded preamble, Zodiarcs jumps right into the action, with the game’s first few stages gradually adding core mechanics. Here, you’ll start turns like most tactical role-playing games, moving allies one at a time on a grid-based battlefield, with color-coding signaling the span of each character’s reach. But abilities aren’t the customary fixed sets of most title, with party members able to carry a collection of up to seven cards, recalling the gameplay of the tragically lapsed Metal Gear Acid series. 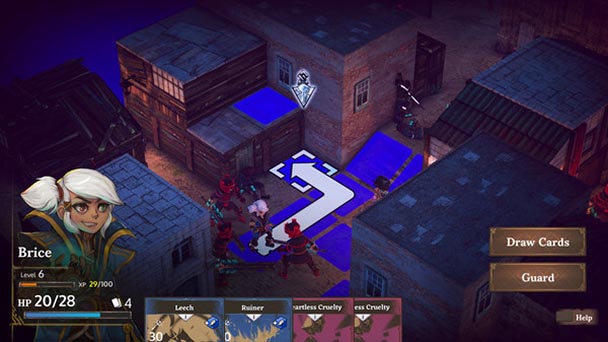 Hands are filled with cards that unique to each character, extending capabilities like melee, ranged attacks, debuffs, and healing. Like the movement phases, selecting a card display its area of effect, permitting players to select where they’d like to strike, shoot, or rejuvenate. What follows is a roll of the characters’ dice, where each toss yields icons like gems, shields, stars, and lightning bolts.

While the symbols are obvious, it might take a few views of the in-game reference sheet before it all begins to make sense. Fortunately, Zodiarcs extends an Advance Wars-like preview detailing how many hit points will be removed by each assault as well as the power of any counter-act. But soon, the augmenting abilities of gems, the defensive power of shields, and the capability of stars to activate special powers become second nature, and you find yourself influencing the odds like a video poker addict. At this moment, Children of Zodiarcs really begins to shine, as it layers the management of randomized elements over fundamental SRPG doctrine, creating something that feels wonderfully fresh and captivating. 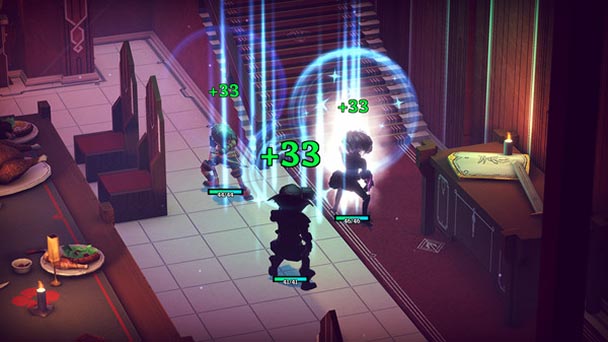 Whether you play on Normal or are a masochist who confront the Hard difficulty setting, Zodiarcs’s adversaries will almost always put up a challenging fight. For better or worse, these foes are no pushovers, debuffing you, buffing themselves, and generally punishing any imprudence on your part. Shrewdly designed, there are always several methods to gain the upper hand, from attacking an enemy unit with a ranged or rear attack so they can’t counter or using an ability to bind a foe.

During the course of the twenty-odd mission campaign, you will inevitably become overpowered. When this happens there are two essential options: adjusting your deck or even retooling a character’s set of dice. The former should be familiar territory for any TCG player. The goal is craft a deck designed for a particular situation, abandoning any fodder for a card collection with a specific purpose, whether you want to make a tank or healer. Since you’ll continue to get an assortment of new cards for each character as you advance, it’s important to ensure you’ll have the best load-out at the ready. Dice customization is even better, as it almost feels like cheating. Want to ensure you’ll be able to access that ability? Make sure your die has stars on each side to guarantee an outcome. Personally, I enjoyed removing the occasional debuff on a die, safeguarding my strategies. 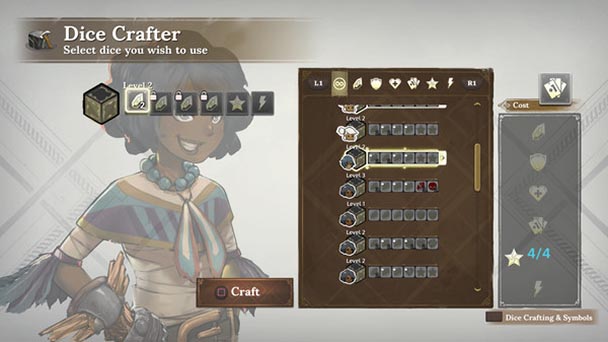 But occasionally, you’ll have to fall back on the oldest of SRPG approaches- level grinding your party members. About halfway through the game, players will probably want to even the odds, spending time in with optional Skirmishes and the Arena of Xin to augment their stats. If Children of Zodiarcs battles wasn’t so enjoyable, we’d condemn the design decision and grumble about a longer, campaign without the occasional elevation of adversity. On the other hand, Zodiarcs is about the half the price of most tactical titles at launch, so it’s easy to forgive.

Certainly, the game’s storytelling helps with the exoneration. Centering around a group of puckish, impoverished kids ensnared in a society governed by a snobbish ruling class, it’s easy to emphasize with the leads and their hulking, father-figure named Zirchoff. Adeptly blending social drama with a bit of wit, Zodiarcs’s dialog manages to be both smart and succinct. And while there’s the uncommon odd-looking character or animation, the game’s art style is inspired, with a variety of milieus drawn in big, bright colors while portraits are pleasing to the eye. Meanwhile, Vibe Avenue’s soundtrack is a competent complement to the tactical action, extending a selection of orchestral melodies destined to delight players. 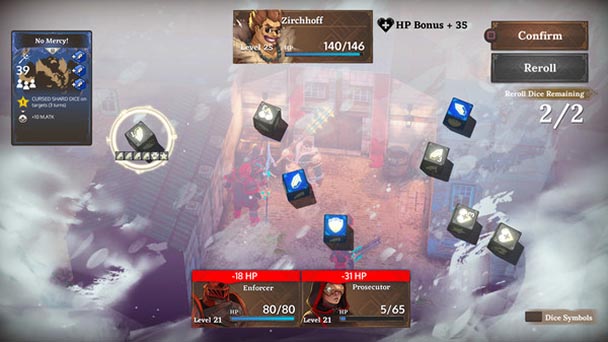 Largely, Children of Zodiarcs’ transgressions are rare, amounting to little more than an ability to retract a card in the final stage of a turn and a campaign that errs on the side of brevity. But both of these aren’t severe enough to dampen a recommendation for the title. Equal parts captivating and challenging, Zodiarcs is proof that in the proper hands, stagnancy isn’t inevitable.

Children of Zodiarcs was played on the PC with
review code provided by the publisher.

Children of Zodiarcs
Platform:  PC, PlayStation 4
Developer: Cardboard Utopia
Publisher: Square Enix
Release date: July 18th, 2017
Price: $17.99 via Steam (PC) and PlayStation Store (PS4)
Children of Zodiarcs review
Even the most devoted strategy-role-playing game devotee will admit that there&rsquo;s not a whole lot of variation across the genre. Instead, distinction is most often made in the subtle divergences from formula, whether it&rsquo;s the importance of unit direction in Final Fantasy Tactics, terrain elevation bonuses in XCOM: Enemy Unknown or the use of movement circles in Phantom Brave. The recent release of Children of Zodiarcs pushes tactical tenets- requiring players to not only worry about the typical movement and attack ranges, but also to micromanage random elements introduced through cards and dice. While it&rsquo;s a bit too succinct, with&hellip;

Summary : Undoubtedly, developer Cardboard Utopia has crafted a winner. Children of Zodiarcs seamlessly blends strategy role-playing playing basics with the management of cards and dice, resulting in a title that no self-respecting SRPG fan should miss.