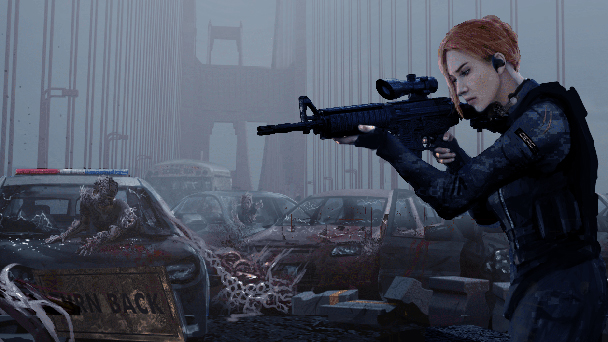 Cepheus Protocol’s Early Access Steam release arrived at a remarkably poignant moment. Amid a pandemic that has spread misfortune and strife across the globe, a plotline that centers on a deadly viral outbreak could seem exploitative. But Stockton, California-based Halcyon Winds has been working on the title for years, back when scientists and science fiction authors seemed to be the only ones who warned about transcontinental contagions. While most of us impatiently hope for a cure, Protocol allows up to take on the epidemic, offering a much-needed dose of escapism.

Unfortunately, it’s a rough experience in its currency state. While wish fulfillment is possible, you’ll have to endure a steady success of visual stutters, indiscriminate music shifts, and a general aesthetic that’s a bit too plain to generate a sense of immersion. But even as this early stage, it’s clear that the developers are chasing a well-defined goal. Let’s hope the real virus doesn’t impair the studio’s ability to realize it. 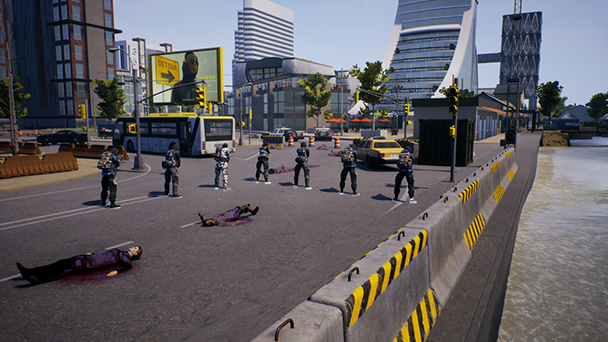 Cepheus Protocol’s outbreak is called the Pangu Virus and emerges on Treasure Island, an artificial landmass between West Oakland and San Francisco. In real life in was 1939 Golden Gate International Exposition and subsequently served as a military base for decades. While the island’s hangars have been used to film everything from The Matrix (1999) to Battlebots (2000), the 576-acre isle hasn’t been used as a context in games. Protocol mends this omission, with its quarantined zone lending credibility to the frequent airdrops of structural tools and munitions.

You play the role of U.S. Army Captain Adrian Winter, who working alongside the Center for Epidemic Research and Control (CERC) to stop the spread of the disease before it can reach the mainland. Cutscenes disclose a mysterious woman known as patient zero who is seemingly hellbent on infecting as many people as possible. Your primary mission is to slow the spread of Pangu, putting you at odds with the Patient Zero’s intentions. 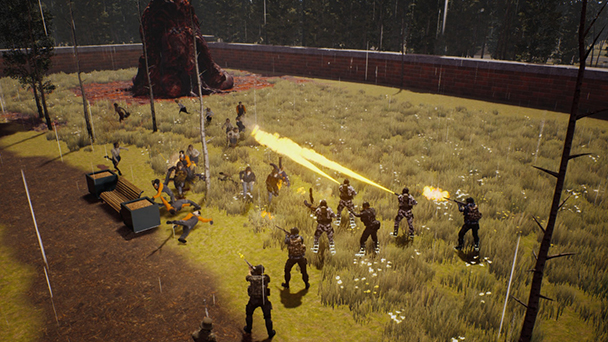 Home and Away Teams

Currently, Cepheus Protocol extends a trio of tutorials that differ in depth. Regretfully, instructions are given in a small window, requiring players to constantly scroll through the text. As you progress, you’ll discover the game takes an open-world, RTS-style approach to action. In execution, this means directing a strike team of up to eight soldiers, who fill hunt down the various forms of infected. Team makeup is an imperative decision, some combatants are adept at sniping foes, while scientists are able to bring back pieces of DNA from downed creatures, and medics can heal the wounded. The six classes echo XCOM’s approach to personnel management and can generate squads that complement different play styles.

A mini-map displays hotspots that you can tackle in any order you’d like.  But it’s clear that Halcyon Winds want Cepheus Protocol to feel like a skirmish against a human opponent. As you wrestle for control, Patient Zero is persistently doing the same, sending in flocks of zombies to flank your troops. With both a fog-of-war and a map that offers a lot of environmentally-based cover, enkulette attacks happen regularly. Currently, the game’s ‘Director’s Cut’ difficulty setting errs on the side of strenuousness. Players who adopt a slower pace will have it especially tough, as the zombie population continues to escalate. Even the supposedly easier ‘Recruit Mode’ extends a hearty challenge. Undoubtedly, this balance with will shifted as the team adds both ally and enemy factions, as well as vehicles. 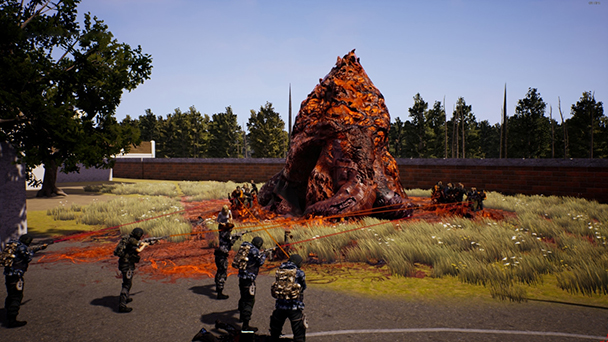 The War at Home

When your Away Team seizes control of zones, you’ll be rewarded with both money and unit upgrades. These are enormously useful to your defense team, who add an additional concern to the proceedings. Here, a unit up of up to fifteen soldiers must protect your green zone. Like the resource collection facilities of most RTS games, this is your lifeline. As such you’ll want to construct a fortified component with another turrets to groups of undead invaders. Already, you can see that the developers have worked on creating an interdependency between your teams, adding intensity as you’re trying to supervise both troops.

At the game’s current stage, many of the foundational elements are in place. Battling undead legions is fast-paced and engaging, even if the current state of balance means you’ll rely on ruses rather than the strategies offered in a finalized game. You will have to endure stutters, bugs, and an initial load time that feels like the game is loading from cassette. But Cepheus Protocol is playable, and if the concept of a blend of Command & Conquer and Resident Evil sounds interesting, the current twenty-dollar price point is certainly fair. Let’s hope Halcyon Winds is as unwavering on their ambitions as the in-game teams are about cleaning up Treasure Island. The studio seems to be actively listening and responding to players on their Discord channel, making fruition seem likely. 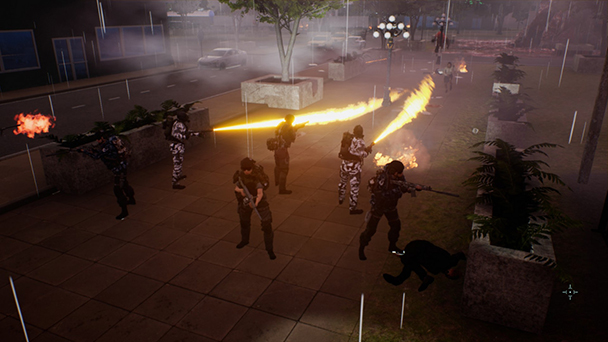 Previous: Red Wings: Aces of the Sky review
Next: Utawarerumono: Prelude to the Fallen review