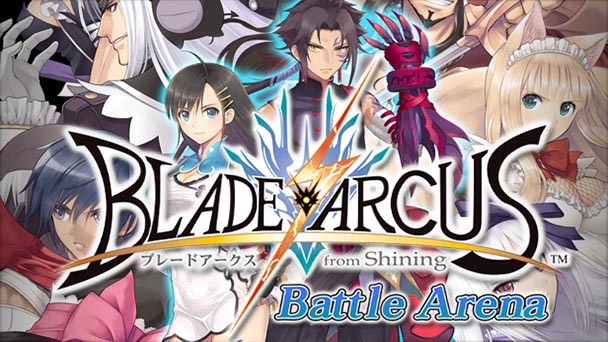 The Shining series is a bit of a chameleon. 1991’s Shining in the Darkness kicked off the franchise that would exhibit intermittent continuity with a three-dimensional dungeon crawl reminiscent of Wizardry. Follow-up Shining Force resisted replicating the gameplay of the inaugural title, trading straightforward turn-based combat into a tactical battle system where party member placement was an instrumental element of success. Later, iterations like Shining Tears, Shining Force Neo, and Shining Force EXA, adopted action-role playing mechanics similar to Diablo while Shining Soul and its sequel become portable-based hack-and-slashes. Inevitably, the property was transformed into a proper fighting game, with Blade Arcus from Shining appearing in Japanese arcades during the concluding months of 2014.

As common for coin-ops, Blade Arcus went through the typical route of playtesting and tweaking, with Blade Arcus from Shining EX adding balance and six new combatants when it appeared on the PlayStation 3 and 4. Given that the bulk of the game’s roster comes from Shining Hearts and Shining Blade– two Japan-only PSP titles, the title might seem like an unlikely localization choice. But given the game’s accessible fisticuffs, an engaging assist system right out of Tatsunoko Versus Capcom, and attractive character design from longtime Shining artist Tony Taka, fighting game fans might consider adding the PC port to their Steam collection. 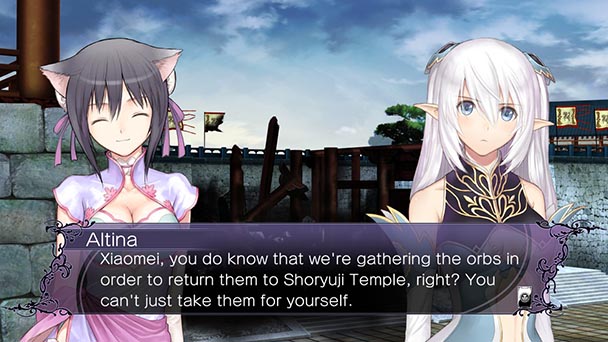 After downloading the 2.2 gigabyte game, players are ushered into a main menu that extends most of the conventional fighting game modes. Heading into the tutorial component doesn’t actually offer any guided instruction, but rather an arena suited for skirmishing with a CPU dummy as well as an in-game move list for each character. Players seeking to test their mettle against net-based competitors can venture into Blade Arcus’ Online Mode for either casual or ranked matches, with the latter preserving player and character experience. you’ll find the some of the requisite matchmaking options, allowing for the creation or entry to an existing room, as well as the handling of invites. Unfortunately, rooms can’t be password-protected and there’s no option for any kind of tournament play. On the upside, the game’s net-code seems capable, although there were a constrained number of participants in the days before the official release.

Delve into Story or Versus Mode and Blade Arcus’ design decisions become perceptible. What you won’t find is a lightning-fast fighter with flashy aerials and extended combos. Instead, the game adopts a deliberate, mid-paced approach, similar to Street Fighter II. Using mixtures of light, medium, and heavy strikes offers just the right amount of oppositional nuance- allowing average players to predict and counter their opponent’s attacks. Unsurprisingly, dishing out or receiving damage fills your Force Gauge, which is used to regulate Battle Arena’s showcase super moves. 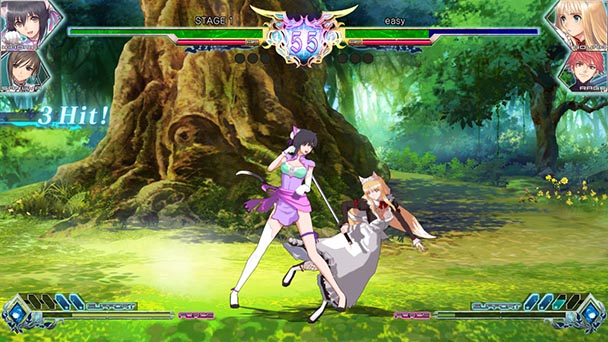 Distinction is found in the game’s support system, where a fourth button can summon an assistant to provide some punctuation punishment or even keep an imprudent opponent off-guard. Although Blade Arcus doesn’t allow mid-match tags, you get to choose between teammates in each successive round. Another quirk is Blade Arcus’ departure from fighting game custom, with best of six matches extending each showdown.

The title’s sixteen character roster extends a pleasing variety of play styles. Players who prefer to pepper their opponents with projectiles will appreciate Altina’s bow-based arsenal, which can dispense a flurry of horizontal shots or send an arrow raining down on foes. Misty carries an umbrella to confront adjacent foes, while release Honey Traps to control screen real estate. Gamers who prefer heavy hitters can opt for Roselinde, who can devastate an unmindful adversary in four or five hits, while Xiaomei brings cat-like agility and a sexy shifting stance. 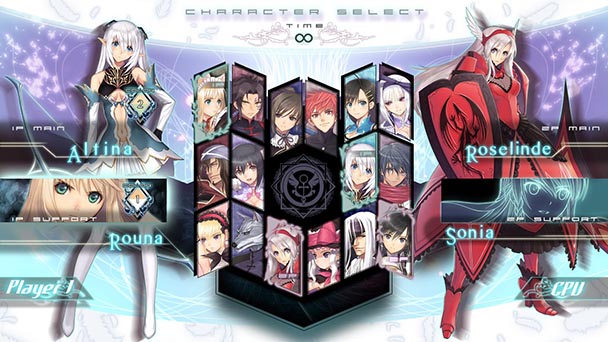 And while there’s beauty in Tony Taka’s character designs the polygonal pugilists tend to move rather mechanically. Pre- and post- animations look closer to Live2D modeling than sprite-based fighting game tradition, with cyclical motions which seem robotic. During matches, things feel a bit more fluid, but are less organic than most genre entries. Beyond the option to play in either fullscreen or windowed mode and employ v-synch, graphical options are missing, with the port lacking even the ability to adjust screen resolution. On the upside, the game’s parallax-scrolling backgrounds are delightfully detailed while the game’s soundtrack and Japanese voice work is sufficiently peppy. Spoken dialog can also be heard across the game’s Story Mode, where visual novel-inspired interludes tell divulge details about each combatant. One small glitch was noticed: if you unplug a controller when the game is running, players will be forced to quit and restart for the device to be recognized again.

Although Blade Arcus from Shining: Battle Arena actual battles are competent and benefit from two party member interplay, the game’s visual execution is a small step down from fighting game contemporaries. While it’s a minor transgression, it means that genre fans might opt for entries with more fluidity, and journey into Battle Arena once Guilty Gear, BlazBlue, and Melty Blood: Actress Again enjoyment has been tapped. 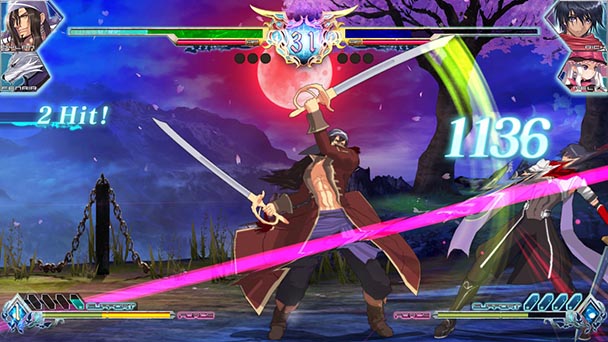 Blade Arcus from Shining: Battle Arena was played on PC with review code provided by the publisher.