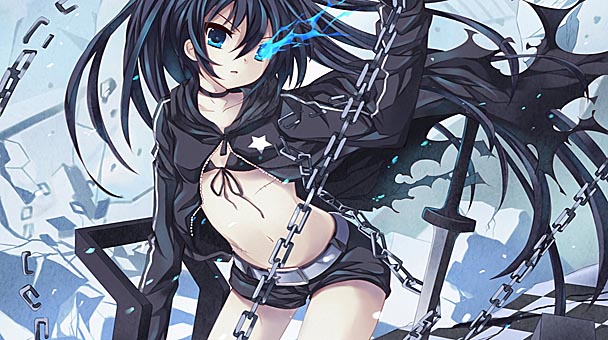 Last week, Black Rock Shooter: The Game on the PlayStation Network, bringing an enticing anime-based property to PSP and PS Vita screens. We had a chance to speak with Chris King of NIS America about the title, in an attempt to pry some pertinent details out of the Prinny doods. Hopefully, this information will tide you over until our full review is posted early next week.

Tech-Gaming: Few games have a legacy as remarkable as Black Rock Shooter’s. Character art conceived by Ryohei “Huke” Fuke inspired Supercell’s Hatsune Miku-voiced song, which in turn stimulated an original video animation, an eight-part anime, and finally- this week’s game. Why do you feel Black Rock Shooter was able to shift between mediums so easily?

Chris King: There seems to be a lot of spillover/connectivity between fans of anime and video games in both Japan and here in the US – so that facet, coupled with the story’s really intriguing characters, beautiful art, and Hatsune Miku, makes it almost feels like it was a natural (and awesome) step for this series.

T-G: This week, PSP owners will finally be able to get their hands on the game after a near intolerable twenty-nine month wait. What was the reason for the delay?

CK: We’re super excited to finally be able to bring the game over to the US and Europe. There were many parties involved over in Japan, so it required a lot of coordination and making sure all parties were in agreement before any final decisions could be made when it came to releasing overseas. 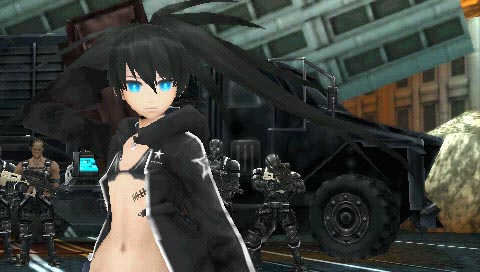 T-G: Black Rock Shooter: The Game is only going to be available in select North American and European countries, presumably due to licensing issues. Can you give us any insight as to what happened?

CK: Since there were so many parties involved in Japan, there were a few restrictions that we had to adhere to in order bring it over to the US and Europe, so unfortunately there were a few countries we weren’t able to include for a PSN release.

T-G: As mentioned, BRS was also an OVA and anime. Does the game plot follow the storyline of either of those works?

CK: The story and plotline is completely different from the OVA and anime, so we really hope fans of the series will give it a go as well to check out some of the new content! 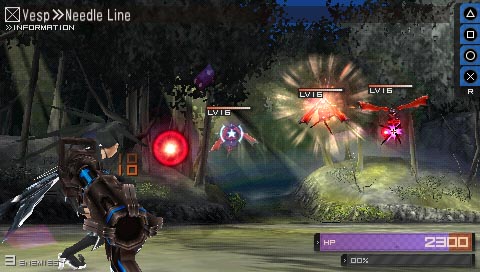 T-G: Since the BRS OVA and anime haven’t been localized and published in Western regions, will players still be able to enjoy the plotline?

CK: The plotline is independent of the OVA and anime, so fans of the series and newcomers alike should be able to get right into the story fairly easily!

T-G: What can you tell us about Black Rock Shooter’s battle system? Gameplay videos showed turn-based and real-time elements. How do these work with each other?

CK: The battle system is actually a fully real-time system. As you run around, you’ll see enemies on the field, which can notice and pursue you. Once you come into contact, you’ll go into battle, where you’ll have to attack and defend in real time. You have a standard Shoot attack and customizable special attacks, as well as the ability to dodge and block incoming enemy attacks. You’ll have to do all of this in real time, so whether or not you take any action, the enemy will still be coming after you. 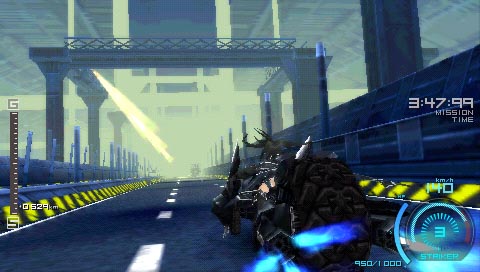 T-G: I also spied some motorcycle-riding sequences. How do these play out?

CK: At certain points in the game you’ll get to jump into a little motorcycle mini-game. Basically, this plays out similar to a racing style game, but your main focus will be on dodging and destroying enemies coming at you. If you dodge at just the right time, you’ll build up a meter, and once that’s full you can unleash a fully-auto cannon volley for a certain amount of time. Some of these motorcycle events are mandatory, but there are also some extra tricky optional ones that will reward you with new stuff.

T-G: In customary role-playing fashion, killing enemies rewards players with experience. How intricate in the customization system for BRS? |

CK: Like you said, you get experience points for killing enemies, and your stats will increase automatically as you level up. The interesting thing about BRS is that many of your special moves, which you can assign to the face buttons to use during battle, are unlocked through completing various missions and challenges rather than leveling up. Some of these missions are story-related and will happen automatically, while some are more challenging events where you’ll have to go off the beaten path and test your skill against trickier enemies. On top of that, completing different challenges will reward you with new guns and costumes. 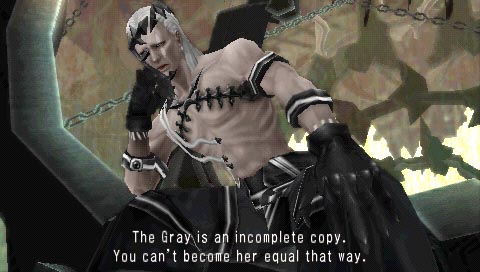 T-G: How long is Black Rock Shooter: The Game? Is there a New Game+ option or any impetus to revisit previously played stages?

CK: There are quite a few side missions to keep completionists busy for a good amount of time, but in general a normal playthrough is going to take around 15 hours, assuming you don’t go after every last challenge. Many challenges are stage-specific and won’t always be achieved on your first playthrough of that stage, so if you want to finish them all you’ll be revisiting some areas. (You can go back and replay any stage at any time.) Also, once you beat the game, you can load back into the beginning, keeping your stats and skills, and a few new challenges and missions will be unlocked.

T-G: Is the game compatible with the PS Vita?

CK: Yes, it does work on the PSVita for  both the US and Europe!

T-G: Correct me if I wrong, but this is NIS America’s first release of an Imageepoch-developed title, with Time and Eternity due for later this summer, was there ever any talk to localize Tale of the Last Promise?

CK: At the moment Time and Eternity and Black Rock Shooter: The Game are the only two Imageepoch titles that we’re working on for the foreseeable future.  Hopefully we can continue to work with them as it’s been a really great experience so far! 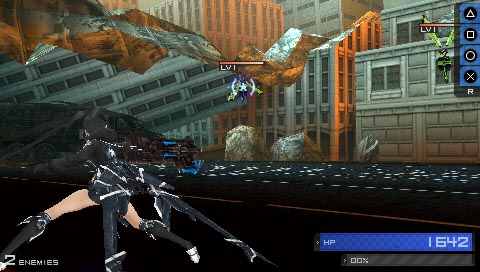 Tech-Gaming would like to thank NIS America‘s Chris King and Ryan Phillips for their time. Black Rock Shooter: The Game is available on PSN for $19.99.