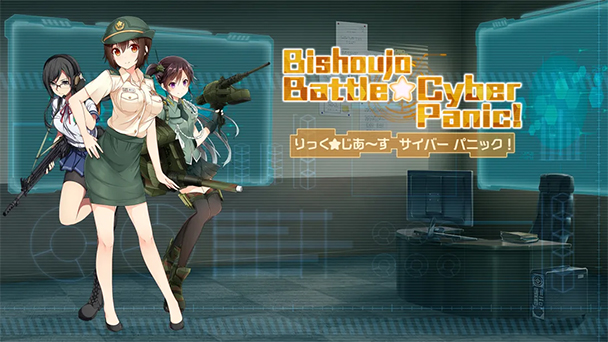 Qix-like play and dozens of attractive models means you should carve some time out of your schedule for Bishoujo Battle Cyber Panic. 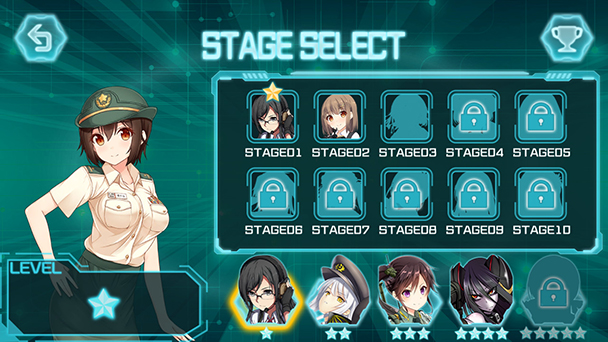 When it comes to influential arcade games of the 1980s, Pac-Man, Galaga, and Arkanoid seem to get the most recognition. But 1981’s Qix undoubtedly deserves acknowledgement. Build around the concept of drawing boxes to claim territory, the title was more abstract than its peers. Players used a four-way joystick to control a marker that drew lines as it moved around, while eluding hazardous objects that would float around or follow you. Once you reached a previously claimed space or the border, the space would fill in, providing you with points. Once at least 65% of the playfield was controlled, you’d start all over, this time with additional or faster enemies. 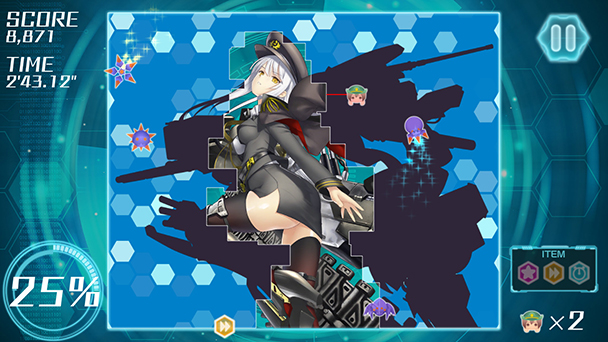 Suited for portable, Bishoujo Battle offers a difficulty that’s far more relaxed than a machine designed to continually consume quarters. Instead, the territorial fight takes place across 50 stages, each contributing a bit of variation. Some place one of three power-up on the playfield and if you capture the area around it, you can speed up your avatar, slow enemies, or gain temporary invincibility. Enemy allotments and behaviors change too, and you’ll often find yourself prioritizing opponents. I tend to go after the stationary one who shoots projectiles. Enclosing and exterminating him always feels good.

Although the difficulty curve is much smoother than Qix, you’ll have to claim 75% of the playfield in Cyber Panic. But on the upside, you’ll have six attempts to do it. Mirroring the format of mobile titles, you can jump freely across the four star-ranked levels of difficulties, which success opening up ten five-star challenges. Beyond the beauty of the hard-drawn art, Cyber Panic also succeeds because its sense of polish. Small details, like telegraphing the expiration of a power-up to an unflinching framerate convey the sense that you could be playing an arcade title from the end of the last millennium. 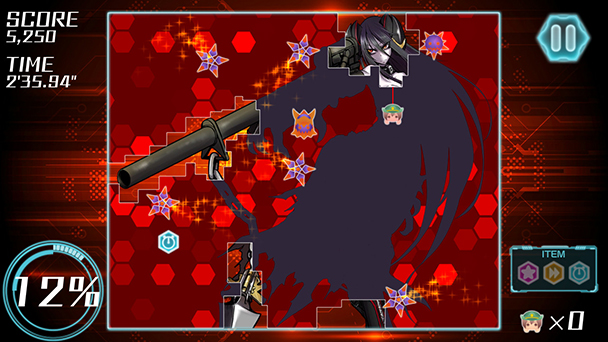 Sure, there’s no storyline, so the unlocking of pictures for the in-game gallery is the sole motivation. But that OK, because Bishoujo Battle Cyber Panic! is a six-dollar title that delivers on its modest ambitions. For those who need additional incentive, the game has an online leaderboard. I’ve been spending the day watching my scores be replaced at the release rolls out around the world. Splicing just the right size plot to make sure my score isn’t replaced has provided another reason to return.

Bishoujo Battle Cyber Panic! was played on Switch
with review code provided by the publisher.

Bishoujo Battle Cyber Panic! mini-review
Qix-like play and dozens of attractive models means you should carve some time out of your schedule for Bishoujo Battle Cyber Panic.&nbsp; When it comes to influential arcade games of the 1980s, Pac-Man, Galaga, and Arkanoid seem to get the most recognition. But 1981&rsquo;s Qix undoubtedly deserves acknowledgement. Build around the concept of drawing boxes to claim territory, the title was more abstract than&hellip;

Summary : Polished, enjoyable play at a bargain price means Bishoujo Battle Cyber Panic! is a slice above the competition.