Best of E3: Hands-On With Hawken 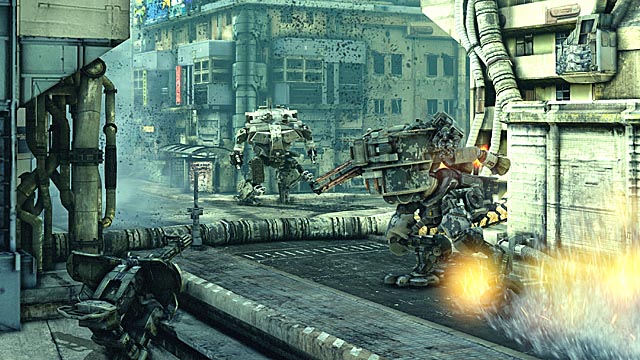 Just beyond the bombast and booming bass of the E3 show floor, Hawken’s hyper-detailed takeoff mechanized combat was one of the most memorable experiences of the show. As a labor of love for a seven person design team, the title nearly ran out of money as a proof-of-concept gameplay video emerged. Enamored by the game’s dazzling aesthetics and play, Hawken received an infusion of cash last February, ensuring PC owners will be able to immerse themselves in the upcoming free-to-play, multi-player release. After spending some time piloting one of the game’s formidable machines, Tech-Gaming had the opportunity to speak with Adhesive Game’s lead animator, Chris Lalli.

Tech-Gaming: So how long has Hawken been in development?

Chris Lalli: It’s been in development for 2 years.

T-G: So tell us about the game, and the kinds of mechanics can players expect?

C L: Well, it’s a free-to-play, first person shooter.  There are three main classes to choose from, and players can upgrade their mechs, either by paying for customizations or earning them through play.  They can choose if they want to spend the time or the money to create a more customized mech.  It’s only multiplayer, but there are different multiplayer game types, and there are objective based modes. 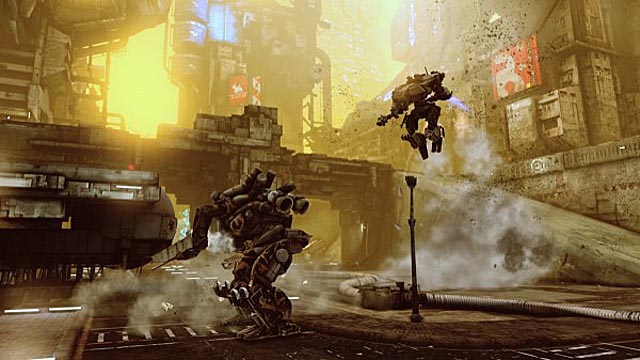 T-G: So if players can upgrade their mechs through either time or money spent, how do you keep the multiplayer matches fair?

C L: The matchmaking is based on the mech specs, so no matter how you’re choosing to play and upgrade, you’re not gonna end up fighting someone who is way outside your class…so anyway there are these three main class types, and they all have their own look.  The way the turrets pop out, the visual animation, the transformations are all very stylized.

T-G: So what was your inspiration for the look?  How did you manage to make the mechs look distinct yet still stylized?

C L: Well Kahng Le is the creative and art director, and he got some inspiration from anime. It’s a lovely, sectional, but not typical Japanese style.  We also got a lot of visual inspiration from things like Blade Runner and Ghost in the Shell.  We didn’t want a human shape, we wanted it to be more mechanical and raw.

T-G: So how do the weapons work?

C L: The guns and ammo work by a heat management system.  If you overuse your gun and it overheats, then all of your weapons will shut off and need a cool down.  You also have to keep track of your fuel and manage jumping and boosting.  Those things cost fuel and if you run out of fuel you have to wait for it to recharge. 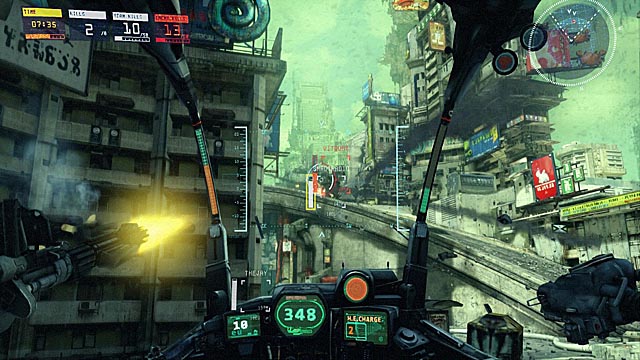 T-G: Your fuel recharges? So are there solar panels on the mech?  Like in the future we have environmentally friendly, solar-powered mechs that offset their own carbon footprint?

T-G: So basically what you’re saying is that there are no ammo or fuel pick-ups, and that all of your expendable resources recharge.

C L: Right.  We wanted to simplify that part of it so that the focus could be on strategic play. There is a siege mode which involves resource collection, but that’s one specific objective mode.

T-G: So are there health pick-ups?

C L: No, you actually heal by shutting down your mech to recharge. So you have to find somewhere where you can try to shut down for a minute. 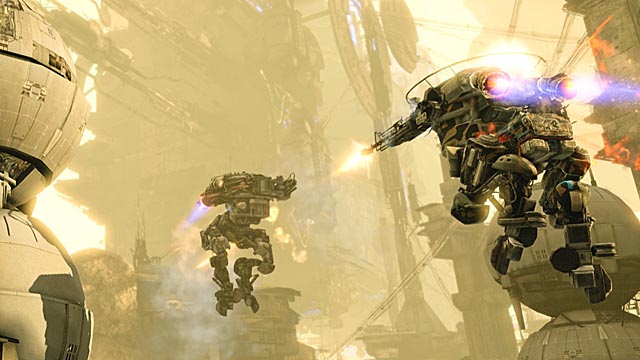 T-G: I see you have a controller over there that looks like it’s a panel control.  Is that like the Steel Battalion mech control?

C L: That’s the “Mek-Fu”.  It’s somewhat like the Steel Battalion controller but there are no feet pedals, and it’s not as complex.  It’s designed so that it can be used with any game, so it’s simpler.  We wanted to make something like this more user friendly, so as fully compatible as possible. We want the game to be fun, easy to play.  We want the feel to be right, but not to niche.  Like the Halo or Call of Duty of mechs.

T-G: So that more people can get into this type of game play?

T-G: Well Chris, thank you so much for your time and the information.

C-L: Yeah, if you like it, please sign up for our Beta. We’ll have a closed beta in the fall, and an open one in December, which your listeners/readers can register for as well at PlayHawken.com

Having played a demo of the game, strategy added an interesting dynamic.  Shutting down to recharge adds a nice tension to the game, because you have a find a location that’s out of the line of fire.  Boosting and hovering take you off of enemy radar momentarily, which adds to the overall strategy just as much as the special items each class carries.  The controls are simple, which lets you focus on strategy instead of button mastery, and the movement is smooth but still convincing.  Hawken is a great high-tension, multiplayer mech game, and the fact that it’s free to play makes it all the more appealing. Check out the beta before the full free-to-play version is released on December 12, 2012. 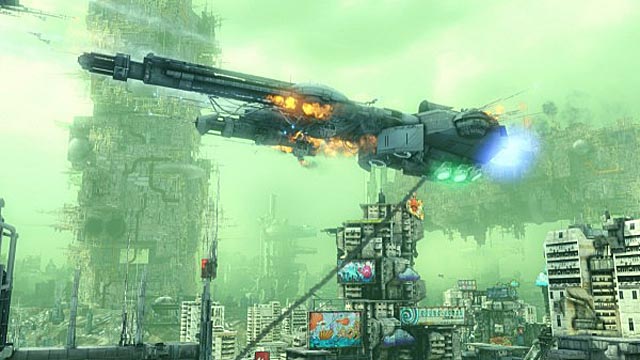 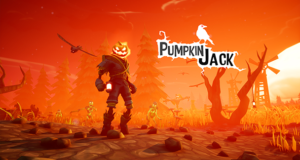