The Binding of Isaac Afterbirth+ review 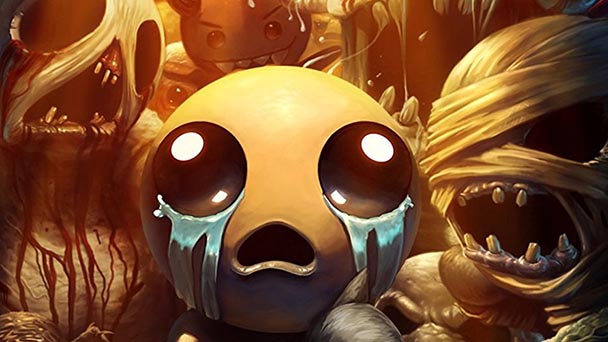 Entertainment industries thrive by repacking and reselling iteration. Often, the practice is an easy way to pad the company coffers while keeping the brand relevant. From movies that offer an extended cut to music in the form of the remix or live album, nearly every medium has their own type of money-making modifications. Games, of course, are no different- with the port, remaster, or proposal of downloadable content suggesting an experience that’s a comforting mix of the fresh and familiar.

With the release of The Binding of Isaac: Afterbith+ for the Nintendo Switch, developer Nicalis has bundled the base game, along with a pair of expansions, seemingly pushing Isaac to its theoretical limits. For players who have spent immeasurable hours plumbing through Binding’s procedurally created rooms, 2014’s remake Rebirth, and the Afterbirth expansion, Afterbirth+ offers a prodigious proposition, that challenges the notion of a money-grab launch window port. 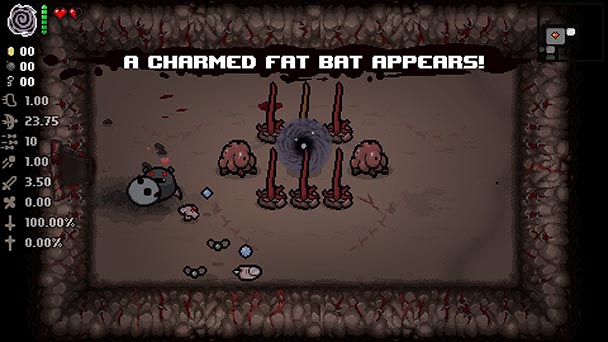 For Isaac veterans, having the most inclusive build in portable form will be a temptation of near-Biblical levels, with new power-ups, monsters, characters, and room designs enlivening the subterranean expedition. Those with only a fleeting familiarity will find a captivating, arcane action shooter with a plethora of different parts, where discovering how each new item works is as fun as the basic gameplay.

Delve back into the basement and one of the first additions you’ll notice is the incorporation of portals, which act like the generators from the classic coin-op, Gauntlet. Untouched, they’ll spawn a continual succession of monsters, endowing rooms with a sense of urgency. In theory, they’re a worthwhile addition, goading gamers into adapting a precariously rushed approach, or else they’ll quickly be surrounded by a horde of adversaries. But In the initial PC release of Afterbirth+, they proliferated across the early game, where more than half of basement rooms flaunting the new feature. Here, they’re graciously diminished, returning the sense of balance that was in place before the last expansion. 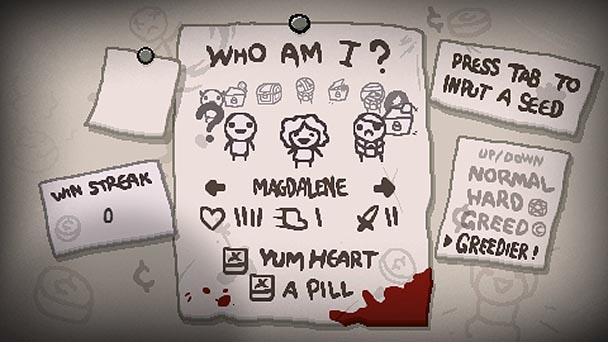 Largely, that fixes on the fundamental problems that afflicted Afterbirth+’s launch. Before the release of the last expansion, Isaac could usually recover from a blunder, endowing gamers with the sense of tenacity they’ll need when tackling the ensuing floors, mid-bosses, and bosses. But when Afterbirth+ was first put in place, a misstep in the basement was almost always devastating. Satisfyingly, that’s fixed now, bringing back “the just more game and I’ll get it right” allure to Isaac. Although, I can’t peer into the code, I can attest to Nicalis moderating the early game, with mid and stage-bosses now dispensing Red and Soul hearts more liberally when dispatched. Afterbirth+ is still never easy, but now it’s a bit fairer, with a day-one patch that hints at the developer’s intention to keep the game perfect

These tweaks also help to offset some of Afterbirth+’s more contentious additions. Mimic chests would be an interesting supplement if there was a way to escape taking damage when they were triggered. But there’s not, potentially pissing off players hoping to scrap enough currency to service. Likewise, Greedier Mode is puzzling, escalating the level of difficulty but extending no tangible incentive for undertaking the challenge. In fact, the number of coins you’ll find is noticeable reduced, so there’s no real incentive save for masochism. 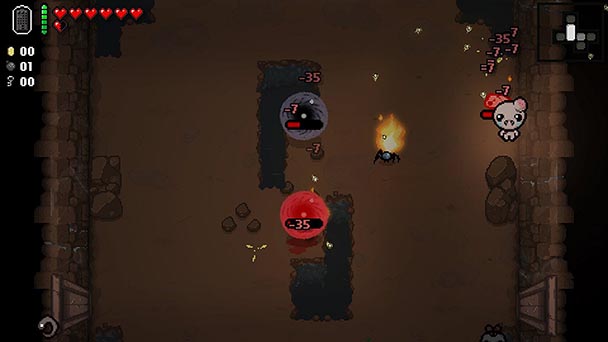 Mercifully, some of the Isaac’s other supplements will please players returning to the basement. Apollyon is the Afterbirth+’s new playable character. He’s equipped with The Void, a tool that destroys items but grants random stat boosts in return, similar to Nuclear Throne’s robot character or Enter the Gungeon’s gun munchers. While hardly essential, Apollyon makes an interesting addition to the roster, ushering in gratifying variation, even if he’s not the conqueror Nicalis once hinted at. Not quite as successful is the game’s new final boss, who not only lacks animation frames, but cribs the clichéd strategy of morphing into the game’s other baddies when he’s not sending out a plethora of projectiles.

Afterbirth+’s new quartet of opponents are curious, with some being pushovers while others undoubtedly summon a string of expletives from Isaac experts. Newcomers Sisters Vis and Big Horn fall into the latter camp, with both seemingly tuned to challenge the very highest-level players. Another section of the new content are sixty-seven new active items, and twenty-seven new passive trinkets. While often derivative, the new pick-ups extend appeal, as you figure out the benefits and any drawbacks for each object. At least some of the amusement stems from how each with within Isaac’s unique brand of fire-and-brimstone dysfunction, with amusingly named items like ‘Plan C”, a pill that kills everything onscreen before ending Isaac’s existence as well. Another minor addition is the inclusion of new room arrangements, which contribute variety to each floor. 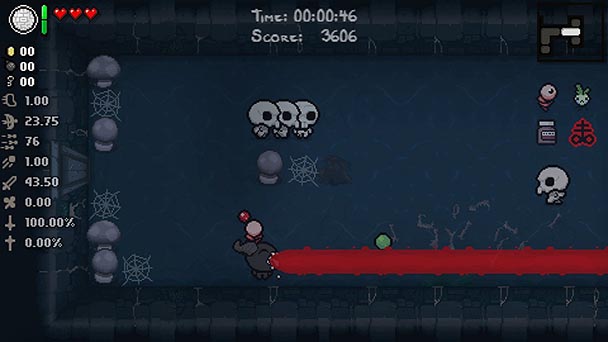 What’s surprising is that I was underwhelmed at Afterbirth+ PC launch. Essentially, the expansion felt like Nicalis threw in every idea that could think up and the end result was an effort that upset Isaac’s vigilant sense of balance. But with the Switch iteration, the developer’s ambitions make sense. Here, most of additions contribute to the game, allowing Afterbirth+ to advance, instead of making a curious lateral movement.

Pleasingly, on the Nintendo Switch, Isaac makes a dazzling debut. Regardless of whether your hardware is docked or not, the title maintains a silky sixty-frame-per-second output most of the time. Occasionally, there’s a noticeable drop, but given the complexity of Afterbirth+, this seems like a patchable glitch. Pro Controller and dual Joycon control methods are the ideal way of enjoying Isaac, but if you have a friend, you can split up the Joycons and your supply of hearts for some cooperative fun. 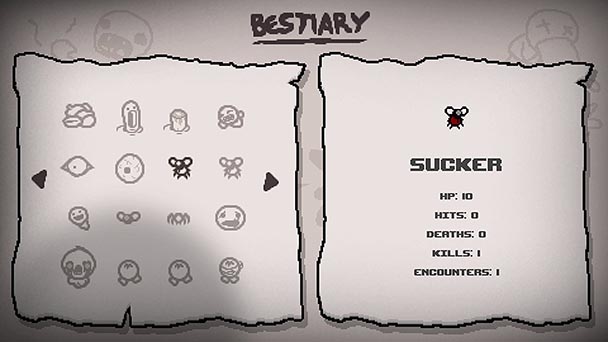 From an economic perspective, The Binding of Isaac: Afterbirth+ can be purchased by PC owners for thirty-five dollars, representing a five-dollar savings over this Switch version. But if you factor in the nineteen-page NES-style manual and two sticker sheets that come with the physical version (as well as the possibility of a Prime or Best Buy Gamer Club discount), Afterbirth+ on the Switch is a deal, and represents a requisite launch-window purchases for new Switch owners.

The Binding of Isaac: Afterbirth+ was played on the
Nintendo Switch with review code provided by the publisher.

The Binding of Isaac: Afterbirth+
Platform: Nintendo Switch, Previously on PC
Developer: Nicalis Inc, Edmund McMillen
Publisher: Nicalis Inc.
Release Date: March 17th, 2017
Price: $39.99 via retail or eShop
The Binding of Isaac Afterbirth+ review
Entertainment industries thrive by repacking and reselling iteration. Often, the practice is an easy way to pad the company coffers while keeping the brand relevant. From movies that offer an extended cut to music in the form of the remix or live album, nearly every medium has their own type of money-making modifications. Games, of course, are no different- with the port, remaster, or proposal of downloadable content suggesting an experience that&rsquo;s a comforting mix of the fresh and familiar. With the release of The Binding of Isaac: Afterbith+ for the Nintendo Switch, developer Nicalis has bundled the base game,&hellip;

Summary : The Nintendo Switch version of The Binding of Isaac: Afterbirth+ contributes a number of little tweaks, extending a convenient way to enjoy Isaac at home or on the go.