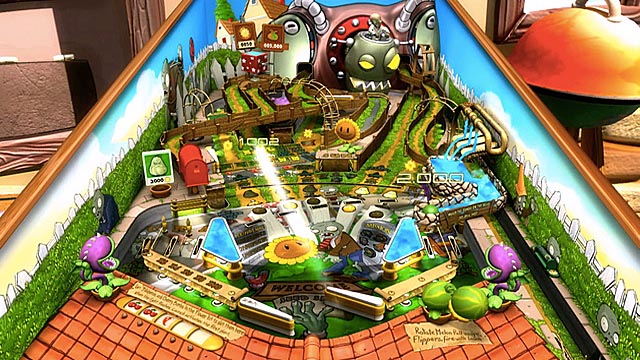 Preceding the launch of Pinball FX 2 onto Xbox Live, developer Zen Studios referred to their steel ball simulation as a “platform”, rather than use a more orthodox descriptor such as “game”. For some critics, a bit of healthy skepticism emerged. After all, a number of publishers have used similar language to describe their all-too-typical schemes for dredging canals of conventional digital content. However, Zen’s efforts were notable- providing not only a complementary download of FX 2’s core app and generous demos of each new table, but also a free download of upgraded tables from Pinball FX, the title’s predecessor. Naturally, some of the best ball physics in the business and reasonable purchase prices for Zen’s virtual machines helped to convince any cynics as well.

Mirroring Pinball FX 2’s magnanimous practice, the recent release of Zen Pinball 2 follows formula. Essentially a faultless port, the title provides a unified portal for PlayStation 3 and PS Vita-owning pinball enthusiasts to enjoy Zen’s growing roster of twenty-six tables, each augmented by lavish leaderboard support. Purchasing a table for one system bequeaths the ability to play on both platforms, making Pinball 2 an essential purchase for stalwart Sony fans who own both systems. For those who have already procured the PSN iteration of Zen Pinball , or the Marvel, Ninja Gaiden or Street Fighter II tables, the title automatically imports your content as well. While some players have reported difficultly with Zen Pinball’s detection of previously purchased items, I experienced no such woes. The application even scanned my PlayStation Network account, proposing to download tables which weren’t on the hard drive. 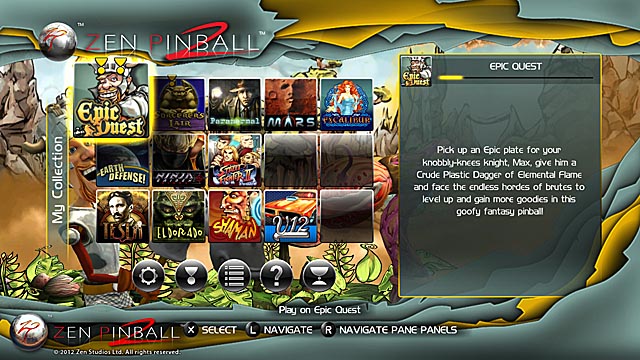 Unsurprisingly, the PS3 iteration of Zen Pinball 2 retains Zen Studios’ aptitude, delivering an adaptation of pin so proficient, it’s possible to sporadically overlook that you’re playing the beloved pastime on a television screen. Predominantly, this is articulated through the game’s meticulous modeling, which convincingly recreates every flipper flick, bumper jostle, and ball bobble. Where the title breaks from stanch simulation is does so vigilantly, exhibiting score pop-up scoring displays, playfield animations, and real-time scoring challenges to bolster the level of intensity. What is slightly unexpected is the quality of the PS Vita version, which retains the unwavering sixty-frame-per second refresh rate and leaderboard support of its console brethren. The game even extends one of the few viable instances of rear touch responsiveness, offering the option to engage the flippers by touching either half of the Vita’s posterior. Pin purists may even opt for vertical mode, which offers a viewing perspective which presents a more natural exhibition of the action. The sole blemish on Zen Pinball 2 is that previously earned table scores don’t carry over to this iteration. Considering some of the astronomical feats accomplished by players, that may be for the better though.

Accompanying Zen’s new title is the release of the Plants vs. Zombies table, which is also available to Xbox 360-owning Pinball FX 2 players. An adept adaption of PopCap’s ubiquitous undead-fighting strategy title, PvZ is a bit of a departure from the developer’s previous output. Yet, despite the divergence from tradition, the table still delivers Zen’s customary craftsmanship and refinement. 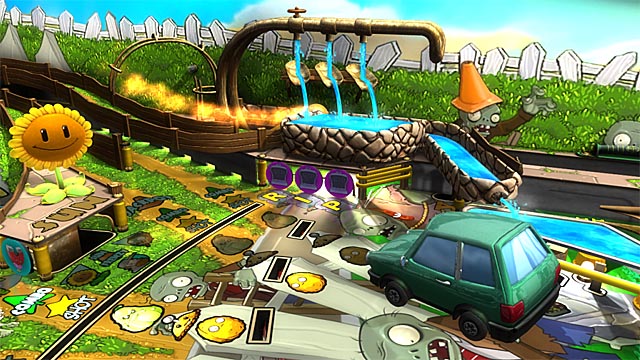 Booting up Plants vs. Zombies Pinball, players will immediately notice a color scheme which closely emulates the vibrant hues of the original strategy defense title. In execution, the perky palette allows player to perceive every minute playfield perk such as the wooden troughs which serve as ramps or the reckless careening of Crazy Dave’s old car. Some might even bemoan that Ryu Hayabusa milieus were so woefully murky in comparison. With plenty of opportunities for extra balls, multiball play and kicker activation, PvZ is significantly easier that Zen’s inaugural tables. Had this been an actual machine, the thirty to forty-five minute play sessions would have easily earned the scorn of arcade operators. For console and portable owners, the table’s pace is pleasing, making it both a relaxing escape for pin fanatics and an affable introduction for newcomers. In keeping with tradition, Zen Studios have embedded every conceivable fragment of Plants Vs. Zombies lore into the table, even recreating the pylon-capped reanimated emerging from the fog when one event is triggered.

Zen Pinball 2 is an undeniably exceptional title- so good that I’m considering repurchasing the tables I already own on XBLA just for the convenience of playing them on the PS Vita. For those that haven’t experienced the developer’s splendid simulation of a departed pastime, a download of the core app is advised. Although other pinball platforms have materialized in the wake of the Zen’s success, they fail to provide the same fanatical amount of polish. Similarly, the Plants vs. Zombies table is recommended to all but the most persnickety players who subsist only via unremitting challenge. 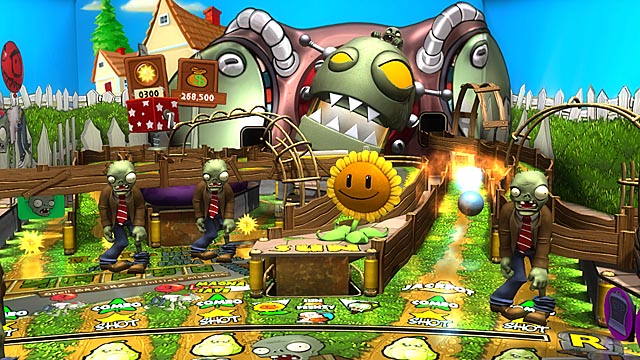