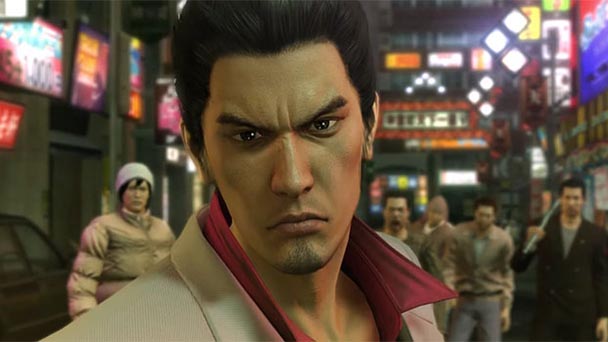 In Japan, the Yakuza franchise has enjoyed success since the original 2005 release. But in the States, the series has only earned a modest following for most of its existence. For curious players, the games proved hard to pigeonhole, with approachability undermined by the occasional long-winded conversation and a storyline that could instantly shift from earnestness to comic whimsy. While a knowledge of Japanese culture wasn’t a requirement for play, awareness could highlight some of the series subtleties. For otaku, localization damaged the series’ delicate sense of authenticity, with the first game requiring players to sit through an English dub, and Yakuza 3 earning notoriety when the Stateside release removed hostess clubs.

The absence of censorship and a flourishing familiarity with Japanese culture meant that Yakuza 0 averted the traditional fate of previous franchise releases, garnering commercial success that matched the game’s glowing critical reception. Although the title was simultaneously released on the PlayStation 3 and 4, the developers of SEGA were able to harness the power of the hardware, extending renditions of Tokyo’s Kabukicho and Shinjuku districts as well as Osaka’s Dotonbori neighborhood in fanatical detail. 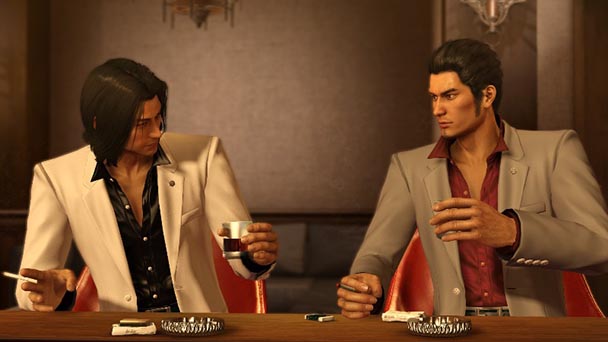 Naturally, the prequel piqued interest in the series, prompting the release of Yakuza Kiwami (meaning “Yakuza Extreme”). While Japanese gamers enjoyed high-definition remasters of the first two titles when Ryu Ga Gotoku 1&2 HD Edition was released in 2012, Western players never received a localization. With Kiwami’s release on the PlayStation 4, that omission has been remedied, with patient players receiving not only a visual overhaul, but additional exposition that polishes the plotline and helps to link plot points to the events exhibited in Yakuza 0.

Whereas Yakuza 0’s starring role was shared between the stoic Kazuma Kiryu and the eccentric but likable Majima Goro, Kiwami’s narrative is solely from Kiryu’s point-of-view. As such, it’s easy to emphasize with the man who’s nicknamed the Dragon of Dojima. While challengers habitually respect him for his street-brawling prowess, he also earns esteem for the heart of gold concealed underneath the flashy mob attire. Lead writer Hase Seishū’s experience with hardboiled fiction pays large dividends here, weaving a plush tapestry of honor, ambition, and the intermittent filament of betrayal, extending a satisfying re-contextualization of samurai lore. 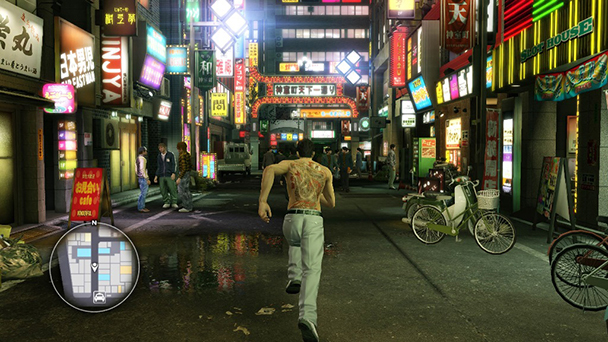 Picking up from the plotline of Yazuka 0, Kiwami finds Kiryu taking the fall for the the murder of Yukuza boss Sohei Dojima, in an effort to protect his best friend. After a decade-long stint in prison, Kiryu heads back to the fictionalized district of Kamurocho, where he faces the ire of the Yakuza, the responsibility of protecting a young girl named Haruka, and having to deal with the sweeping changes to his old stomping grounds. Like the filmography of Takeshi Kitano, Kiwami succeeds not just in creation of conflict that’s perpetually threatening to swallow its protagonist. It also basks in moments of quiet reflection, revealed when Kiryu reunites with children from 0, or the sense of loneliness that hangs over an evening shared with a stripper.

As with every entry in the Yakuza franchise, those contemplations are counter-balanced by a heap of lunatic whimsy. Most notably, this is evident by the incorporation of “Majima Everywhere!”, encounters where The Mad Dog of Shimano ambushes Kiryu. Typically, these confrontations incorporate some kind of modifier into the pugnacious, and reward players by offering an upgrade to Kiryu’s ‘Dragon’ style. Satisfyingly, that means that Kiwami maintains narrative cohesion, retaining the quartet of fighting systems that the protagonist cultivated in 0. Although he’s rusty from being locked up for ten years, Kiryu soon reclaims his status as street king, using pieces of the environment as weapons with Beat Mode or adopting a fleet-footed style with Rush Mode. Beyond using experience points to unlock new moves, players can also augment their health and recovery speed, which will likely be needed against some of the title’s protracted boss battles. While challenging, especially as players close in on the game’s conclusion, occasionally these showdowns can feel like wars of attrition- even when heat attacks thwart opponents from recovering health. 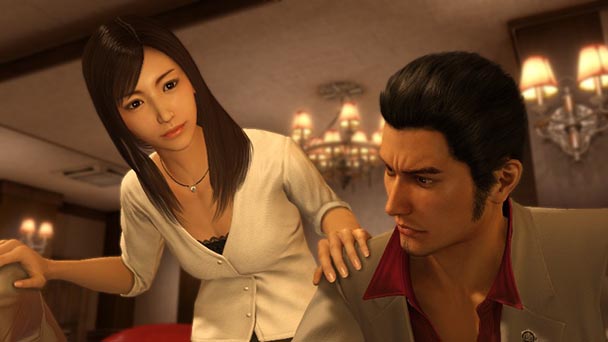 Side missions have always been a substantial component in the Yakuza series, and unsurprisingly are plentiful in Kiwami. Sure, it’s a bit disappointing that there’s nothing as compelling as 0’s extensive Real Estate Royale and Cabaret Club Czar pursuits. But largely, Kiwami satisfies, removing the often-frustrating massage and slot machine mini-games. In their place are revamped hostess clubs, and “Insect Queen” where G-string clad wrestlers with bug-like headdresses grapple provocatively. Reflecting history, Kamurocho’s festive nightclubs have gradually given way to darkened gambling halls where players can fatten their wallets. For those who’d rather not wager their hard-earned yen, Kiwami offers a host of other recreations, from battling cages, pool halls, to an obsession with pocket racers. As with other entries in the franchise, Kiwami’s recreation of Kabukichō might not be sprawling, but offers a density of diversity and authenticity that’s often dazzling.

Visually, Kiwami uses Yakuza 0’s engine, extending a stirring simulation of Tokyo’s famous red-light district. Naturally, realism stems from the minute details, from the vibrant glow of signage reflected in street puddles to the impeccably tailored suits worn by the game’s cast. On the PlayStation 4, the visual upgrade feels sumptuous, replacing the middling poly counts, lower resolutions, and simple textures of the original PS2 title with extravagant details. Targeting a 1080p, sixty frame-per-second output (with only the occasional stutter), the game looks like it was built for the PS4. Of course, Yakuza’s original cutscenes have been reworked to use the in-game engine and exhibited at thirty frames-per-second to recreate a cinematic vibe. 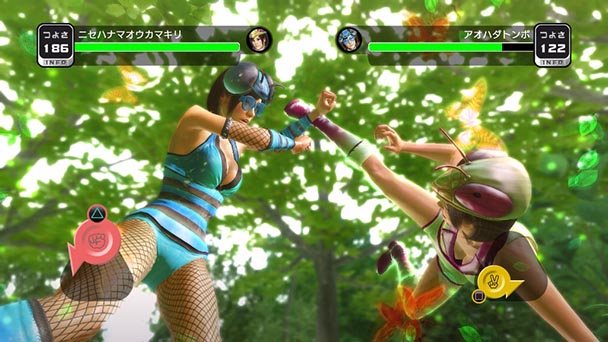 About the only element to date Yakuza Kiwami are the title’s side missions. While more modern entries demonstrate variety, Kiwami’s noncompulsory errands lean toward the homogenous. Too often, they entail going to a specific spot, where a brawl erupts. While fighting is certainly one of Yakuza’s fortes, when coupled with the random scraps that regularly break out, some might tire of tenacious tussles.

The industry pushes a cavalcade of remasters at consumers, all too often without merit or effort. Yakuza Kiwami is the antithesis of that trend, offering a painstakingly crafted reworking of the lapsed PlayStation 2 title. SEGA might have gotten away with a simple graphical upscaling and restoration of the original voice work. But instead, they pampered Yakuza with the care it deserves, replacing or renewing with a deft touch. When you factor in the game’s thirty-dollar MSRP, Yakuza Kiwami feels like winning the best prize on your first attempt at the UFO Catcher. 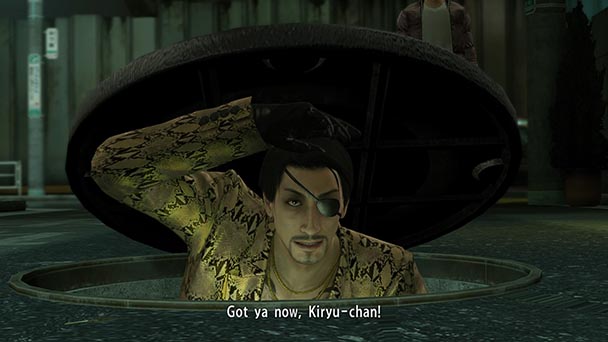 Yakuza Kiwami was played on the PlayStation 4
with review code provided by the publisher.

Yakuza Kiwami
Platform: PlayStation 4
Developer: SEGA
Publisher: SEGA
Release Date: August 29th, 2017
Price: $29.99, available via retail and PlayStation Store
Language: Japanese with English subtitles
Yakuza Kiwami review
In Japan, the Yakuza franchise has enjoyed success since the original 2005 release. But in the States, the series has only earned a modest following for most of its existence. For curious players, the games proved hard to pigeonhole, with approachability undermined by the occasional long-winded conversation and a storyline that could instantly shift from earnestness to comic whimsy. While a knowledge of Japanese culture wasn&rsquo;t a requirement for play, awareness could highlight some of the series subtleties. For otaku, localization damaged the series&rsquo; delicate sense of authenticity, with the first game requiring players to sit through an English dub,&hellip;

Summary : The obsessiveness exhibited by SEGA’s development team is contagious. Don’t be surprised if you find yourself absorbed by Yakuza Kiwami’s rich setting, when you aren’t captivated by the game’s hardboiled plotline.