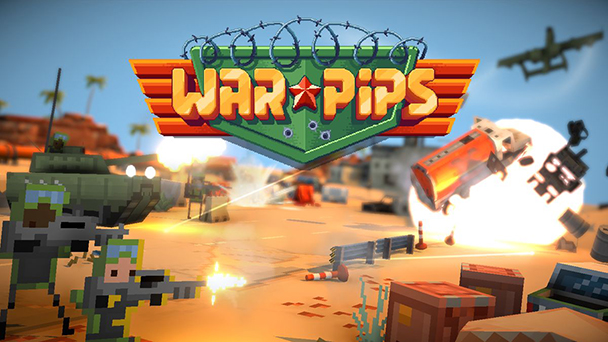 From CastleStorm, Swords and Soldiers, to Metal Slug Defense, there’s a good chance you’ve played a 2D side-scrolling real-time strategy game. Even if you haven’t, the concept is rather easy to absorb. On each end of the battlefield are two bases which are able to spawn different types of units. Players don’t control most of the combatants themselves. Instead, each inch toward their opponents’ headquarters, with combat erupting when opposition factions meet.

Unlike 3D real-time strategy games there are a number of simplifications. Instead of worrying about resource gathering, income usually tickles in automatically. As such, the foremost strategic decisions center on the type and timing when deploying units. As such, these kinds of games are accessible but the downside is that they can lack a bit of strategic depth. 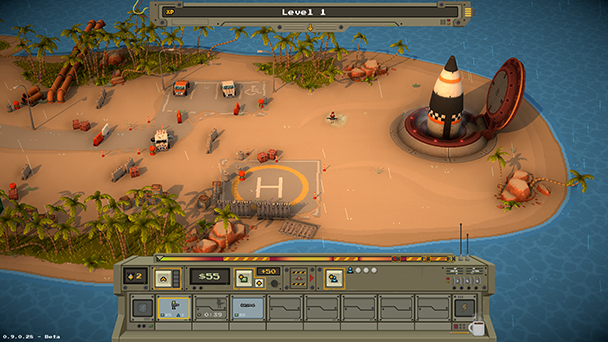 Presently in Early Access, Skirmish Mode Games’ Warpips adds a bit of tactical nuance to the formula. While there are some minor issues and absences in the current build, there’s enough proficiency to indicate the game is headed in the right direction. Flaunting attractive, voxelated visuals and a very reasonable twelve-dollar price tag, there’s enough substance at present to recommend a purchase to armchair strategists- especially if they appreciate eye-grabbing explosions.

Warpip’s tutorial does a respectable job at familiarizing players with the fundamental. Whether you opt for a mouse or controller to give commands, both methods let you build units, place items, and have control over your faction’s trajectory. Several decisions endow the game with distinction. The first is how you’ll spend Command Points earned by eliminating foes during battle. While you can upgrade the level of your troops with the resource, it’s also possible to expand your Pip Supply, which is the cap on the number of simultaneous on-screen infantry.

The menu bar on the bottom of the screen also provides two buttons for fine-tuning your strategy. Select Assault and you’ll provides a boost to unit speed and accuracy. Alternatively, Defend orders them to take cover and enhances their firing range. One other option permits players to earn a bit of emergency cash, but they’ll sacrifice one of their Pip Supply points for two minutes. An additional concern is an enemy morale indicator positioned at the top of the menu bar. Let this escalate too high and you’ll face an immediate trouncing. As such, you’ll occasionally want to periodically make ramp up the number of opponent fatalities.

Fortunately, Warpips multitude of unit types can be prove beneficial in burying your opponent. The game’s Risk-like campaign has you attempting to conquer neighboring territories. Succeed, and the spoilers of war are new unit types. These can be a new type of infantry, like tacticians, who provide an efficiency boost to all neighboring units, or essential tools like turrets, ground cover, or even oil wells that increase the rate you’ll earn cash. There’s a sense of playfulness to units as demonstrated by attack dogs that maul opponents and obediently bring back any money that adversaries were carrying. 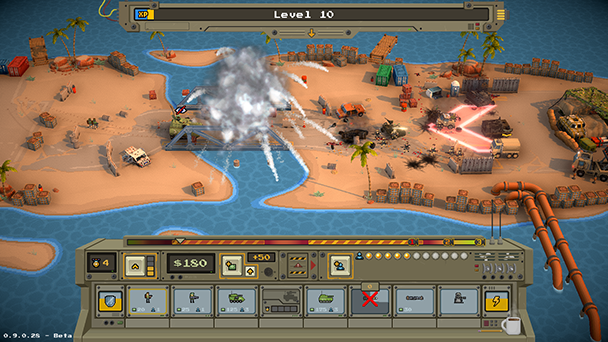 Undoubtedly the most enjoyable perks are offensive hardware like rockets that detonate on enemy positions or planes that are capable of devasting bombing runs. These abilities are locked by a cool-down meter but are incessantly gratifying and quite effective. The downside is that they’re consumable, so once used, they’re gone from your inventory for good. But Warpip is smart enough to avoid being stingy with the bonuses. Smartly, the game doesn’t try to sell the hardware with real-world cash. That would have been a war crime, right there.

Intel is the Starting Point for Success in Battle

Warpip’s visual creation of conflict is proficient. Autonomously, tiny units take cover, dumping a ceaseless supply of ammo at foes, filling the screen with tracer rounds and muzzle flashes. Boxy Warthogs fly overhead, dumping ordnance on top of helpless adversaries, resulting in a stirring spectacle of destruction. Cutscenes that bookend each conflict employ a depth-of-field effect, giving a cartoonish context for the small bits of bloodshed that accompany battle. 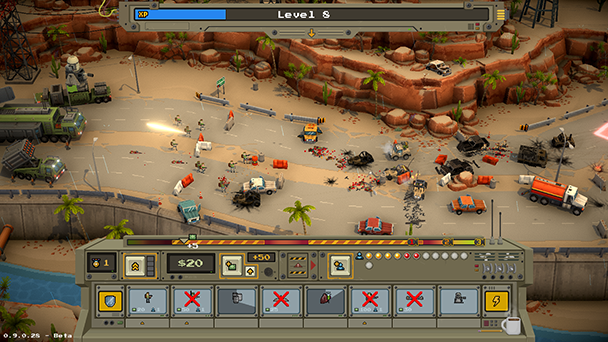 But you might wish the game delivered more graphical data. With only discernable stats, advantages in firefights are hard to detect. How much of a benefit does secure cover provide? When four basic units engage two advanced ones, how much of an edge is there? Sure, you can learn through careful observation, but a bit of statistical data would be quite helpful. In striving for simplicity, Warpip makes learning about the nuances of battle more complex. While it’s quite possible that two-player skirmishes will come later, at present Warpips is a single-player experience. One additional issue is that that AI isn’t held to the same rules that players are. While you’ll have to wait to generate advanced units, your CPU opponent isn’t held to the same restriction.

Warpips brings a healthy number of tactical options to the 2D side-scrolling real-time strategy game. When coupled with an eye-pleasing visual style, this is a title that solo players might want to enlist in. Currently there’s at least ten hours of content in the main campaign and additional enjoyment can be found in the skirmish mode, offering a lot of bang for your twelve bucks.

Warpips was played on PC with code provided by the publisher.