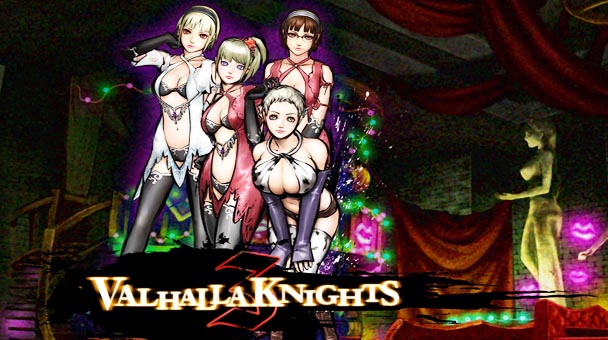 While Valhalla Knights 3‘s moniker implies that the game is the tertiary entry in K2’s action/role-playing franchise, it’s actually the fourth installment. Two PSP iterations as well as 2008’s Valhalla Knights: Eldar Saga for the Nintendo Wii each inched the rudiments of gameplay forward- tweaking the series’ succession of errands and character development process. Although Valhalla Knights 3’s transition onto the PS Vita could have used the portable’s advanced capabilities to provide an advantageous overhaul, instead the developers concentrated on a more salacious component. As such, the latest game has enough niggling blemishes to dissuade role-playing devotees, although players intrigued by the hostess trade might be able to bear the game’s transgressions.

A compelling context has often evaded the franchise. Valhalla Knights 3 provides an interesting premise but falters due to incongruent tasks and an uneven tone. A text-based preface articulates the legend of W. Flockhart, an evil criminal who became obsessed with a treasure capable of granting a single wish. Following Flockheart’s mysterious disappearance, the once tyrannical but now besieged Beigen empire is fixated on recovering the artifact, presumably as a last-ditch effort to change the country’s imminent downfall.  While this backstory offers a grim but inspiring backdrop, Valhalla’s stilted storytelling do the game few favors. 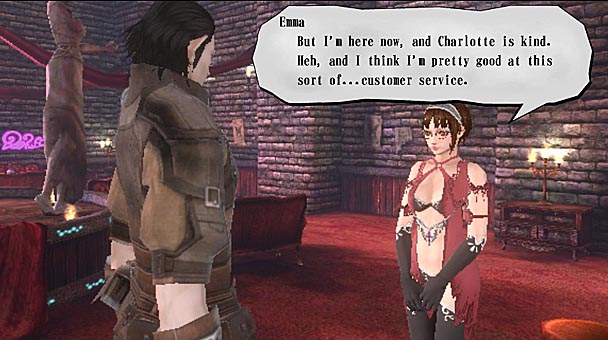 Expositional elements are told through stiff character models and insipid dialog. Ideally, complete voice over might have added vivacity to these conversations, but instead players are given pithy anachronistic sound bites as the Tolkien-esque characters exclaim “Yo” or “Hey”. Both non-verbal gestures and the game’s soundtrack don’t always harmonize with the emotions depicted, so it’s not usual for a shrug or melancholic music piece to be misplaced in the middle of a nondescript conversation. Even more worrisome is the disparity between trivial beat-hunting or resource collecting errands and the pressing geopolitical impetus. Too often, players may wonder how the game’s cavalcade of item collection and monster killing factor into the overarching plotline.

Despite the unrealized incentive and story delivery woes, Valhalla Knights 3’s combat can be quite compelling. Fundamentally, battles are action driven, as players have access to an arsenal of light and heavy attacks, parries, as well as a cluster of increasingly powerful abilities which are mapped to the directional pad. Initially, direct command your character is enough to defeat the game’s foes. But before long, players will want to delve into the group formations options- sending healers and ranged combatants to rearmost support positions. Adept gamers will also make use of the ‘select button’ to shift between characters, since even unfocused human acumen is superior to the game’s artificial intelligence. What’s more, taking control of characters allows players to enjoy the breadth of Valhalla’s weaponry without having to change classes. The downside of combat can be found in the title’s unexpected difficulty spikes. Although missions are ranked, jumping to a subsequent threshold can be a humbling experience, forcing players to execute a bit of grinding. 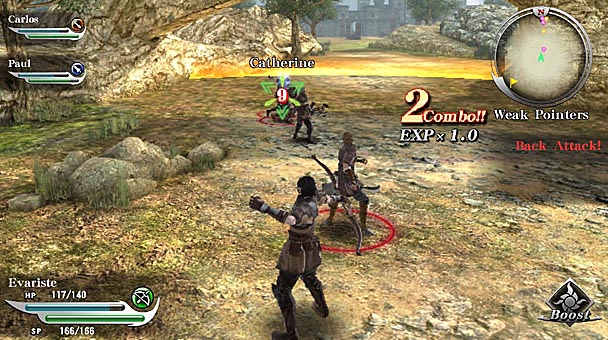 A robust character creation suite is also one of the game’s other merits, allowing  gamers to determines physical variants, gender, race, personality, and once unlocked, over twenty classes. Having created three adventurers of varying class and race, each character fought divergently, despite only subtle differences in the interactions with NPCs. Skill sets along with weapon and armor choice further delineate protagonists; thankfully Valhalla provides a bounty of selections.

What will inevitably be the title’s most contentious component can be found in the light district, where players are able to cavort with a bevy of female hostesses. Although players can eke out an existence in the lower slums, the (red) light district is where the game’s premium particulars are found. Interacting with the ladies comes at a cost- correlated to the quality of the goods. For those yearning for more than a superlative sword or shield, Valhalla’s ‘sexy time’ offers lascivious activities where players use the touch screen to touch the nubile parts of the lingerie-clad lassies. While I’ve never been prudish about lolis, patting the virtual posterior and breasts of a hostess was not something I was completely comfortable with. For some, the end result might just justify the means, as scantily clad nymphets can eventually join your clan and writhe around the battlefield. 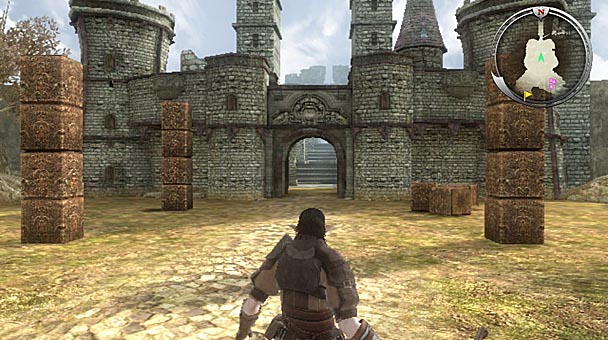 Aesthetically, Valhalla Knights 3’s is enigmatically uneven. Even after spending hours travelling though the game’s hub of Carceron prison, the compound feels disjointed. Inexplicably long, curved hallways flanked by shops make the penitentiary feel like a shopping mall. Woefully, extended and frequent load screen interrupt traversal; mercifully, there is fast movement system. While the game’s exteriors exhibit longer draw distances, it’s never explained why the prisoner/player is allowed to freely explore these venues, especially since roaming monsters are often easily avoided. Narrative fissures aside, the outside of Carceron prison and its peripheries periodically take advantage of the Vita hardware. It’s unfortunate the both character models and animation is truncated. One example, party member instantly unsheathe their weapons without the benefit of any transitional motion.

Valhalla Knights 3’s combat mechanics are engaging and the game’s titillating diversions are bound to earn a niche following but accompanying elements are often uneven. For a transitory game this might be pardonable, but when stretched across a forty-plus hour playtime, these faults wear thin. XSEED should be commended for adding online PvP matches and softening the prohibitive difficulty of the Japanese version, but in execution, these are minor mends on a game that has other, more imperative woes. When the overwhelming aspect of a RPG’s option screen is toggling different panty styles, that’s a good sign that the development team’s focus might have been slightly askew. 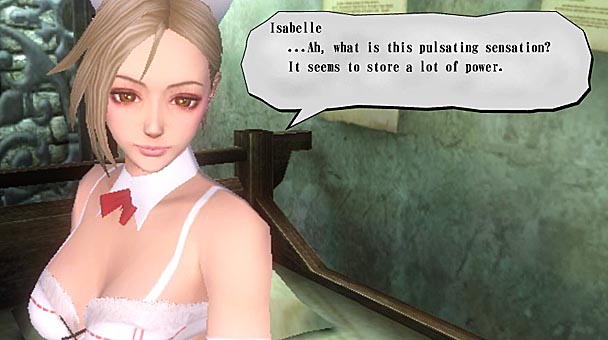 Valhalla Knights 3 Review
While Valhalla Knights 3&lsquo;s moniker implies that the game is the tertiary entry in K2&rsquo;s action/role-playing franchise, it&rsquo;s actually the fourth installment. Two PSP iterations as well as 2008&rsquo;s Valhalla Knights: Eldar Saga for the Nintendo Wii each inched the rudiments of gameplay forward- tweaking the series&rsquo; succession of errands and character development process. Although Valhalla Knights 3&rsquo;s transition onto the PS Vita could have used the portable&rsquo;s advanced capabilities to provide an advantageous overhaul, instead the developers concentrated on a more salacious component. As such, the latest game has enough niggling blemishes to dissuade role-playing devotees, although players intrigued&hellip;

Summary : Fluctuating between lascivious and laborious, Valhalla Knights 3 has several mechanics that might appeal to certain players, but just as many universally clunky ones.