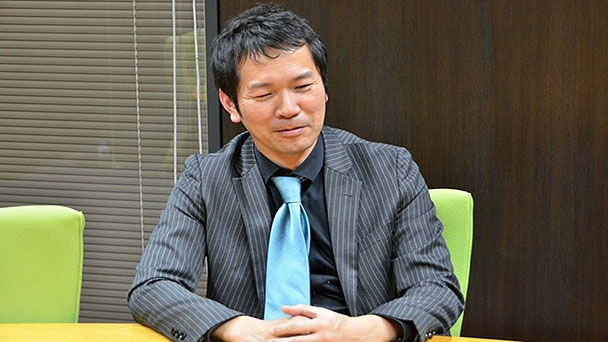 For nearly forty years, Nihon Falcom has crafted a steady succession of enjoyable, consistently charming and wonderfully melodious role-playing and action role-playing games. In anticipation of the release of The Legend of Heroes: Trails of Cold Steel III, we had the opportunity to speak with Falcom’s president, Mr. Toshihiro Kondo on their formula for enduring success, the tension between creativity and commerce, and of course, the rich legacy cultivated by the company’s titles. What follows is part one of a two-part interview conducted before Anime Expo:

Tech-Gaming: Recently Nihon Falcom celebrated their 38th anniversary, which is quite a feat of longevity. What do you feel are some of the design philosophies that have contributed to the company’s endurance?

Toshihiro Kondo: From a design standpoint, we make would be considered as traditional games. But the truth is, we also put a lot of time, care, and effort to ensure the quality of these games, and that generally gets recognized by the players. You were kind enough to say that we have a lot of passionate fans over here in the West and in the same way we have these passionate fans in Japan. And we’ve heard of people who might have stopped playing video games, it’s not uncommon for them to want to pick up and play Falcon games as they come out. So again, that that care that goes into each and every game that we make is one of the secrets of our success and longevity. 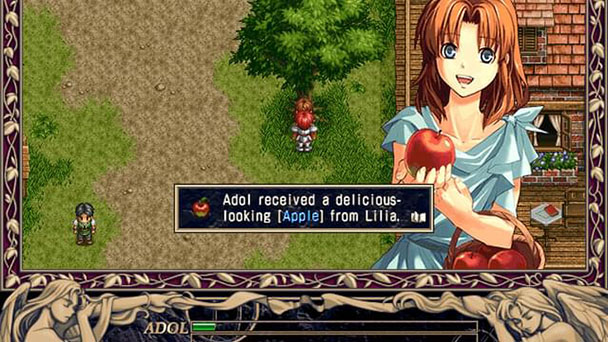 T-G: Not long ago, I met with a team from HAL Laboratories, a developer that’s roughly the same age as Falcom. I was a bit surprised by the dedication to research, the time spent studying older titles and thinking about how to modernize some of their game mechanics. Can you talk about your company’s approach to honoring older properties?

TK: What you said right now about HAL laboratories really resonates with me. For our studio, just about everybody who joins, particularly on the development side, are really big fans of past properties, especially, Ys and the Trails series. These games mean a lot to us. And when we have meetings it’s not uncommon for the conversation to shift to what happened in the past, thinking about what we did in this game and what happened in that game. We’ll discuss things like where a treasure chest is placed, how the animations or the story parts play out, or even how information is given to the player. We consider our older games our textbook and our Bible, and that’s how we develop the games currently in the series.

T-G: Let’s talk about the Falcom’s output, which includes continuations of popular franchises like the Tales series, the occasional remake like Brandish: The Dark Revenant, and original titles like Tokyo Xanadu. Can you take us behind the scenes and discuss how the team determines their next project?

TK: One of these things you must remember about older games is that, while they might be lacking in things like graphics, they were very rich in ideas. Falcom, is not a large-scale company; we don’t have a ton of people. We don’t have the ability to be able to put so much energy into graphics and things like that. So, for us ideas are still very important, especially interesting ones. In game design, the idea part is often lacking, and developers can get a bit lazy when it comes to that area. I’d like to think that Falcon doesn’t skip out on this, we don’t try to hide weaknesses with graphics or things like that.  We really want to get to get to the heart of what makes games enjoyable. 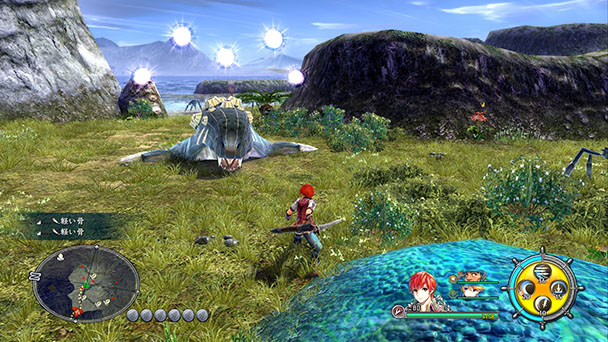 For titles that are continuations of series, those are kind of a given, if they’re well received. We basically just look at what was done in the past and then iterate and build off that for newer titles. You mentioned Tokyo Xanadu, which is a good example of how we looked at our past; games we’ve worked on before. We try to use that accumulated knowledge and put it to use for it for new things like capturing Tokyo’s energy. The Trails series is very narratively-focused, and we took what we what we learned from writing stories on the Trails series and put it in there. On the gameplay side, the action element is obviously from the Ys games.

The next challenge is figuring out what new things we’re going to do here; what are we going to try? So, someone said, we’ve never made a game set in a modern setting. That idea is fine and well, but what’s going to make it a Falcom game? What’s going to differentiate it from other modern games. You have things like Persona out there. So, we ask, “What can we bring to the table?” The planner had an idea, stating, “we have this Xanadu series”, which is this classic action RPG that we’ve made. Then you have Tokyo, and we’ve never really done anything with Tokyo. In this instance, the title of the game came first. That was the core concept, and the rest of the ideas fell into place. 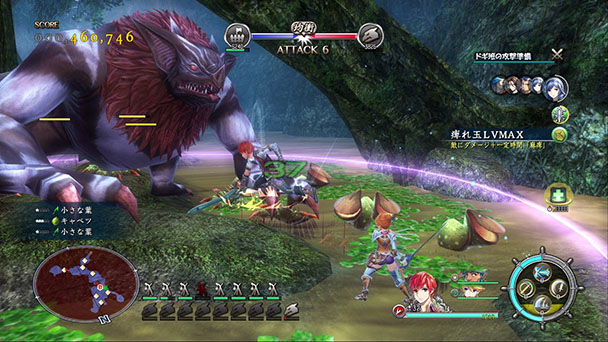 Another example, this is a little bit older, the team has a graphical tool program and our artist was kind of playing around one day.  He had a house on a fairly blank field and then put some basic lighting effects and added a character, and had that character walk behind (the house). Then one of the programmers asked, “Well, what can we do with this?” And just from those two people playing around that became Zwei. At that point the game was worked on by a fairly new employee, Makoto Shinkai, who because famous for (anime films such as) 5 Centimeters Per Second and Your Name. So that’s another way we have come with game ideas.

T-G: Profitability and creative expression are often viewed as oppositional tensions in art. How much does this factor into the company’s decision when tacking a new title?

TK: To begin with, a lot of the staff doesn’t necessarily think of the games as ‘products’. Falcon is an accumulation of people who want to make videogames. If you create games that don’t sell, or they don’t go to market, or they don’t even have a market, then of course you can’t keep doing that. There’s this understanding that you need to bring players something of value that they’re going to enjoy so much that they’re going to pay money, permitting the cycle to continue, and we can keep making games. Keeping this balance has allowed us to create games that have been liked over the years. 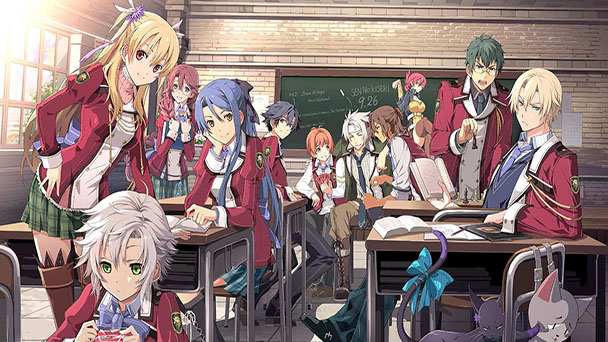 T-G: Perhaps, you can give us a figurative look inside the office. How big is the size of the company? How many different teams (or lines) are there? What’s in like to work there?

TK: The answer to the first question is 62 employees, with 50 of the staff working directly on development. As you can see, most of the company had a hand in development. As for lines, you could say there are three or four development lines, but one of the characteristics of our development is that we begin with very small core teams. We’re talking three to four members maybe. From there as the project ramps up and more details get decided the team will increase in size towards the finish line.

Another way to think about it is that you have for each project you have these core members that are there from start to finish and then you have people who will come in later on as things get more developed and fleshed out. As for office atmosphere, one thing that we’re often told is that our office is very clean and well taking care of and it’s also very quiet. 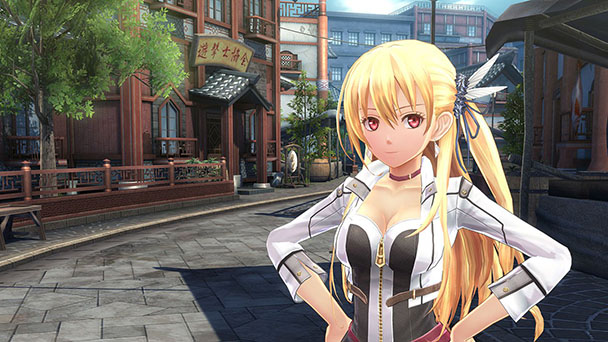 It’s so quiet that we’ve actually been told by new members to the company that they’re almost afraid to get up to use the rest because they don’t want to disturb the peace. Obviously, when there are meetings and things like that it gets a bit more lively. But when people from outside who come in they’re really impressed that it’s so quiet. So, we probably don’t even recognize it at this point, because that’s the environment we’re used to, but for employees of companies it’s quite a surprise. Another thing that is really surprising for people who I come to visit is that everybody wears suits including development stuff. Nobody wears (less formal) “outside clothing” as it were. At this point in game development, we’re probably the last company in Japan to do this, so sometimes we might look strange or mysterious (laughs).

The second part of this interview can be found here.

Tech-Gaming would like to thank Kondo-san, Mr. Alan Costa, and Erin Kim for their time
and assistance in conducting this interview, as well as Emi Nakamura for translation assistance.