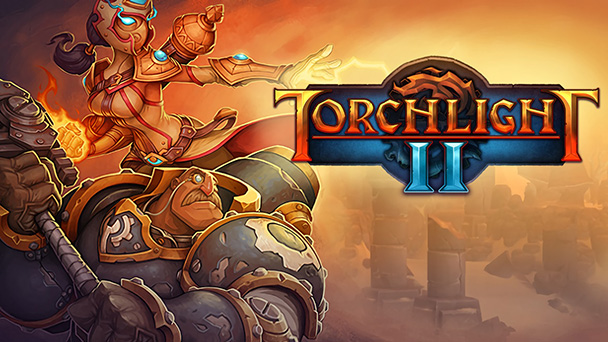 The 1997 release of Diablo remains one of the definitive interpretations of the dungeon crawl. Trading traditional turn-based combat for real-time action, exploration was elevated by the incorporation of procedurally-generated environments. The game’s loot algorithm was another innovative addition, enticing players into perilous spaces with the lure of exotic weaponry. Not only was Diablo’s formula strong enough to support several expansions and sequels, it also prompted a bevy of clones. While most have been modest successes, Runic Games’ Torchlight II remains one of the best.

Originally released in 2012, the game has received a praiseworthy port to the Nintendo Switch. While the robust modding capabilities didn’t make the transition, every other aspect of the addictive action-roleplaying has been adapted. Coupled with a reasonable price, Torchlight II is undoubtedly a welcome addition to the Switch’s digital library. 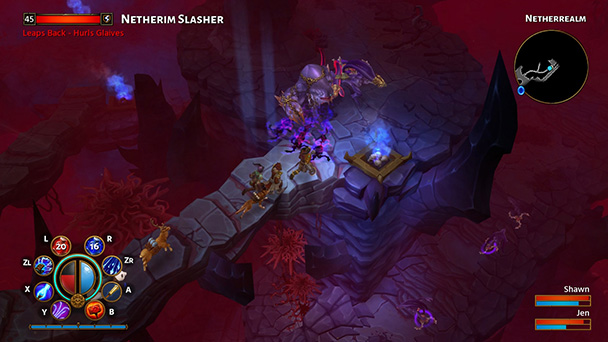 Diablo deliberately avoided the role-playing pratfall of front-loading an overabundance of exposition. Wisely, Torchlight II follows suit. The game’s opening cinematics detail a context several years after the conclusion of the first game. One of the game’s key character classes, the alchemist, has taken Ordrak the dragon’s heart, allured by its potential. But the mighty artifact has pushed him off the rails, causing him to destroy the town of Torchlight and compelling him into stealing magical energy from the realm’s protective Elemental Guardians.

Prudently, the bulk of the narrative is conveyed within a few minutes, allowing the game’s NPCs to do the bulk of the storytelling. Players seeking every last crumb of narrative can speak with each bystander awaiting conversation in hubs. But for those here for the hack-and-slash action, gatekeepers are clearly highlighted, which can help keep the pace brisk across Torchlight II’s forty-hour journey. 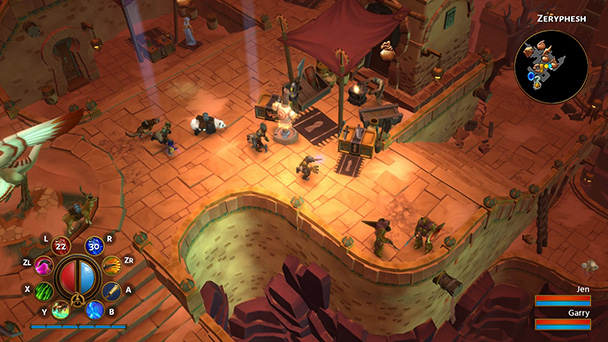 The four-act pursuit begins with players selecting from a quartet of new character classes. From the melee-focused and bot-constructing Engineer, the spellcasting Embermage, the Berserker who can summon animalistic spirits, and the ranged weapon and magic using Outlander, Torchlight II offers a number of interesting hybrids that both cater and encourage a multitude of play styles.

Like most role-playing games, leveling up your character provides points that can be invested in both stat augmentation and in tech-trees. With the later, Torchlight II takes a distinctive approach, letting you re-spec your last three skill points. Like any respectable role-playing game, you can either specialize in one of three areas or opt for a pragmatic jack-of-all trades approach. The result is replayability and the possibility of worrying that you committed to an inferior vocational path. Despite this negligible concern, Torchlight II offers enough balance so you won’t completely paint yourself into a corner. 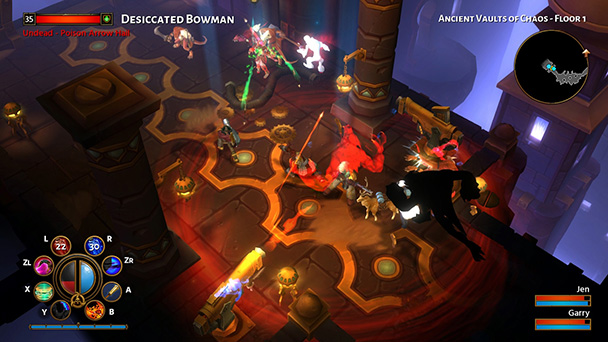 Fortunately, Torchlight II’s combat has enough sophistication to maintain interest across the workweek-long trek. Beyond the persistent drip-feed of new weapons, defensive armoring, and accessories to try out, the game give players an arsenal of mappable attack buttons. While some should be reserved for health elixirs and mana-replenishing potions, you can assign a combination of attacks, spells, and items to others. Like many ARPGs, Torchlight combat model doesn’t depend on quick reflexes and precision with the analog sticks (along this certainly helps when using ranged weapons). Instead, victory hinges on managing your abilities, the consideration of cooldowns, and when to retreat from a mob of resilient creatures.

Fighting in ARPG genre is dependent on some crucial design decisions. Underpower characters or their weapons and you’ll force players to backpedal from each encounter, which can get fatiguing before long. Adeptly, Torchlight II gets the balance right. There are always enough subordinates that fall over in a single strike to demonstrate the power of your weaponry. But elevated enemies absorb enough damage to make them feel both noteworthy and threatening. 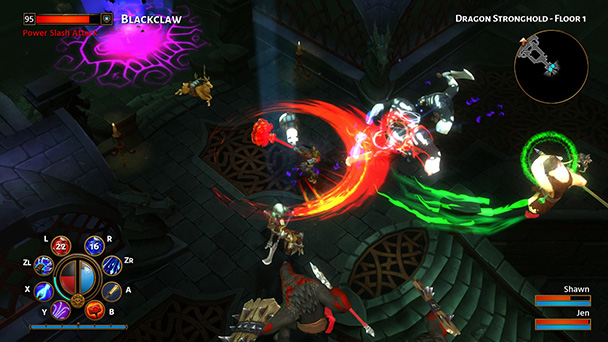 Touch my Panda and Taste My Wrath

Skillfully, Torchlight II scales difficulty to adjust for up to four online participants. But pleasingly, individualists don’t have to do it alone. Pets are more than just the usual inept avatar that follows you around. Here, the ten types of companions act on a trio of different behavioral routines than range from bloodthirsty to an absolute pacifist. What’s more, they will transport your unwanted loot back to town and even go shopping for you. Arguably, Torchlight II’s pets are one of the most useful assistants around.

Satisfyingly, the mouse and keyboard-based control scheme of the original PC release has been reworked into a twin-stick input by Panic Button. The port should be commended for its quality, with the Switch delivering stable sixty frame-per-second output in both docked and handheld mode. Cleverly, Torchlight II doesn’t attempt characters and environments build from massive amounts of polygons. Instead, it offers a vibrant, cartoonish vibe that can be zoomed in on to appreciate the art style. 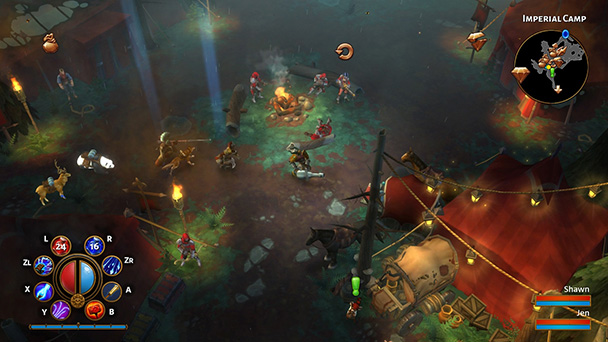 Save for Diablo III: Eternal Collection’s delightful showing on Switch, other ARPGs have come up short on the platform. Both Titan Quest and Victor Vran had issues, giving Torchlight II a clear-cut advantage over its peers. Given the quality of the port and the game’s reasonable price, if you’re yearning for action-based dungeon crawling, Torchlight II is well worth seeking out.

Torchlight II (Switch) review
The 1997 release of Diablo remains one of the definitive interpretations of the dungeon crawl. Trading traditional turn-based combat for real-time action, exploration was elevated by the incorporation of procedurally-generated environments. The game&rsquo;s loot algorithm was another innovative addition, enticing players into perilous spaces with the lure of exotic weaponry. Not only was Diablo&rsquo;s formula strong enough to support several expansions and sequels, it also prompted a bevy of clones. While most have been modest successes, Runic Games&rsquo; Torchlight II remains one of the best. Originally released in 2012, the game has received a praiseworthy port to the Nintendo Switch.&hellip;

Summary : Most Diablo-clones impart the feeling that you should just stick with Diablo. Torchlight II is one of the rare exceptions. It’s every bit as good as Blizzard’s cash-cow thanks to some smart design decisions and combat that remains interesting over the long haul.