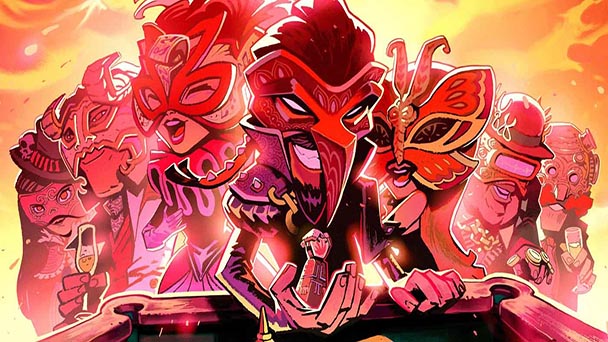 While cherished by board game fans, Clue’s Tudor Mansion is only an iota as interesting as The Sexy Brutale. Owned by a mysterious aristocrat referred to as ‘The Marquis’, the game’s setting is a sprawling Post-Edwardian-era English mansion, it’s labyrinthine layout adorned with a casino, bar, library, and chapel. But tonight’s masquerade ball has a deadly twist- with guests hunted down by the estate’s own staff.

Without intervention, ten patrons will confront mortality- with each incident producing the telltale sound of gunfire or shattering glass that reverberates across any adjacent rooms. Given the stylish, but muted, musical options extended by the recent PC, PlayStation 4 and Xbox One release, these peals of peril can be remarkably disturbing, signifying your failure to protect a life. 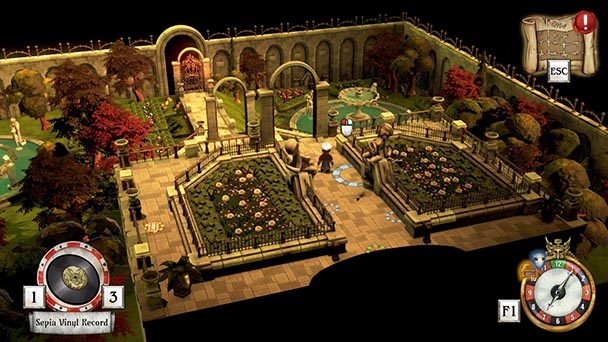 As elderly priest Lafcadio Boone, you do have a number of tools to indirectly stop the murders. Most of the time, you’ll be studying the predetermined patterns of staff and guests, peering through keyholes and eavesdropping on conversations. As Boone saunters about, color-coded icons in each room allow you to examine items, hide in secure locations, and interact with objects. Essentially, you’ll be studying the behavior of the murderous staff from nearby rooms, making a note of the interactions that will inevitably lead to homicide.

When a killing does occur, players are forced to witness the carnage. But that’s where Lafcadio’s most valuable tool comes into play. Following a tutorial that imparts the basic of movement and integration, players possess a pocket watch with the ability to turn back time. With the tool, The Sexy Brutale recalls the observe-experiment-repeat pattern of Groundhog Day, Edge of Tomorrow, or The Legend of Zelda: Majora’s Mask with Lafcadio able to rewind time and try again- armed with new knowledge on each successive attempt. 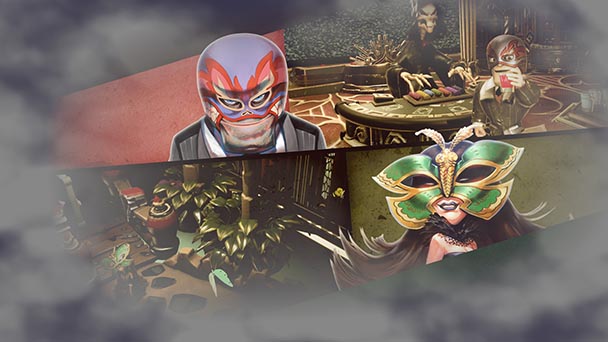 Soon it becomes clear that the game mirrors the intricacy of a pocket watch, its many gears and mechanisms persistently grinding forward. While the first few scenarios gently acclimate players to The Sexy Brutale’s brand of puzzle solving, things soon ramp up in intensity. But this is also when the title becomes truly especially engaging, as you begin to discover the connection between the myriad of moving parts, and begin to tweak with object to disrupt fate, like some kind of altruistic apparition.

And for the most part, the ghost analogy fits. You’ll largely stay out of sight from others, keeping to unoccupied rooms. When you do share the same space, the screen dims, objects can’t be interacted with, and if you linger for too long, it’s all over for poor, old Lafcadio. Pleasingly, this avoids the nerve-wracking tension of the stealth genre, where being spotted is often disastrous. Here, it’s easy enough to make a quick exit out of the room. But when a room is vacant, that’s when you can interact with the environment, stymying or even starting a Rube Goldberg-like chain of events. 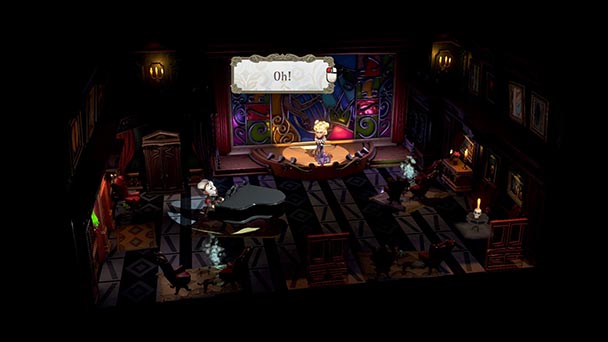 With each character (or pair) you save, players are given access to different areas of The Sexy Brutale as well as new talents. Initially, you gain the ability to rewind time at any clock, but later you’ll earn abilities like being able to break glass, pick locks, or light candles. Another invaluable power is tied to the game’s map screen, with players able to view the locations and paths of any seen characters. Players can even ‘scrub’ the graphical representation, learning where staff or guests will be at any particular moment.

Beyond some inelegant navigation caused by the insistence of a few key commands, The Sexy Brutale is largely without significant transgression. Some might balk at the game’s finale, where an eruption of exposition stands in sharp contrast to succinct dialog of the first ten hours. But the developer’s verbosity is balanced by a plot twist that not only delivers a fertile payoff, but might just be strong enough send players back into the game, looking for instances of foreshadowing. 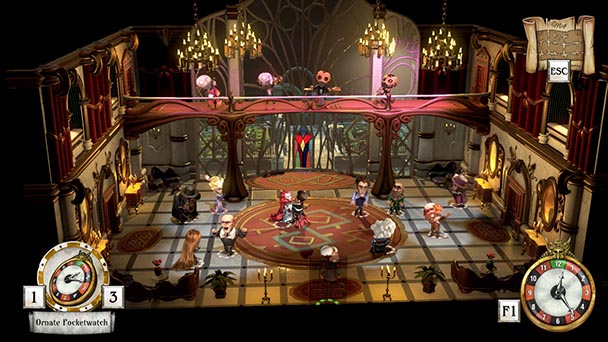 Aesthetically, The Sexy Brutale channels a Downtown Abbey vibe, extending ornate European opulence across every screen. Every room of the mansion is filled with intricate details, whether a lavish flora-filled garden or a marble-floor room adorned with Johannes Vermeer’s Girl With a Pearl Earring. Often the visuals are highlighted by an elevated isometric view and low-slung lighting, stretching out shadows for maximum effect. And if wasn’t for that persistent procession of murders, I’d find myself basking in The Sexy Brutale’s sumptuousness. Sonically, the game’s soundtrack is up to the same standard, extending exquisitely orchestrated accompaniments for each room and alcove.

Be careful not to overlook The Sexy Brutale. While screenshots might make the title seem like little more than an attractive point-and-click adventure or another orthodox puzzler, the game is far more than that. Brutale is an exceedingly clever excursion which offers an ingenious take on the murder mystery, offering its own twenty-first century take on Agatha Christie. 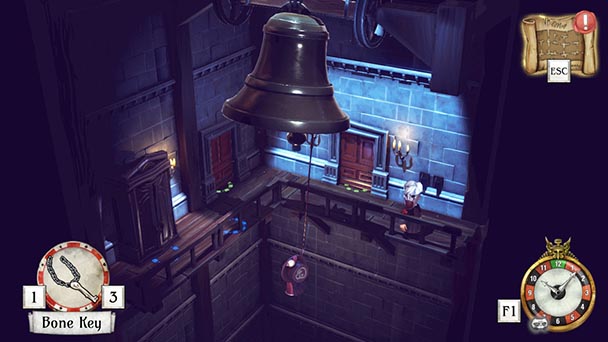 The Sexy Brutale was played on PC with review code provided by the publisher.

The Sexy Brutale
Platform: PlayStation 4, Xbox One. PC
Developers: Cavalier Game Studios, Tequila Works
Publisher: Tequila Works
Release date: April 11th, 2017
Launch Price: $19.99 via PSN, XGS, or Steam
The Sexy Brutale review
While cherished by board game fans, Clue&rsquo;s Tudor Mansion is only an iota as interesting as The Sexy Brutale. Owned by a mysterious aristocrat referred to as &lsquo;The Marquis&rsquo;, the game&rsquo;s setting is a sprawling Post-Edwardian-era English mansion, it&rsquo;s labyrinthine layout adorned with a casino, bar, library, and chapel. But tonight&rsquo;s masquerade ball has a deadly twist- with guests hunted down by the estate&rsquo;s own staff. Without intervention, ten patrons will confront mortality- with each incident producing the telltale sound of gunfire or shattering glass that reverberates across any adjacent rooms. Given the stylish, but muted, musical options extended by&hellip;

Summary : The Sexy Brutale’s multitude of moving parts meld together skillfully, extending a murder-mystery puzzle that’s both distinct and distinguished.