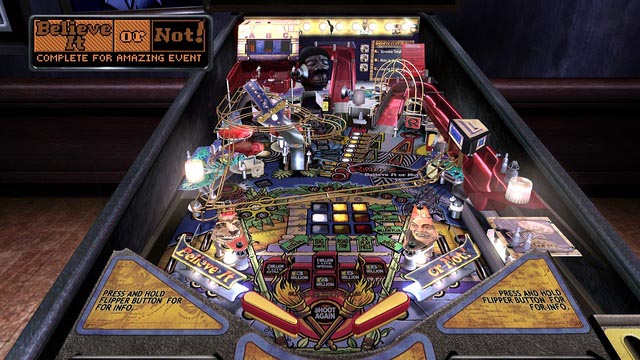 What is the concept? Whereas Zen Studios’ line of pinball titles have delivered enjoyable, albeit fabricated tables, FarSight Studios ambitions are found in the meticulous simulation of real-world machines. The recent release of The Pinball Arcade for the PS Vita brings together four tables spread across a twenty-three year span. Gottlieb’s Black Hole is the eldest entry; recognized as being the first game to offer a conversely-sloped midfield on the table, conveying a sense of inverted gravity. Although the ruse isn’t as potent on the portable screen as it is in person, Black Hole is still a gratifying table, delivering a nice supply of accessible scoring opportunities.

With an easily initiated multi-ball and Black Knight’s magna-save to prevent premature drains, 1995’s Theatre of Magic is the collection’s most approachable table. Meanwhile, 1996’s Tales of the Arabian Knights is best known for an iconic spinning lamp, atmospheric musical refrains, and diverting dot-matrix display animations. Rounding out the collection is Stern’s 2003 classic- Ripley’s Believe It or Not machine, which offers a multi-tiered playfield filled with hyperkinetic bumpers which vary the speed of the silver orb. Masterfully, FarSight has fastidiously recreated every kickback, bumper, and slingshot- delivering an anthology which admirably imitates the arcades attractions of a bygone era. 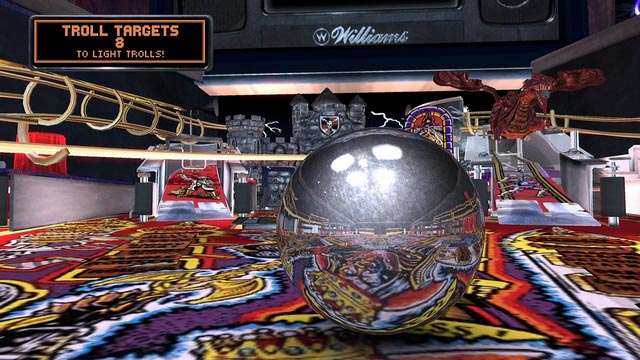 What are the game’s strengths? Building on their success with the Pinball Hall of Fame games, FarSight’s physic modeling is nearly faultless. When ricocheted off various features of each table, the ball reacts naturally, conveying a nice sense of weight and momentum. Advanced pin maneuvers like flipper bounces and hold passes are possible courtesy of the responsive feel of the flipper buttons. Shaking and nudging is emulated by a press of the left stick or rear-touch- but only the former delivers the precision required by serious pin-heads. While a gyroscopic option might have been useful for players who prefer to keep their fingers on the flipper buttons, it might have meant a few unnecessary tilts for commuters.

Those seeking a pinball experience which emulates the perspective of the actual game can turn their Vita sideways, using the button corners of the screen to engage the flippers. Although this doesn’t deliver the same satisfying feedback as using the shoulder buttons, the viewpoint does allow players to  see a bit more of each table’s details. Both the collection’s vertical view and three horizontal camera angles deliver action with a constantly fluid framerate- a requisite for any contemporary pinball sim. Pleasingly, the game includes the original sales flyers, brief table histories, and an encyclopedic walk-though for each scoring opportunity. 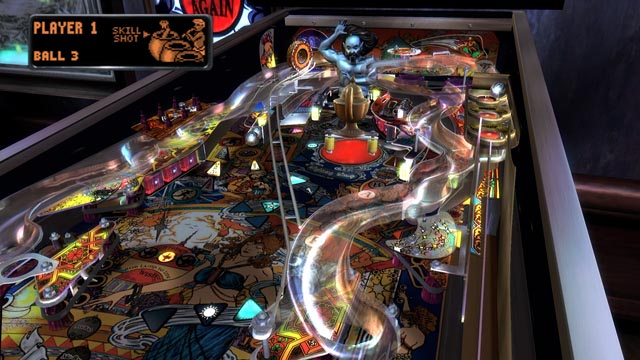 What are the game’s weaknesses? Regretfully, The Pinball Arcade’s leaderboard component pales in comparison to the sense of rivalry cultivated by Zen’s games. At the conclusion of each game, the title doggedly attempts to exchange data with the game’s servers, even if the Vita isn’t connected to a Wi-Fi signal. Those out of network range not only have to wait about fifteen seconds for the process to complete, but scores achieved offline aren’t uploaded to the high-score tables.

Currently, the game’s Challenge Mode is deactivated, postponed until the arrival of DLC tables. Hopefully, players aren’t forced to purchase additional machines for this element- but with Medieval Madness, Bride of Pinbot, Attack from Mars, and Gorgar announced as the preliminary downloadables, as long as FarSight’s supplemental machines are reasonably priced, pinball devotees probably won’t mind too much. 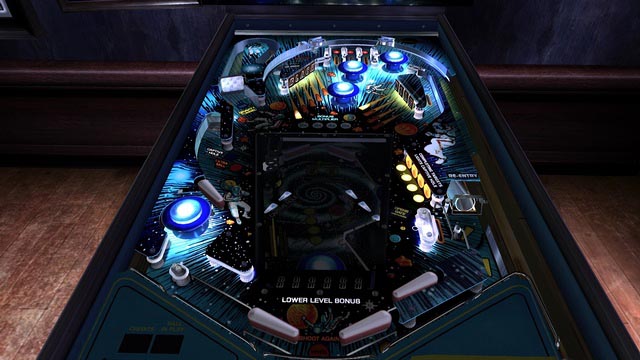 Is it worth the money? With The Pinball Arcade’s ability to painstakingly reconstruct the scoring loops and angled shots from that have all but disappeared from the public, the title is a requisite purchase for supporters of the silver sphere. Considering that players can own a piece of arcade history for the price of forty quarters and FarSight was generous enough to bundle the Vita and PS3 version together, even casual fans may want to explore this competent tribute to a leisure time legacy.