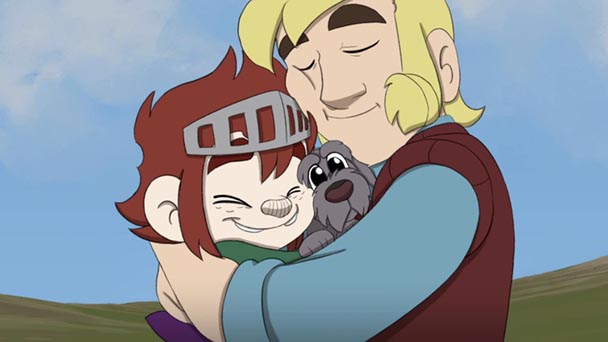 The release of 1983’s Dragon’s Lair validated the game industry’s infatuation with Hollywood animation. The title, as well as 1984’s Space Ace, demonstrated that coin ops weren’t limited to pint-sized, pixelated, protagonists. Instead, both games showcased the sumptuous hand-drawn animation of ex-Disney animator Don Bluth, the artist and director of The Secret of NIMH, An American Tail, All Dogs Go to Heaven. But once players looked the movie-quality visuals, gameplay was sorely lacking, with both Dragon’s Lair and Space Ace tasking players with moving and joystick and pushing a button in precise unison with on-screen dangers. Sure, both games were gorgeous to look at, but the trial-and-error based gameplay was irrefutably frustrating.

Fast forward over thirty years, and recent PlayStation 4 release The Little Acre extends the same type of opulent animation, but swaps the outdated, twitch-based gameplay for point-and-click based mechanics. Save for a conclusion that comes all too quickly and a few instances where inputs are timed, The Little Acre might be worth a look to adventure game aficionados. 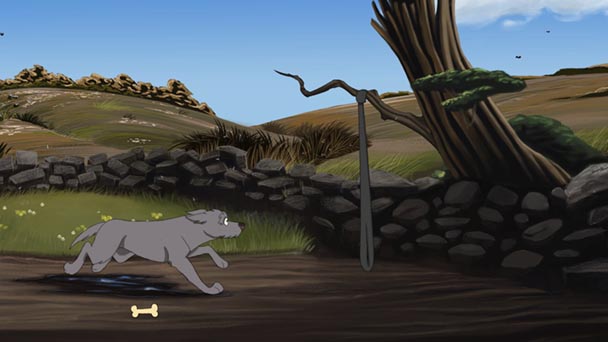 Likely, players will enjoy the game’s context, with Little Acre set in the pastoral countryside of 1950’s Dublin. Following a brief cinematic, players take control of Aidan, an affable engineer who is looking for work. Alongside him, and later playable, is his adventurous daughter, Lily and well as Dougal- the family dog. The trio live in a humble home that feels remarkably lifelike, with clothes strewn over chairs and just enough disarray to make the setting believable.

[pullquote]Your sojourn in Clonfira feels fleeting, with the lingering sensation that developers Pewter Games are only allowing a glimpse into the breadth of their collective imagination.[/pullquote]

Captivation is rooted in the game’s dichotomies. Whereas Aidan usually adopts a cautious approach, borne from his parental responsibility, Lily extends a sense of playful innocence and daring, as evidence by her ambition to become a swordfighting fairy knight. Likewise, The Little Acre’s locations offer two contrasting milieus. Whereas the countryside offers a Celtic-tinged take on My Neighbor Totoro-esque nostalgia, Clonfira is an isometric, occasionally precarious fantasy world with a giant caterpillar, echoing Disney’s Alice in Wonderland. 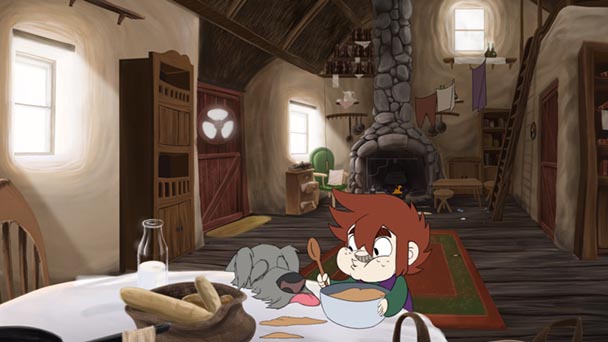 But like the bulk of The Little Acre, your sojourn in Clonfira feels fleeting, with the lingering sensation that developers Pewter Games are only allowing a glimpse into the breadth of their collective imagination. While the title provides all of the narrative-based requisites needed by any respectable adventure game, some elements aren’t giving the exposition they deserve, with a closure and antagonist that some players might feel are underdeveloped. On the upside, the pacing never lingers, with the game moving along briskly if players are able to successfully surmount the puzzles.

Pleasingly, The Little Acre avoids the pratfall of a superfluous inventory, endowing the trek with just enough puzzle-solving items. Another positive is the game’s console interface, which allowing for both protagonist movement and item highlighting with the DualShock 4’s left analog stick. When players are in control of characters any adjacent interactive objects are highlighted with face button icons, allowing for breezy navigation and manipulation. Once closer inspection is triggered, the title echoes traditional point-and-click style, with highlighting underscoring any notable objects. Puzzle-wise, The Little Acre’s solution set is just ambiguous or clever enough to sidestep simplicity and shouldn’t stump genre veterans. But if players do get stuck, help is as close as the drop-down menu system. 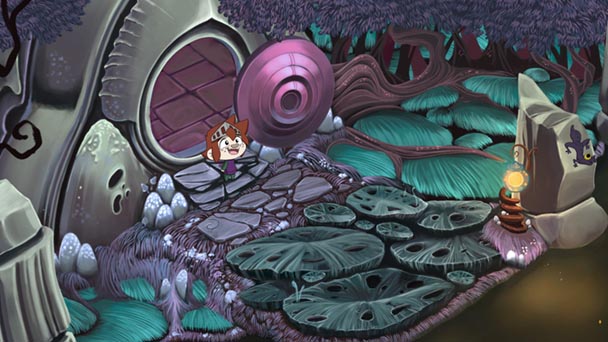 Visually, The Little Acre is a big delight. Undeniably, the game evokes the styling of Don Bluth’s work, recalling the hand drawn charm of The Secret of NIMH, An American Tale, and All Dogs Go to Heaven. When contrasted against character models created with a plethora of polygons, there’s something special about Acre’s salient charm, as characters move with a fluidity typically reserved for cinema. These appeal is especially apparent when the game converges on the melancholic, with the pictorial and poignant blending together near seamlessly. And while the game’s voice actors deliver a competent performance, the volume levels of each piece of dialog vary, undermining the impact of the spoken word. Fortunately, the game’s soundtrack doesn’t suffer from any mixing issues, allowing its soundtrack of Celtic instrumentation to warm the heart.

Recalling a number of distinguished animated features, The Little Acre’s two-hour journey feel fleeting, if only because we wanted to remain in Pewter Games’ stunning worlds and experience more of the likable cast. If brevity doesn’t bother you, then you should certainly give Acre a try. Between the game’s gorgeous animation and its uncomplicated point-and-click puzzling, there’s plenty to appreciate in this Little package. 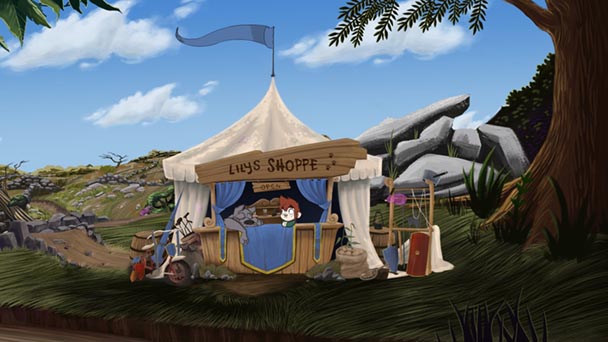 The Little Acre was played on the PS4 with review code provided by the publisher.

The Little Acre
Platform: PS4, Xbox One, PC, and OSX
Developer: Pewter Games Studios
Publisher: Curve Digital
Release Date: December 13th, 2016
Approximate Size: 3.12 GB
Price: $12.99 via PlayStation Network, Xbox Game Store, or Steam
The Little Acre review
The release of 1983&rsquo;s Dragon&rsquo;s Lair validated the game industry&rsquo;s infatuation with Hollywood animation. The title, as well as 1984&rsquo;s Space Ace, demonstrated that coin ops weren&rsquo;t limited to pint-sized, pixelated, protagonists. Instead, both games showcased the sumptuous hand-drawn animation of ex-Disney animator Don Bluth, the artist and director of The Secret of NIMH, An American Tail, All Dogs Go to Heaven. But once players looked the movie-quality visuals, gameplay was sorely lacking, with both Dragon&rsquo;s Lair and Space Ace tasking players with moving and joystick and pushing a button in precise unison with on-screen dangers. Sure, both games were&hellip;

Summary : The Little Acre channels the artistry of Don Bluth and the enjoyment of classic Lucasarts’ point-and-click games. If that mixture sounds stimulating, they a short, but satisfying adventure awaits.