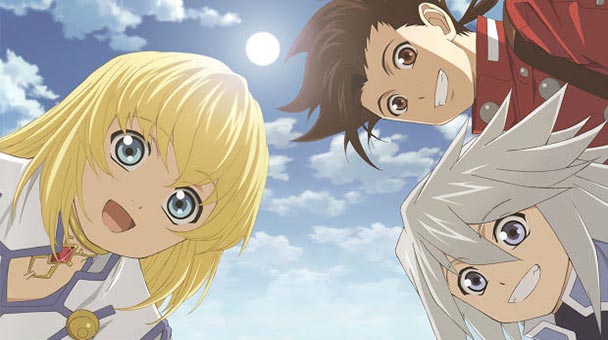 As the ever-growing convoy of action anthologies such as the Killzone, Ratchet & Clack, Sly Cooper, and Zone of the Enders collections have demonstrated, high-definition remasters appear to be profitable. Naturally, publishers have been expanding these efforts to other genres- with Square-Enix delivering both Kingdom Hearts HD 1.5 ReMIX as well as the upcoming Final Fantasy X/X-2 HD Remaster. Not to be left out of the role-playing renovation race, Bandai-Namco has released Tales of Symphonia Chronicles, a compilation comprised of the revered 2004’s GameCube title, as well as the less-lauded Wii follow-up, Dawn of the New World.  Although the package isn’t seamless, it’s undoubtedly a collection that RPG devotees will want to own, unless their elder consoles are still tethered to their HDTVs.

For many, the inclusion of Tales of Symphonia will be the major motivation for purchase. While a decade old, the title is a gratifying reminder of role-playing’s past- filled with likable protagonists and a consistently comprehensible plotline. Echoing the storyline of recent release Bravely Default, the narrative centers on the actions of Lloyd Irving and Colette Brunel, a duo tasked with regenerating the realm’s supply of mana by unsealing a set of five temples. Although the dialog too often favors exposition over conversation, the story veers and extends in unexpected directions, ultimately providing a contenting adventure that’s capable of involving gamers for at least sixty hours. 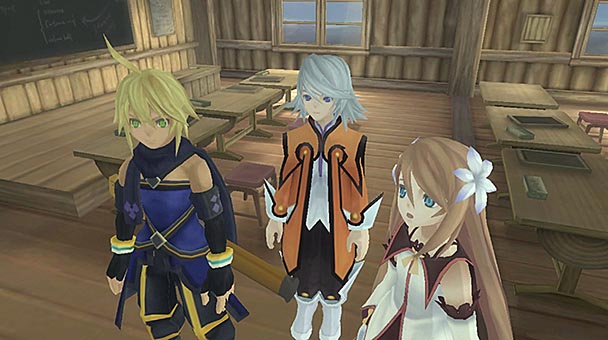 For returning players, Improvements to Symphonia will be immediately perceptible. Having a save file from Tales of Xillia bestows a bevy of character costumes, while the preference for the original Japanese voice acting is available from the game’s menu. Later, gamers will discover a number of smaller additions- from new character attacks, Mystik Artes, and even a few new skits- Tales’ optional dialog sequences which help to flesh out the story or point perplexed players in the proper direction.

Naturally, Tales of Symphonia receives a visual upgrade- but unfortunately, the improvements aren’t uniform. Character models and t environments receive redrawn textures which exhibit a higher fidelity, but there are still the sporadic assets such as the world map which look almost identical to the GameCube original. Notably, the game’s blurriness has been reduced, but in a move destined to draw the ire of graphical faultfinders, Symphonia’s seems be ported from the Japanese PlayStation 2 version. That means the sixty frame-per-second fluidity of the GameCube version is halved, seemingly removing a bit of the responsiveness during the title’s real-time combat. On the upside, the font used during dialog sequences in much easier on the eyes. 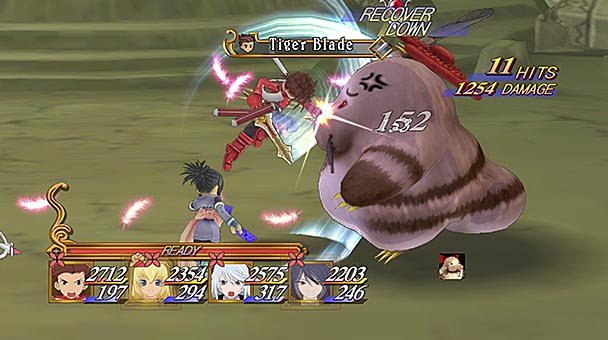 Engaging battles have always been a staple of the Tales series, and Symphonia is no different. Initially, the title’s clashes require scant strategy from gamers, with character able to issue beast-besting strikes with a simultaneous tug of the analog stick and a button press. Before long, nuance is introduced through components like EX Gems- which endow each character with up to four special skills or Unison Attacks, which unleashes a collective assault from every member of your adventuring party. Most notable is Symphonia’s adept artificial intelligence. Players give general directions to their CPU-controlled cohorts, with these characters demonstrating a pleasing sense of intelligence and autonomy.

The other half of the package, Dawn of the New World, doesn’t fare as well as Symphonia. The game’s idea of bringing back Lloyd Irving, but recasting the protagonist as a possible villain seems sound- but the concept in undermined by the inclusion of an irritating new lead. Obviously, the Tales team wanted to give Emil Castagnier a protracted character arc, but the game ends up replacing a cowardly, contemptible youth with a brash, disagreeable hothead. What’s more, Symphonia’s world map- which facilitated a gratifying sense of exploration, has been excised. While the exclusion does quicken the pace of New World, it also truncates the title’s playtime to the thirty-hour mark. 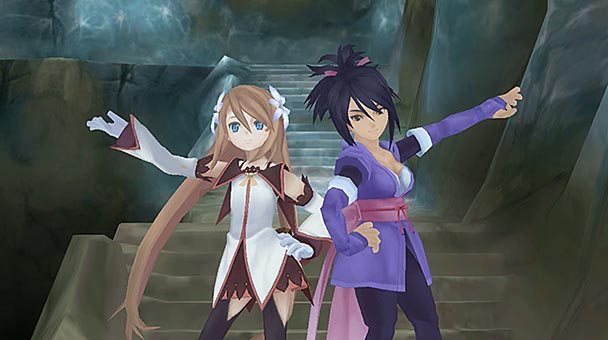 That said, the game does offer a few indulging elements. Recalling the allure of Pokémon, Emil is capable of capturing and cultivating a wide variety of monsters- with up to four fiends joining players in battle. To complement the integration of creature collection, New World also ushers in an elemental component, which not only varies the potency of party and monster attacks, but must be manipulated in order to wrangle in a monster. Given the title’s five year span over Symphonia, it’s not surprising that New World is graphically superior to its predecessor, with sharper visuals and higher framerate.

Although Tales of Symphonia Chronicles isn’t a faultless update, the package does provide players with over a hundred hours of absorbing role-playing for a reasonable forty-dollar price. Games who appreciate the qualities of a rollicking adventure will want to purchase the collection for Symphonia, which has lost little of its mechanical luster in the decade since its release. Either consider Dawn of the New World a cordial perk or a holdover until the release of Tales of Xillia 2 later this year. 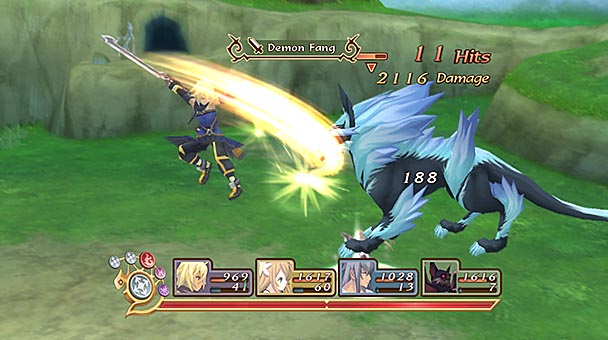 Tales of Symphonia Chronicles was played on the PlayStation 3 with a retail copy provided by the publisher.

Tales of Symphonia Chronicles Review
As the ever-growing convoy of action anthologies such as the Killzone, Ratchet &amp; Clack, Sly Cooper, and Zone of the Enders collections have demonstrated, high-definition remasters appear to be profitable. Naturally, publishers have been expanding these efforts to other genres- with Square-Enix delivering both Kingdom Hearts HD 1.5 ReMIX as well as the upcoming Final Fantasy X/X-2 HD Remaster. Not to be left out of the role-playing renovation race, Bandai-Namco has released Tales of Symphonia Chronicles, a compilation comprised of the revered 2004&rsquo;s GameCube title, as well as the less-lauded Wii follow-up, Dawn of the New World.&nbsp; Although the package&hellip;

Summary : Chronicles may not have the visual fidelity or complexity of a contemporary game, but that’s ok because Tales of Symphonia epitomizes the classic RPG experience. If you’re never played it, give the package a serious consideration.