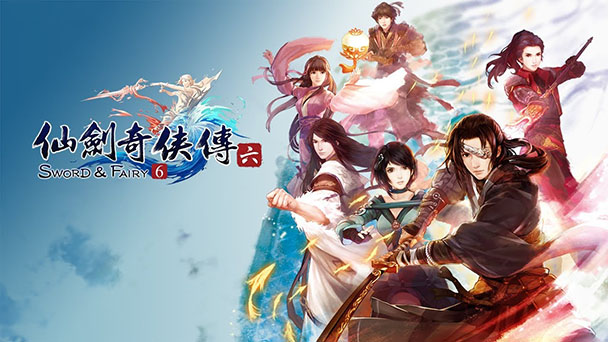 For some, the appeal of the Japanese role-playing game is rooted in the cultural. JRPGs are often masterworks of storytelling, crafting rich contexts inhibited by colorful casts of characters who experience satisfying character arcs and have detailed backstories. As one of civilization’s oldest cultures, China also has its own inventory of virtues. It’s Four Great Novels, Romance of the Three Kingdoms, Water Margin, Journey to the West, Dream of the Red Chamber are mind-bogglingly epic. The abridged version of Romance spans 120 chapters and contains 750,000 characters, while Red Chamber is roughly twice the size of War and Peace. When it comes to scale in storytelling, few can compete with China.

As such, I approached Sword and Fairy 6 with quite a bit of excitement. Also known as Chinese Paladin, the franchise is a phenomenon. Largely considered the country’s most iconic role-playing game, it’s not only spawned a succession of sequels since the first game was released in 1995, but also a dozen spin-off titles and even a pair of live action television series. Certainly, Sword and Fairy 6 would be a fascinating experience, I thought.

Sadly, it was thoroughly torturous, with little indication of why the series is so treasured. 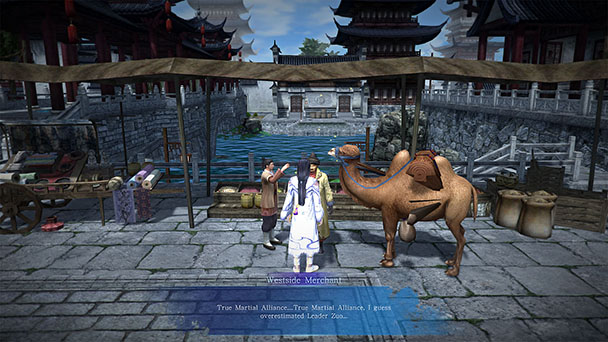 Let’s start with the good. Sword and Fairy 6’s cast is full of fascinating characters which gradually reveal layers of depth. Leads, Yue Jinzhao and Yue Qi, display district motivations, dispositions, and skills, adapting their communicative styles when interacting with different people. Certainly, Sword and Fairy 6’s plot exhibits potential, with a narrative that grows from a seemingly isolated incident into a much larger conspiracy.

But a consistent procession of typos and consistently awkward localization undermines the story. Undoubtedly, publisher EastAsiaSoft should have used a team more familiar with both Mandarin and English. Even with a very limited command of the former, I detected a number of questionable translation choices, with devils and beasts all falling under the umbrella of “orcs”, while “protoss” referred to gods. Occasionally, the source material shines through the slapdash text, with wuxia, shenmo xiaoshuo, and Chinese folklore endowing Sword and Fairy with richness. But mostly of the time, the dialog gets in the way of the storytelling. Sussing out subtexts and even dominant themes requires far more concentration than it should. 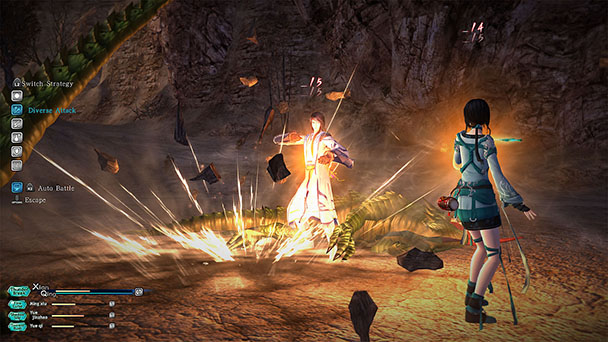 Arguably, if Sword and Fairy 6’s other components were extemporary, you could forgive the substandard exposition. But here, the game is a persistent parade of disappointments. Merely wandering across stages to trigger the next bit of storytelling is a chore. Unlike most games with clear-cut spaces, there’s little that’s off limits here. While there’s an icon to show you were to go, you can potentially go behind structures and even get stuck inside spaces that are not intended for exploration.

But even if you ignore the temptation for wayward exploration, you’ll encounter issues. Framerates habitually hover in the mid-twenties, and crashes will worrisome frequency. In one six-hour stretch, my PS4 Pro froze five times, with two instances requiring a database rebuild. The decision to use in-game models for most of the cutscene might have been cost effective, but it’s not without issue. The models look decent, but animations end up appearing quite wooden, and face expressions are very limited. Sonically, the game fares little better. While the Sword and Fairy’s music is certainly beautiful, a high compression rate makes it sound like streaming audio in the early 2000s. Voice acting can be competent, but isn’t normalized, so expect to hear conversations between two people speaking at very different volume levels. 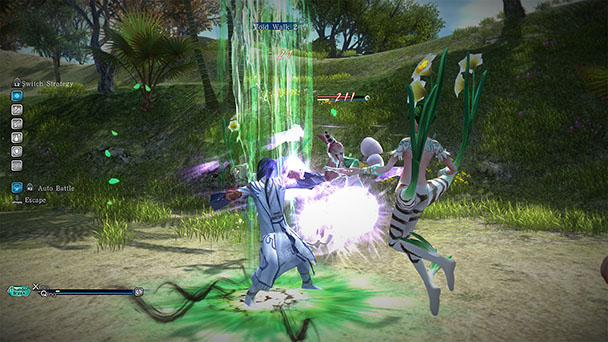 Often, substandard programming isn’t imperative when it comes to the turn-based battles of most role-playing games. But Sword and Fairy 6 draws inspiration from Final Fantasy XIII’s combat system, with turn taking set against a timer. In execution, players control a single character, periodically selecting from different attacks and items. Other party members try to follow a strategy that you dictate, but when it comes to essentials like healing, you’re probably better off on your own. Battles are run against a turn bar with more powerful assaults taking longer while lesser strikes allow for less waiting. But the issue here is that the games in incredible unresponsive, and you’ll often have to tap a button two or three times before it registers. Boss battles bring their own issues. It’s not uncommon to have to backtrack to an earlier save when there are no random battles to use as experience fodder.

Look on Steam, and you’ll witness China’s growing presence in gaming. While many efforts are nearly undisguisable from Western or Japanese titles, there are a few that are distinctly Chinese, representative of the nation’s rich legacy and plurality of customs. Sadly, Sword and Fairy 6 is not the exemplar that the country deserves and is so weighted down with bugs that it’s a disheartening disservice. That leaves an ample opportunity for others to create a game that inspires others. PRC, I know you are capable. 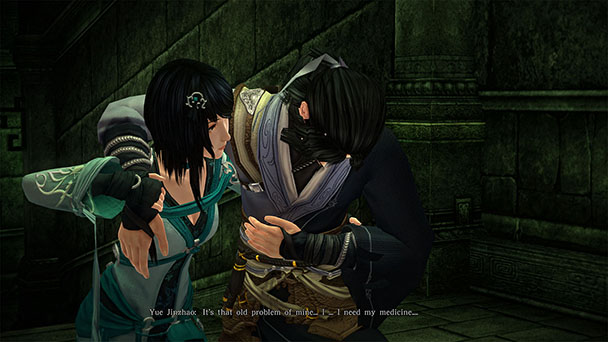 Sword and Fairy 6 was reviewed on the PlayStation 4 Pro
with review code provided by the publisher.

Sword and Fairy 6 review
For some, the appeal of the Japanese role-playing game is rooted in the cultural. JRPGs are often masterworks of storytelling, crafting rich contexts inhibited by colorful casts of characters who experience satisfying character arcs and have detailed backstories. As one of civilization&rsquo;s oldest cultures, China also has its own inventory of virtues. It&rsquo;s Four Great Novels, Romance of the Three Kingdoms, Water Margin, Journey to the West, Dream of the Red Chamber are mind-bogglingly epic. The abridged version of Romance spans 120 chapters and contains 750,000 characters, while Red Chamber is roughly twice the size of War and Peace. When&hellip;

Summary : Somewhere, beneath layers of impenetrable coding and incessant barrage of bugs is a game worth playing. Sword and Fairy’s porting is so bad, that seeing those merits are near impossible.