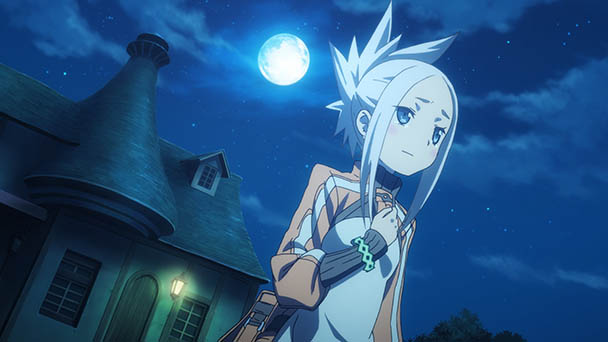 Like Criminal Girls, the Summon Night series has outlived the studio who originally created the franchise. The inaugural entry, its three subsequent follow-ups, and several spin-offs were all crafted by Gifu-based Flight-Plan, which departed from the industry in 2010. An ensuing effort was developed by Hyperdimension Neptunia Re;Birth revivalists Felistella, marking the main franchise’s first appearance in the West. With the recent release of Summon Night 6: Lost Borders, Media.Vision, the studio behind the Wild Arms and Digimon Story: Cyber Sleuth series have taken over development duties, positioning the property in capable hands.

But with a majority of the franchise lacking stateside localization, players might assume that jumping right into the sixth installment might be difficult. And while there’s little narrative continuity across the Summon Night games, save for persistent multi-verse populated by a number of distinct realms, Lost Borders is fundamentally a celebratory effort, uniting characters from across the seventeen year-old franchise. Fortunately, a trio of new leads ensures players won’t be completely perplexed. 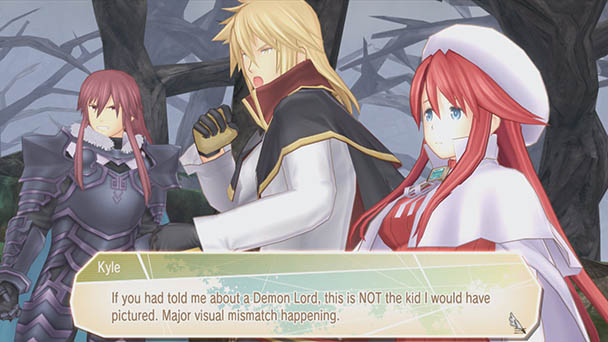 Lost Borders initially introduces players to Raj and Patch, an affable young man and his hoovering sidekick who live on the cocoon world of Fillujah. Here, the topography consists of jutting pillars and a sundry of random items, which bizarrely seem to have dropped from the sky. But when Magna and his rabbit-eared companion, Hasaha descend on the planet, Raj’s life of lonely scavenging shifts toward a gratifying new direction.

What follows is dialog that might seem loquacious and occasionally meandering. But given Raj’s extended seclusion, the approach seems believable. Although some might be tempted to speed through the interchanges, these conversations provide an advantageous amount of character description, leading to several gratifying developments. Generally, Lost Borders has a likable, low-key cast, in opposition to the theatrical archetypes found in many role-playing titles. 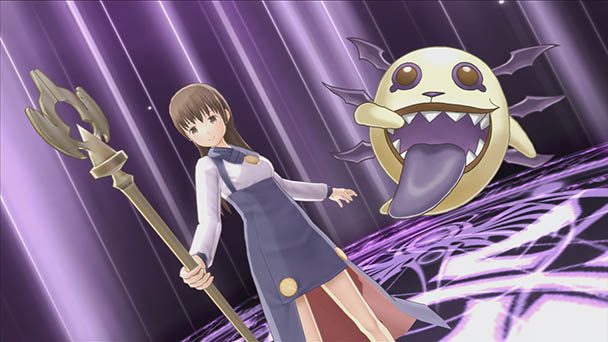 While newcomers might not recognize characters culled from past entries, the verbose exchanges help to reveal the plethora of personalities, ensuring players won’t be completely lost. Additionally, there’s an archive which offers a succinct background for each character, which helps to fill any knowledge gaps. But on the downside these records require collection, tasking players with opening chest scattered across battlefields, requiring such alterations to strategy. Even with these entries, there’s the strong likelihood of overlooking references, which can endow Summon Night 6 with a trace of nostalgia, a moment of whimsy, or even comical misunderstanding stemming from the multi-dimensional universe.

Like the Utawarerumono series, extends visual novel-like level of exposition, with chapters highlighted by intriguing, turn-based battles. Beyond the primary plotline, players have the opportunity to participate in night talks, a series staple which offer not only offers more intimate exchanges but also the opportunity to earn affection points. Unsurprisingly, affection influences outcomes, pushing players toward over a dozen main endings, some of which even have secondary variations. 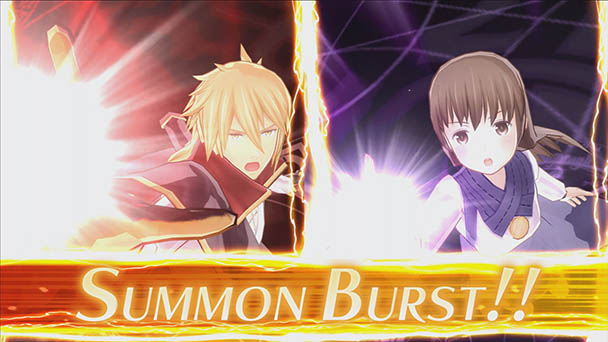 But unlike Aquaplus’ game which spent more time storytelling that allows players to strategize, Summon Night 6 finds a more satisfying balance, sending parties to battlefields with more frequency. Gratifyingly, combat is one of the game’s strongest elements, and save for a slightly less sophistication and variance that top-tier SRPGs, skirmishes are poised to engross players.

Unlike most of its peers, where movement is handled with by using a cursor to highlight the desired location of travel, Summon Night 6 shows a range boundary, allowing units to freely reposition, and adding fluidity to the proceedings. This is advantageous, as positioning is crucial. Attacking an enemy from the rear or side intensifies damage, while facing your opponent leaves you prone to counterattack. Surround enemies with more or more allies and you’ll trigger a Chain Attack, which can help siphon the hit points from obstinate foes. Pleasingly, bestows all the tools needed for success, displaying details like attack rates before you commit to a strike. 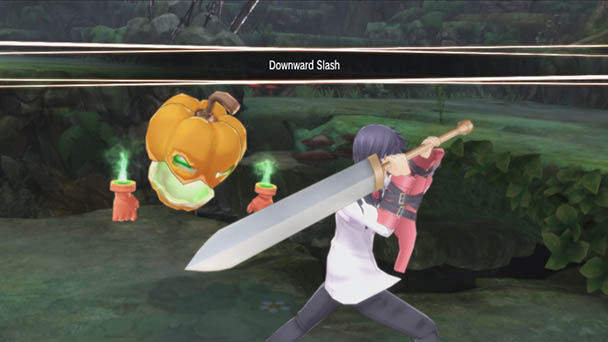 One of the series’ hallmark tensions is the decision of whether to rely on standard physical attacks or to utilize summons. Calling up a variety of creatures to support your offensive or support strategies is enjoyable, especially since Lost Borders’ bestiary has the depth of a Pokédex, endowing what could have been a straightforward ability set with a variety of anthropomorphized characteristics. Perhaps we’ve a bit too enamored with collection mechanics of Pokémon and Yo Kai Watch, but it would have been stimulating if Summon Night 6 challenged tradition, integrating the gathering of summons into its experience.

Available on both PlayStation 4 and the PS Vita, the game manages to straddle the space between graphical ambition and parity between console and portable hardware. On both systems, the storytelling is conveyed through detailed, two-dimensional portraits rendered with Live2D, extending fluid animation and a multiplicity of facial expressions. Combat is just as competent with detailed arenas that are typically awash with color, yet not so garish that it even becomes difficulty to track enemy positioning. Musically, the game’s soundtrack is thoroughly enjoyable with enough melodic compositions to push players toward seeking out the now out of print Wonderful edition. 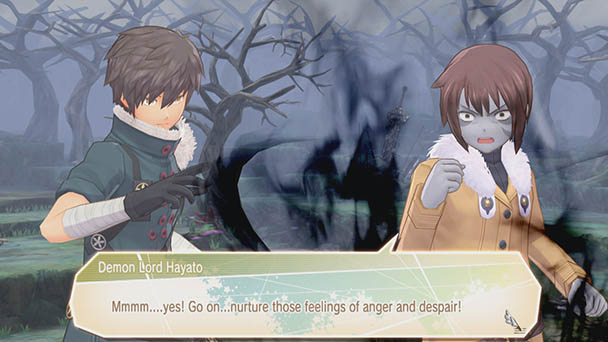 Given former Victor Ireland’s (Working Designs) input, it’s not surprising to learn that Lost Borders’ massive localization is largely adept. There’s enough text to rival a Kiseki title, yet there’s consistently to character voice and obedience of grammar. But that said, the game’s decision to offer only English voice over for scene with spoken script will be contentious. Almost uniformly, the acting seems rather flat, confiscating sentiment from a few scenes. To make matters worse, the default settings supply a muddled sound mix, where music overpowers speech.

While stateside gamers might have been able to play some of Summon Night’s spin-offs, the main franchise was largely off-limits for those unable to read Japanese. Fundamentally, that’s a shame, as the franchise’s intriguing mythos and strategy role-playing elements are a delight, and well-deserving of a larger audience. With Summon Night 6: Lost Borders, Gaijinworks extends its second localization, potentially opening up the world of Lyndbaum to a plethora of new players. Accept the invitation if you’re a visual novels and strategy role-playing mechanics, and don’t mind conducting a bit of research to learn about the backgrounds of its cast. 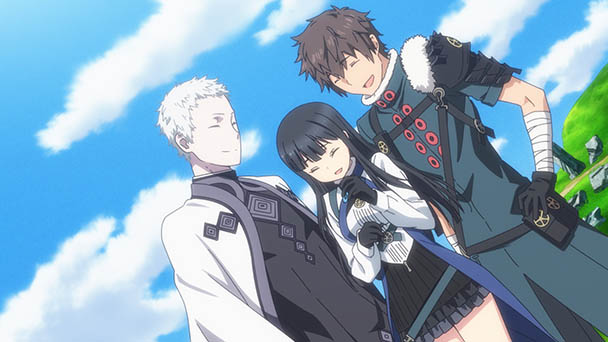 Summon Night 6: Lost Borders was played on the PlayStation 4
and PS Vita with review code provided by the publisher.

Summon Night 6: Lost Borders
Platform:
PlayStation 4, PS Vita
Developer: Media.Vision
Publisher: Gaijinworks
Release date: October 31st, 2017
Price: $59.99 (PlayStation 4), $44.99 (PS Vita), available via retail and digital
Difficulty: Adjustable, easy to moderate
Summon Night 6: Lost Borders review
Like Criminal Girls, the Summon Night series has outlived the studio who originally created the franchise. The inaugural entry, its three subsequent follow-ups, and several spin-offs were all crafted by Gifu-based Flight-Plan, which departed from the industry in 2010. An ensuing effort was developed by Hyperdimension Neptunia Re;Birth revivalists Felistella, marking the main franchise&rsquo;s first appearance in the West. With the recent release of Summon Night 6: Lost Borders, Media.Vision, the studio behind the Wild Arms and Digimon Story: Cyber Sleuth series have taken over development duties, positioning the property in capable hands. But with a majority of the franchise&hellip;

Summary : Even the absence of dual audio does little to dampen enthusiasm for Summon Night 6: Lost Borders. Media.Vision’s contribution to the franchise is a winner on both portable and home screens, blending story and strategy into an agreeable experience. 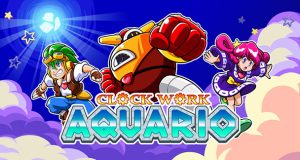 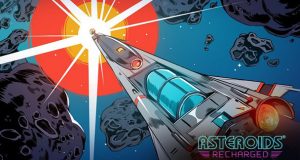