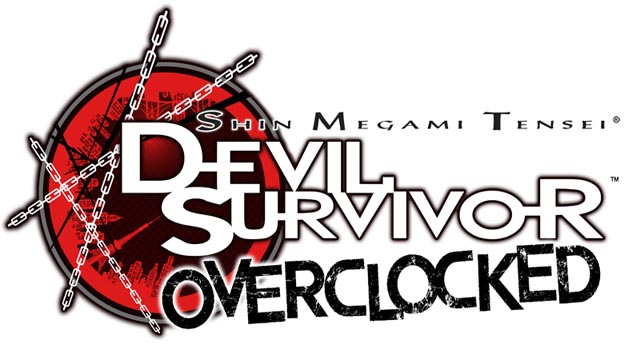 With a recent price drop and an influx of aftermarket devices capable of bolstering an underwhelming battery life, Nintendo’s 3DS has one final obstacle to overcome- the portable system desperately needs a diversified software library. While fighting, racing, and minigames titles are all well-represented, until recently, the system lacked a JRPG. With the release of Shin Megami Tensei: Devil Survivor Overclocked that lapse has been capably corrected. Building upon the adept foundations exhibited by the 2009 DS release, this enhanced edition is a prototypical portable role-playing game certain to please both series fans as well as newcomers.

Forsaking the fantasy-themed tropes which permeate the genre, Devil Survivor Overclocked’s contemporary context offers an inspired amalgam of demons and technology. Players assume of the role of an affable main character who is initially accompanied by two appealing acquaintances – the spirited Yuzu, as well as the tech-savvy Atsuro. The game’s plotline begins as each protagonist receives a Communication Player (or COMP), a portable device which resembles a 3DS- yet permits players to acquire and manage demons. While the gadget’s demon-encapsulating capability might remind players of a Pokéball, its ability to foretell cataclysmic events ensures Devil Survivor has a far bleaker tone than Game Freak’s series. 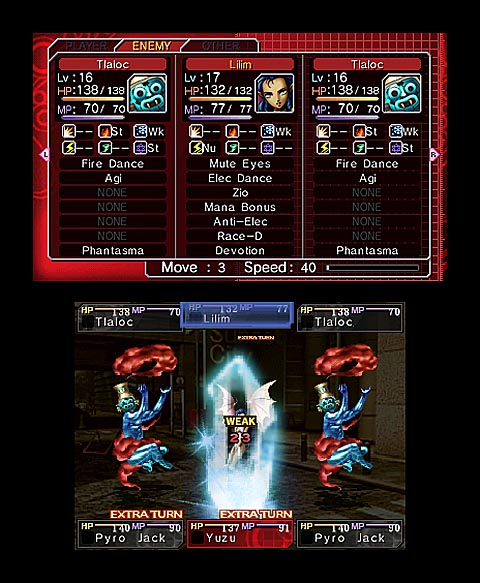 Additionally, COMPs grant access to the title’s demon auctions, allowing each the game’s protagonists to fill two open slots with an increasingly formidable array of creatures. Mimicking the functionality of eBay, players can imitate a quick bidding war with three AI opponents or even buy a beast outright at a premium price. After winning an auction, Devil Survivor Overclocked even permits players to default- withdrawing from the agreement with a slight penalty to their status. With a constant influx of new demons (which match the party’s skill level) as well as the elimination of outbid ones, the game’s auctioning component proved to be consistently absorbing. Later, the ability to create demon hybrids by combining two existing demons together is provided- allowing players to pick and choose active, passive, and special abilities from the creatures’ collective aptitude pool. 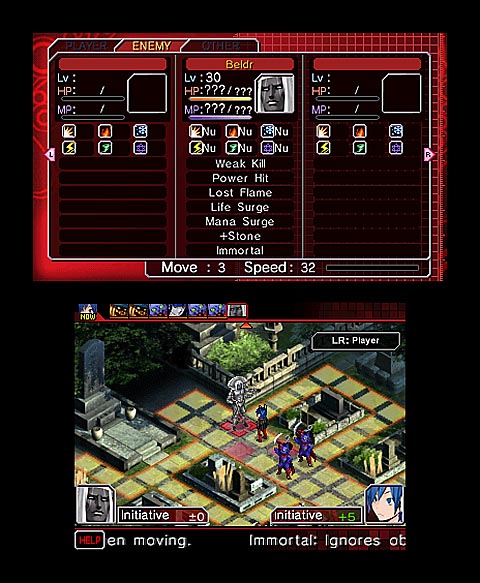 Sticking close to the mechanics utilized by Atlus’ Shin Megami Tensei: Strange Journey and Persona 3 Personal, Devil Survivor Overclocked abandons the typical town-crawling of many role-playing titles, allowing players to quickly move from one Tokyo city-ward to the next via a menu system.  Options to listen to the local townsfolk, communicate with your party, or initiate optional free battles all exist, and must be balanced against a dwindling game clock. As such, Devil Survivor Overclocked avoids the rigid linearity of similar titles, with plotlines and characters emerging or erasing based on the player’s decisions. Regretfully, the consequence of each decision isn’t always telegraphed to the players, limiting the sensation that players are in control of their own destiny. Although painting yourself into a game culminating corner is unlikely, the title improves on its DS predecessor by offering three save slots to record each step of your progress. 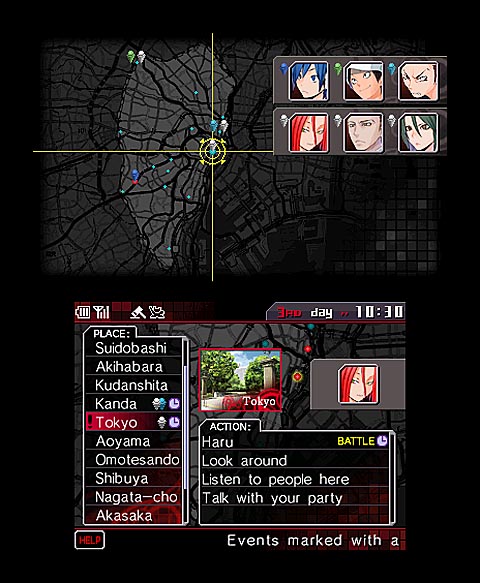 Despite a number of auxiliary activities, the bulk of a player’s time will be spent in Devil Survivor Overclocked’s rich combat system which competently blends classic SRPG unit placement with more traditional turn-based mechanics. Skirmishes start with player’s selecting their team’s loadouts and battlefield positions with the action changing pace one unit engages an attack. Here, conflicts are frequently three-on-three affairs, with extra turns given if players land a critical hit or exploit an enemy’s susceptibility. Smartly, the 3DS’s screen real estate is efficiently utilized with all the necessary statistical information on the top screen, while the touchpad conveys the ebb and flow of each strike.

Aesthetically, Devil Survivor Overclocked makes a number of key improvements over its ancestor. A majority of the dialog delivered by the game’s main characters is proficiently voiced. Considering the amount of speech in the game, and the game’s cartridge-based format, the enhancement is both surprising as it is appreciated. While the game’s graphics have been enriched to take advantage of the top-screen’s higher-resolution, the title shirks three-dimensional output most of the time. Considering the amount of time spent strategizing battles, this isn’t too much of blemish. The final key supplement is the inclusion of the Eighth Day, a pleasing epilogue which offers a comforting coda to the game. 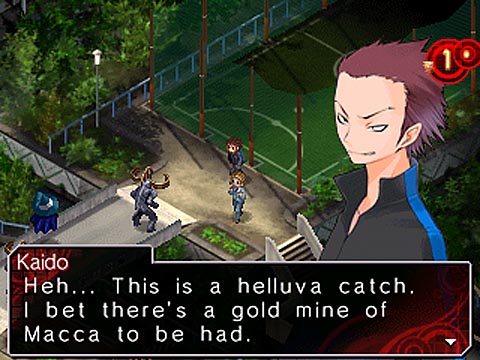 By offering a thoroughly polished and pleasing role-playing experience, Shin Megami Tensei: Devil Survivor Overclocked remedies a glaring omission in the 3DS’s library. With multiple difficulty levels, optional tutorials, startling depth, and a hospitable learning curve, the title is just as suitable to MegaTen veterans as it is to franchise neophytes. Hopefully, the game is a harbinger for the JRPG-starved system.