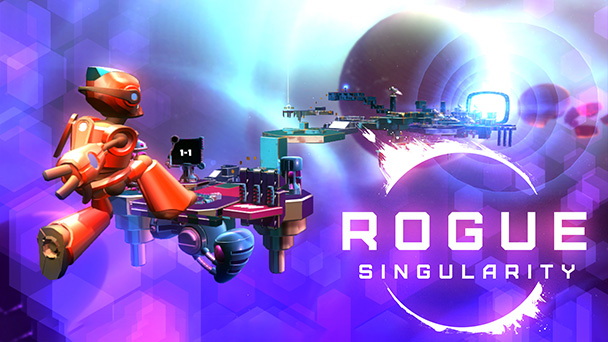 Amidst the late ‘90s, gaming had an all too fleeting love affair with extreme sports. Building on the popularity of the X Games, interactive interpretations captured the thrills of activities like motocross, skateboarding, and snowboarding, without the risk of actual bodily harm.

Some of the eras more eccentric titles drew only broad inspiration from activities, with Yanya Caballista: City Skater’s requiring players to place a fingerboard across their DualShock 2 sticks while ESPN Extreme Games let you lash out at opponents when roller blading, mountain biking, or street luging. Unfortunately, rock climbing never received the stylized, over-the-top interpretation the activity deserves, with 1999’s Extreme Rock Climbing and 2006’s The Climb delivering realistic takes on wall scaling. 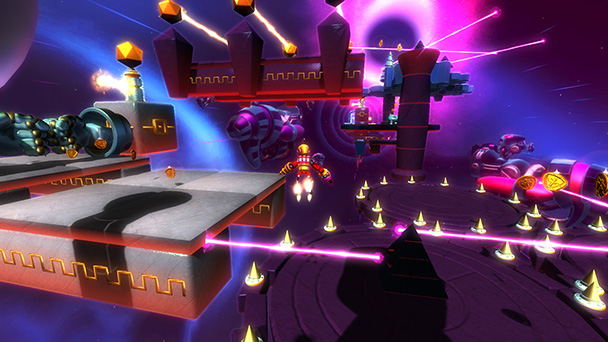 As such, this makes the PC and Switch release of Rogue Singularity rather remarkable. Sure, title mostly eschews verticality, with the game’s robotic lead bounding across procedurally-generated platforms, taking inspiration from Mario’s three-dimensional outings.

But the manner you tackle each stage is unmistakably reminiscent of the approach of scaling a rock wall. You’re constantly scanning the environment for your next piece of environment to move to, often making decisions about speed and safety. Occasionally, the urge of brazen recklessness kicks in and you’ll making the kind of daring leap that recalls the opening scene in Mission: Impossible 2. 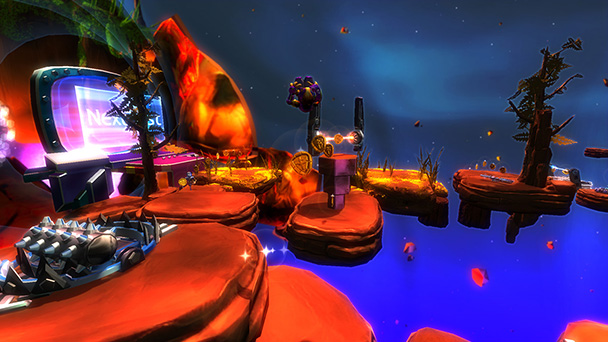 Developer Considerable Content isn’t keen on making you sign waivers or forcing instruction. Instead, they opt for a hand-off approach, meaning you’ll be forced how unlockable abilities and one-off items work. But since these constituents are a ubiquitous part of the gaming vernacular, you shouldn’t have too much trouble understanding how to acquire and activate these assistive elements. Still, it’s difficult to sore at any developer than literally makes you cross a chasm before starting a new game.

With the ability to roll, jump, double jump, the game’s protagonist has a repertoire built on navigational tradition. But the developer added a few more abilities to make the trek through each meandering stage a bit easier. Hold down a shoulder button and the robotic hero will crouch, charging for a powerful leap that can catapult him skyward. Most beneficial is his ability to cling to the side of structures. Not only can you scale-jump the side of tall structures, but you can also glide down. 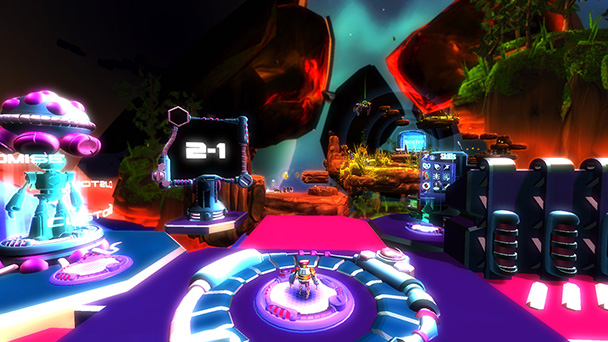 Coins are scattered across each level, often luring you into perilous places. But gather enough of them and you’ll be able to unlock assists like a grappling hook that can propel you toward walls or a return-to-home button that transports you back to the level start. Fittingly, you’ll increasingly depend of each of these capabilities as you make your way through the levels and across worlds, which each increase the number of hazards. Here, the developers deserve a bit of credit. Although there’s the occasional threat that breaks through a part of the environment, game-breaking dead ends are exceedingly rare.

That’s not to say that navigation is easy. Often, you’ll want to slow your progress through a stage, rotating the game’s camera to check for unseen gaps or threats. Even when you do glean a seemingly optimal angle on the action, losing on your five lives can happen when you misjudge the situation. Some of the problem is the small shadow you cast, which can make jumps a bit hard to gauge. While coin have a bubble around them to help with collection, a lack of any shadowing can make their location indistinct. Occasionally, obstacles impair your perspective, which can lead to frustration, since you can only survive one hit. 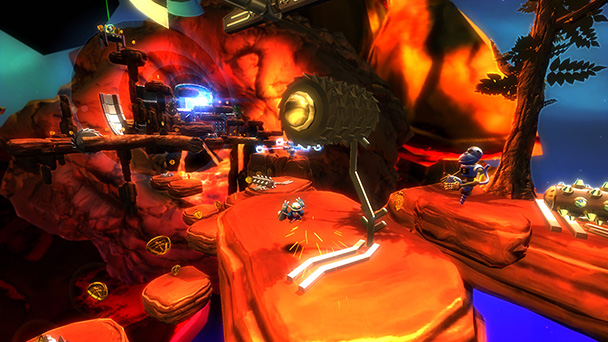 On the upside, the draw-distance on the Switch in phenomenal, with Rogue Singularity often exhibiting an entire level on-screen. The trade-off is a thirty frame-per-second performance, which is reasonable given that you’re always in control of the game’s pace. And while speedrunning might earn you a place on the online leaderboards, it’s thankfully never required. Another constructive element is Derris Kharlan’s chiptune soundtrack, which offers the kind of optimistic anthems that underscore the pluckiness of the main protagonist.

While there’s a few frustrations present in Rogue Singularity, none of them are harsh enough to dampen the spirit of circumnavigating the game’s randomized stages. Hoisted by a collection of capabilities and a few smart design decisions, leaping and climbing through Rogue Singularity might sustain your attention longer than you expect. That said, a sequel that polished a few blemishes and provided additional variation would be very welcome. 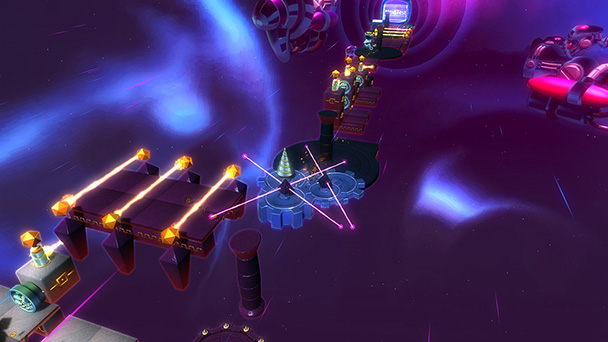 Rogue Singularity was played on Switch with review code provided by the publisher.

Rogue Singularity review
Amidst the late &lsquo;90s, gaming had an all too fleeting love affair with extreme sports. Building on the popularity of the X Games, interactive interpretations captured the thrills of activities like motocross, skateboarding, and snowboarding, without the risk of actual bodily harm. Some of the eras more eccentric titles drew only broad inspiration from activities, with Yanya Caballista: City Skater&rsquo;s requiring players to place a fingerboard across their DualShock 2 sticks while ESPN Extreme Games let you lash out at opponents when roller blading, mountain biking, or street luging. Unfortunately, rock climbing never received the stylized, over-the-top interpretation the activity&hellip;

Summary : A rogue-like build around randomly generated three-dimension platforming has a lot of potential for disappointment. Surprisingly, Rogue Singularity evades many of those obstacles, offering an unexpected enjoyable action title.